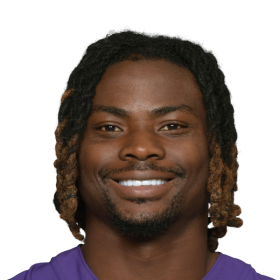 Edwards signed with the Baltimore Ravens as an undrafted free agent on May 4, 2018....

Edwards signed with the Baltimore Ravens as an undrafted free agent on May 4, 2018. He was waived on September 1, 2018 and was signed to the practice squad the next day. He was promoted to the active roster on October 13, 2018. In Week 6 of the 2018 season, he made his professional debut in the 21–0 victory over the Tennessee Titans. He had 10 carries for 42 yards in the game. In a Week 11 victory over the Cincinnati Bengals, he recorded 17 carries for 115 yards and a touchdown.

Edwards joined elite company on November 25, 2018, when he recorded 23 carries for 118 yards in a 34–17 victory over the Oakland Raiders. He became the first Ravens' rookie running back to have back-to-back 100+ yard rushing games since Jamal Lewis in the 2000 season. He finished the season as the Ravens leading rusher with 718 rushing yards and two touchdowns. He also finished fifth among all rookie running backs in rushing yards. In the Wild Card Round against the Los Angeles Chargers, he had 23 rushing yards in his playoff debut, a 23–17 loss.

In the 2019 season, Edwards finished with 133 carries for 711 rushing yards and two rushing touchdowns.

Edwards signed a one-year exclusive-rights free agent tender with the Ravens on July 28, 2020.

The Ravens placed a second-round restricted free agent tender on Edwards on March 10, 2021. 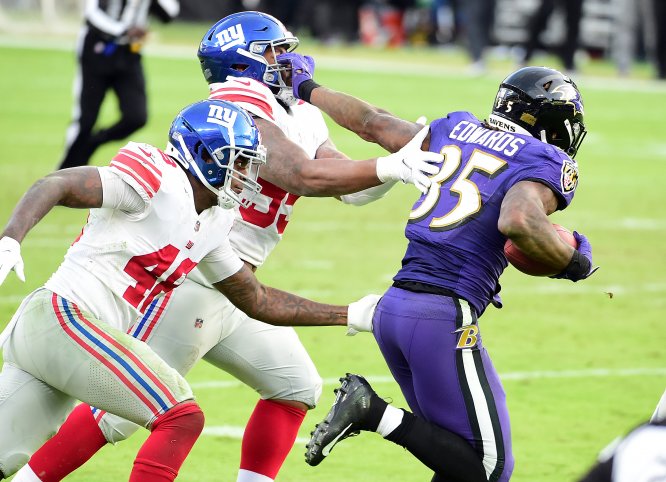 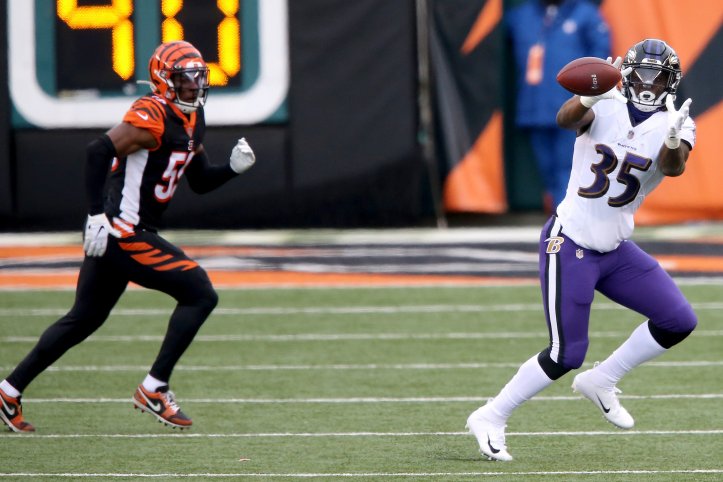 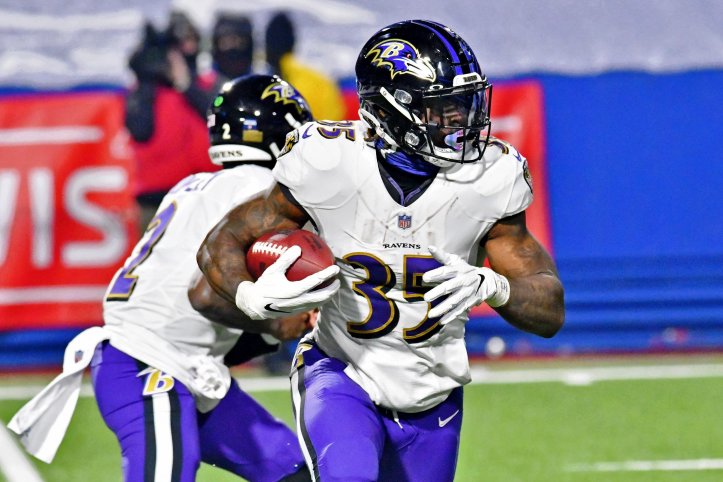