At high school, he earned MVP of the Freeway League and first-team All-CIF Southern Section Southwest Division on the defensive line in 2013, he also earned first-team all-county from the Orange County Register and all-area honors from the Whittier Daily News, and earned third-team all-state (all div...

At high school, he earned MVP of the Freeway League and first-team All-CIF Southern Section Southwest Division on the defensive line in 2013, he also e...

At high school, he earned MVP of the Freeway League and first-team All-CIF Southern Section Southwest Division on the defensive line in 2013, he also earned first-team all-county from the Orange County Register and all-area honors from the Whittier Daily News, and earned third-team all-state (all division) from CalHiSports.com. He also played as a running back in short-yardage situations.

As a freshman, played on the varsity as La Habra won the Southwest Division playoffs, he started as a sophomore, when Highlanders went 9-4 and made it to the playoff semifinals, ranked by ESPN as the No. 42 recruit in California and the No. 44 defensive tackle in the country, also the Freeway League MVP, Whittier Daily News area Defensive Player of the Year and first-team All-Southwest Division as a junior in 2012, and his team went 8-4 and advanced to the second round of the playoffs his junior year.

As a senior, he helped Highlanders to a 10-2 record and the second round of the CIF Southern Section Southwest Division playoffs, was listed as the No. 37 DT in the country and the No. 66 prospect in California by scout.com, rivals.com listed him as the No. 77 player in California, won Freeway League championships in both the shot and discus as a junior on the track team in 2013.

During 2014, he redshirted his true freshman season, and was listed on the depth chart early in the season, but never saw any game action. On 2015, he played in all 13 games, starting six, earned honorable mention All-Pac-12, made Husky debut in the opener at Boise State, had one stop vs. the Broncos, also had one tackle in the victory over Sacramento State, also played vs. Utah State and California, scored one tackle in Washington's victory at USC, made two tackles vs. Oregon, got first Husky start at Stanford, notching two tackles, earned a start vs. Utah, when he led the UW with 10 total tackles, also started at Arizona State, where he had three tackles, he started at Oregon State, making three tackles, made one stop in the Apple Cup win over Washington State, and scored two tackles, one of them for a loss, in the bowl game vs. Southern Miss.

For the 2017 season, he started all 13 games, was named to the Academic All-Pac-12 second team, and also earned second-team All-Pac-12. Greg finished the win over Rutgers with four tackles and two pass break-ups, earned the UW coaches' lineman of the week award for the Rutgers game, made one tackle – a sack – in Washington's win over Montana, had four tackles in the game at Colorado, recorded one tackle and a fumble recovery at Oregon State, socred three tackles in the UW win over Cal, had two stops in the Arizona State game, made two tackles, including a sack, in the win over UCLA, recorded four tackles, including one-and-a-half for a loss, in the 38-3 win over Oregon, in the game at Stanford, recorded three tackles,  had four tackles, including half a sack, in the win over Utah, scored one tackle, for a loss, in the Apple Cup win over Washington State, recorded one tackle vs. Penn State in the Fiesta Bowl, and for the second year in a row, won the L. Wait Rising Lineman of the Year Award at the UW postseason awards banquet.

Gaines was drafted by the Los Angeles Rams in the fourth round (134th overall) of the 2019 NFL Draft. 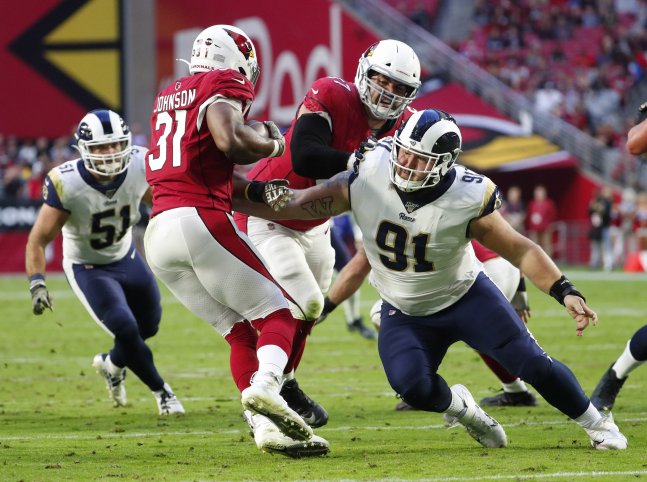 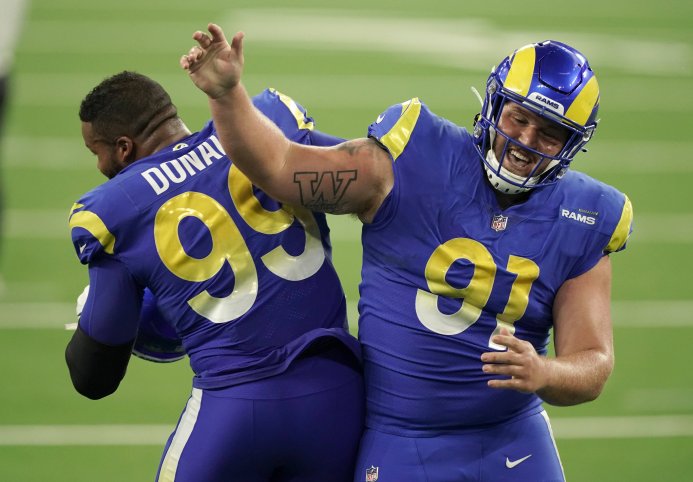 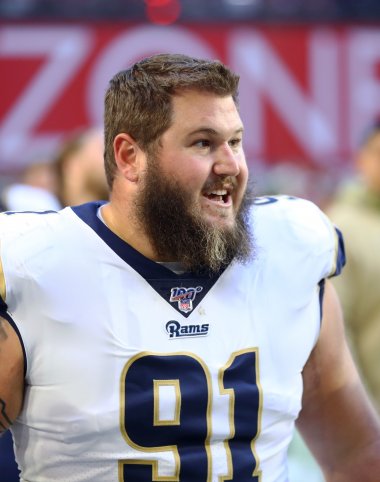 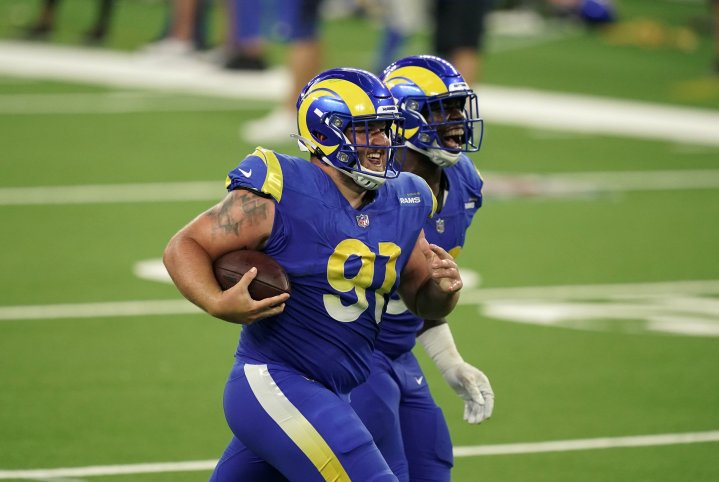 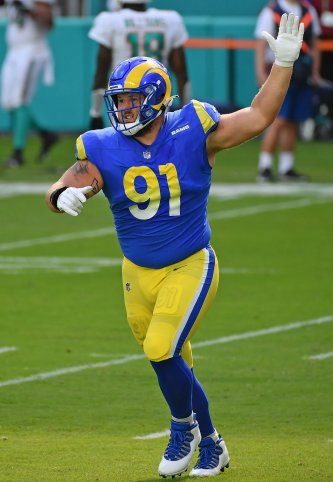