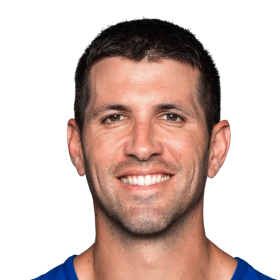 Gano grew up in Cantonment, Florida, near Pensacola, Florida and attended J. M. Tate High School, Home of the Mighty Mighty Aggies, where he was a two-sport star in football and track. In high school football, he was an All-American First-Team selection by USA Today and t...

Gano grew up in Cantonment, Florida, near Pensacola, Florida and attended J. M. Tate High School, Home of the Mighty Might...

Gano grew up in Cantonment, Florida, near Pensacola, Florida and attended J. M. Tate High School, Home of the Mighty Mighty Aggies, where he was a two-sport star in football and track. In high school football, he was an All-American First-Team selection by USA Today and the nation's third-ranked kicker by Rivals.com. Gano played in the CaliFlorida All-Star game, completing a 50-yard field goal in the game. During his senior season, Gano kicked three field goals over 55 yards (57, 64, and 65 yards) and had a 71-yard field goal made which was negated by a penalty. A total of 36 of his 38 kickoffs were touchbacks and he averaged better than 42 yards per punt as a senior.

During his senior year in 2008, Gano finished first in the FBS for field goals made, percentage of field goals converted and 50-yard field goals made, and was the Lou Groza Award winner as the nation's top kicker. He was one of only two kickers in college to make over 90% of his field goal attempts in the 2008 season. He was the highest scoring kicker in America and fourth overall in the FBS in scoring. He was a Rivals.com, Scout.com, and CBS Sports first team All-American. Gano was listed as Walter Camp, Associated Press, Sporting News, SI.com, and Phil Steele second team All-American. He earned All-ACC First Team honors as well.

Gano was four-time ACC Specialist of the Week for his kicking performances against NC State, Virginia Tech, Clemson, and Maryland. He also was a two-time Lou Groza Star of the Week honoree for his performances in Florida State's victories over NC State and Clemson. He was named offensive special teams player of the year for the Seminoles as selected by the Florida State coaching staff. He led the ACC in field goals per game with a career-high 2.2 field goals per game average. Gano has the highest field goal percentage in the ACC; in 2008, he made 92.3 percent of his field goal attempts (24 of 26) and led the league in field goals made with 24. He was also the ACC's leading scorer with 105 points and a 9.5 points per game average. Gano is the only kicker in FSU history to convert over 90% of his field goals in a season. He is one of only two punters ever to be named the MVP of a bowl game, when he was named the Most Valuable Player in the 2008 Champs Sports Bowl.

Gano had an NFL-leading 62 points in November 2015, going 15-for-17 on field goals and 17-for-18 on extra-point attempts. For his performance during November, Gano was awarded the NFC Special Teams Player of the Month. He became only the second kicker in Panthers' franchise history to win the award. Through the first 12 weeks of the season, Gano ranked second in NFL in points scored with 110, trailing only New England Patriots kicker, Stephen Gostkowski (111). During the Panthers 38–35 victory over the New York Giants, Gano kicked his second walk-off winner this season as time expired to move the Panthers to a 14-0 record. Gano finished the 2015 NFL season with 146 points, breaking John Kasay‘s team record for most in a season (145, 1996). During the season, he also topped the NFL with 69 touchbacks and a 72.0 yard average kickoff distance.

In Super Bowl 50, Gano was one-of-two on field goals and converted the lone extra point for the Panthers. In the third quarter with the Panthers trailing by a score of 13–7, Gano missed a field goal that hit off the right side of the goal post. The Panthers went on to fall to the Denver Broncos by a score of 24–10. On September 17, 2017, in Week 2, Gano scored all of the Panthers' points in a 9–3 victory over the Buffalo Bills. The three field goals he converted were a 34-yarder, 28-yarder, and a 20-yarder.

In the 2017-18 Playoffs, Gano missed a 25-yard field goal attempt early in a Wild Card Game against the Saints but would go on to make four field goals, including a 58-yard field goal, tying Pete Stoyanovich for the longest field goal made in the postseason in NFL history. Gano was named to his first Pro Bowl in 2017 as an injury replacement for Greg Zuerlein. On March 6, 2018, Gano signed a four-year, $17 million contract extension with the Panthers. On October 7, 2018, Gano kicked a 63-yard field goal game-winning field goal as time expired in a 33-31 victory over the New York Giants, earning him NFC Special Teams Player of the Week. The kick also tied the non-altitude assisted field goal record set in 1970 by Tom Dempsey and tied in 2012 by David Akers. He was placed on injured reserve on December 19, 2018 after sitting out the previous two games due to injury. He finished the season having converted 30 of 33 extra point attempts and 14 of 16 field goal attempts. On August 30, 2019, Gano was placed on injured reserve, ending his 2019 season. He was released by the team on July 30, 2020. 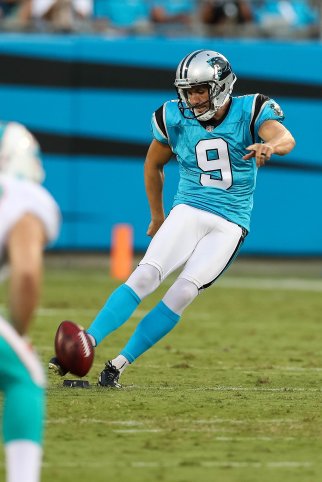 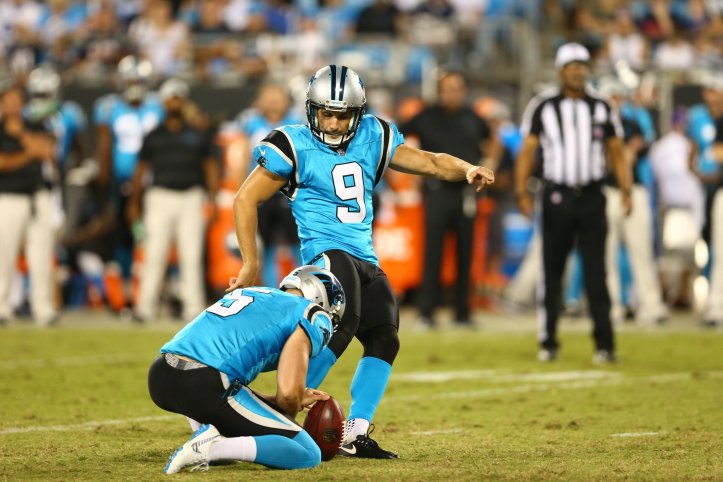 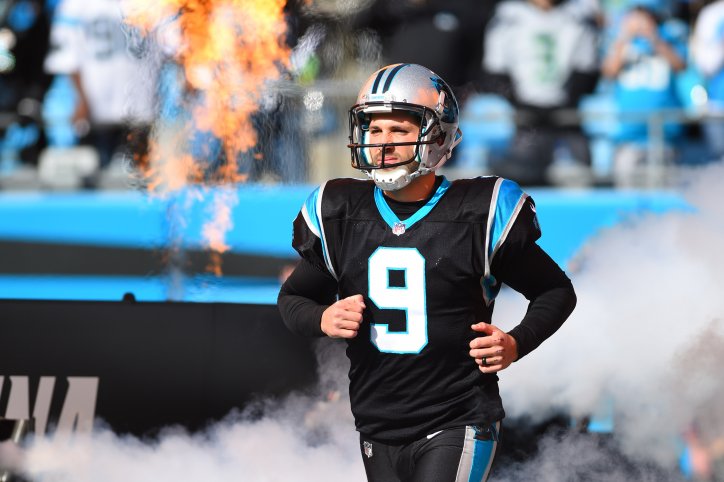 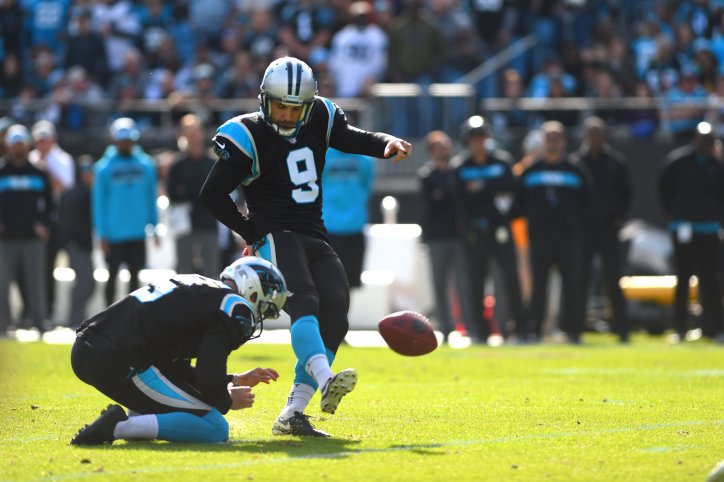 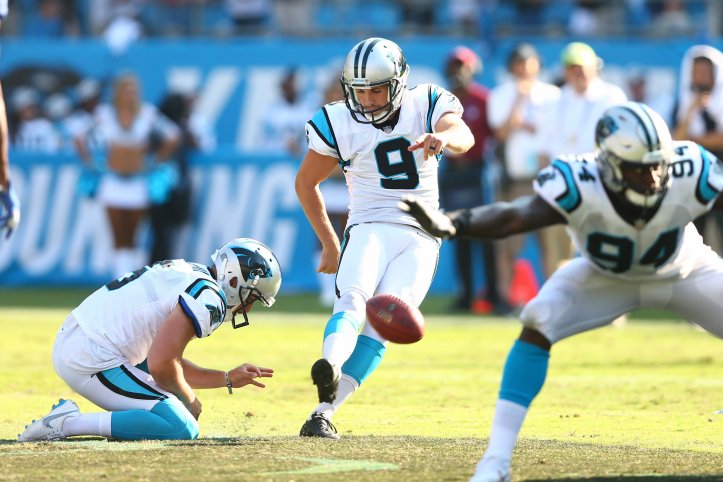 You’re welcome and happy birthday to your little man! I’m glad that made his day. https://t.co/DFWX51kfvZ