Join the Movement to fight for Freedom, Liberation and Justice by signing up for updates, supporting our work, checking out our resources, following us on social media, or wearing our dope, official gear.

As a sophomore in 2017, he rushed for 244 yards against Western Kentucky and 203 yards against Marshall. During the 2017 regular season, he led all Division I FBS ...

As a sophomore in 2017, he rushed for 244 yards against Western Kentucky and 203 yards against Marshall. During the 2017 regular season, he led all Division I FBS players with 162 points scored (27 touchdowns) and ranked fourth with 1,632 rushing yards. He also set the Florida Atlantic single-season record for rushing yardage. He was also selected as a semifinalist for the Doak Walker Award.

On December 2, 2017, in the Conference USA championship game against North Texas, Singletary rushed for an additional 164 yards and three touchdowns. He added three more touchdowns in the Owls' 50–3 blowout of Akron in the 2017 Boca Raton Bowl, raising his total touchdown count for the year to 33 (32 rushing, 1 receiving).

Singletary rushed for 22 touchdowns the following season with 1,348 rushing yards on 261 attempts. He was named a second-team All-American by Sporting News for his performance. On December 12, 2018, Singletary announced his intention to enter the 2019 NFL draft, finishing his college career as FAU's all-time rusher and with the sixth-most rushing touchdowns in FBS history.

Singletary was drafted by the Buffalo Bills with the 74th overall pick in the third round of the 2019 NFL Draft. He joined a backfield with veterans LeSean McCoy, Frank Gore, and T. J. Yeldon, but earned a prominent role with the Bills after McCoy was released as part of final preseason cuts. On September 8, 2019, Singletary made his professional debut for the Buffalo Bills. He finished the game with 70 rushing yards on four carries, in addition to five receptions for 28 yards as the Bills won 17–16. Singletary scored his first NFL rushing touchdown one week later, during a 28–14 win over the New York Giants. He finished with 57 rushing yards on six carries prior to leaving with a hamstring injury.  In Week 9 against the Washington Redskins, Singletary had his breakout game rushing for 95 yards on 20 carries with one touchdown and 45 yards receiving on three receptions in the 24–9 win. Week 13 against the Dallas Cowboys on Thanksgiving Day, Singletary rushed 14 times for 63 yards and caught three passes for 38 yards, including a 28-yard touchdown reception from wide receiver John Brown, in the 26–15 win. Overall, he finished the 2019 season with 775 rushing yards and two rushing touchdowns to go along with 29 receptions for 194 receiving yards and two receiving touchdowns.

With the departure of veteran power back Frank Gore in free agency, Buffalo drafted Zack Moss in the 2020 NFL Draft to complement Singletary's elusive running style. Singletary split carries with Moss throughout the season but finished as Buffalo's top rusher in 2020. He attained 687 yards and two touchdowns on 156 carries, with his longest run being a 51-yard touchdown against the Denver Broncos, and also caught 38 passes for 269 yards. He also fumbled the ball just once, compared to four times during his rookie season. 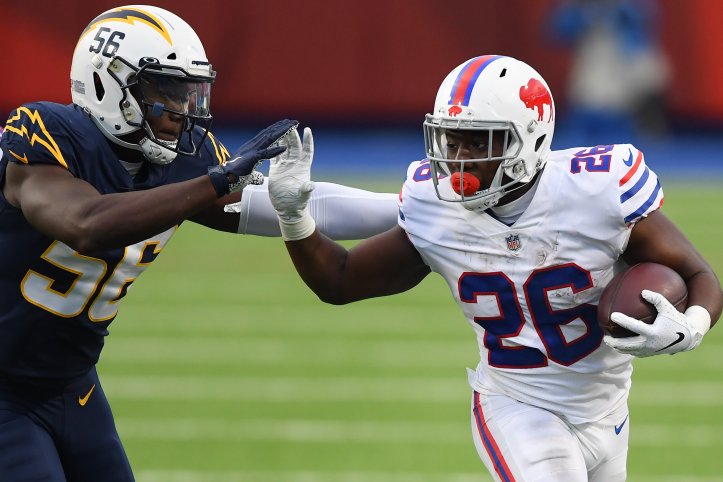 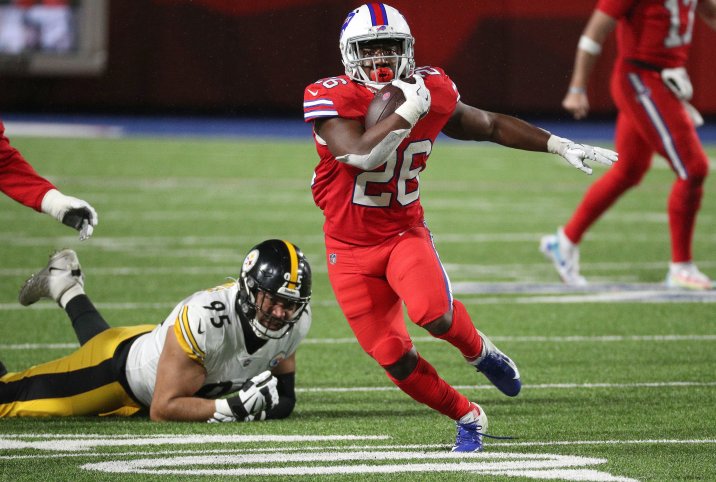 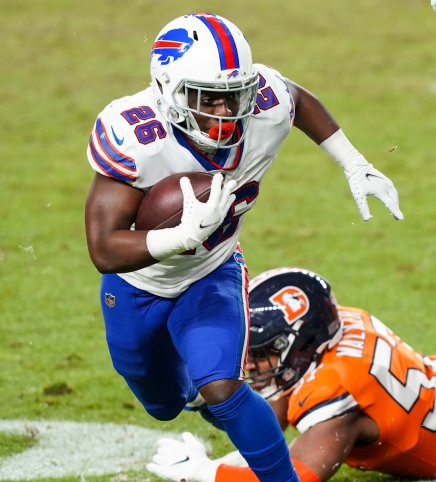 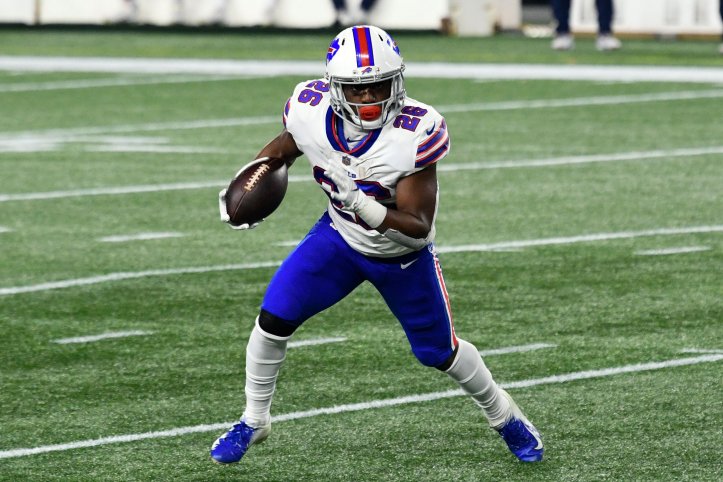 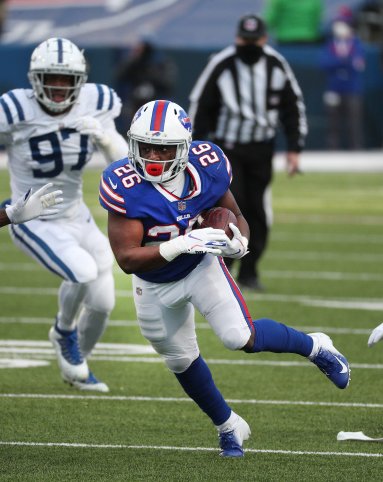