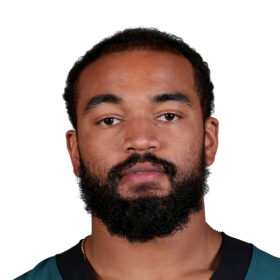 In his early years, Barnett attended Brentwood Academy where he was back-to-back Division 2, Class AA Tennessee Mr. Football winner in 2012 and 2013. He received All-Midstate honors as a senior and was a 2013 TSWA All-State selection. He was an All-Division II-AA Defensive Line and as a s...

In his early years, Barnett attended Brentwood Academy where he was back-to-back Division 2, Class AA Tennessee Mr. Football winner in 2012...

In his early years, Barnett attended Brentwood Academy where he was back-to-back Division 2, Class AA Tennessee Mr. Football winner in 2012 and 2013. He received All-Midstate honors as a senior and was a 2013 TSWA All-State selection. He was an All-Division II-AA Defensive Line and as a senior, recorded 60 tackles, 18 tackles for loss, 5.5 sacks and one forced fumble. He helped Brentwood Academy Eagles to a 9-4 record and state semifinal berth and he also had 141 receiving yards, one receiving touchdown and three rushing touchdowns in his senior year.

After he finished high school, Barnett committed to the University of Tennessee where in his freshman season in 2014, he played all 13 games, starting nine, making 72 tackles, fifth on the team in tackles, leading all true freshman in the SEC in tackles with 72 and his 72 tackles ranked as the third-highest total tackles by a true freshman in Tennessee history. He set Tennessee record for most TFLs with 20.5 and most sacks with 10.0 by a true freshman in history. He posted twice a Tennessee record for sacks in a game by a true freshman with three at # 3 Ole Miss on October 18 and at South Carolina on November 1. His 20,5 TFLs ranked fifth on all-time single-season list in UT history, most since John Henderson had 21 in 2000. He led the SEC with 18 TFLs in conference games, the next closest is teammate Curt Maggitt with 12, ranked tied for first in the SEC and tied for sixth in NCAA in TFLs per game with 1.6 and second in the SEC in total TFLs with 20.5, tied for 16th in the NCAA and tied for fourth in SEC in sacks with 10.0 and became first true freshman to start season opener on defensive line in Tennessee history against Utah State. As a sophomore in 2015, Barnett started all 13 games in 2015 at right defensive end, third on Vols in tackles with 69, with team-best 10.0 sacks and 12.5 TFLs which was second on the team. He tied for eighth in career sacks at Tennessee with 20 and was third in SEC in sacks with 10.0, which is tied for seventh-most in a season in Tennessee history. He had at least one sack in five consecutive games, totaling six sacks, from October 10 to November 14 and had nine sacks in an eight-game span from October 10 to January 1 to finish the season with sacks in seven of eight games. He also posted eight tackles with a sack, tackle for loss and forced a fumble in the Outback Bowl win over Northwestern January 1 and closed regular-season with two sacks as part of five tackles against Vanderbilt on November 28, where he posted his first-career safety on a 5-yard sack for Vols first safety since Aug. 31, 2012.

In his junior year in 2016, Barnett started the season with a seven-tackle performance in an overtime home victory over Appalachian State. In the 2016 Pilot Flying J Battle at Bristol against Virginia Tech, he had one tackle in the highly anticipated neutral site game and in the annual rivalry game against SEC East rival Florida, he had five total tackles and two sacks in the Volunteers' first victory over the Gators since 2004. Tennessee finished with an 8-4 record and appeared in a bowl game at the end of the season. On December 30, 2016, in the 2016 Music City Bowl at Nissan Stadium, Barnett broke the University of Tennessee career sack record of 32.0, which was formerly held by Pro Football Hall of Famer Reggie White, who played for the Philadelphia Eagles, the NFL team that eventually drafted Barnett and in the bowl game, Barnett recorded six total tackles and a sack, which was the record-breaker. After his junior season, Barnett decided to forgo his senior year and entered the 2017 NFL Draft where he was selected in the first round by the Philadelphia Eagles.

On June 2, 2017, the Philadelphia Eagles signed Barnett to a four-year contract. He made his professional regular-season debut during the Eagles' season-opener against the Washington Redskins, where he recorded two solo tackles. In Week 6 against the Carolina Panthers, he collected two solo tackles and made his first sack of his career on quarterback Cam Newton and in Week 7, against the Washington Redskins, he recorded three tackles and had his first career game with multiple sacks with two. In Week 16, he recorded his first career touchdown on a 23-yard fumble recovery against the Oakland Raiders and he finished his rookie season with 21 combined tackles where 18 of them were solo, and five sacks in 15 games and zero starts. On January 13, 2018, Barnett appeared in his first career playoff game and helped the Eagles defeat the Atlanta Falcons 15–10 in the NFC Divisional Round. The following week, Barnett had two solo tackles and had a strip-sack on quarterback Case Keenum during a 38–7 victory against the Minnesota Vikings and on February 4, 2018, he recovered a fumble caused by Brandom Graham after Graham had a strip/sack on Tom Brady in the Eagles' 41–33 victory over the New England Patriots in Super Bowl LII. This marked the Eagles' first Super Bowl victory in franchise history. In the 2018, Barnett played seven games where he recorded 17 tackles and 2.5 sacks on the year. 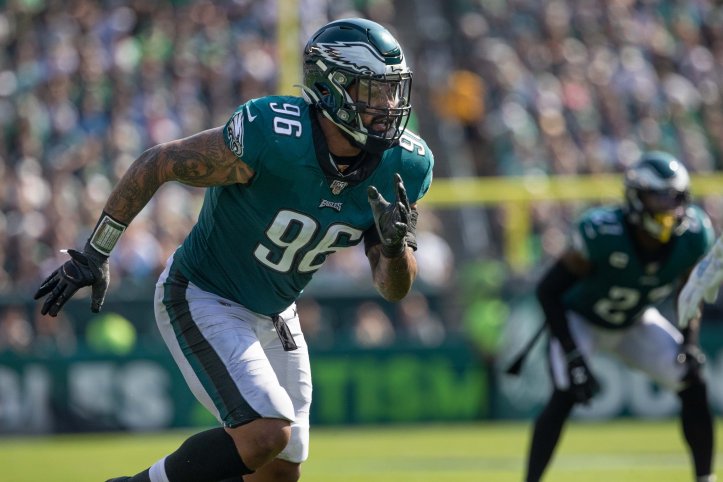 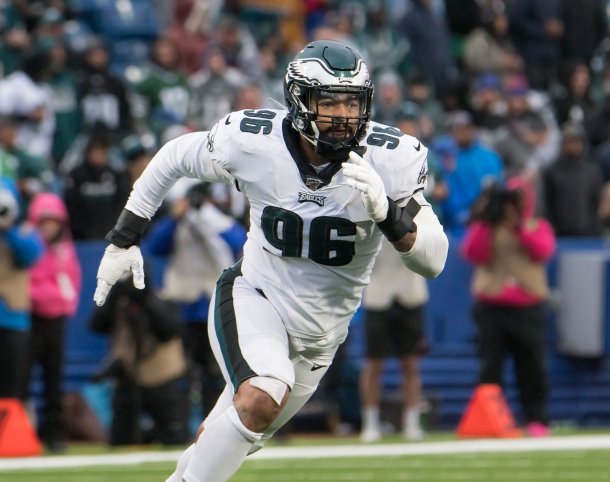 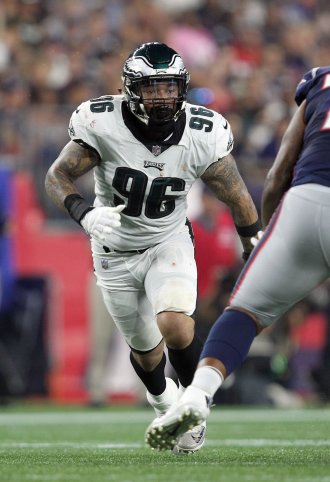 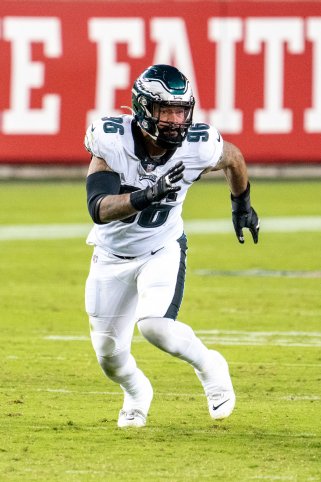 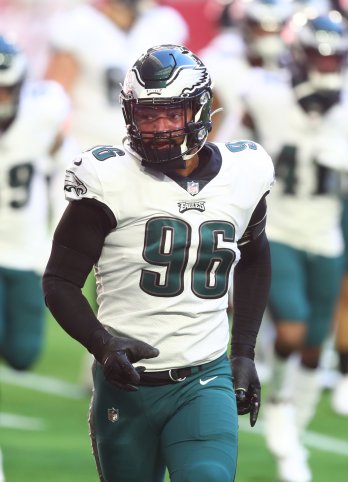