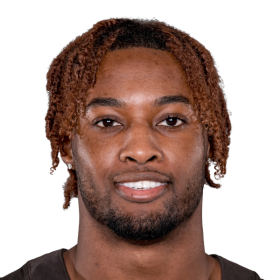 Make Them Know Your Name Foundation

Make Them Know Your Name (MTKYN) is a heart health foundation propelled by individuals and organizations willing to take action to positively impact the heart disease epidemic. Denzel Ward and his family experienced first-hand the unexpected loss of their patriarch, Paul G. Ward Jr., to cardiac arrest while he participated in a spin class. He was 46 years old. His premature death left behind a purpose and a legacy to carry on.

Ward attended Nordonia High School and helped lead the school to a 14-1 record and the Division II state championship game in 2014 by starring on defense with nine interceptions and 18 pass breakups and offense with more than 1,300 total yards and 20 touchdowns. Ward was named the Division II co-defensiv...

Ward attended Nordonia High School and helped lead the school to a 14-1 record and the Division II state championship game in 2014 by starring on defense w...

Ward attended Nordonia High School and helped lead the school to a 14-1 record and the Division II state championship game in 2014 by starring on defense with nine interceptions and 18 pass breakups and offense with more than 1,300 total yards and 20 touchdowns. Ward was named the Division II co-defensive player of the year and a first-team Associated Press all-state selection. He was also named Cleveland.com's defensive player of the year with a total of 14 interceptions in 2013 and 2014 combined. He qualified for state multiple times in track and field as part of Nordonia's 4x400-meter relay and as a long jumper.

Ward saw action in 38 games at Ohio State in three seasons of play. He accrued 67 tackles, 24 pass breakups, and a pair of interceptions. In 2015, he played as a true freshman and recorded seven tackles. Ward was one of only four scholarship freshman Buckeyes to earn playing time and contributed mostly on special teams in 12 games played. In 2016, he received an honorable mention All-Conference nod as voted on by the media. As a junior in 2017, Ward earned consensus first-team All-America honors (AP, AFCA, and The Sporting News) and first-team All-Big Ten accolades after recording 17 passes defensed with 15 pass breakups and two interceptions, including one interception in the Big Ten championship game win over Wisconsin. In 2017, he decided to forgo his senior season and enter the 2018 NFL Draft.

In the 2018 NFL Draft, Ward was selected by the Cleveland Browns in the first round. Ward was the first defensive back drafted in 2018 and became the highest-selected cornerback from Ohio State since Shawn Springs, who was selected third overall in the 1997 NFL Draft. On July 24, 2018, the Cleveland Browns signed Ward to a fully guaranteed four-year, $29.16 million contract that included a signing bonus of $19.29 million.

Ward started the season as the starting cornerback alongside Terrance Mitchell. He made his professional regular-season debut, and the first career start in the Cleveland Browns' season-opener against the Pittsburgh Steelers and recorded six combined tackles, broke up three passes, and made two interceptions during their 21–21 tie. On October 7, 2018, Ward recorded five combined tackles, tied his season-high of three pass deflections, made one interception, and a blocked field goal in a 12–9 overtime win over the Baltimore Ravens. He earned the AFC Special Teams Player of the Week.

Ward finished the season with 53 tackles, three interceptions, 11 pass deflections, one forced fumble, and two fumble recoveries in 13 games. He was named the Pro Bowl and the NFL All-Rookie Team. 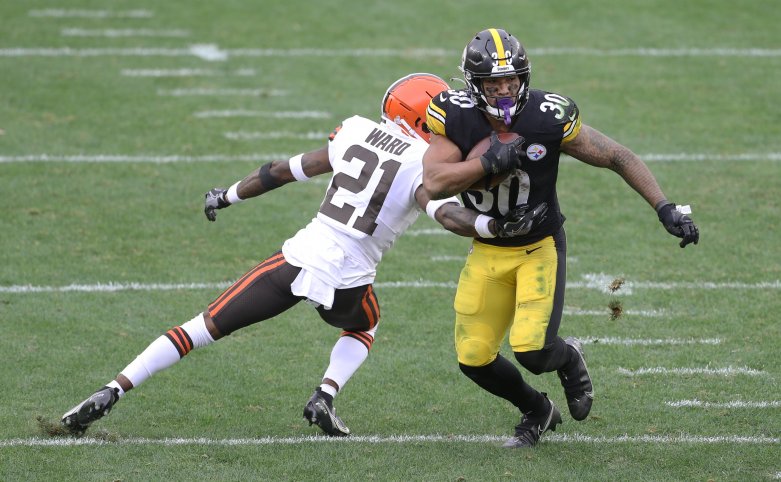 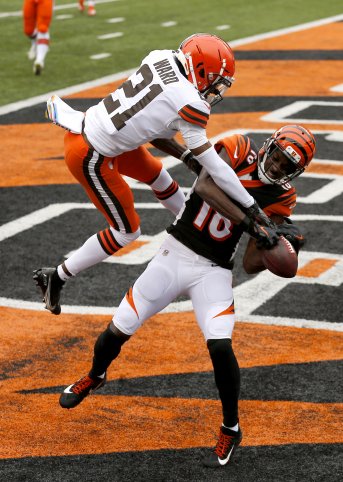 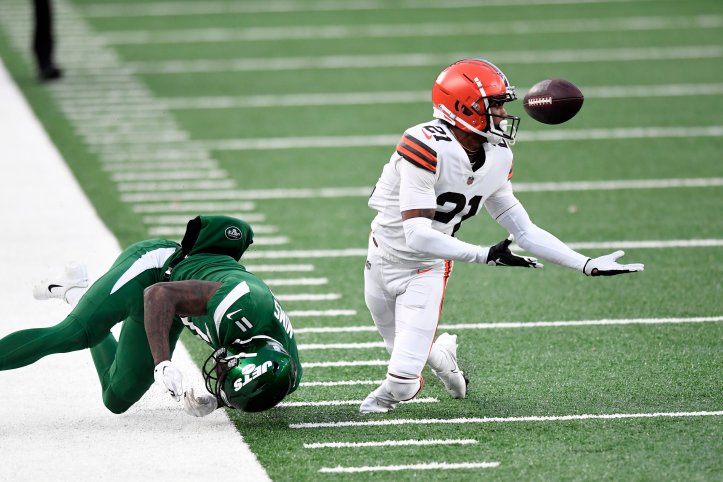 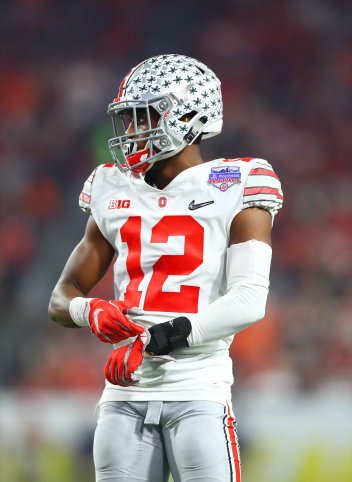 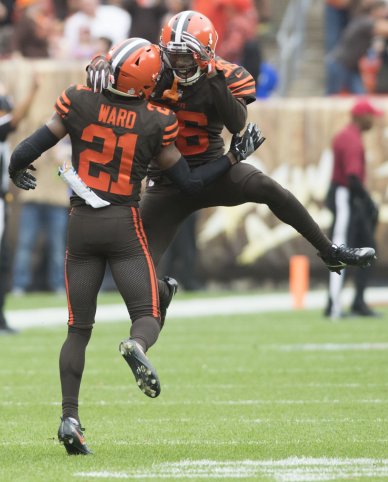 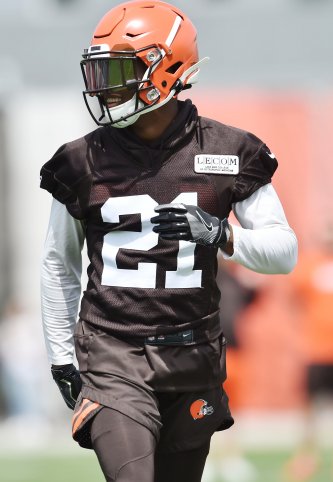