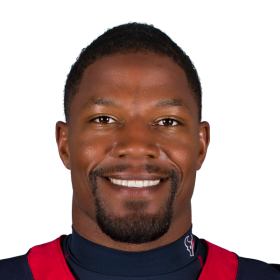 Currently, the Johnson Family’s Mission 31 Foundation serves pediatric patients in various medical facilities throughout Houston, Phoenix and its surrounding communities through the David’s Locker program by providing a sense of normalcy in trying situations. This year, we plan to expand this reach to serve more children and their families by installing new David’s Lockers throughout the Houston community.

named Week 13 NFLPA Community MVP after raising nearly $200,000 for his newly formed Mission 31 Foundation, which will provide resources for seriously ill children and their families.

We provide hope, healing and the best healthcare for children and their families.

He studied at the University of Northern Iowa and is a running back for the Arizona Cardinals. In his early years, Johnson attended Clinton High school in Clinton, Iowa where he was a three-sport star in football, track, and basketball. In football, he played as a running back and defensive back...

He studied at the University of Northern Iowa and is a running back for the Arizona Cardinals. In his early years, Johnson attended Clinton High s...

He studied at the University of Northern Iowa and is a running back for the Arizona Cardinals. In his early years, Johnson attended Clinton High school in Clinton, Iowa where he was a three-sport star in football, track, and basketball. In football, he played as a running back and defensive back for the River Kings football team setting numerous school records including touchdowns in a season, career receptions, career receiving yards, career, and single-season total offense and single-game record for touchdowns. As a senior, Johnson led Clinton to an 11–1 record while accounting for a school-record 42 touchdowns and was selected 2009 Outstanding Offensive Player for Clinton. In four seasons, he compiled 4,682 rushing yards and 49 rushing touchdowns to go along with 1,734 receiving yards and another 14 receiving touchdowns. Johnson then committed to the University of Northern Iowa to play college football.

After redshirting in 2010, Johnson saw his first action starting 13 games for the Panthers in 2011. He finished fourth in the voting for the Jerry Rice Award, finished as a runner-up for MVFC Freshman of the Year, finished fourth for MVFC Newcomer of the Year, and was named to the MVFC All-Newcomer Team. He was tabbed as an honorable mention All-MVFC and earned MVFC Newcomer of the Week in his first career game at Iowa State. He earned MVFC Newcomer of the Week for the second consecutive week following a season-high 31-carry 87-yard rushing performance with two scores and one catch for seven yards at Stephen F. Austin on September 10. Johnson carried 179 times for 822 yards with 4.6 yards per carry and nine touchdowns on the season and caught 33 passes for 422 yards with 12.8 yards per catch and three touchdowns. He registered his first-career 100-yard rushing game vs. Western Illinois in a 38-10 Panther victory with 21 carries for 132 yards on September 24 and tallied his first 100-yard receiving game with a career and season-high 10 catches for 114 yards and one touchdown at North Dakota State on October 29 and finishing the year with 1,244 all-purpose yards.

In 2012, he saw action in all 11 games and started seven and was named to the 2012 All-MVFC Second Team. He was also named MVFC Player of the Week on November 11 and was named College Sports Madness MVFC Offensive Player of the Week after the South Dakota game on November 10. He led the team in scoring with 108 points off of 18 touchdowns and finished the season with five multi-touchdown games and 1,021 rushing yards for 13 rushing touchdowns. In 2013, he saw action in 11 games, starting 10 at running back and led the team in rushing with 1,286 yards on the ground from 222 carries. He finished third on the team in receiving yards with 393 and led the team in all-purpose yards with 1,679. Johnson ended the season ranked 11th in all-purpose yards in the FCS and 10th in rushing yards per game after averaging 116.9 and is tied for fourth all-time in career rushing touchdowns with 32 and is seventh all-time with 264 career points.

Johnson declared for the 2015 NFL Draft and was selected in the third round by the Arizona Cardinals and on May 18, 2015, Johnson was signed to a four-year contract. On September 13, 2015, Johnson played in his first career game, against the New Orleans Saints, and finished the season opener with one reception for a 55-yard touchdown. The following week against the Chicago Bears, Johnson carried the ball five times for 42 yards and scored his first career rushing touchdown in a 48–23 victory over the Bears and returned a kickoff 108 yards for a touchdown in the game. Johnson had his first career start on December 6, where he had 22 attempts, 99 rushing yards, two receptions, 21 receiving yards, and a touchdown reception against the St.Louis Rams. He finished the season having carried 125 times for 581 yards with eight touchdowns, and caught 36 passes for 457 yards and four touchdowns. In the 2016 season, Johnson experienced a breakout season where he posted 15 straight games with at least 100 yards from scrimmage, matching the Lions Barry Sanders in 1997 for the longest single-season streak in NFL history. He was named NFC Offensive Player of the Month for October after averaging 145.2 rushing and receiving yards through five games along with five touchdowns. In Week 13 against the Washington Redskins, Johnson recorded nine receptions for 91 yards and a touchdown and ran for 91 yards on 18 carries for another touchdown, earning him NFC Offensive Player of the Week. Johnson finished the season having carried 293 times for 1,239 rushing yards with 16 rushing touchdowns and caught 80 passes for 879 yards and four touchdowns. He was ranked seventh in the NFL for rushing yards and ranked second in the NFL for rushing touchdowns. He had the most receiving yards among running backs and ranked 38th among all NFL players in receiving yards and was named First-team All-Pro and was also named to his first Pro Bowl. He was also ranked 12th by his fellow players on the NFL Top 100 Players of 2017.

In the 2017 season, Johnson recorded 11 rushes for 23 yards and six receptions for 67 yards. On September 8, 2018, Johnson signed a three-year contract extension with the Cardinals. In his first regular-season action, he recorded a rushing touchdown and 67 scrimmage yards against the Washington Redskins. In a Week 5 victory over the San Francisco 49ers, Johnson recorded his eighth career game with at least two rushing touchdowns and finished the season with 940 rushing yards and seven touchdowns along with 50 receptions for 446 yards and three touchdowns.

He signed a 1-year contract with the Houston Texans in 2021. 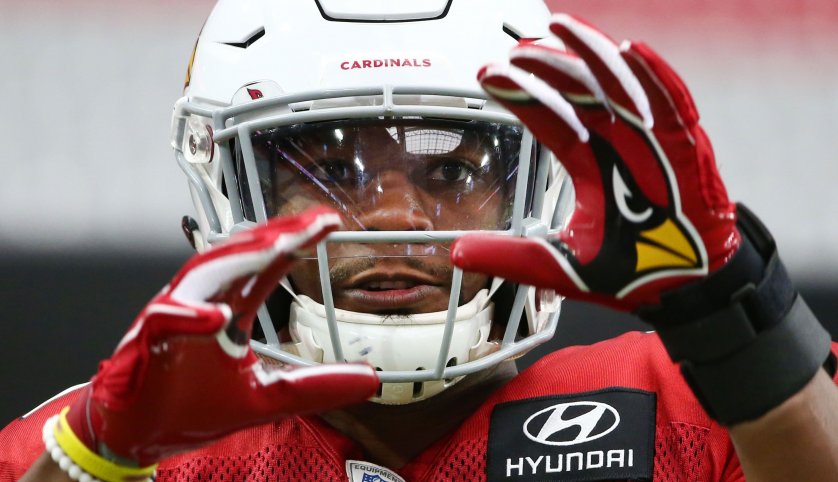 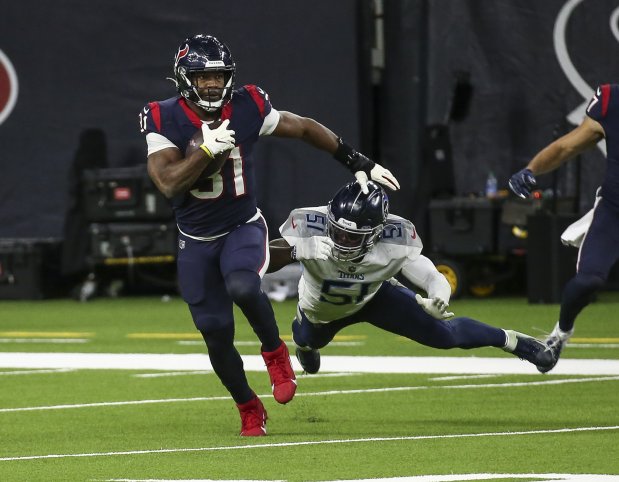 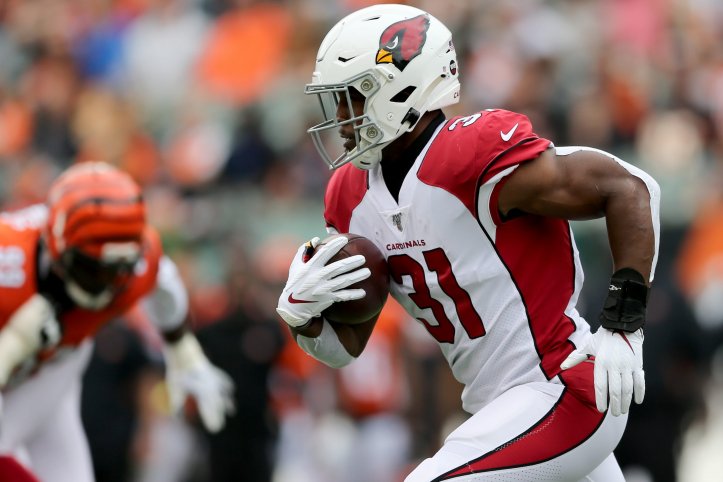 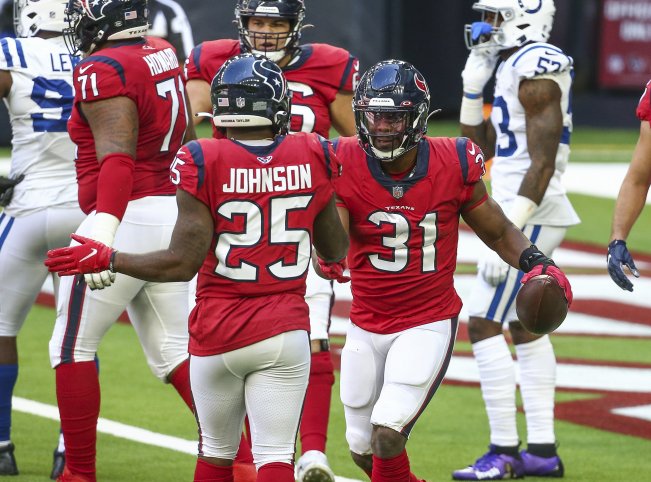 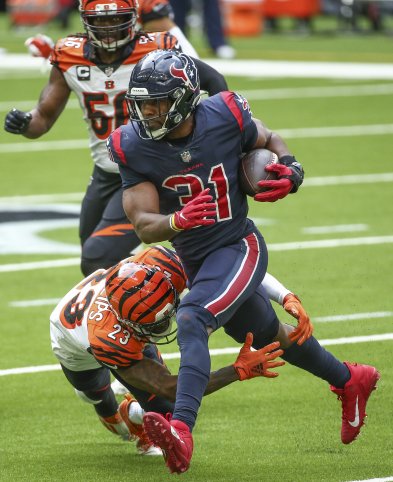 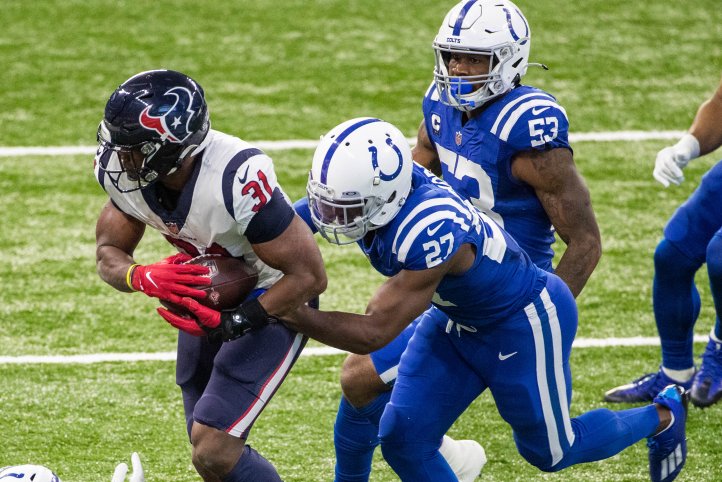 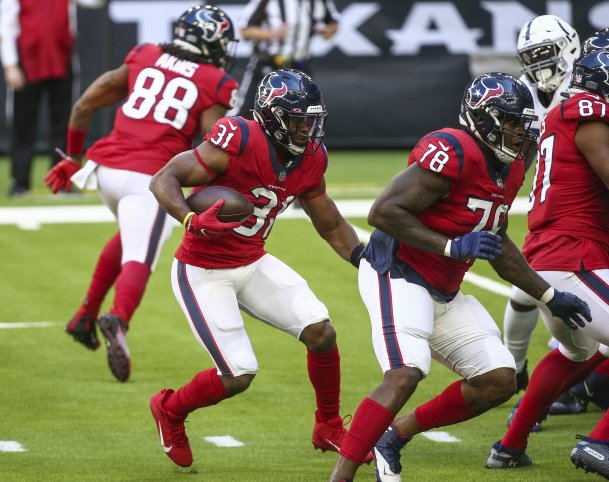 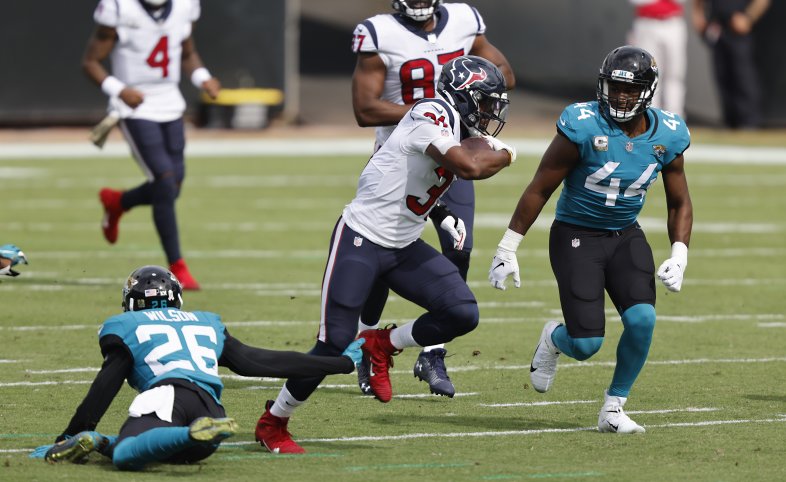 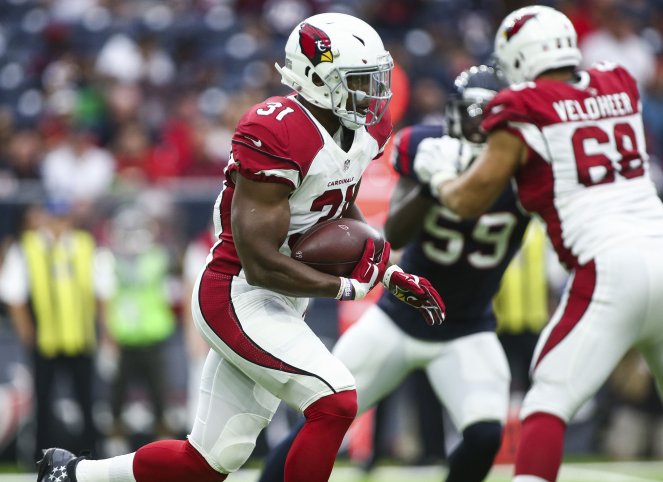