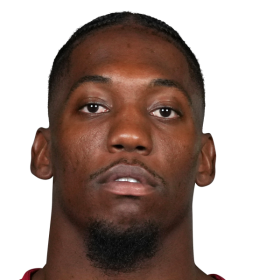 The Dennard Difference’s mission is to help youth of all ages succeed academically, athletically, and within the community. Our goal is to be impactful with the youth by providing safe havens, educational programs, athletic resources, and developing life skills necessary for youth to excel in their future endeavors. The Foundation will focus on charitable efforts for kids and families in Georgia, Ohio, and Michigan.

He was drafted by the Bengals in the first round of the 2014 NFL Draft. He played college football at Michigan State. Dennard won the Jim Thorpe Award in 2013 as the best defensive back in college football.

Dennard attended Twiggs County High School in Jeffersonville, Georgia, where he was ...

He was drafted by the Bengals in the first round of the 2014 NFL Draft. He played college football at Michigan State. Dennard won the Jim Th...

He was drafted by the Bengals in the first round of the 2014 NFL Draft. He played college football at Michigan State. Dennard won the Jim Thorpe Award in 2013 as the best defensive back in college football.

Dennard attended Twiggs County High School in Jeffersonville, Georgia, where he was a letterman in football, basketball, and track. In high school football, he played defensive back and wide receiver. As a senior, he had 40 receptions for 502 yards and 11 touchdowns on offense and 50 tackles and nine interceptions with two touchdowns on defense. In track & field, Dennard competed as a sprinter. He was the runner-up in the 100-meter dash at the 2010 GHSA 1A State Championships, where he took silver recording a personal-best time of 10.72 seconds. Considered a two-star recruit by ESPN, Dennard was listed as the #166 wide receiver in the nation in 2010. Dennard accepted an athletic scholarship to attend Michigan State University, where he played for coach Mark Dantonio's Michigan State Spartans football team from 2010 to 2013. As a true freshman in 2010, Dennard played in six games with two starts, missing five games due to injury. As a sophomore in 2011, he played in 11 games, missing two due to injury, he finished the season with 42 tackles and three interceptions, two which came against Georgia in the Outback Bowl. As a junior in 2012, he started all 13 games, recording 52 tackles and three interceptions. He was a first team All-Big Ten selection. As a senior in 2013, he recorded 62 tackles and four interceptions and won the Jim Thorpe Award.

Coming out of Michigan State, Dennard was a projected consensus first round pick by NFL draft experts and scouts. He received an invitation to the NFL combine as a top prospect and chose to only run the 40-yard dash, 20-yard dash, 10-yard dash, and perform the bench press. His time in the 40-yard dash (4.51) was the 13th best among all qualifying cornerbacks. NFL draft analyst Mike Mayock stated that Dennard would have to run a 4.45 or lower in the 40 to be considered a top ten overall pick. Dennard said that he was unable to complete all the combine drills due to unforeseen circumstances that limited him. On March 7, 2014, Dennard chose to participate at Michigan State's pro day. He opted to perform the vertical jump, broad jump, short shuttle, three-cone, and positional drills. He was ranked the top cornerback prospect in the draft by NFLDraftScout, CBSSports, and Sports Illustrated. He was also ranked the second best cornerback by NFL analyst Mike Mayock. The Cincinnati Bengals selected Dennard in the first round (24th overall) of the 2014 NFL Draft. On June 12, 2014, the Cincinnati Bengals signed Dennard to a four-year contract. Dennard joined a deep position group upon his arrival at training camp and competed with Adam Jones, Terence Newman, Leon Hall, and Dre Kirkpatrick for the job as the starting cornerback. Kirkpatrick, Newman, Hall, and Jones were all first round picks in the NFL draft themselves. Head coach Marvin Lewis named Dennard the Cincinnati Benagls' fifth cornerback on their depth chart behind Newman, Hall, Jones, and Kirkpatrick to start the regular season. On September 14, 2014, Dennard made his professional regular season debut for the Cincinnati Bengals and made one tackle during their 24–10 over the Atlanta Falcons. The next game, he recorded a season-high three solo tackles and made the first sack of his career on Tennessee Titans' quarterback Jake Locker during the Bengals' 33–7 victory. He saw limited playing time behind the host of a talented veteran core during his rookie season and finished with only 17 combined tackles (14 solo), one pass deflection, and one sack in 14 games and zero starts. He was limited to only 41 defensive snaps as a rookie in 2014. The Cincinnati Bengals finished the 2014 season second in the AFC North with a 10-5-1 record.

On January 4, 2015, Dennard appeared in his first career playoff game and collected two solo tackles and forced a fumble to set up a touchdown during a 10–26 AFC Wildcard loss to the Indianapolis Colts. Dennard returned to the Cincinnati Bengals' training camp in 2015 and competed with Leon Hall, Dre Kirkpatrick, Adam Jones, and Josh Shaw for the position as one of the starting cornerbacks. He was named the fourth cornerback on their depth chart to begin the season, behind Jones, Kirkpatrick, and Hall. In the Cincinnati Bengals' season-opener against the Oakland Raiders, Dennard recorded five solo tackles and defended a pass in a 33–13 victory. During a Week 4 matchup against the Kansas City Chiefs, he earned a season-high six combined tackles and deflected a pass, as the Bengals won their fourth consecutive game 36–21. On October 18, 2015, Dennard made a tackle and his first career interception after picking off a pass attempt by E. J. Manuel during the Bengals' 34–21 victory. On November 22, 2015, he earned the first start of his career and made two solo tackles in a 31-34 loss to the Arizona Cardinals. He started in place of Adam Jones who was unable to play due to a foot injury, but was unable to finish the contest after suffering a shoulder injury. On November 27, 2015, the Cincinnati Bengals officially placed him on injured reserve for the remainder of the season after discovering he had torn ligaments in his right shoulder that would require surgery. Dennard finished the 2015 season with 20 combined tackles (14 solo), three pass deflections, and an interception in ten games and one start.

Dennard recovered from his shoulder surgery in time for Cincinnati Bengals' training camp and competed with Adam Jones, Dre Kirkpatrick, Josh Shaw, and rookie William Jackson III. Head coach Marvin Lewis named Dennard the third cornerback on the Bengals' depth chart to begin the season. In Week 4, he made his first start of the season and recorded four combined tackles during a 22–7 win against the Miami Dolphins. On November 27, 2016, Dennard made a season-high eight combined tackles, as the Bengals 14–19 loss at the Baltimore Ravens. He finished the 2016 season with 47 combined tackles (32 solo) and a pass deflection in 15 games and three starts. On April 28, 2017, the Cincinnati Bengals picked up the fifth-year option on Dennard's rookie contract that will pay him a salary of $8.52 million for 2018. He competed with Adam Jones, Dre Kirkpatrick, Josh Shaw, and William Jackson III in training camp for the job as a starting cornerback. Dennard was named the Bengals' third cornerback on their depth chart behind Jones and Kirkpatrick for the second consecutive season. He started the Cincinnati Bengals' season-opener against the Baltimore Ravens and collected four combined tackles and deflected a pass during their 0–20 loss. On September 24, 2017, Dennard recorded a career-high ten combined tackles and sacked Aaron Rodgers during a 24–27 loss to the Green Bay Packers. During a Week 4 matchup against the Cleveland Browns, he recorded four combined tackles and a sack on DeShone Kizer as the Bengals earned a 31–7 victory. On October 29, 2017, Dennard tied his career-high with ten combined tackles and defended a pass during a 24–23 win over the Indianapolis Colts. He finished the season playing in all 16 games, starting six, recording a career-high 85 tackles, six passes defensed, and two interceptions. On March 21, 2019, Dennard re-signed with the Bengals. 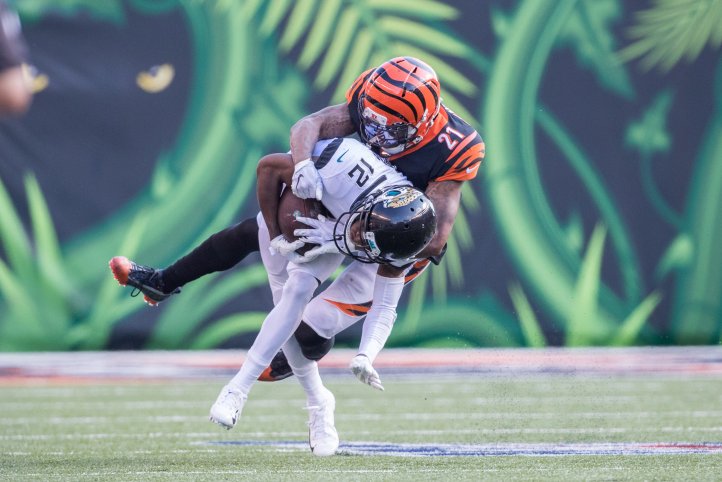 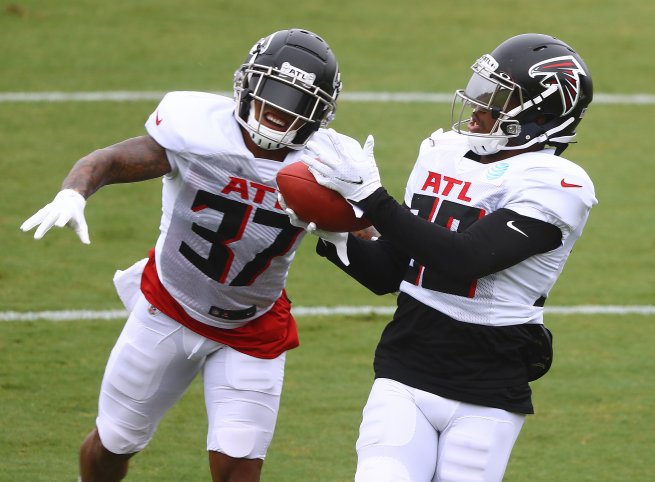