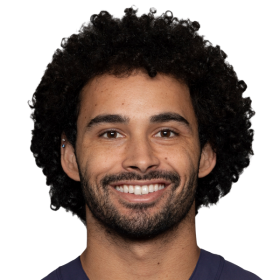 Pettis and his fellow rookies participated in the annual 49ers Mentorship Academy on September 18, 2018. The Mentorship Academy, partnering with USA Football, is a three-step program designed to provide high school football players with the opportunity to develop the skills necessary to succeed and be leaders on and off the field. The rookie class invited the high schoolers to the team facility, where they shared opinions and lessons over a meal and fun competitions.

The 49ers partnered with CASSY (Counseling and Support Services for Youth) for a mental health awareness eventat Monroe Middle School (Campbell, CA) on December 18, 2018. Pettis and his teammates joined the 6th, 7th and 8th grade students who were pre-identified as having mental health struggles, and held group discussions centered on managing stress and destigmatizing mental health matters

Pettis and his teammates joined Levi’s in support of breast, colon and pediatric cancer warriors at the Crucial Catch Fashion Show presented by Dignity Health on October 2, 2018. 49ers players and cancer warriors took to the runway to show off their attire and share their stories of strength and courage with the audience.

Dante Pettis attended JSerra Catholic High School in San Clemente, CA. Playing football, he earned first-team All-CIF Southern Section Pac-5 Division and first-team All-Trinity League as a wide receiver. Pettis also played basketball and was a member of the track team, where he competed in the state championships in the 200 meters and long jump.

Pettis’ father, Gary, played Major League Baseball for 11 seasons with the California Angels (1982-87), Detroit Tigers (1988-89 & 1992), Texas Rangers (1990 -91) and San Diego Padres (1992). He was a five-time Gold Glove winning center fielder and is the current third base coach for the Houston Astros. Pettis’ cousin, Austin Pettis, was drafted in the third round (78th overall) of the 2011 NFL Draft by the St. Louis Rams. His brother, Kyler, is currently an actor who is best known for his role on NBC’s soap opera, Days of Our Lives.

Pettis committed to the University of Washington to play college football. As a senior, he broke the record for most career punt return touchdowns in NCAA history against the Oregon Ducks. Pettis garnered consensus All-America honors as a result of being named a first-team All-American by the AFCA, FWAA, Walter Camp Football Foundation, and The Sporting News. He finished the season with 63 receptions, 761 yards, and seven touchdown receptions, as well as 428 punt return yards and four touchdowns.

The San Francisco 49ers selected Pettis in the second round (44th overall) of the 2018 NFL Draft. He was the fourth wide receiver to be selected that year. In the season-opener against the Minnesota Vikings, Pettis made his NFL debut and caught two passes for 61 receiving yards and a touchdown. In addition, he returned two punts for 14 yards in the 24–16 loss. On December 29, 2018, Pettis was placed on injured reserve after suffering a knee injury. Pettis finished his rookie season with 27 receptions for 467 yards and five touchdowns. In Pettis' second season, he caught 11 receptions for 109 yards and two touchdowns. On November 3, 2020, Pettis was waived by the San Francisco 49ers.

On November 4, 2020, Pettis was claimed off waivers by the New York Giants. He was placed on the reserve/COVID-19 list by the team on November 20, 2020, and activated on December 1. In his first game played as a New York Giant, on December 27, 2020, against the Baltimore Ravens, Pettis finished with 2 receptions for 33 yards. He caught his first touchdown as a Giant the next week, against the Dallas Cowboys, for 33 yards. Pettis finished his 2020 campaign with 4 receptions, for 76 yards, averaging 19 yards a reception, and 1 touchdown. 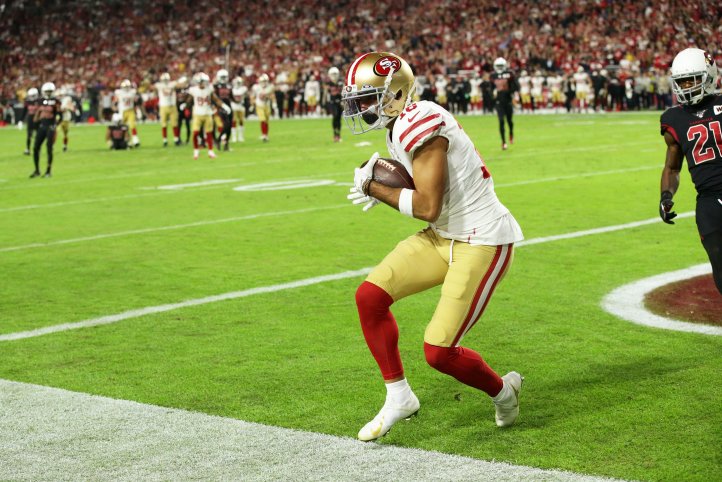 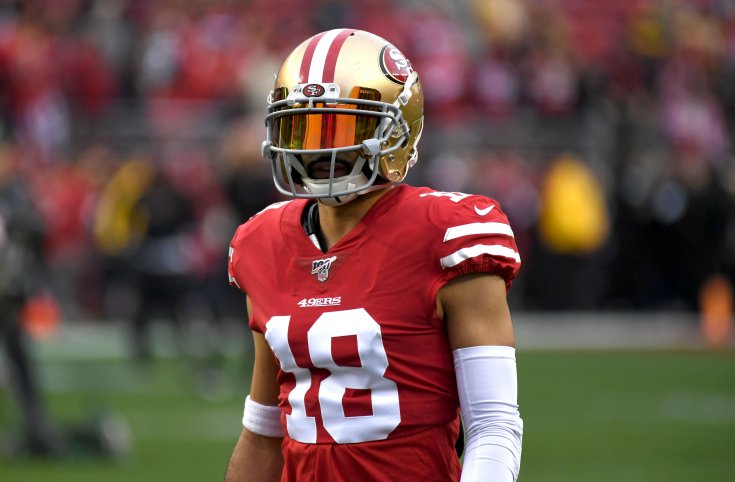 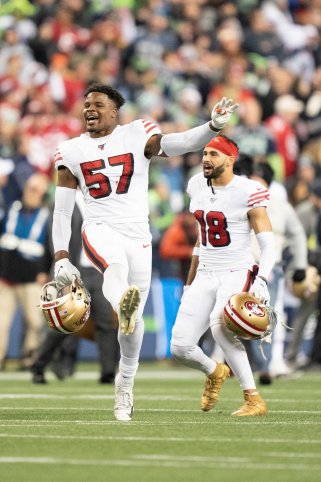 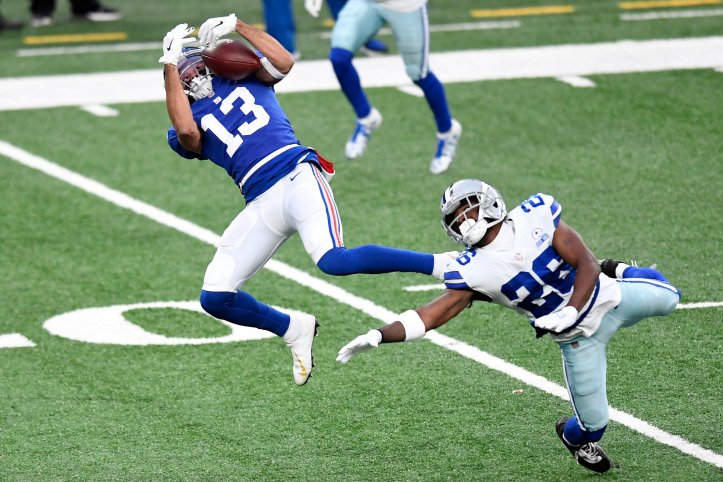 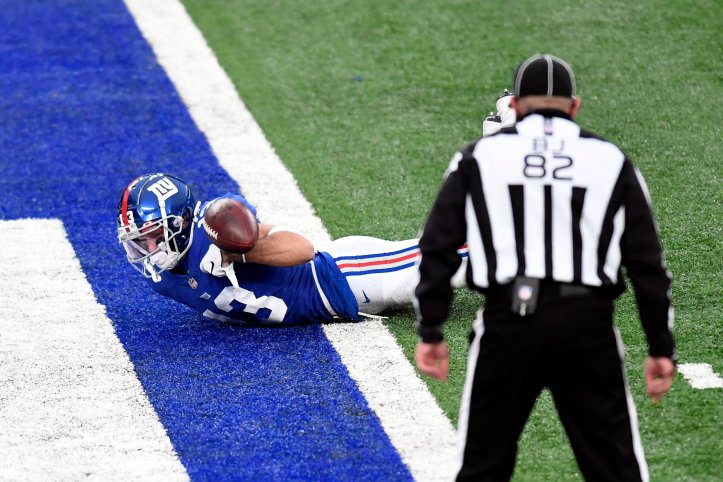 RT @MGRADS: We need to have bigger discussions about “Baby Boy.” He’s a PROBLEM!!!