Please give to the Parkinson's Foundation Heartland Chapter, and your tax-deductible donation today will be matched by Kansas City Chiefs star Daniel Sorensen to dedicate even more resources to critical research, in honor of his father Kory and everyone affected by Parkinson's disease.

Sorensen went to BYU after earning first-team all-conference honors from Colton High School in California. He played in 51 games and lettered all four years as a Cougar. Sorensen holds the BYU record for most pass breakups. He also recorded 211 total tackles and eight interceptions during his ca...

Sorensen went to BYU after earning first-team all-conference honors from Colton High School in California. He played in 51 games and lettered all ...

Sorensen went to BYU after earning first-team all-conference honors from Colton High School in California. He played in 51 games and lettered all four years as a Cougar. Sorensen holds the BYU record for most pass breakups. He also recorded 211 total tackles and eight interceptions during his career. As a junior, he was second on the team in tackles. Sorensen helped BYU to a No. 3 national ranking in total defense and No. 11 ranking in pass breakups in 2012.

On May 11, 2014, the Kansas City Chiefs signed Sorensen to a two-year, $930,000 contract after he went undrafted during the 2014 NFL Draft. After going undrafted, Sorensen received calls and offers from multiple teams, but stated he chose to accept the Chiefs' offer because they showed they really wanted him by having head coach Andy Reid call him personally.

He made his professional regular season debut in the Kansas City Chiefs' season-opener against the Tennessee Titans and recorded his first career tackle on Coty Sensabaugh after Sensabaugh recovered a fumble by Titans' kick returner Leon Washington during a Titans' kick return in the second quarter of their 16–10 loss. He finished his rookie season with seven combined tackles (six solo) in nine games and zero starts and was a consistent contributor on special teams.

Sorensen entered training camp competing for a roster spot as a backup safety against Sanders Commings, Kelcie McCray, and Justin Cox. Defensive coordinator Bob Sutton named Sorensen the third free safety on the depth chart to start the 2015 regular season, behind starter Husain Abdullah and Eric Berry. He was also named the starting punt protector by special teams coach Dave Toub. In Week 10, Sorensen recorded three solo tackles and his first career pass deflection during a 29–13 victory at the Denver Broncos. On December 6, 2015, Sorensen made combined tackles and his first career sack on quarterback Derek Carr in the Chiefs' 34–20 victory at the Oakland Raiders in Week 13. He finished the 2015 season with 23 combined tackles (20 solo), two pass deflections, and a sack in 16 games and zero starts.

During 2016 OTA's and training camp, Sorensen competed for a role as a backup safety against Jamell Fleming, Eric Murray, Shakiel Randolph, Stevie Brown, and Akeem Davis. Head coach Andy Reid named him the backup strong safety behind Eric Berry to begin the regular season in 2016.

On September 25, 2016, Sorensen recorded two solo tackles, two pass deflections, and made his first career interception off a pass by quarterback Ryan Fitzpatrick during a 24–3 victory against the New York Jets in Week 3. In Week 7, Sorensen made six solo tackles, a pass deflection, a sack, and returned an interception by Drew Brees for a 48-yard touchdown in the Chiefs' 27–21 win against the New Orleans Saints. His score in the first quarter was the first touchdown of his career. The following week, he collected a season-high seven solo tackles during a 30–14 win at the Indianapolis Colts. On December 4, 2016, Sorensen earned his first career start, as a nickelback, in place of an injured Phillip Gaines. He recorded five combined tackles and broke up a pass in a 29–28 victory at the Atlanta Falcons. In Week 14, Sorensen collected a season-high eight combined tackles during a 21–13 victory against the Oakland Raiders. He finished the 2016 season with 63 combined tackles (55 solo), six pass deflections, three interceptions, a sack, and a touchdown in 16 games and one start.

On March 11, 2017, the Kansas City Chiefs signed Sorensen to a four-year, $16 million contract extension that includes a $4 million signing bonus.

Starting strong safety Eric Berry tore his Achilles tendon in the Chiefs' season-opening 42–27 victory at the New England Patriots and missed the rest of the season. Due to Berry's injury, Sorensen became the starter at strong safety. On September 17, 2017, Sorensen made his second career start, but first as a safety, in the Chiefs' 27–20 win against the Philadelphia Eagles and recorded six solo tackles. In Week 11, he recorded six combined tackles, deflected a pass, and intercepted a pass by running back Shane Vereen in a 12–9 loss at the New York Giants. Sorensen made the interception in the first quarter after Vereen attempted a pass on a half back option to tight end Evan Engram. On December 3, 2017, Sorensen collected a season-high 11 combined tackles (six solo) in Kansas City's 38–31 loss at the New York Jets in Week 13. He was inactive for the Chiefs' Week 17 victory at the Denver Broncos. Head coach Andy Reid opted to rest him as the Chiefs had already clinched a playoff berth. He finished the season with 89 combined tackles (67 solo), six pass deflections, 1.5 sacks, and an interception in 15 games and 14 starts. 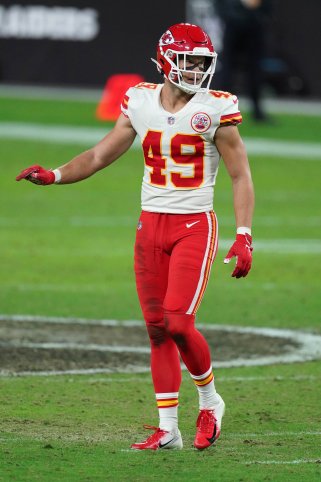 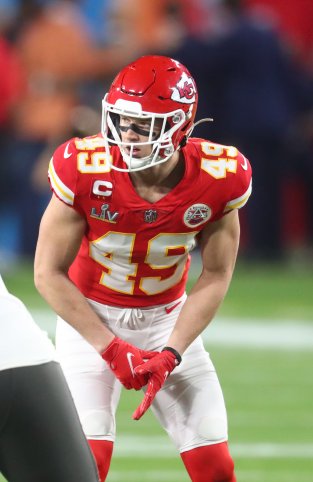 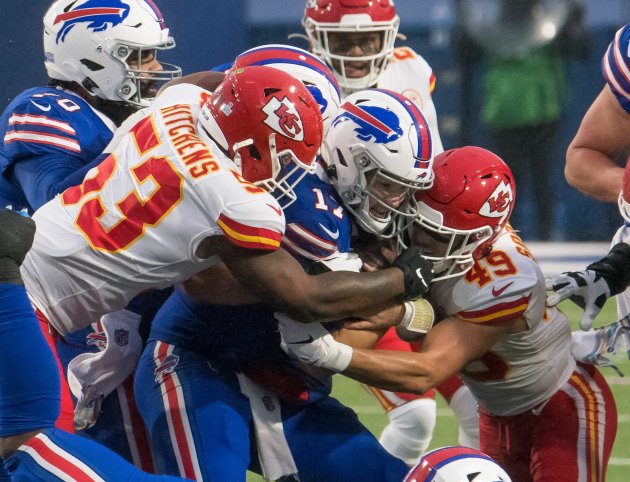 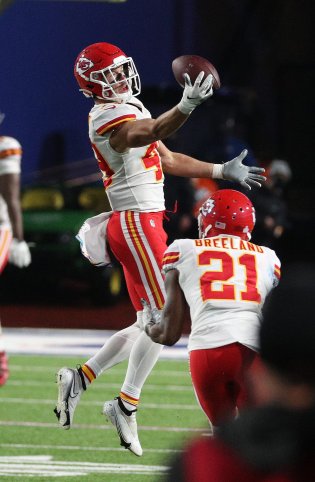 RT @UteZone: It’s been another big day on the recruiting front for Utah football and the UteZone VIP boards are POPPING. Come join the part…

RT @UteZone: It's flipping season! Yesterday Utah flipped a CB commit from the Big 12. Is another flip imminent? #GoUtes https://t.co/3qImE…

RT @UteZone: Yesterday was a massive day for Utah football. And we were there for all of it. Come see the latest on recruiting, Rose Bowl p…

RT @_HattyF: Ima say it one more time from my personal experience… if you play defense and @Utah_Football offer you COMMIT!😌

RT @UteZone: It's been a monster day for Utah football. Join in on the fun at UteZone with big savings. New subscribers get 50% off an annu…