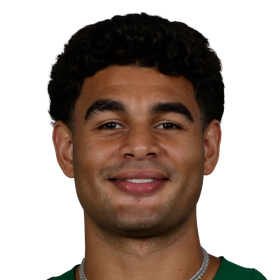 Chazz Surratt was born February 16, 1997, in Denver, North Carolina. He is a linebacker in the NFL.
Surratt attended East Lincoln High School in Denver, North Carolina. A highly regarded high school quarterback, Surratt was a two-time first-team Associated Press all-state selection. During his senior year, Surratt was named Parade National Player of the Year and a Parade All-American, as well as the Associated Press offensive player of the year in North Carolina.
Recruited by then-coach Larry Fedora to the University of North Carolina at Chapel Hill to play quarterback, Surratt redshirted during his first season with the program. Named the starting quarterback during his redshirt freshman season, replacing graduate transfer Brandon Harris, Surratt struggled with both inconsistency and injury, appearing in nine games and starting seven. He appeared in one game during his redshirt sophomore season before being lost to injury.
Surratt elected to make the switch to linebacker prior to his redshirt junior season. Surratt had a successful season, highlighted by a game-winning interception against rival Duke University. After the completion of the season, Surratt was named first-team All-ACC at the linebacker position.
Surratt opted out of participating in the 2021 Orange Bowl (January), in order to prepare for the 2021 NFL Draft. Surratt was drafted 78th by the Minnesota Vikings. 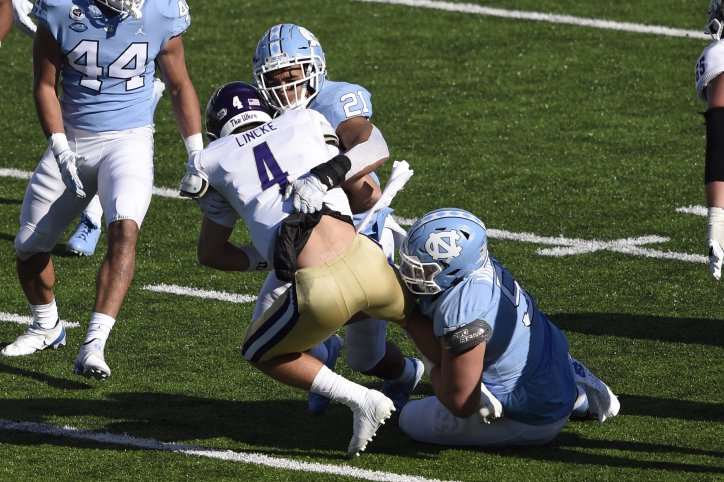 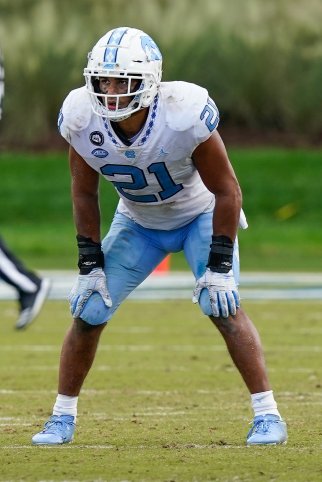 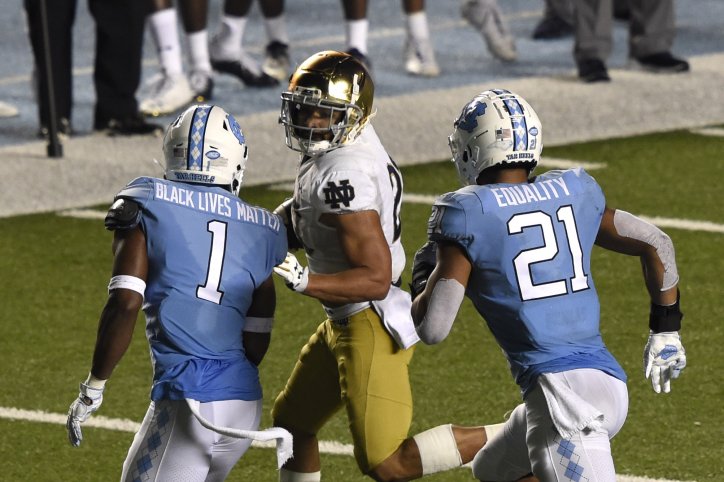 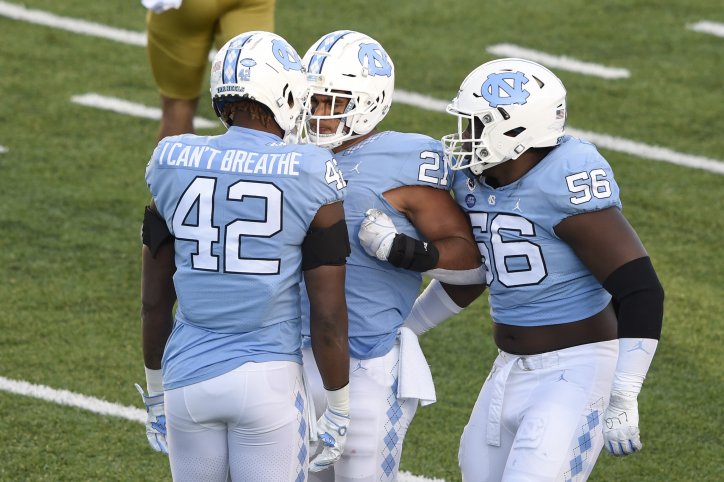