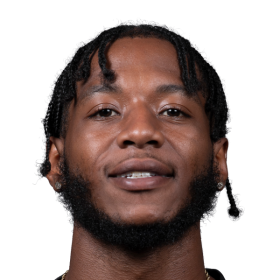 To discover treatments and a cure for ALS, and to serve, advocate for, and empower people affected by ALS to live their lives to the fullest.

During high school, Batson played quarterback on the football team. As a senior, Batson threw for more than 2,000 yards and rushed for more than 1,000...

Batson played for the Texas Tech University football team from 2014 to 2017. Batson caught 157 passes for 1,499 yards and 14 touchdowns in 50 games played. As a freshman Batson played in 12 games with nine receptions and 41 receiving yards, also returned 18 punts for 65 yards and 106 all-purpose yards, he led the team in both punt returns and punt return yards. As a sophomore Batson was used primarily as an inside receiver, primary punt returner, and holder on kicks, he finished the year with 29 receptions for 327 yards (11.3 average) and one touchdown. As a senior, Batson was named honorable mention All-Big 12 after catching 59 receptions passes for 487 yards and five touchdowns along with 14 kicks returned 308 yards and 17 punts for 91 yards. He was a 3-time All-Big 12 Academic Team Selection.

Batson signed with the Tennessee Titans as an undrafted free agent on May 11, 2018. He made his NFL debut on October 14 in a 21-0 loss to the Baltimore Ravens, returning one punt for no gain. On October 10, 2018, Batson was signed to the active roster by Tennessee.