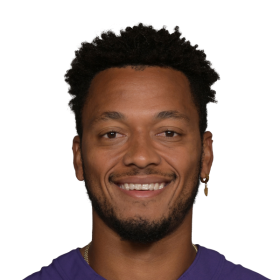 get involved
The Hundley Foundation

The Hundley Foundation is dedicated to improving the lives of children and families in need. The Foundation will support initiatives that focus on health, wellness, education and other charitable causes. It was established by NFL QB Brett Hundley and his sister Paris in 2019.

He hosted an annual Halloween Spectacular for more than 250 kids and families who live with epilepsy.

Hundley attended Chandler High School in Chandler, Arizona, where he played high school football for the Wolves football team. As a junior, he complete...

Hundley attended Chandler High School in Chandler, Arizona, where he played high school football for the Wolves football team. As a junior, he completed 107 of 170 passes for 1,517 yards with 16 touchdown passes and two interceptions. As a senior, he completed 139 of 225 passes for 2,348 yards with 20 touchdowns and two interceptions. Hundley's overall record as a starter in high school was 16–8. He was ranked as the second-best dual-threat quarterback recruit in his class by Rivals.com.

After redshirting in 2011, Hundley was named the UCLA starting quarterback for the 2012 season. In his first college game, against Rice, Hundley's first play was a 72-yard run for a touchdown that led to a 49–24 victory. In his second start against the No. 16 Nebraska Cornhuskers, Hundley had 305 passing yards and four touchdown passes as UCLA upset the Cornhuskers 36–30 in their home opener. Hundley also helped UCLA defeat the USC Trojans 38–28 for the first time since 2006, passing for 234 yards including 1 touchdown. In addition, Hundley ran for 2 touchdowns. The Bruins advanced to the Pac-12 Football Championship Game against Stanford but were defeated 27–24. UCLA finished the season with a record of 9–5 and was ranked No. 17 by the Associated Press. Hundley set a school single-season record with 3,740 yards passing.

In 2013, Hundley led the Bruins to a 10-win season. The team beat USC, by a score of 35–14, marking consecutive wins over their crosstown rivals for the first time in over a decade. UCLA won the Sun Bowl, 42–12, over Virginia Tech with Hundley being named the game's co-most valuable player with teammate Jordan Zumwalt. Hundley ran for 161 yards and two touchdowns on just 10 carries while also throwing for 226 yards and another two scores. For the year, his 748 yards rushing were the school's third-most rushing yards in a season by a quarterback. Two NFL teams told Adam Schefter of ESPN that Hundley was potentially the top quarterback of the 2014 NFL Draft if he left school early. However, Hundley elected to return for his junior year at UCLA. Leading up to the draft, some scouts questioned Hundley's passing accuracy and decision making.

Hundley attempted to impress the pro scouts by running the ball less to begin the 2014 season. The team began the season undefeated at 4–0 until the No. 8 Bruins were upset 30–28 by the Utah Utes. In the game, Hundley was sacked a career-high 10 times, renewing concerns over his pocket awareness. Through 32 career games, he was sacked 107 times, the highest among active Football Bowl Subdivision quarterbacks. Hundley eventually ran more, including 24 carries for a season-high 131 yards in a 17–7 win over Arizona. Later in the season, he also became UCLA's all-time leader in touchdown passes, surpassing Cade McNown's record of 68; McNown's record came in four years as a starter (1995–1998), while Hundley broke the record in just his third season. Hundley also became the school's career leader in total offense, breaking McNown's previous mark of 11,285. He was named to the All-Pac-12 second team. He finished his career with 9,966 passing yards, second in school history behind McNown. He had also rushed for 1,747 career yards, behind only John Sciarra (1,813) among quarterbacks in UCLA history.

After his redshirted junior season, Hundley entered the 2015 NFL Draft and was chosen much later than expected, in the fifth round with the 147th overall pick by the Green Bay Packers. He became the third-string quarterback on the depth chart behind Aaron Rodgers and Scott Tolzien. Despite attempting just ten passes in his rookie regular season, his success in the preseason and off-the-field maturity eventually led to his being named as the Packers' backup quarterback after Tolzien's departure to the Indianapolis Colts.

During the first quarter of the Week, 6 game against the Minnesota Vikings on October 15, 2017, Rodgers suffered a broken collarbone on a hit by Anthony Barr. Hundley then entered the game, completing 18-of-33 passes for 157 yards, and one touchdown. He also had his first career reception on a 10-yard pass from wide receiver Randall Cobb on a trick play. Overall, in the 2017 season, Hundley finished with 1,836 passing yards, nine touchdowns, 12 interceptions, 270 rushing yards, and two rushing touchdowns.

On August 29, 2018, Hundley was traded to the Seattle Seahawks for a sixth-round pick in the 2019 NFL Draft. On March 14, 2019, Hundley signed a one-year contract with the Arizona Cardinals. On July 31, 2021, Hundley signed with the Indianapolis Colts. 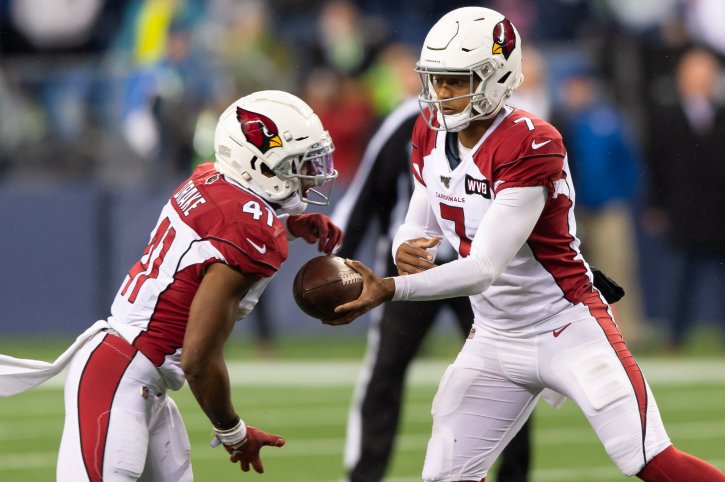 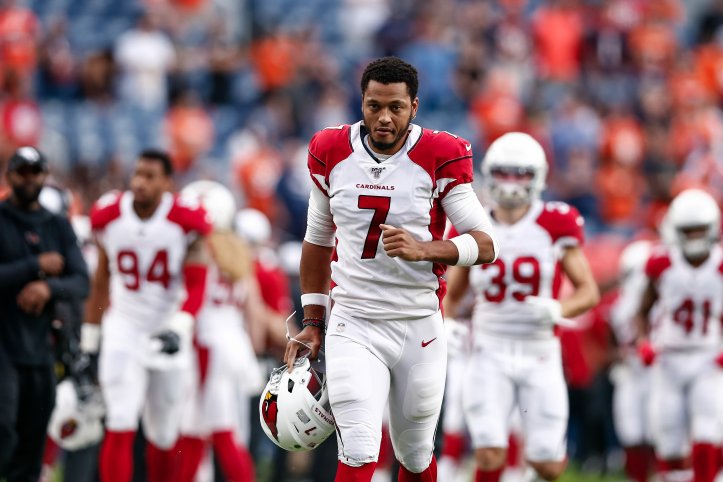 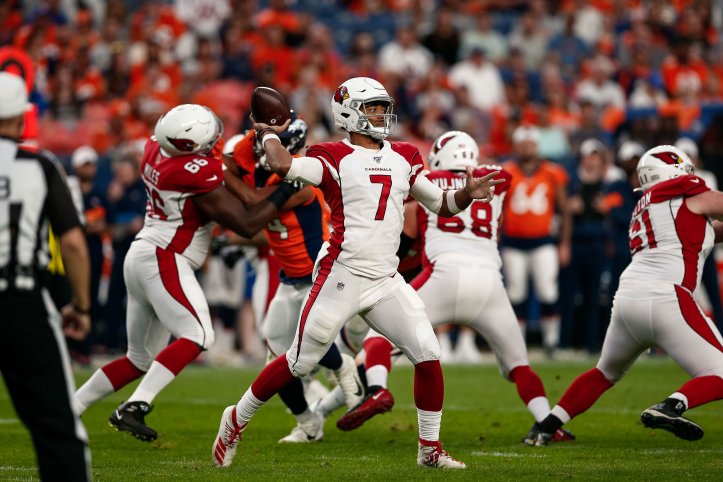 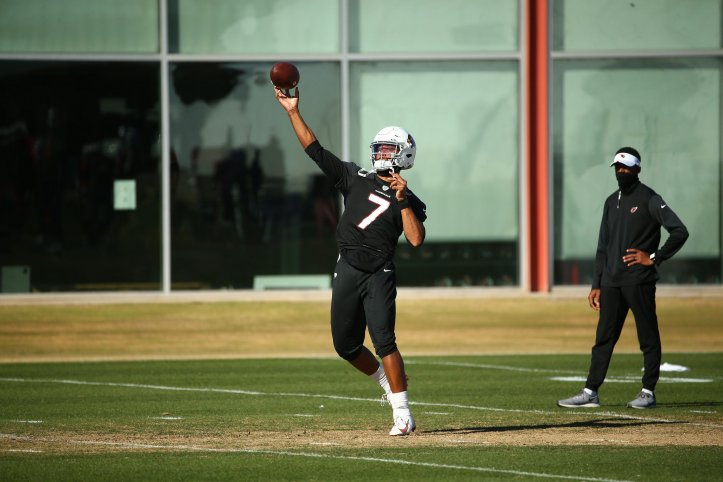 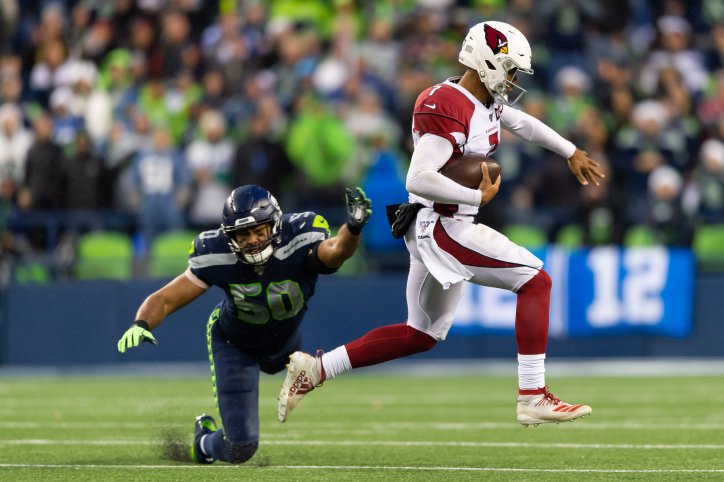 RT @NFLPA: Our Week 7 #CommunityMVP is @bretthundley7 after he stepped #UP in a big way for 250 kids and families living with epilepsy – th…

Honored &amp; truly thankful to be named the @nflpa Community MVP for this week 🙏🏾 Being in a position where I can give back and help families and kids in need is what @thehundleyfoundation is all about. #Grateful https://t.co/BZVszfrdqL