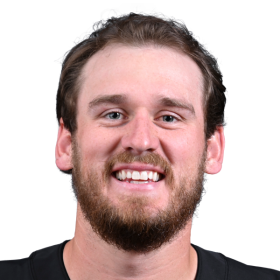 The talented individuals who make up Convoy of Hope’s dedicated and compassionate team each bring unique expertise and experiences to the organization. Though everyone serves a different role, each person is committed to helping feed millions of people in the U.S. and around the world.

Pinion played college football at Clemson from 2012 to 2014 under head coach Dabo Swinney. As a freshman in the 2012 season, Pinion only appeared in five games. On Sept...

Pinion wasted no time making his mark in the community after being selected by the 49ers in the fifth round (165th overall) of the 2015 NFL Draft out of Clemson University. After attending nearly every community event on his days off throughout his first season, Pinion earned the 49ers Community Relations Rookie Service Award. To earn this prestigious award, Pinion volunteered at 12 community events in six months and dedicated more time to serving others than any other member on the team.

Over the past seasons, Pinion has made an impact on several causes, including athletes with special needs, literacy, animal adoption, wounded veterans, cancer awareness and character building. Pinion has solidified his status as one of the most devoted community servants on the 49ers. In his first three years with the 49ers, Pinion has participated in 30 events benefiting over 40 different organizations.

Throughout 2017, Pinion has continued to lead the 49ers community relations efforts. He was the keynote speaker at this year’s Charlie Wedemeyer High School All-Star Football Banquet held in honor of the players and coaches selected for the 2017 All-Star team. He cut the ribbon at the grand opening of a Fitness Zone at the JW House, welcoming kids for the inaugural afternoon of play at the home where families find hope and support while their loved ones are in the hospital.

As part of the Character Playbook LIVE program, Pinion hosted several classrooms via video conference to discuss different lessons related to positive character development and healthy relationships, placing an importance on education, communicating effectively and treating those around you with respect. He later joined Furry Friends Pet Assisted Therapy Services for animal therapy and confidence building activities with students in the Leland High School special needs program as they worked to erase the stigma attached to special needs.

Pinion danced with a pediatric cancer warrior down the runway as her story of strength and courage was shared at the Crucial Catch Fashion Show that also featured breast cancer survivors in honor of the NFL’s Crucial Catch Campaign. Prior to this past Sunday’s game against the Chicago Bears, Pinion joined the 49ers at a “My Cause, My Cleats” design event where he helped representatives from organizations including the military, education sector, San Francisco Police Department and epilepsy awareness design cleats that the players wore in Week 13 versus Chicago. Pinion showed support for his selected cause, Convoy of Hope, on his cleats. 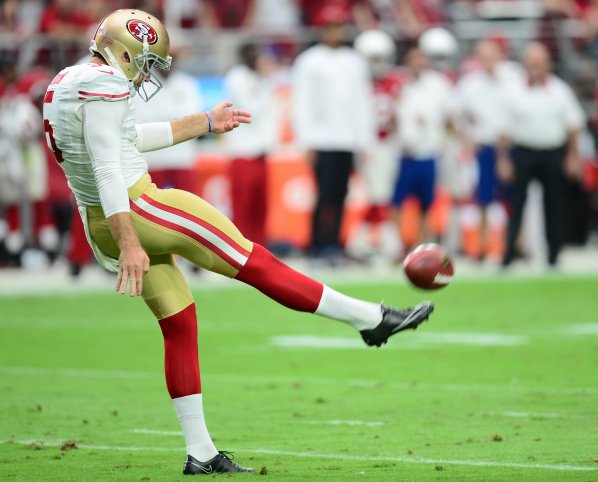 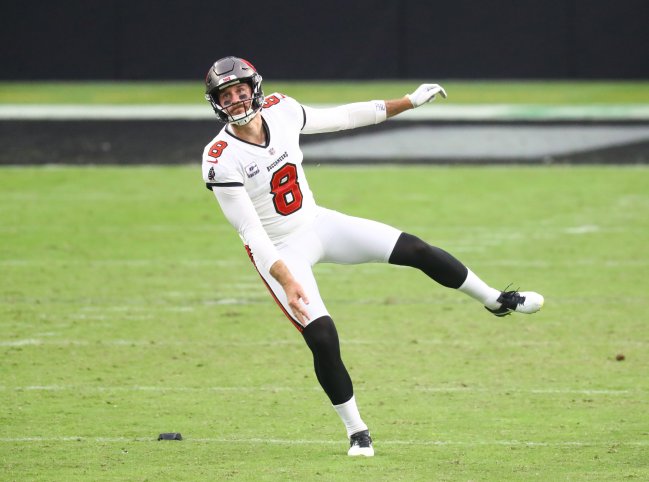 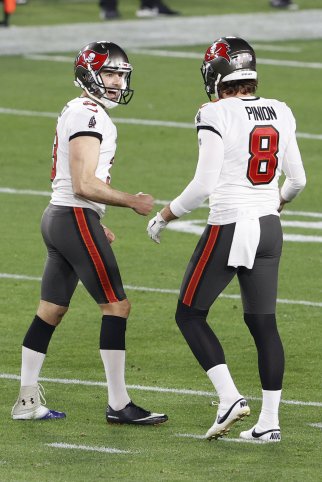 ….and the home of the brave…. Let’s Freaking Go!! #LFG #firethecannons “For the Spirit God gave us does not make us timid, but gives us power, love and self-discipline.” - 2 Timothy 1:7 @ Raymond James Stadium https://t.co/4xwzQNzbcQ

RT @JPPetersonshow: Great show today with a great lineup of guests! A big thank you to @bpinion05, @LedyardNFLDraft and @BucSidelineGuy for…