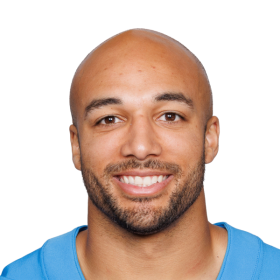 Help our organization by donating today! All donations go directly to making a difference for our cause.

Ekeler attended and played high school football for The Fightin' Reds at Eaton High School. During Highschool he earned All-Conference and All-State ho...

Ekeler attended and played college football at Western State for four seasons from 2013–2016. He totaled 5,857 rushing yards and 55 rushing TDs on 932 attempts (6.3 avg.) and broke almost every career rushing record in school history. Ekeler logged 1,676 rushing yards as a sophomore in 2014, set the Mountaineers record for rushing yards in a single season. Became the school’s career rushing yards leader as a junior and was a candidate for the Harlon Hill Trophy in 2015, which is awarded to the top Division-II player. He Set a career-high with a 344-yard, five-TD performance at Western New Mexico in 2015. Ekeler was a four-time first-team All-Rocky Mountain Athletic Conference selection and posted 1,000-plus rushing yards all four seasons (1,049 in 2013, 1,676 in 2014, 1,637 in 2015, and 1,495 in 2016).

Austin Ekeler Ekeler signed a three-year, $1.66 million contract that included a $5,000 signing bonus with the Los Angeles Chargers as an undrafted free agent following the 2017 NFL Draft. He has served in the backup role to Melvin Gordon in Los Angeles, but has seen significant time and has produced when given the opportunity. After Melvin Gordon was signed by the Broncos, Ekeler has taken over as the lead back for the Chargers. On March 16, 2020, Ekeler signed a four-year $24.5 million contract extension with the Chargers. 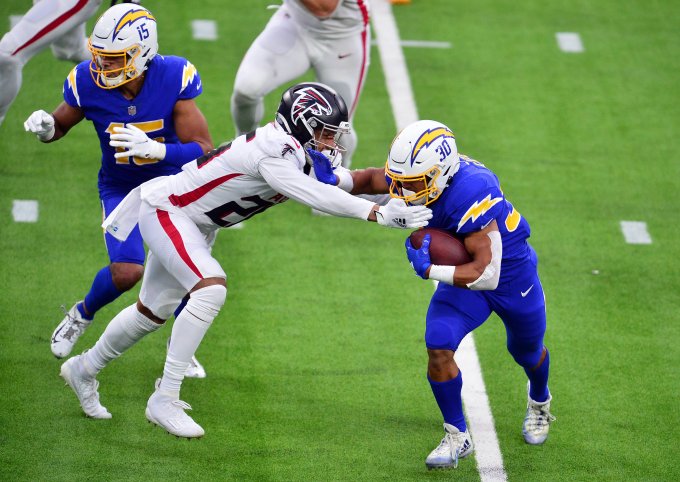 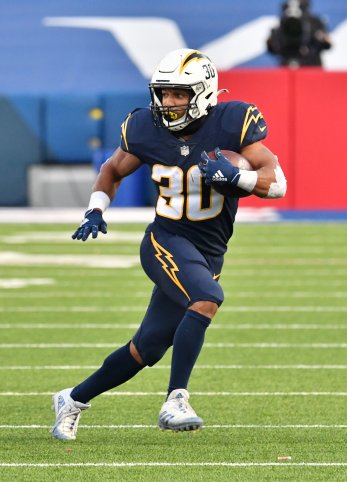 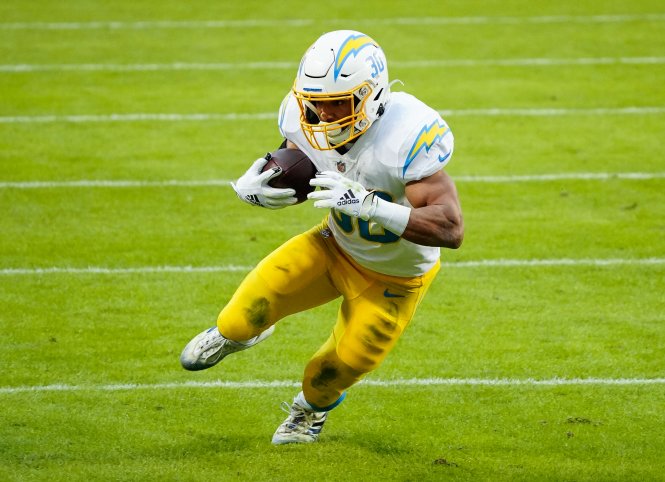 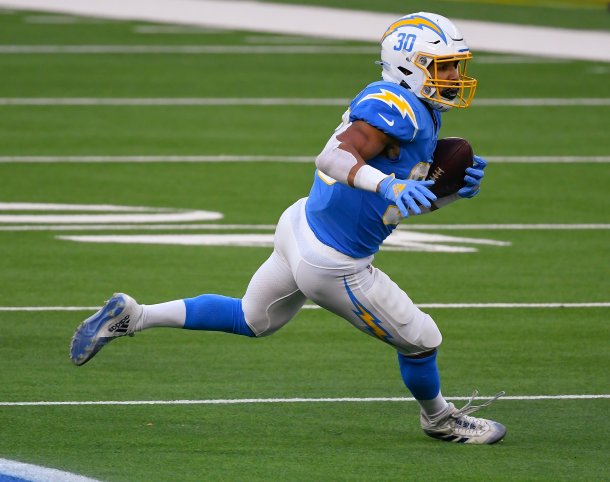 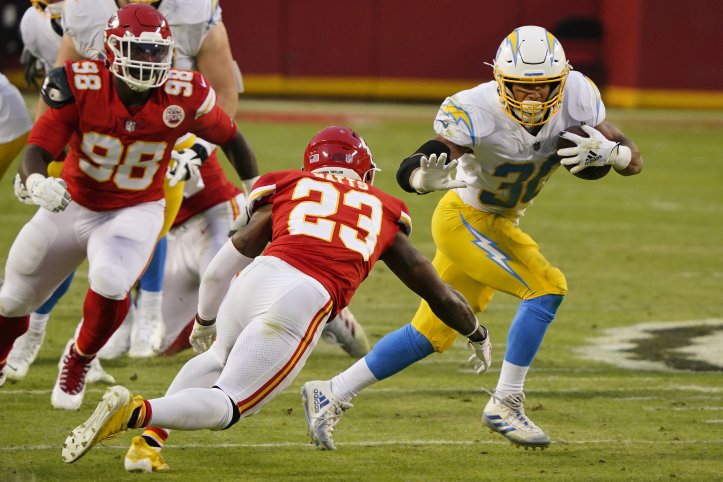 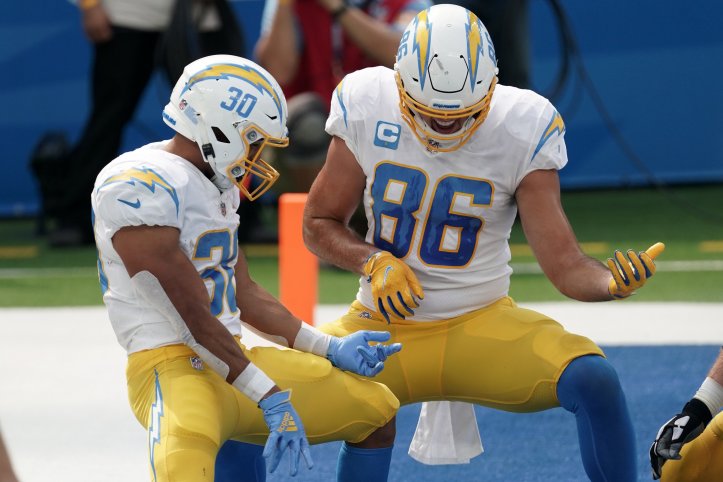 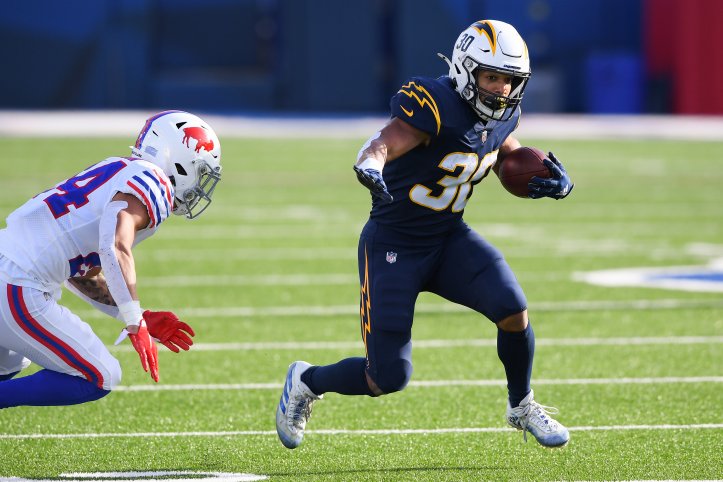 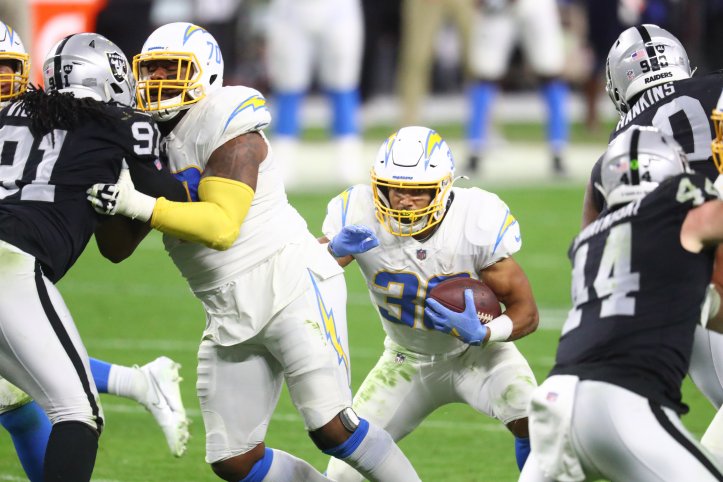 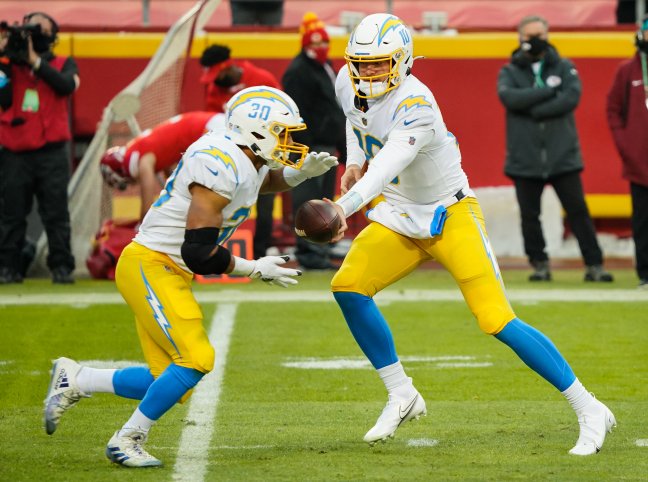 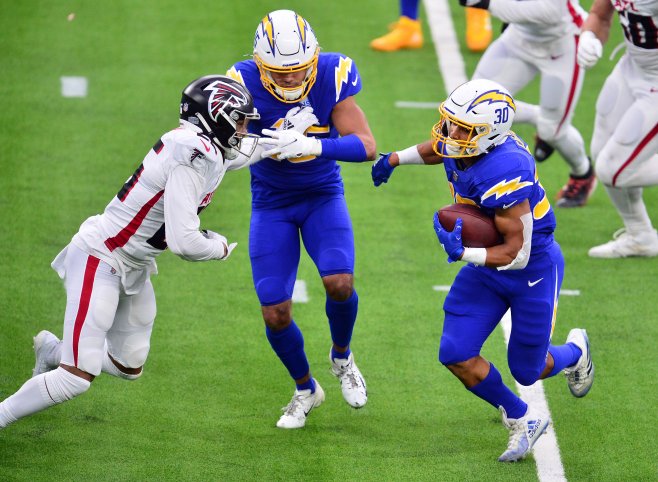 RT @mattmoneysmith: The best story of a path to stardom. Always appreciate @AustinEkeler when he joins us. https://t.co/fH4H0Cp8HX

RT @nflnetwork: Should @AustinEkeler be considered RB1 in your @NFLFantasy drafts? 🤔 https://t.co/cWnwLxPMGK

RT @ZachGelb: [email protected] makes it clear that he has zero time for anyone doubting the @chargers this year. #BoltUp (@CBSSportsRadio)…

RT @Fantasy_Mansion: so cool to see coach dale and the humboldt park patriots all together and starting to practice IN SOLDIER FIELD with h…

It means the world to have you all take time out of your day to come cheer us on. Proud to be part of the Bolt Fam 💙⚡️ https://t.co/jjzRHdo0G5