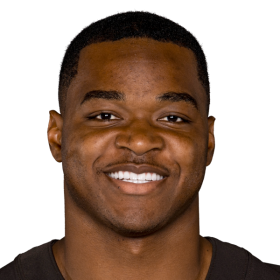 We believe that all children deserve to learn how to read and that literacy is a human right. We reflect the urgency of this issue in our mission and core values.

Cooper attended Miami Northwestern Senior High School in Miami, Florida. As a junior, he missed much of the season with an injury but still managed to be one of quarterback Teddy Bridgewater's primary targets and had 16 catches for 175 yards with four scores. Cooper was dominant on the 7-on-7 circuit a...

Cooper attended Miami Northwestern Senior High School in Miami, Florida. As a junior, he missed much of the season with an injury but still managed to be...

Cooper attended Miami Northwestern Senior High School in Miami, Florida. As a junior, he missed much of the season with an injury but still managed to be one of quarterback Teddy Bridgewater's primary targets and had 16 catches for 175 yards with four scores. Cooper was dominant on the 7-on-7 circuit at various college campuses before his senior season. He had a show outperformance at Alabama's summer camp, and that quickly led to an offer from Nick Saban and the Crimson Tide. In his final year, he hauled in 33 receptions for 722 yards and 6 touchdowns. He was a first-team FHSAA 8A All-State selection, as well as the No. 4 player on the Orlando Sentinel’s Florida Top 100. He was also invited to play at the 2012 Under Armour All-America Game, where he had a 75-yard touchdown grab and a 93-yard punt return for a score. In addition to being a standout in football, Cooper also starred in basketball and track at Miami Northwestern.

Cooper was a consensus four-star prospect. He was listed as the No. 45 in the Rivals100, and was considered the No. 6 wide receiver and No. 8 player in Florida by Rivals.com. ESPNU listed him as the nation's No. 7 wideout and No. 46 overall prospect in the ESPNU 150 while ranking 25th in the ESPNU Southeast Top 100 and No. 12 in Florida. He was ranked as the No. 6 wide receiver and the No. 10 player in the state of Florida by 247Sports.com while ranking him 55th in the Top247. Also, Scout.com rated him as the No. 12 pass catcher in the nation and 86th overall prospect. He chose Alabama over Florida State, Miami, and Ohio State, among others. Cooper announced his verbal commitment to the University of Alabama on September 22, 2011.

As a junior in 2014, Cooper set numerous single-season and career records for Alabama. Against Tennessee, he broke Alabama's single-game receiving yards record, finishing with 224. He later matched the record against Auburn. For the season, Cooper had 124 receptions for 1,727 yards and 16 touchdowns, all school records. In addition, his 124 receptions were an SEC record. He became Alabama's all-time leader in receptions (229), receiving yards (3,463), and receiving touchdowns (31). Cooper was a finalist for the Heisman Trophy, finishing third behind Marcus Mariota and Melvin Gordon. He won the Biletnikoff Award that season and was also named a unanimous All-American.

On December 20, 2015, Cooper became the first Oakland Raider rookie in franchise history to reach the 1,000-yard mark and the only receiver in the club to reach that same mark since Randy Moss, in 2005. His five 100+ yard receiving games and 72 receptions are also franchise rookie records. On December 22, 2015, Cooper was selected as an alternate for the Pro Bowl, alongside teammates Derek Carr and Latavius Murray; he replaced Brandon Marshall and played.

Cooper finished the 2017 season recording career-lows with 48 receptions for 680 yards but did have a career-high seven receiving touchdowns.

On October 22, 2018, Cooper was traded to the Dallas Cowboys in exchange for a first-round pick (27th overall, Johnathan Abram) in the 2019 NFL Draft.

During week 14 against the Philadelphia Eagles, Cooper had 10 catches for a career-high 217 yards and three touchdowns. His final touchdown, in overtime, came off a deflection from Rasul Douglas as the Cowboys won 29–23. His 217 receiving yards were the most by one player for a single game in the 2018 season. For his performance, Cooper earned his second NFC Offensive Player of the Week award.

The Cowboys finished atop the NFC East with a 10–6 record and were the number-four seed for the NFC playoffs. In the Wild Card Round victory over the Seattle Seahawks, Cooper had seven receptions for 106 yards. In the Divisional Round loss to the Los Angeles Rams, he had six receptions for 65 yards and a touchdown. On January 21, 2019, Cooper was added to the NFC Pro Bowl roster as an injury replacement for New Orleans Saints wide receiver Michael Thomas. In 15 games on the Raiders and Cowboys rosters during the 2018 season, Cooper accumulated 75 receptions, 1,005 yards, and seven touchdown receptions.

In the 2019 season, he finished with 79 receptions for a career-high 1,189 receiving yards and eight touchdowns in 16 games and starts. On March 17, 2020, Cooper signed a five-year contract extension with the Cowboys worth $100 million, which featured $60 million guaranteed, $40 million at signing, and a $20 million injury designation that becomes fully guaranteed in 2022.

On March 12th, 2022 Amari Cooper was traded from the Dallas Cowboys to the Cleveland Browns. 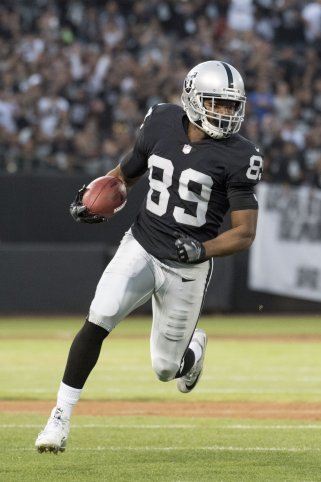 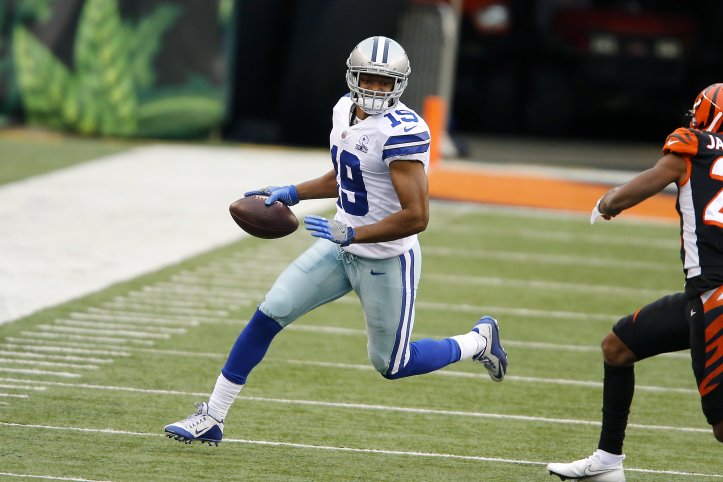 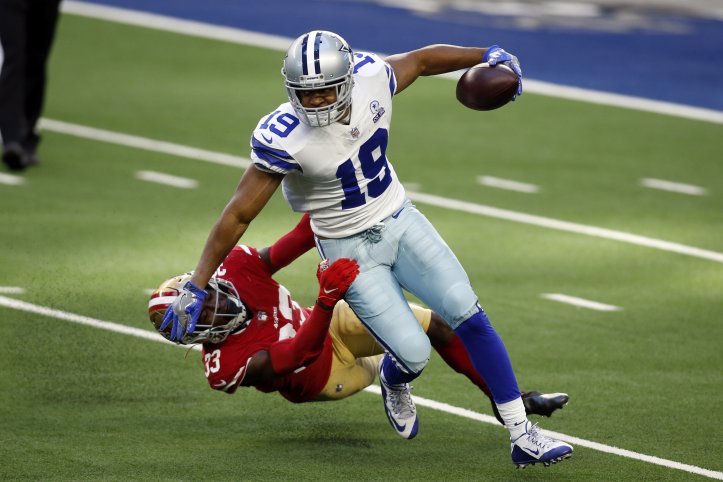 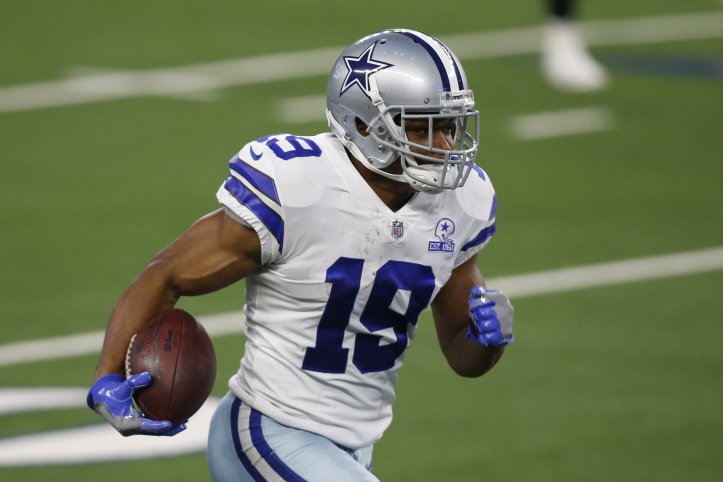