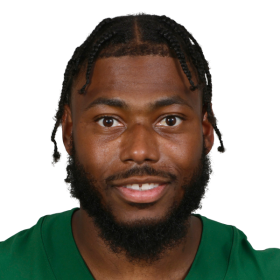 get involved
Fund for Educational Excellence

Donated $100,000 to Mount Pleasant Development and Fund for Educational Excellence

Formed in 1980, the Alzheimer's Association is the leading voluntary health organization in Alzheimer's care, support and research.

Adrian Amos played at Penn State from 2011 to 2014. As a true freshman, he played in all 13 games as a cornerback and on special teams. He recorded seven tackles and an interception. As a sophomore in 2012, Amos started all 12 games and recorded 44 tackles and two interceptions. As...

On January 24, 2015, Amos attended the Senior Bowl and recorded two solo tackles to help the North defeat the South 34–13. Amos attended the NFL combine and performed well, completing almost all the combine drills. His 40-yard dash time of 4.39s ranked seventh among all safeties and his 4.03s time in the three-cone drill ranked second amongst his position. He also finished in the top twenty among safeties at the combine in the 20-yard short shuttle and the 60-yard shuttle. On March 19, 2015, Amos opted to participate at Penn State's pro day, along with Mike Hull, Donovan Smith, Jesse James, Sam Ficken, Miles Dieffenbach, Deion Barnes, and three other teammates. He decided to perform the bench press, 40-yard dash, and positional drills for the team representatives and scouts from 19 NFL teams in attendance. He had an impressive performance overall and decreased his time in the 40-yard dash from 4.56s at the combine to 4.37s and 4.40s. Amos attended private visits or workouts for the Philadelphia Eagles and the Baltimore Ravens. At the conclusion of the pre-draft process, Amos was projected to be a second to fourth round pick by the majority of NFL draft experts and scouts. He was ranked the second-best free safety prospect in the draft by NFLDraftScout.com.

Throughout training camp, he competed with Brock Vereen and Sherrod Martin for the vacant free safety position left by the departure of Chris Conte during free agency. Head coach John Fox named Amos the starting free safety over Vereen after he had an impressive performance in the Chicago Bears' preseason-opener against the Green Bay Packers. He began the season alongside Antrel Rolle, the team's starting strong safety.

Amos made his professional regular season debut and first career start in the Bears' regular season-opener against the Green Bay Packers and recorded five solo tackles. On November 22, 2015, Amos recorded seven solo tackles and made his first career sack on Denver Broncos' quarterback Brock Osweiler. The following game, he collected a season-high nine combined tackles in a 17–13 victory over the Packers on Thursday Night Football. Amos started all 16 games in his rookie season and made 67 combined tackles (57 solo), two pass deflections, and a sack. At the end of his rookie season, Amos was selected on Pro Football Writers All-Rookie Team along with defensive lineman Eddie Goldman.

Amos was named the starting free safety to begin the 2016 season, opposite strong safety Harold Jones-Quartey. Amos started the Chicago Bears' season-opener against the Houston Texans and made five solo tackles. Amos finished the season with 65 combined tackles (57 solo) and five pass deflections in 15 games and 14 starts. On April 26, 2016, Amos, along with tight end Zach Miller, were awarded the Brian Piccolo Award.

On September 28, 2017, Amos made his first start of the season and recorded eight combined tackles against the Green Bay Packers. On October 15, 2017, he recorded eight combined tackles, deflected two passes, and intercepted his first career pass off a pass attempt by Joe Flacco, returning it for a 90-yard touchdown during the Bears' 27–24 overtime victory over the Baltimore Ravens. The interception he returned for a touchdown also marked the first touchdown of his career and came in the fourth quarter to put the Bears up 24–14. During a Week 10 matchup against the Green Bay Packers, Amos tied his season-high of eight solo tackles. Pro Football Focus gave Amos a grade of 92.3 through the first twelve games, which made him second amongst all safeties. On January 6, 2018, Amos recorded a season-high eleven tackles in the season finale against the Minnesota Vikings. Pro Football Focus named their 2017 All-Pro team, with Amos entered at safety. He finished the season with ten starts in thirteen games, recording 62 tackles, three passes defended, one interception, two forced fumbles (including a recovery), and a touchdown.

On March 14, 2019, Amos signed a four-year, $37 million contract with the Green Bay Packers. In the 2020 season, In Week 7 against the Houston Texans, Amos recorded his first sack of the season on Deshaun Watson and later recovered a fumble lost by David Johnson late in the fourth quarter to seal a 35–20 Packers' win In Week 10 against the Jacksonville Jaguars, Amos recorded his first interception of the season off a pass thrown by Jake Luton during the 24–20 win. 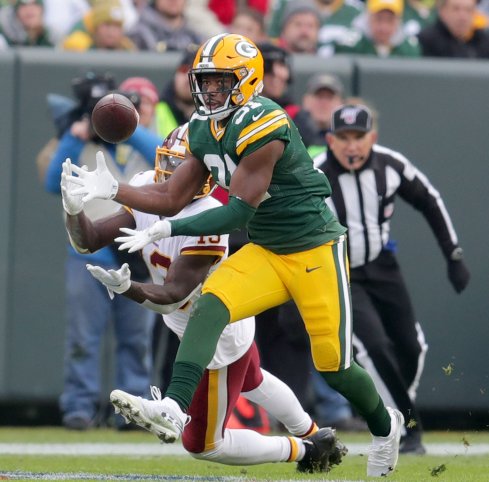 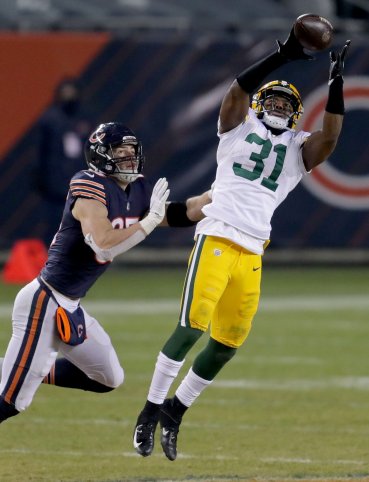 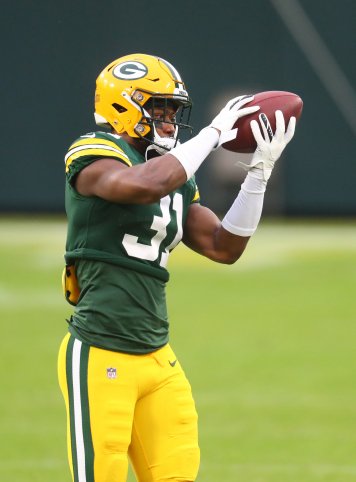 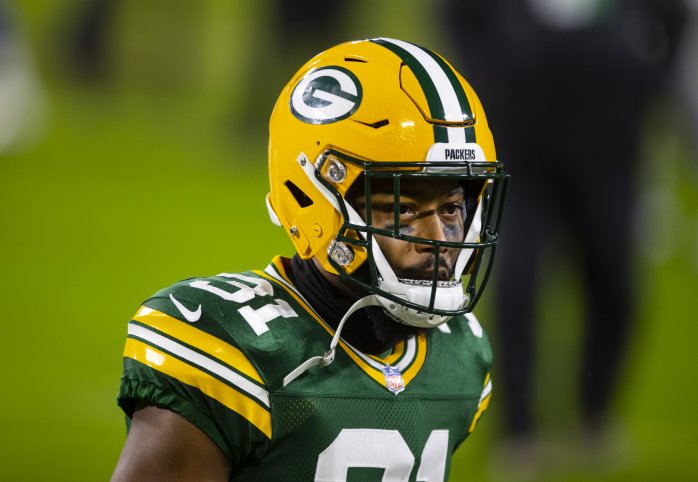 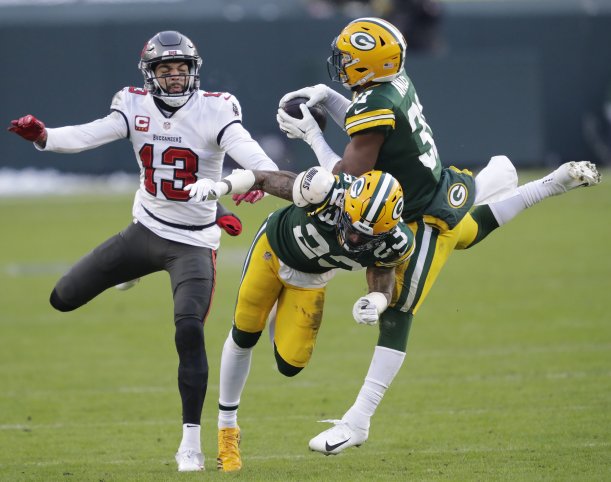 A healthy Mixon top 5 to me

RT @coachc_db: Superstar in the making!!! Proud of this one here! @CoachWillJ1