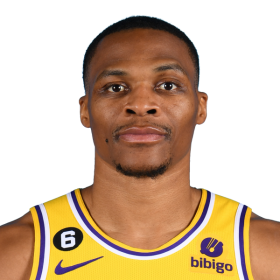 The mission of the Russell Westbrook Why Not? Foundation is to inspire the lives of children, empower them to ask “Why Not?” and teach them to never give up. The foundation works to help children that are facing hardships of any kind and when faced with that adversity fight to succeed and to never give up.

Founded in 1910 and headquartered in New York City, the National Urban League spearheads the efforts of its local affiliates through the development of programs, public policy research, and advocacy. Today, the National Urban League has 90 affiliates serving 300 communities in 37 states and the District of Columbia, providing direct services that impact and improve the lives of more than two million people nationwide. The party was attended by over 350 students who participate in the Urban League’s after school programs. Russell Westbrook surprised the children and gave them all new shoes while his mother handed out backpacks. The children also received t-shirts, autographed photos and a visit from Santa.

Russell Westbrook served over 900 meals to Oklahoma City families alongside his brother, Ray, and Thunder teammate, Hamidou Diallo. Westbrook provided holiday joy to the community by gifting Jordan wristbands to the youth upon entrance and raffle giveaways of signed basketballs and more.

The Children’s Guild Alliance, founded in 1953, is a nonprofit organization serving children, families and child-serving organizations and is dedicated to transforming how America cares for and educates its children through education, behavioral health and national training and consultation services. The Children’s Guild Alliance programs are guided by Transformation Education (TranZed), an organizational philosophy that fosters a culture of flexibility. This culture creates management and staff who are agile thinkers. This assures children are treated as individuals and taught the way they learn best.

get involved
Greater Than AIDS

Greater Than AIDS GREATER THAN AIDS is a leading public information response to the U.S. domestic HIV/AIDS epidemic with a focus on areas and people most affected. Emphasizing hope, unity and personal empowerment, Greater Than AIDS is about what is possible when we come together. Whether HIV negative or positive, we all have a role to play in ending HIV/AIDS.

NBA Cares is the league’s global social responsibility program that builds on the NBA’s mission of addressing important social issues in the United States and around the world. NBA Cares works with internationally-recognized youth-serving programs that support education, youth and family development, and health-related causes.

He and his brother, Raynard, were raised in the inner city of Los Angeles by their parents, Russell, Jr. and Shannon Westbrook. Russell's father trained him and Raynard in football and then basketball while Shannon made sure they were equally focused on academics.

He and his brother, Raynard, were raised in the inner city of Los Angeles by their parents, Russell, Jr. and Shannon Westbrook. Russel...

He and his brother, Raynard, were raised in the inner city of Los Angeles by their parents, Russell, Jr. and Shannon Westbrook. Russell's father trained him and Raynard in football and then basketball while Shannon made sure they were equally focused on academics.

Entering Leuzinger High School at just 5 ft 8 in and 140 pounds Russell was not immediately a stand out player and did not start on the school's varsity basketball team until his junior year. While he did not receive much attention from top basketball schools, he continued to work hard with the support of his family and friends. Russell's senior year he averaged over 25 points per game and led Leuzinger to a 25-4 record and then graduated with honors and a 3.9 GPA.

High school is where Russell's mantra of "Why Not?" was born. Every time he, his friends and his family faced adversity instead of being defeated they asked themselves, "Why Not?" and worked even harder. Russell was offered a scholarship to UCLA and was able to further his education and continue to play basketball in his hometown of Los Angeles. During his time with the Bruins they went to back-to-back Final Fours and he was named the Pac-10 Defensive Player of the Year as a sophomore.

After two years at UCLA Russell opted to leave school and pursue a professional career. Many thought this was the wrong decision but Russell believed in himself and "Why Not?". He was selected fourth overall by the Seattle Supersonics in the 2008 NBA draft, which became the Oklahoma City Thunder shortly thereafter.

He is a nine-time NBA All-Star and earned the NBA Most Valuable Player Award for the 2016–17 season. He is also an eight-time All-NBA Team member, led the league in scoring in 2014–15 and 2016–17, and won back-to-back NBA All-Star Game Most Valuable Player awards in 2015 and 2016. In 2017, the year he won the league MVP award, Westbrook became one of two players in NBA history to average a triple-double for a season, along with Oscar Robertson in 1962. He also set a record for the most triple-doubles in a season, with 42. He went on to average a triple-double the following two seasons also, as well as lead the league in assists and become the first player to lead the league in points and assists in multiple seasons. He ranks first all-time in career triple-doubles in NBA history.

Russell's accomplishments go far beyond the basketball court as he started the Russell Westbrook Why Not? Foundation in 2012. His foundation is dedicated to inspiring the lives of children, empowering them to ask "Why Not?" and teaching them to never give up.

Giving back to his community is important to Russell and he was recognized for his philanthropic efforts in 2015 when he received the NBA's season long Community Assist Award.

In 2015 Russell married his college sweetheart, Nina, who also played basketball at UCLA. Nina is a marriage and family therapist and owns a children's and lifestyle boutique in Oklahoma City. Russell and Nina are the proud parents of a son, Noah, and twin girls Skye and Jordyn.

On July 29, 2021, Westbrook was traded to the Los Angeles Lakers in exchange for Montrezl Harrell, Kyle Kuzma, Kentavious Caldwell pope, and a first round pick. 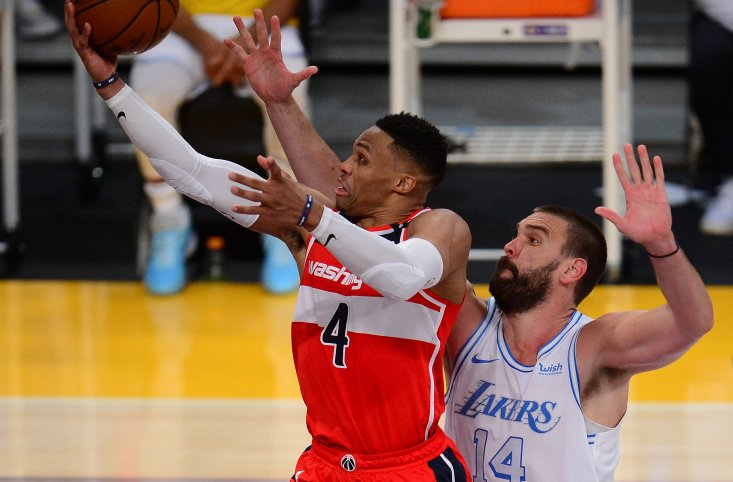 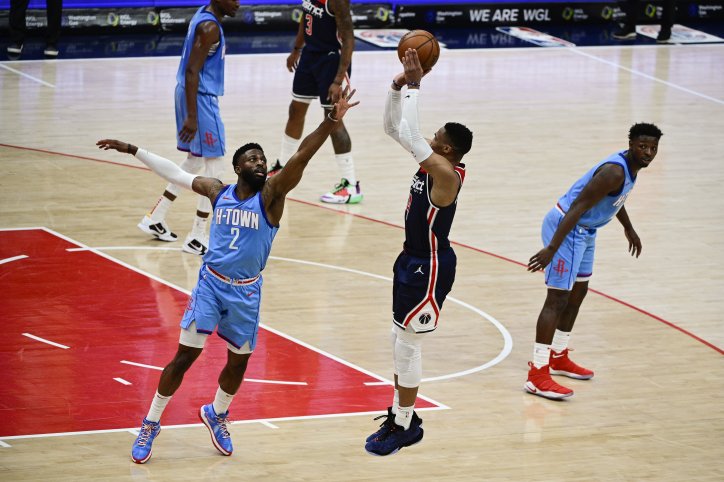 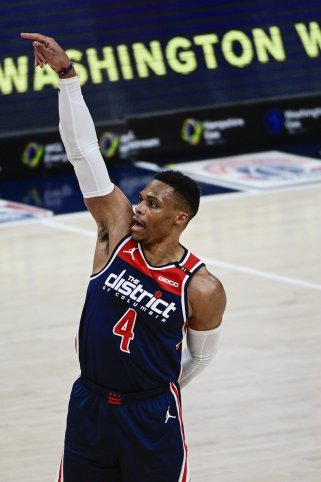 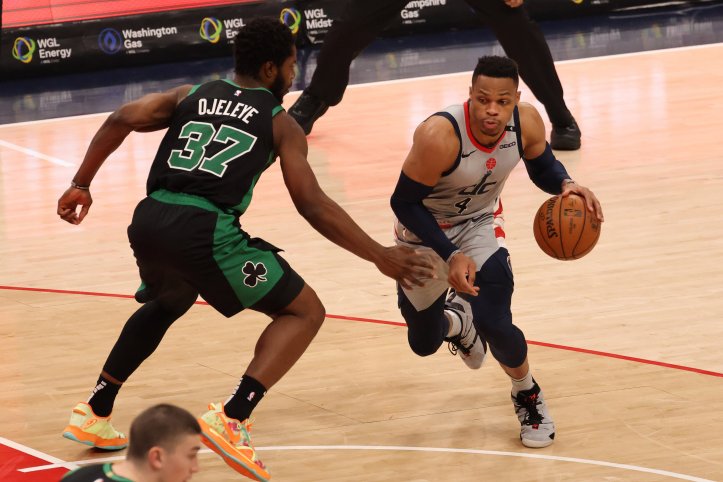 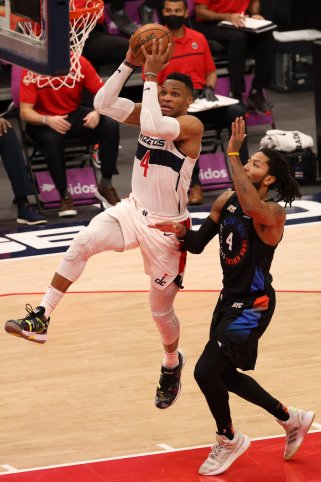 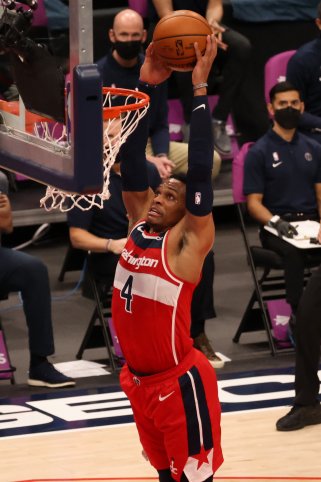 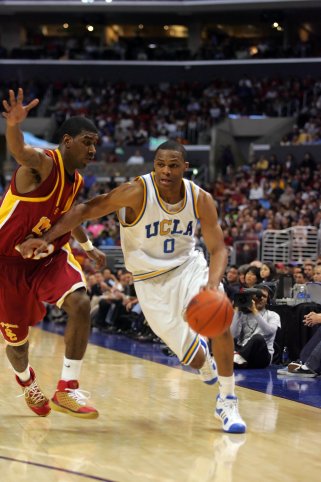 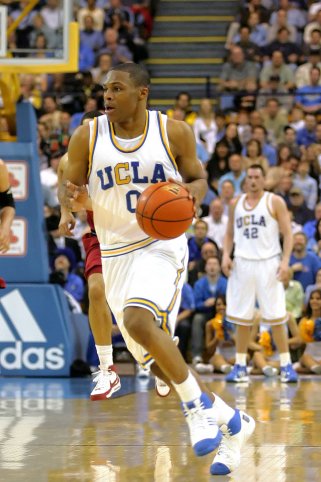 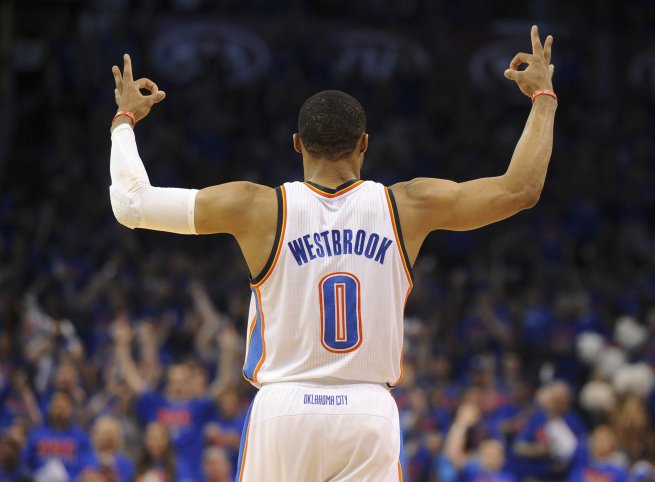 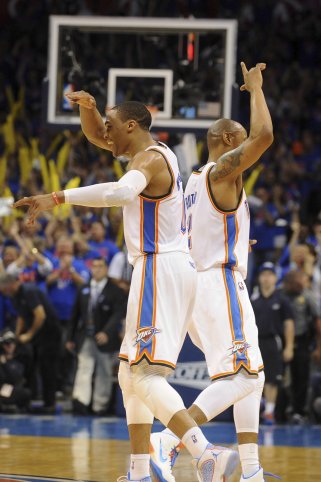 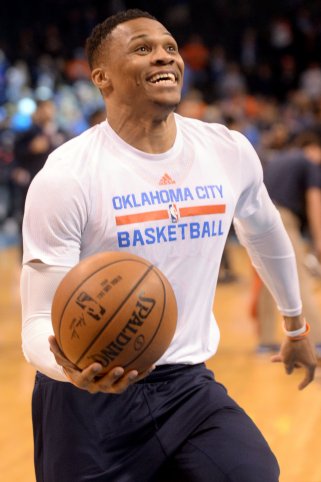 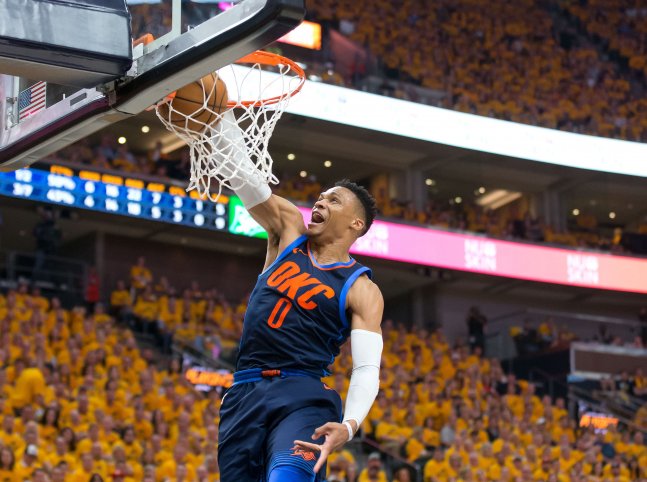 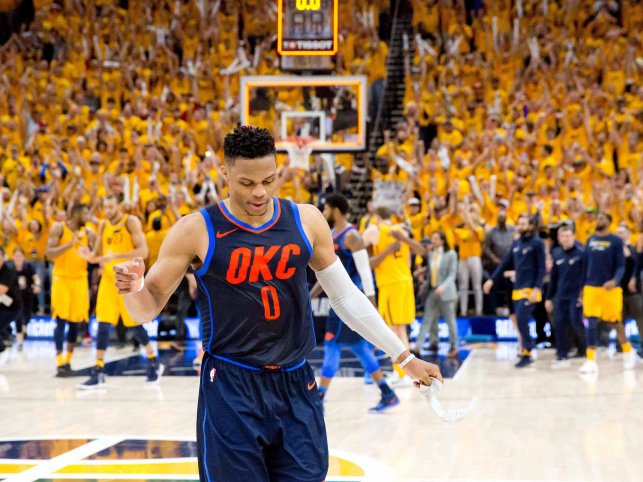 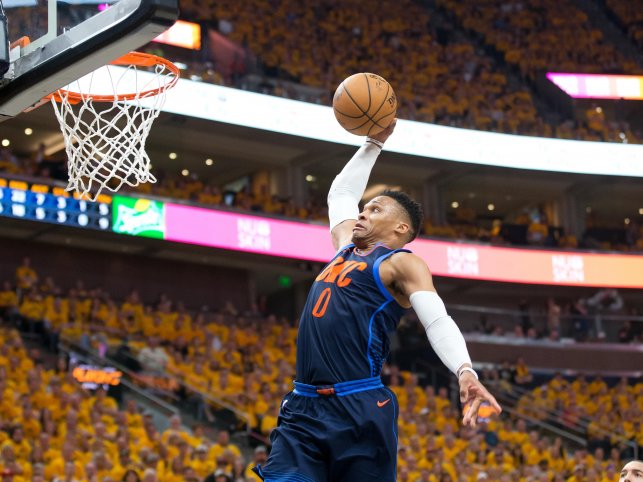 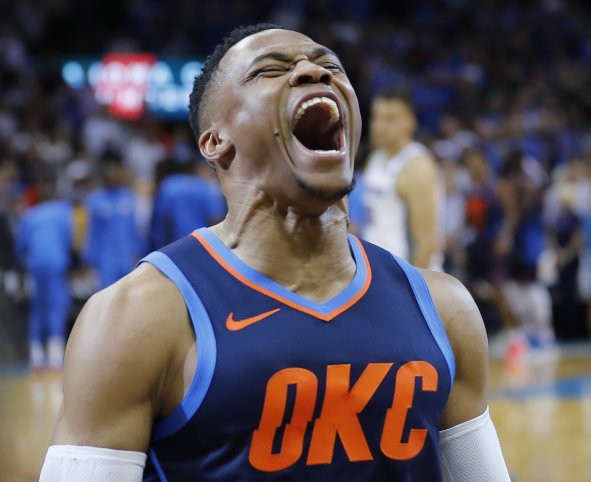 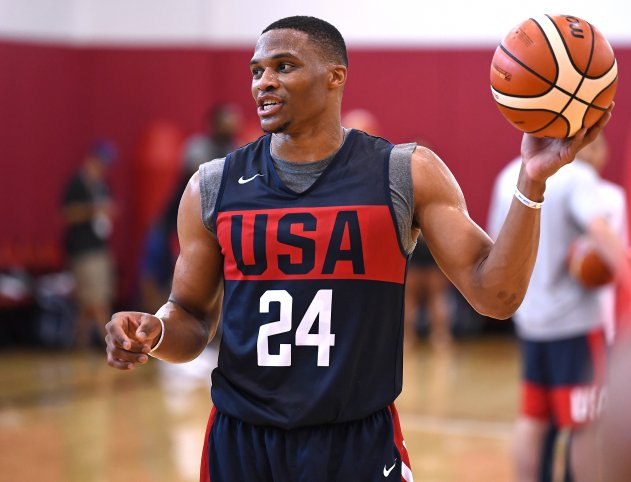 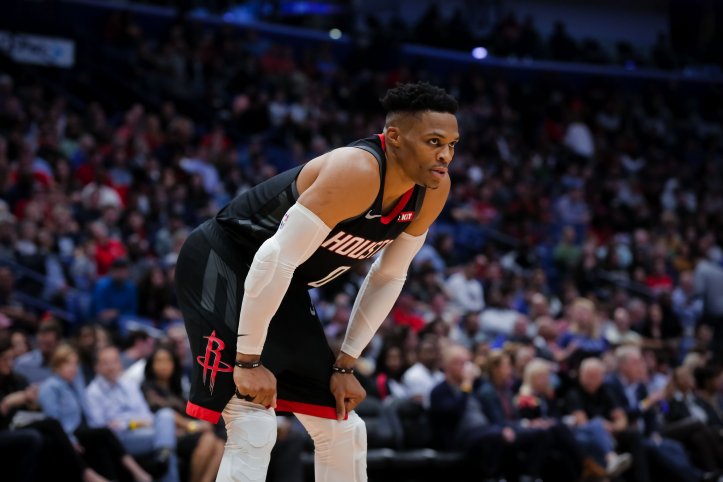 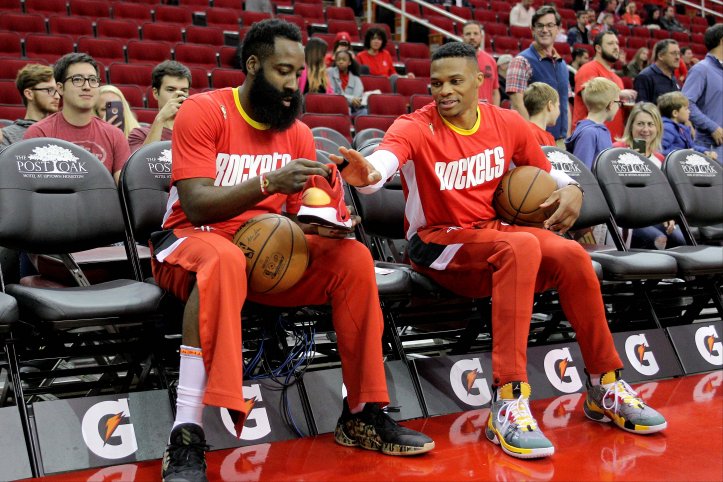 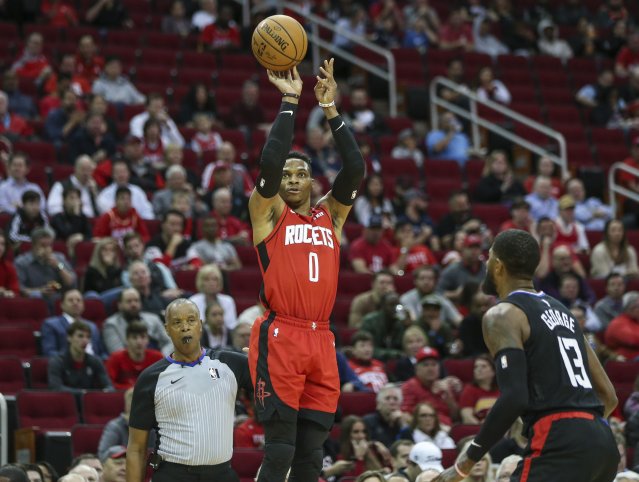 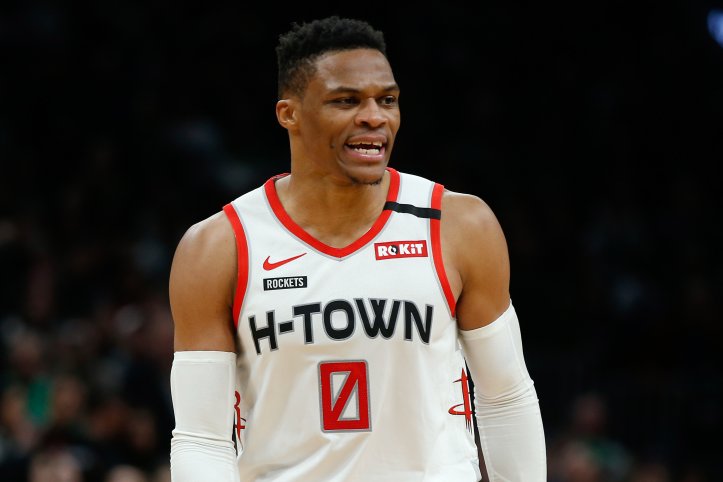 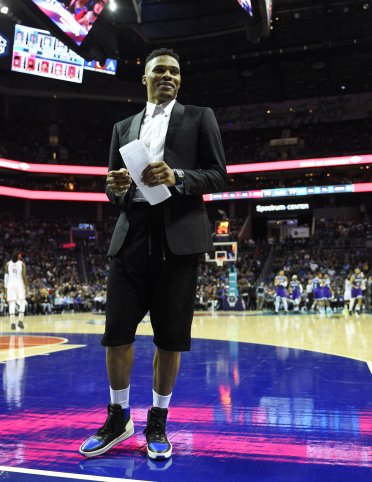 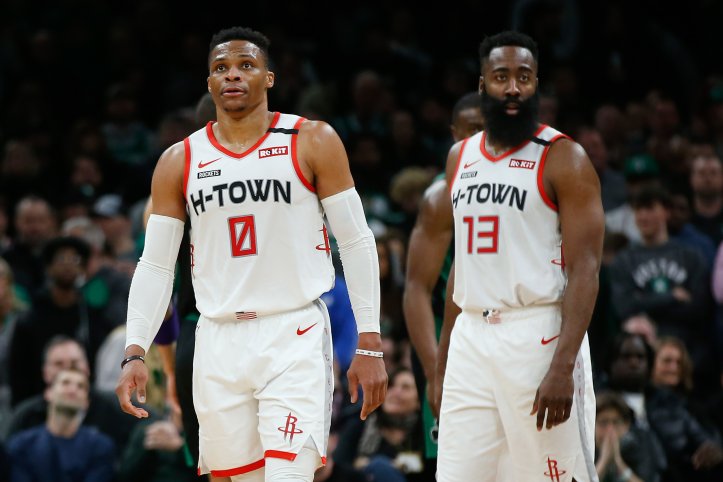 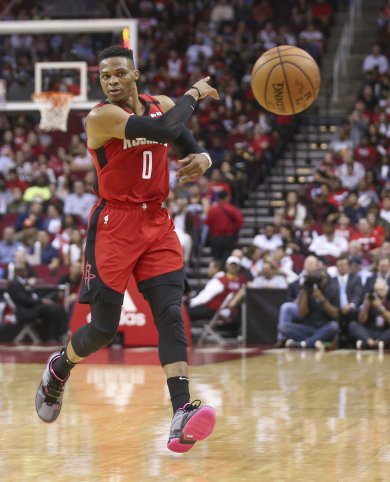 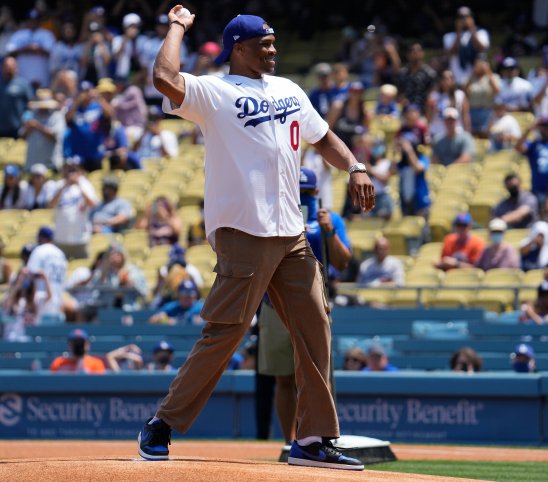 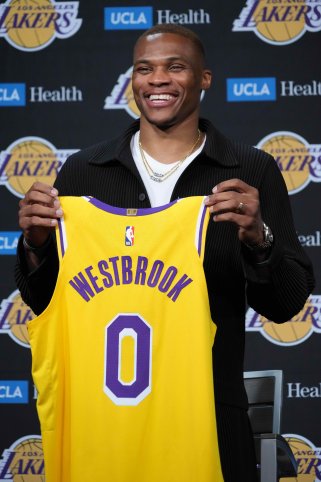 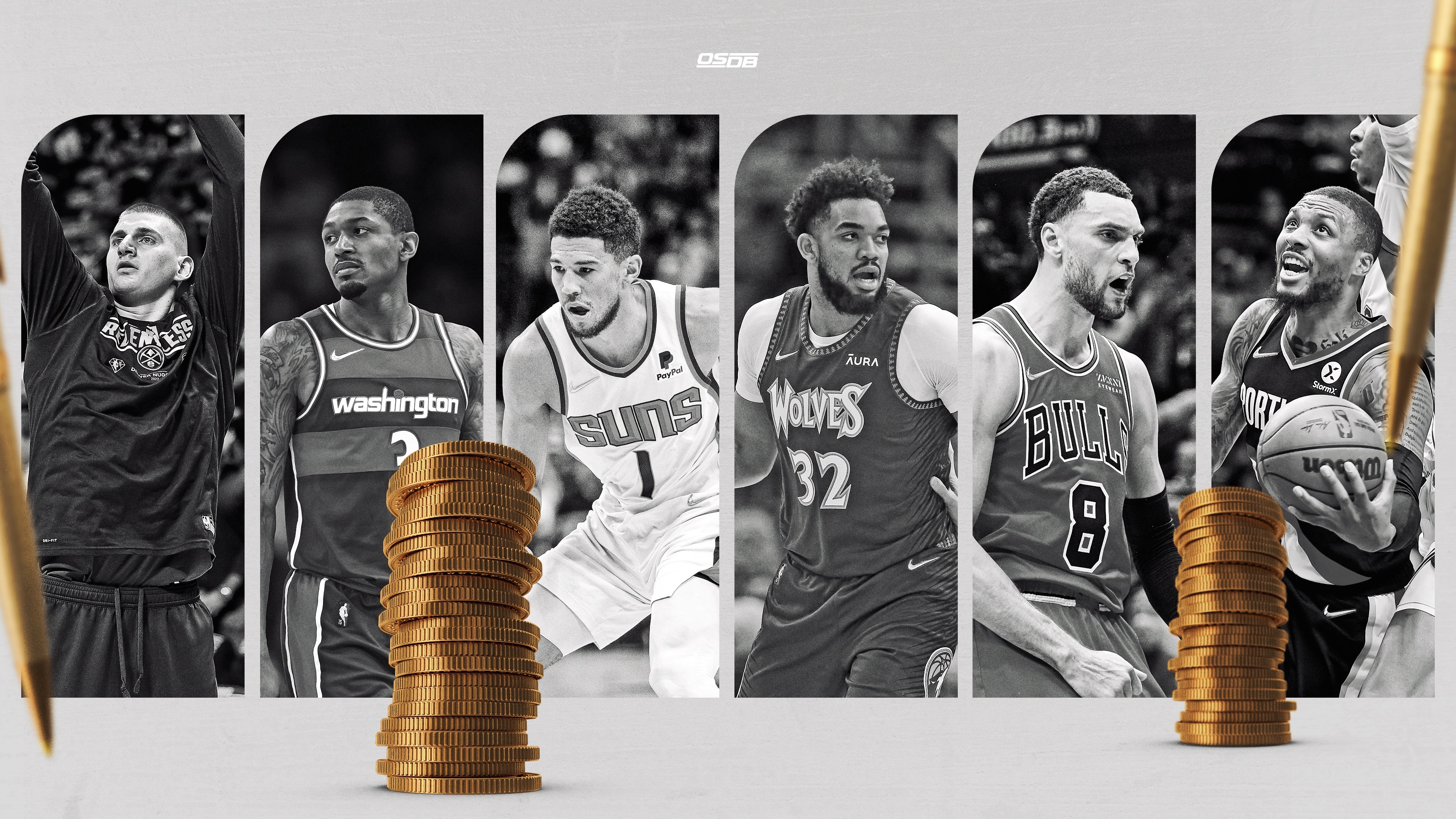 The big bucks aren’t only in Milwaukee