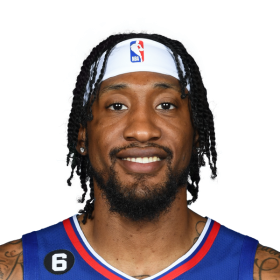 To give the younger generation in my community access to opportunities to become the change the they want to see. Providing with the access to the support and knowledge they need in real-life situations and of course on the court.

The event at St. Agnes School in Westchester, was held in conjunction with the Independence Blue Cross Foundation, represented the latest installment in the Sixers’ FIT76 program, which uses the sport of basketball and the influence of the Sixers’ organization to promote to local youth wellness and healthful lifestyles tips. Robert Covington addressed the group of 41 captivated sixth-graders about the value of getting proper sleep, eating right and staying hydrated.

get involved
Own Our Own

Own Our Own is the investment arm of Our Opportunity, an inner-city-focused economic-empowerment initiative cofounded by real estate investor and developer David Gross and the late entrepreneur, activist and rapper Nipsey Hussle. The initiative was birthed from the learnings of Vector90, a coworking community and incubator focused on developing underrepresented entrepreneurs, located in Hussle’s neighborhood of South Central, Los Angeles. Their initial concept was expanded to include housing because of its importance in achieving social equity.

Covington attended Proviso West High School in Hillside, Illinois. In 2008–09 as a senior, he was named the West Suburban Conference Player of the...

Robert Covington played all four years at Tennessee State. He shot .476 percent from the field during his four years, scored a total of 1748 points, and started 118 games. While in college, he earned a spot on the First-team All-OVC in 2012, and was a 2× Second-team All-OVC member.

After going undrafted in the 2013 NBA draft, Covington joined the Houston Rockets for the 2013 NBA Summer League. On July 15, 2013, he signed a multi-year deal with the Rockets. He spent most of the 2013–14 season in the NBA Development League with the Rockets' affiliate team, the Rio Grande Valley Vipers, appearing in just seven NBA games. He participated in the 2014 NBA D-League All-Star Game in February, where scored an NBA D-League All-Star record 33 points. In April, he was named the NBA D-League Rookie of the Year.

On November 15, 2014, Covington signed a four-year contract with the Philadelphia 76ers, and spent the majority of his first year with the team as a role player off of the bench. To begin the 2015–16 season Covington dealt with injuries and was forced to miss time. Upon his return from injury, he made a name for himself on defense as he had multiple games with six-plus steals, becoming the first to do so since 1986.

On April 12, in a loss to the Toronto Raptors, Covington had his seventh game of the season with six or more three-pointers, joining Stephen Curry, Klay Thompson and J. R. Smith as the only players to do so in 2015–16. On March 31, 2016, he was ruled out for the rest of the season with right knee soreness and swelling.

On November 17, after restructuring the terms of his contract for the 2017–18 season, he signed a four-year, $62 million contract extension with the 76ers. In May 2018, he was named to the NBA All-Defensive First Team, as he continued to show that he was one of the best defenders in the NBA.

On November 12, 2018, Covington was traded to the Minnesota Timberwolves, along with Jerryd Bayless, Dario Šarić and a 2022 second-round pick, in exchange for Jimmy Butler and Justin Patton. After sustaining an injury to his knee, Covington was forced to have arthroscopic surgery after having multiple setbacks in his recovery. 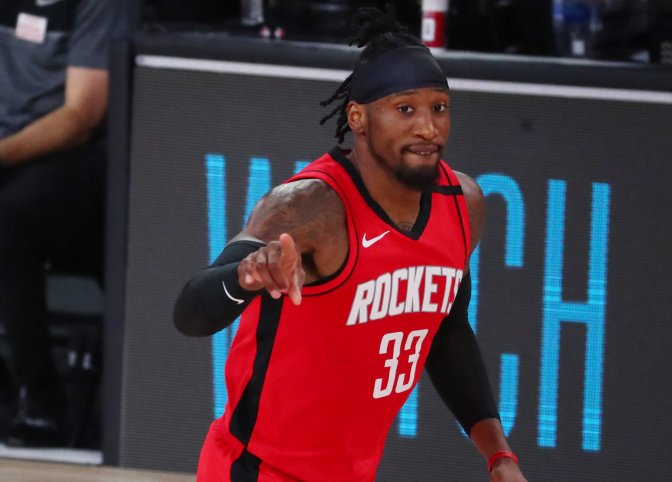 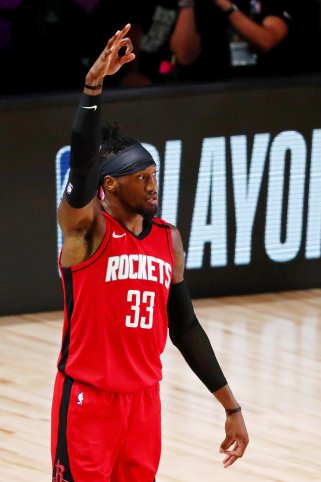 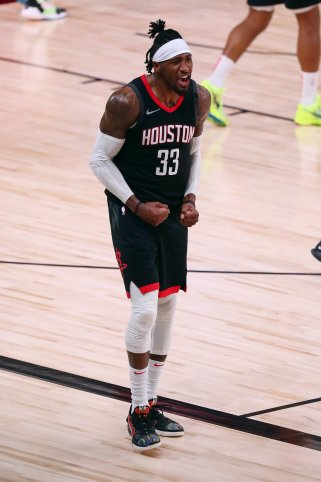 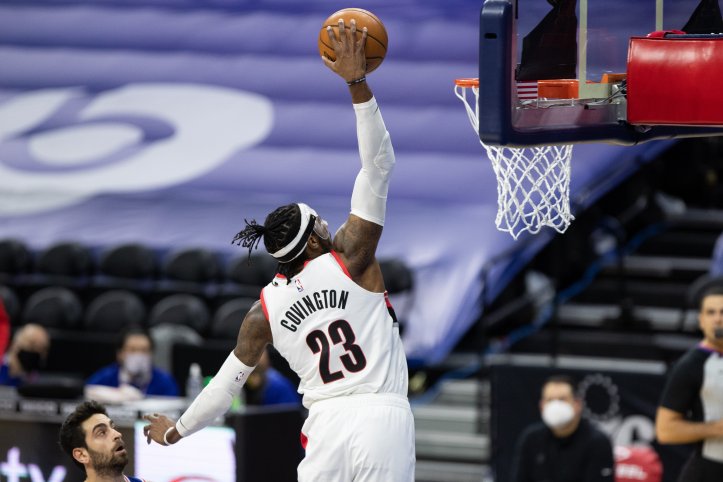 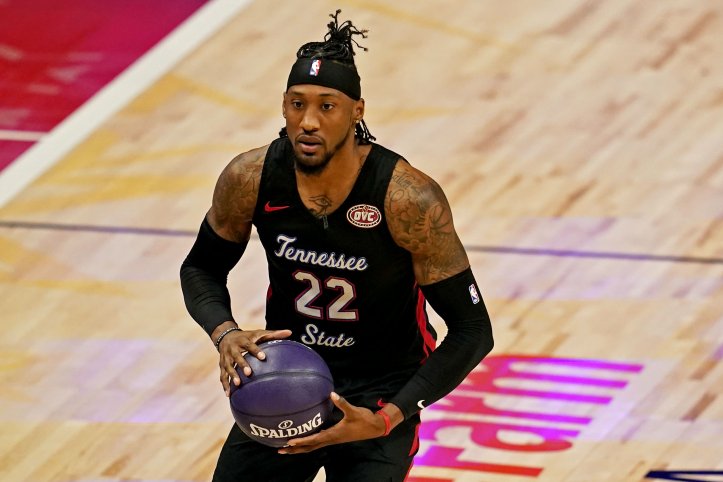 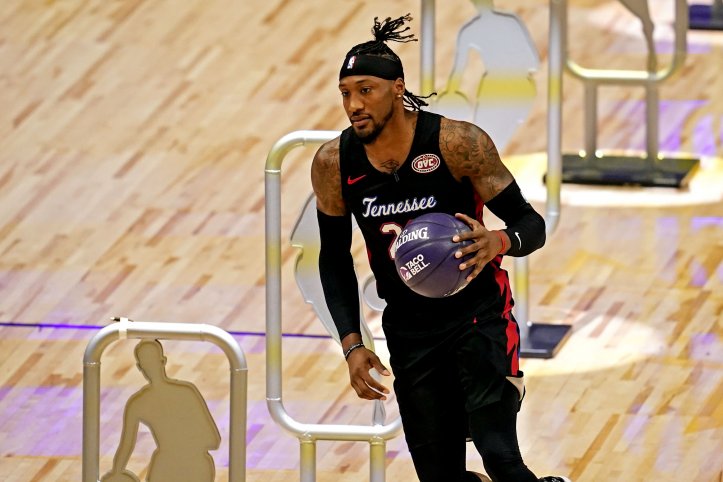 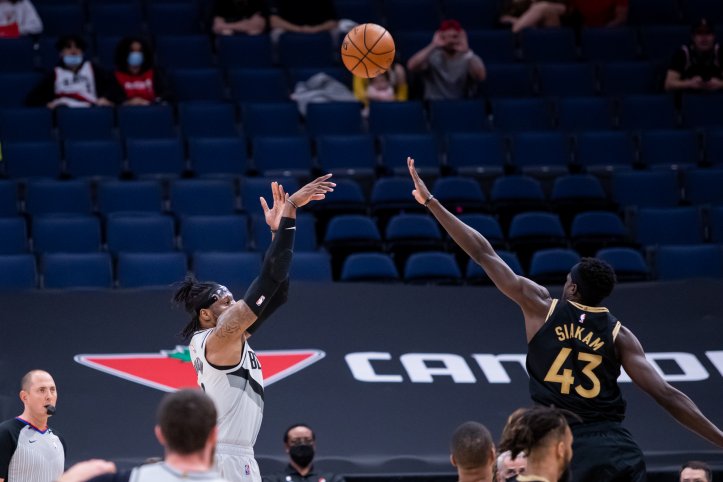 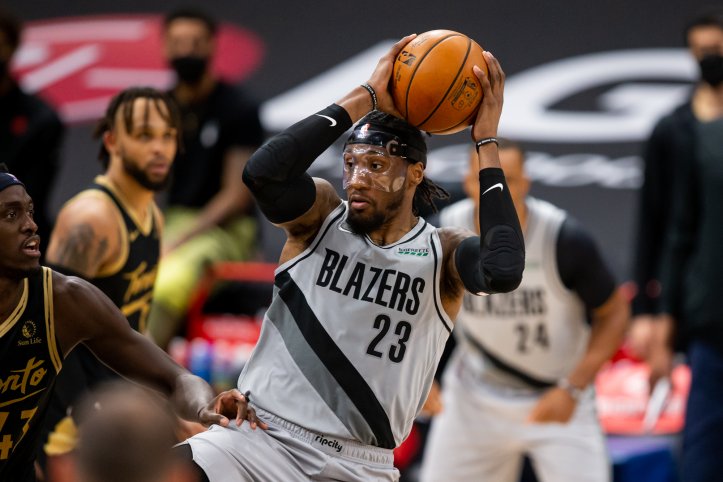 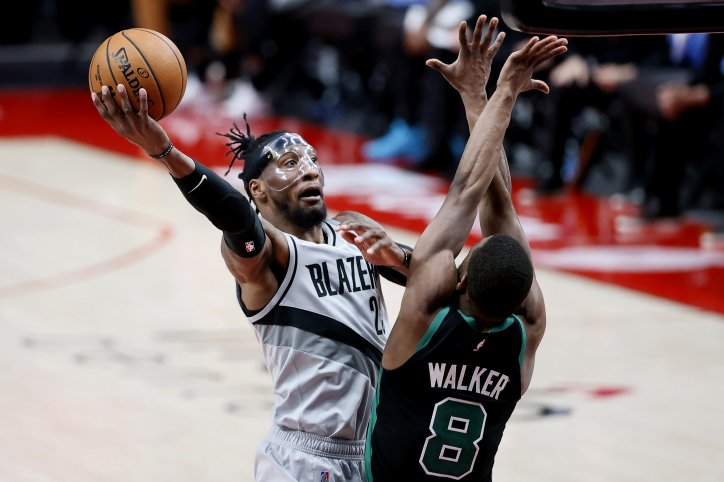