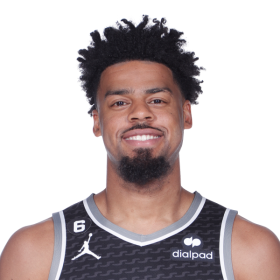 Cook started his high school career at DeMatha Catholic High School in Hyattsville, Maryland. Cook played his freshman, sophomore, and junior, seasons at DeMatha. During Cook's career at DeMatha, the Stags had an 85-18 record and finished as the number one ranked team in the state of Maryland during Cook's ju...

Cook started his high school career at DeMatha Catholic High School in Hyattsville, Maryland. Cook played his freshman, sophomore, and junior, seasons at DeMatha. During Cook's career at DeMatha, the Stags had an 85-18 record and finished as the number one ranked team in the state of Maryland during Cook's junior season.

During the summer prior to his senior season, Cook announced that he would be transferring to Oak Hill Academy in Mouth of Wilson, Virginia. Cook followed in the footsteps of Oak Hill Academy's great tradition of point guards, which includes William Avery, Steve Blake, Brandon Jennings, Ty Lawson, Rajon Rondo, Isaiah Swann, Nolan Smith, Rod Strickland, and Marcus Williams.

Cook was named to the 2009–10 USA Basketball Men’s Developmental National Team on May 28, 2009. He was a member of the 2009 USA U16 National Team that posted a 5-0 mark, captured the 2009 FIBA Americas U16 Championship gold medal and qualified the U.S. for the 2010 FIBA Under-17 World Championship, he started all five games and averaged 15.6 points, 3.6 rebounds, and a team-high 5.0 assists per game. He was also a member of the 2010 USA U17 World Championship Team that posted an 8-0 record and captured the gold medal. Cook started all eight games and averaged 7.5 points and 3.0 rebounds per game, while dishing out a tournament-leading 7.4 assists.

Cook was invited to play in the fifth annual Boost Mobile Elite 24 game prior to his senior season, joining future Duke teammates Austin Rivers, Alex Murphy, and Michael Gbinije in the game.

Following his senior season at Oak Hill Academy, Cook was named a Second Team All-American by Maxpreps. and was also a participant in the 2011 McDonald's All-American Game.

Cook was a part of a five player recruiting class for Duke in 2011, which also included Austin Rivers, Alex Murphy, Marshall Plumlee and Michael Gbinije. Duke's 2011 class was the second best recruiting class in the entire country according to ESPNU.

On January 16, 2011, he was named to the 2011 USA Basketball Junior National Select Team which competed against a World Select Team in the annual Nike Hoop Summit. Cook had 12 points and 3 assists in 16 minutes, and Team USA went on to beat the World Select Team 92-80.

Although Duke traveled to China and Dubai during the summer prior to his freshman season, Cook was forced to sit out all four exhibition games due to a lingering knee injury that he suffered during the summer before his freshman year. Cook's debut with the Blue Devils was October 14, 2011, at Duke's annual Countdown to Craziness, he scored 7 points and passed for 2 assists in his first game as a Blue Devil. Cook's career high during his freshman season was 14 points, which came against UNC Greensboro on December 19, 2011.

After going undrafted in the 2015 NBA draft, Cook joined the Oklahoma City Thunder for the Orlando Summer League and the Cleveland Cavaliers for the Las Vegas Summer League. In September 2015, he signed with the Cavaliers, only to be waived by the team on October 24 after appearing in six preseason games. On October 30, he was acquired by the Canton Charge of the NBA Development League as an affiliate player of the Cavaliers. On November 14, he made his professional debut in a 106–99 loss to the Maine Red Claws, recording 15 points, one rebound, one assist and one steal in 36 minutes. On February 5, 2016, he was named in the East All-Star team for the 2016 NBA D-League All-Star Game as a replacement for the injured DeAndre Liggins. On April 11, he was named Rookie of the Year after averaging 19.6 points and 5.4 assists to go with 3.9 rebounds in 43 games while shooting 47 percent from the field and connecting on a team-high 86 three-pointers. At the season's end, he was named to the All-NBA D-League Third Team and the All-Rookie Team.

In July 2016, Cook joined the NBA D-League Select Team for the 2016 NBA Summer League. On September 24, 2016, he signed with the New Orleans Pelicans, but was waived on October 22 after appearing in three preseason games. On November 1, he was reacquired by the Canton Charge. On February 18, 2017, he was named the MVP of the 2017 D-League All-Star Game at the Mercedes-Benz Superdome after recording an 18-point, 12-assist double-double.

On February 26, 2017, Cook signed a 10-day contract with the Dallas Mavericks. He made his NBA debut the following day, recording two points, two rebounds and two assists in 17 minutes off the bench, in a 96–89 win over the Miami Heat. On March 7, 2017, he had his best game as a Maverick, scoring 10 points in a 122–111 win over the Los Angeles Lakers. On March 8, 2017, after his 10-day contract with the Mavericks expired, Cook returned to the Charge.

Cook was signed by the Atlanta Hawks for training camp and was waived on October 13, 2017 as one of the team’s final preseason roster cuts. He signed a two-way contract with the Golden State Warriors on October 17, 2017 and was recalled to the team on November 13, 2017. Cook got his first NBA start on December 6, 2017, against the Charlotte Hornets, and scored eight points with three assists and three rebounds in 22 minutes. On March 16, 2018, Cook scored a then career-high 25 points with three assists, three steals and four rebounds in a 93–98 loss to the Sacramento Kings. The following night on March 17, 2018, Cook set another career-high 28 points in scoring along with four assists and four rebounds in a 124-109 win over the Phoenix Suns. On March 29, 2018, Cook set another career-high 30 points in scoring along with three assists and four rebounds in a 107-116 loss to the Milwaukee Bucks. Cook continued to be a key factor for the Golden State Warriors with the recent injuries to Stephen Curry. As a result of this, the Warriors signed him to a two-year deal on April 8, 2018, to help ensure his eligibility to play in the postseason. On April 14, 2018, Cook made his debut in NBA playoffs, coming off from bench with five points, two assists, four rebounds plus a block in a 113-92 blow-out win over the San Antonio Spurs. The Warriors made the 2018 NBA Finals after defeating the Houston Rockets in 7 games in the Western Conference Finals. The Warriors went on to win the NBA Championship after defeating the Cleveland Cavaliers in four games. The Warriors made it to the 2019 NBA Finals, but were defeated in 6 games by the Toronto Raptors. On June 28, 2019, the Warriors extended Cook with a qualifying offer, making him a restricted free agent, but rescinded the qualifying offer on July 3. 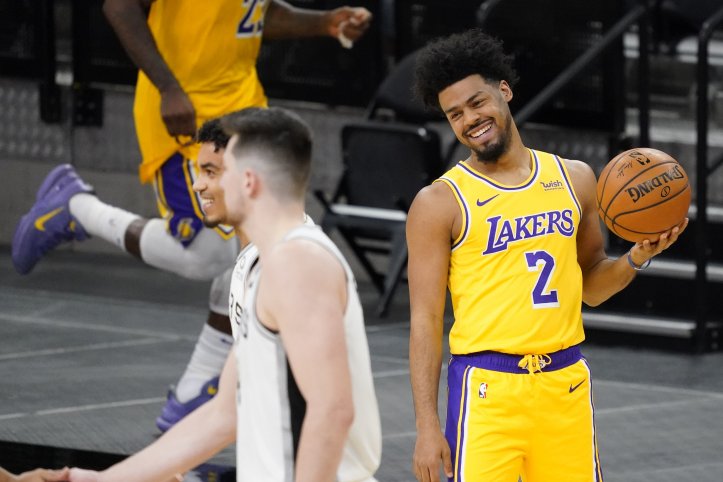 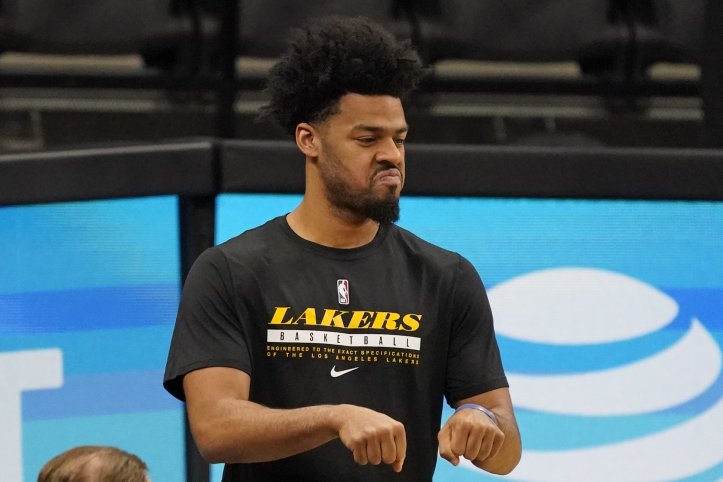 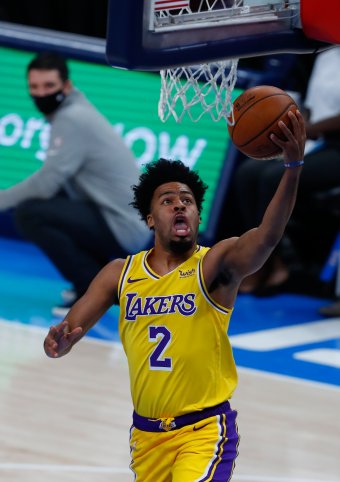 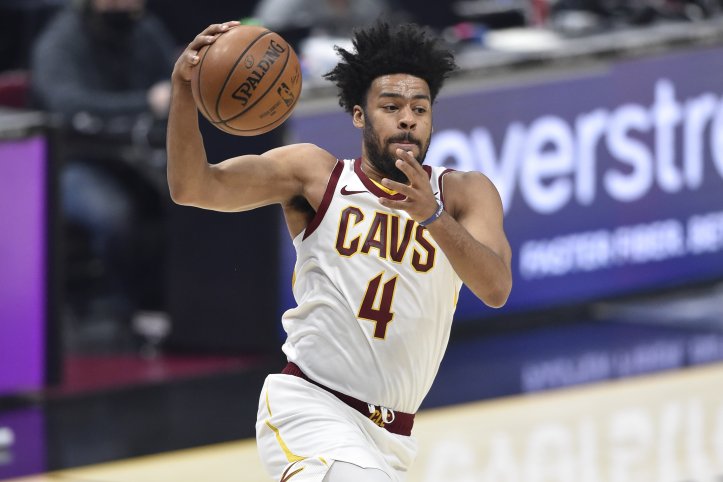 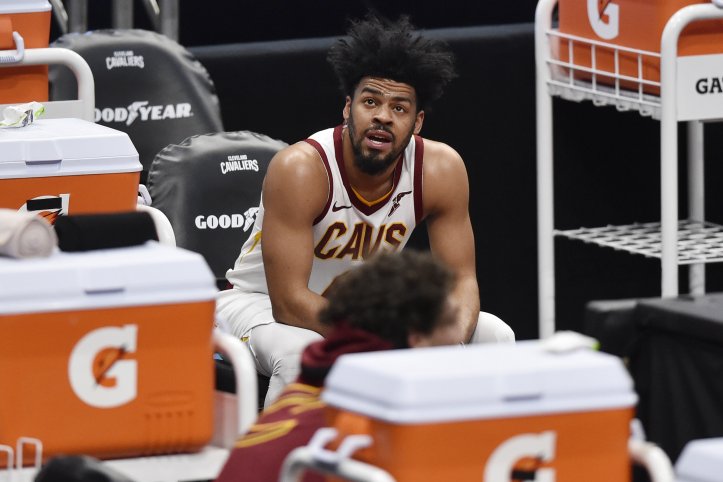 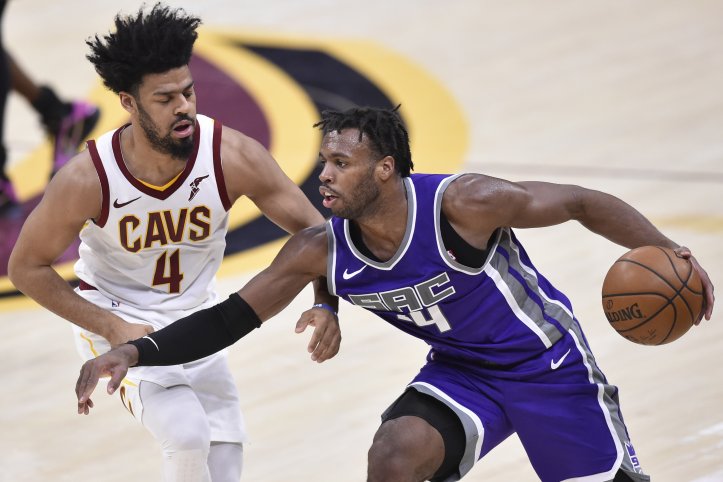