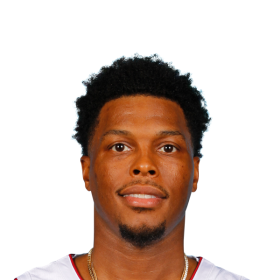 Lowry and his wife started the Lowry Love Foundation in 2013, committing to improve the lives of the underprivileged in Philadelphia and Toronto. Through this foundation, our mission is to touch the lives of the underprivileged and disadvantaged in order to promote their attainment of a better quality of life. With the help of the community and our partners, we strive to have a positive impact on the lives of Philadelphians and Torontonians most in need through supportive programs and initiatives.

Hoops4Humanity projects start by providing access to clean water, and then support additional initiatives to optimize and equip the schools. For some schools the focus is on literacy, mentoring, and school infrastructure. Other schools may need the basic dignity and health needs that comes from being able to wash your hands, use the lavatory, or menstrual hygiene.

An adept sportsman with unique talents, Kyle Lowry’s influence in the NBA as a top player has been on the rise in recent years. His rise to the summit of basketball in the most prestigious basketball leagues in the world took a momentous turn when he lifted the NBA Championship with the Toronto...

An adept sportsman with unique talents, Kyle Lowry’s influence in the NBA as a top player has been on the rise in recent years. His rise to the s...

An adept sportsman with unique talents, Kyle Lowry’s influence in the NBA as a top player has been on the rise in recent years. His rise to the summit of basketball in the most prestigious basketball leagues in the world took a momentous turn when he lifted the NBA Championship with the Toronto Raptors for the first time in 2019. A five-time NBA All-star, Kyle Lowry is no stranger to the intense action of the NBA.

Kyle Lowry is one of two children born to Mr Lonnie Lowry Sr. and Mrs Marie Holloway. He was born in Philadelphia and had a really tough childhood as a result of his parent’s marital issues. Although his father lived 10 minutes away from him and his elder brother, Lonnie Lowry Jr., he was not involved in the lives of his sons. His mother, Marie Holloway had to work really hard, taking up 2 jobs, in order to meet the needs of her children.

Sports served as a distraction for Kyle Lowry from the violence of Philadelphia. Lowry soon began playing basketball. His elder brother taught him how to dribble as well as shoot. While playing basketball, he became interested in another sport, baseball. But his brother convinced him to focus on basketball.

Though he had other interests, Lowry finally committed to Villanova University where he spent two seasons. In his freshman season, Lowry played in 24 games and reached an average of 3.2 rebounds, 2.0 assists and 7.5 points. For his performance, he earned a place in the Big East All-Rookie team. The next year, Lowry played in 33 games, and started in 31 of those games. He averaged 4.3 rebounds, 3.7 assists and 11.0 points. His top form secured him a place for him in the First Team All-Big 5 and the All-Big East Second Team.

Lowry was selected as the 24th overall pick by the Memphis Grizzlies, he played in 10 games in his rookie season, before he came down with a season-ending fractured wrist in November 2006. In the 2007/08, he returned to action, and played in 82 games for the Memphis Grizzlies. In the 2008/09 season, Lowry competed with Mike Conley Jr. for playing time in the point guard position, and with the arrival of a new coach in the team, the position was given to Mike Conley Jr. to the disappointment of Lowry.

In February 2009, Lowry was traded to the Houston Rockets. In his first season with the Rockets, the Rockets made it to the playoffs which marked Lowry’s first time playing in the postseason. The next season, Lowry became a restricted free agent and signed a four-year deal with the Cleveland Cavaliers worth $23.5 million. The Rocket matched the offer and thus re-signed Lowry.

Throughout the 2010/11 season, Lowery’s profile in the NBA began to gain traction. In March 2011, he became the first Rockets player since the 2002/03 season to earn a triple-double. For the feat, he earned the Western Conference Player of the Week honour. In the 2011/12 season, Lowry came down with an infection. After the Rockets made the decision to take draft picks during the off-season as well as reduce their salary cap, they made the decision to trade Lowry.

In July 2012, Lowry was traded to the Toronto Raptors. After playing in three games he was injured. But he returned back in action after a brief absence. Though the Raptors bought Lowry in order to boost the team’s chances of making it to the playoffs, they didn’t make it. New coach, Masai Ujiri, arrived at the Raptors in May 2013 and challenged Lowry about his abilities. He asked Lowry if he wanted to be a $2 million, $3 million player or a $10 million or more player. That marked the beginning of a new Lowry on the courts.

In the 2013/14 season, following the exit of the Raptors top scorer, Lowry and DeMar DeRozan, a shooting guard, teamed up to change the team’s performance in recent years. That season, the Raptors finished first in the Atlantic Division and third in the Eastern Conference. The Raptors thus made it to the playoffs but lost to the Brooklyn Nets in the first round. Following his rapid improvement in form, Lowry began attracting interest from franchises, such as the Houston Rockets and Miami Heats. He went on to sign a four-year deal with the Raptors valued at $48 million.

His performance in the 2016/17 season was also top-notch. He also became an unrestricted free agent during the season after he declined his $12 million deal. In July 2017, he penned a $100 million deal with the Raptors which will last for three years. He was selected for the fourth successive time to the NBA All-star game. He led the Raptors to the second round of the playoffs where they lost to the Cleveland Cavaliers.

Photo Of Kyle Lowry In Action

The 2018/19 season was an amazing season for Lowry. If there were doubts about his abilities, he certainly cleared such doubts. He led the Raptors to the Eastern Conference finals where they defeated the Milwaukee Bucks, to set a showdown against the Golden State Warriors. In the NBA Championship finals, he was key to the team’s first-ever NBA Championship win. After an amazing 2018/19 season, he signed a one-year deal with the Raptors valued at $31 million in October 2019.

Lowry was part of Team USA contingent to the 2016 Olympics, where he was key to the team’s advancement to the final where they won Gold. 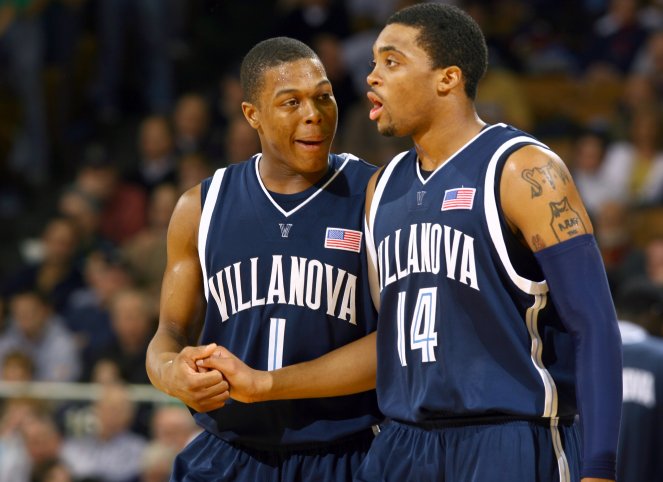 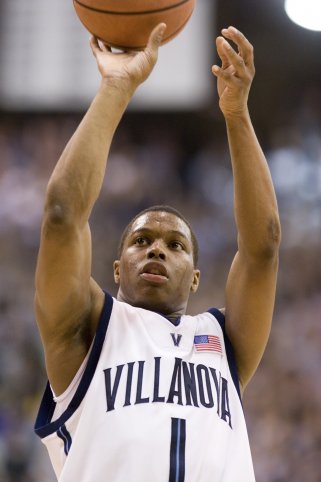 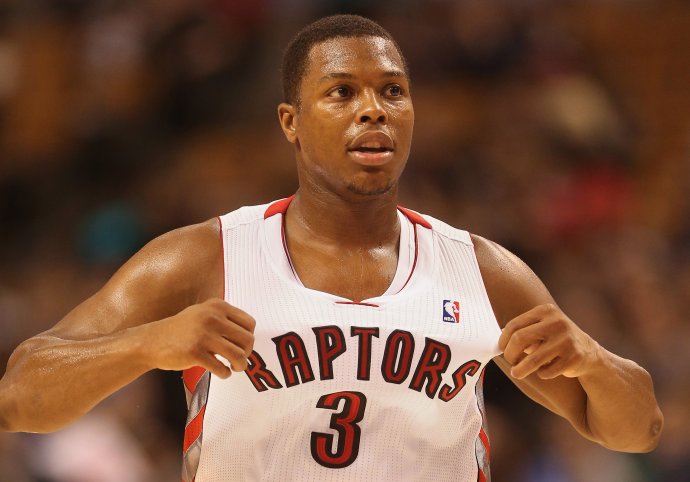 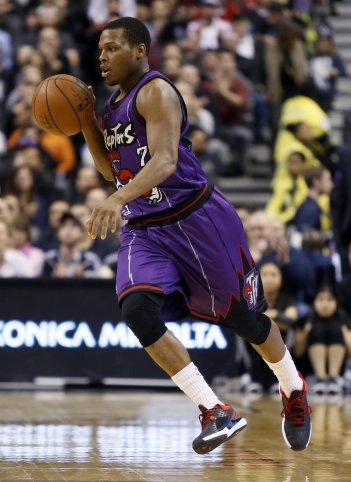 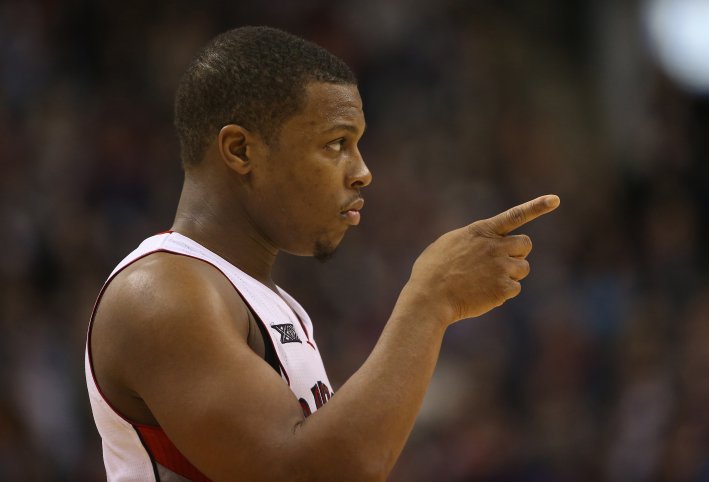 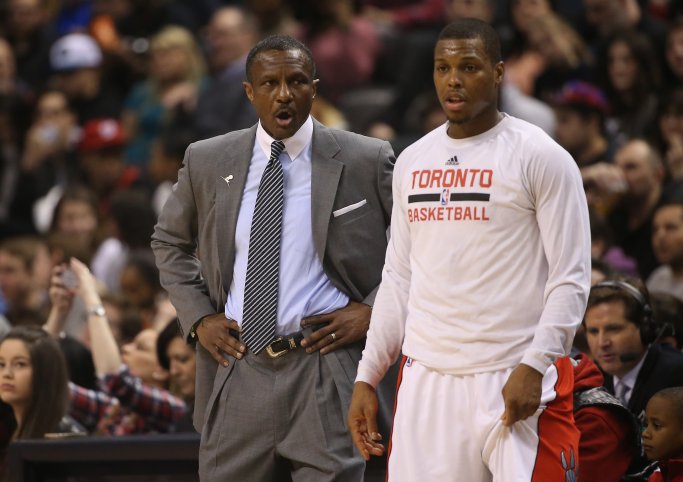 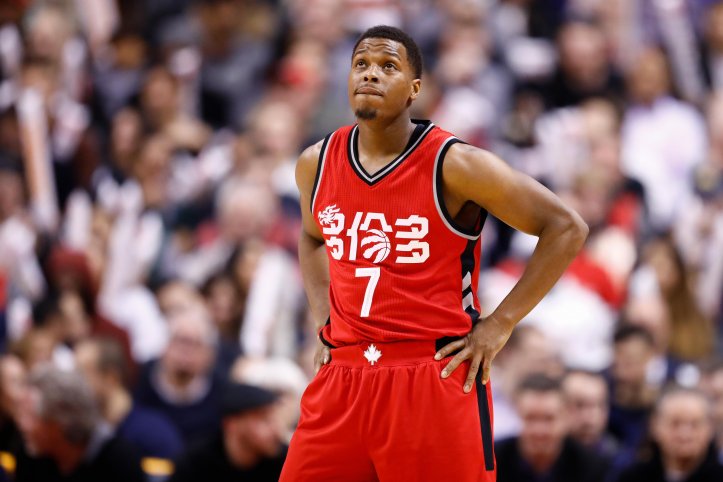 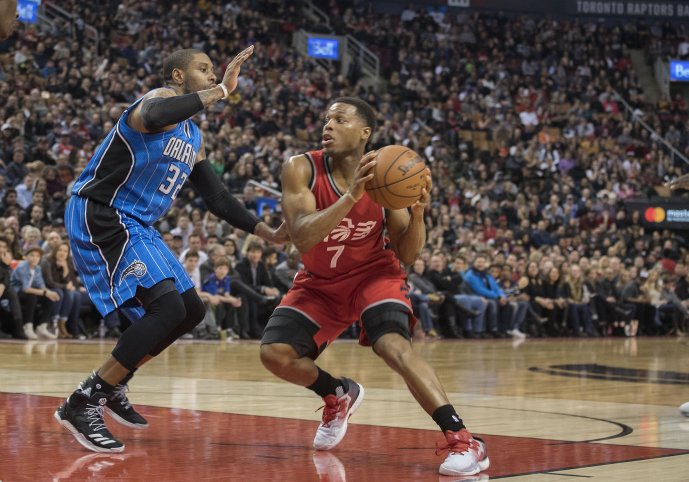 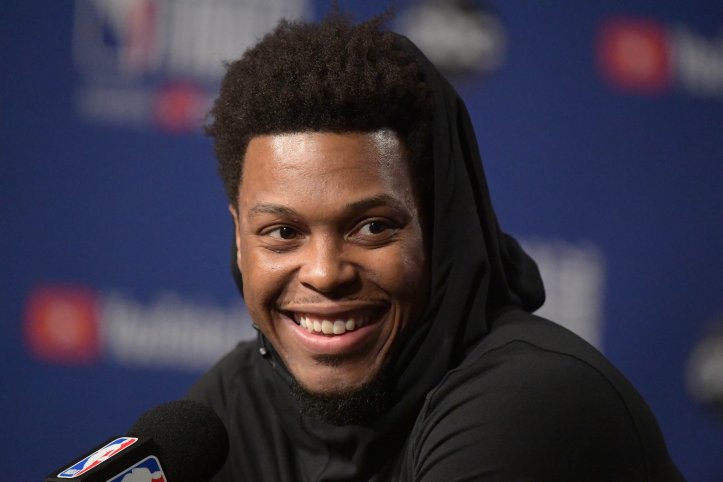 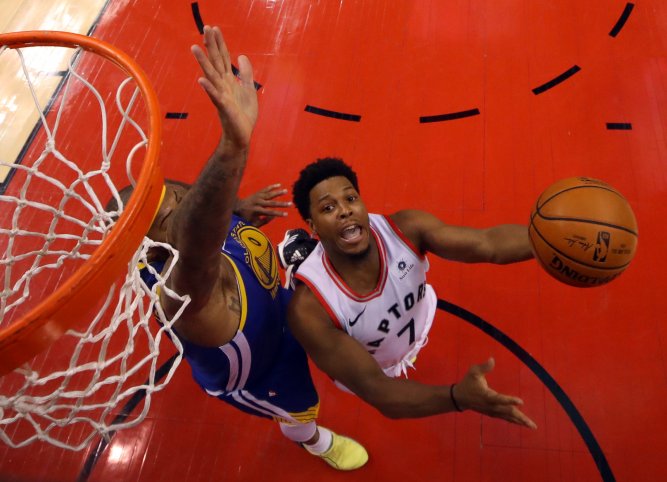 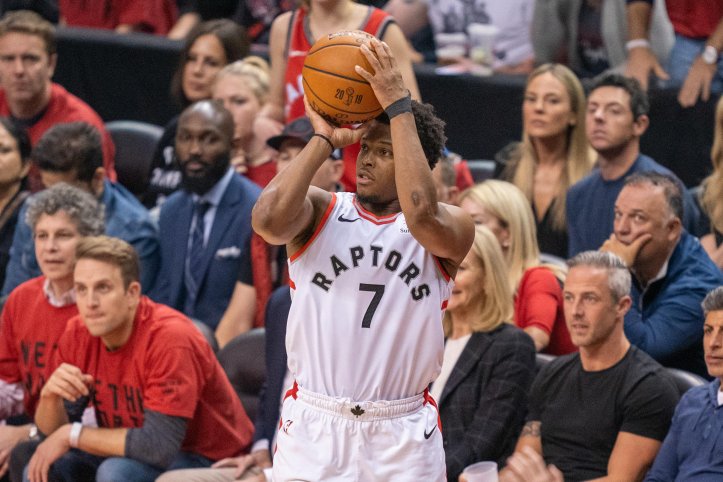 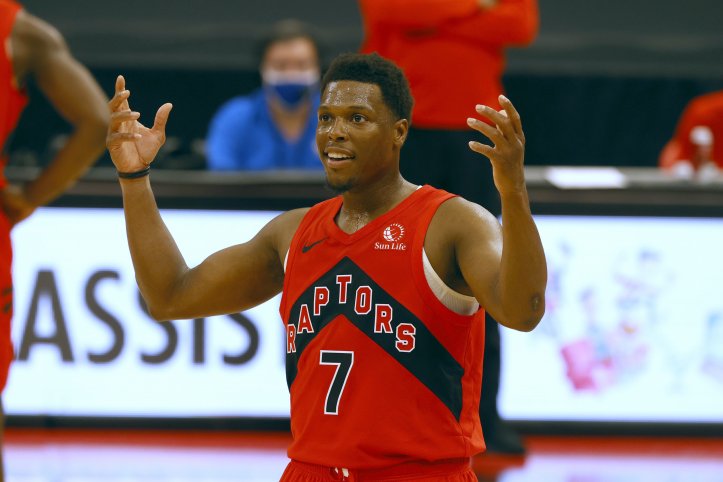 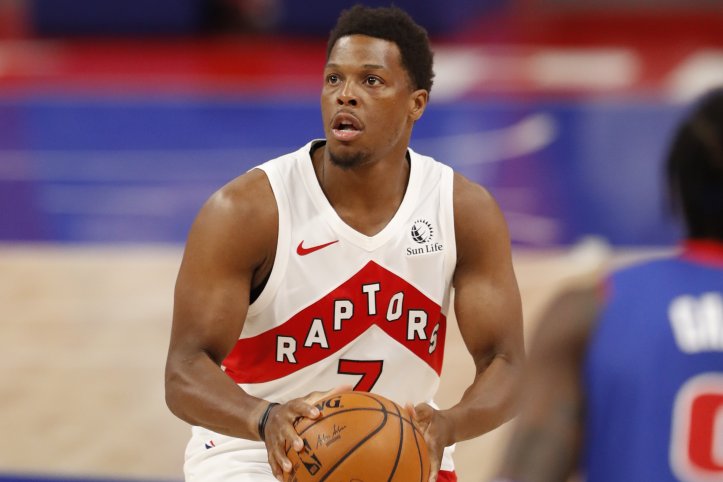 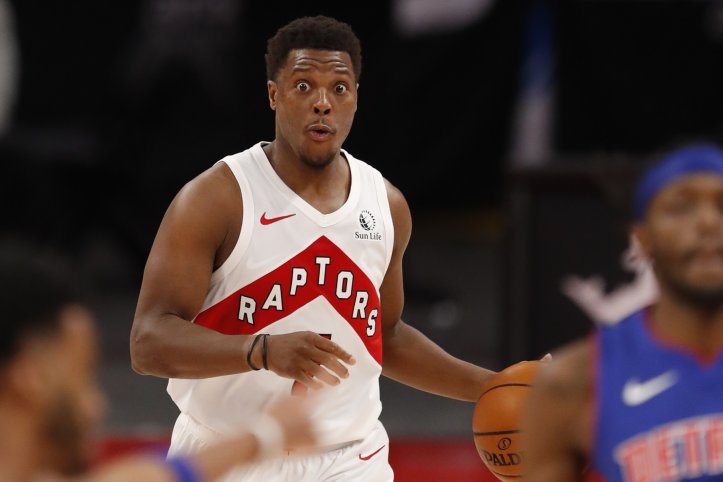 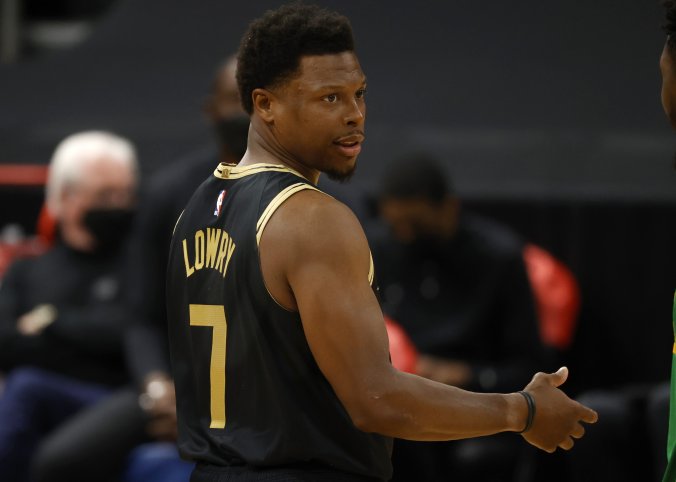 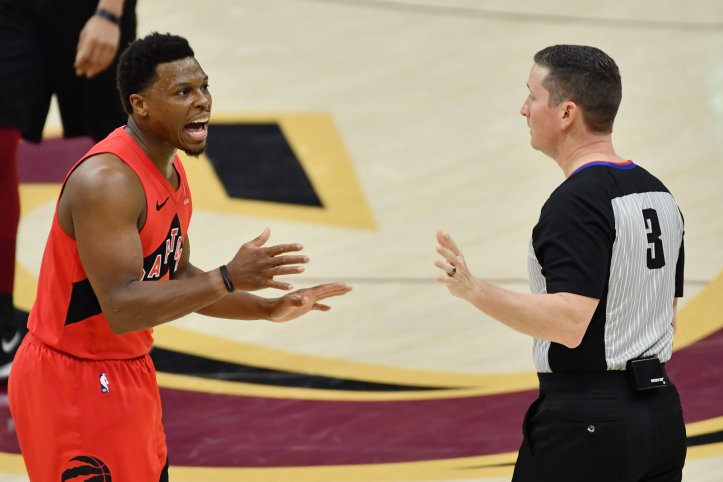 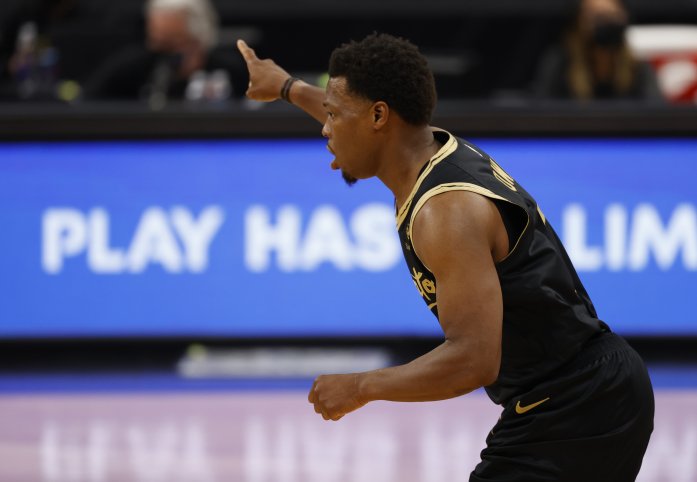