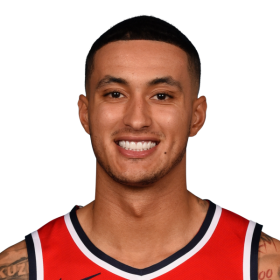 Kyle Kuzma hosted kids from his hometown of Flint, Michigan for the first-ever Kyle Kuzma Basketball Camp Wednesday at Powers Catholic High School. While most basketball camps hosted by NBA players charge a sizable fee for entry, and are sometimes exclusive to players that are invited, Kuzma’s camp was free of charge. Since entering the league, Kuzma has made it a point to make everything tied to his brand affordable, from his Kuzmania shirts, which go for $27 a pop as a nod to Kuzma being the No. 27 pick in the draft, to this basketball camp. Kuzma practiced what he preached and donated 300 backpacks and school supplies to the kids in attendance at his camp. Jeanna Trotman of NBC 25/Fox 66 in Flint shared videos of Kuzma handing out the bags and gave an inside look at what was inside them.

get involved
Involved in 5 charities
Hoops for Hope

Kuzma threw a party for the kids that are part of the ”Safe Places Program,” where he gave away backpacks and headphones, among other things. He also made a sizable equipment donation to the YCMA to cover any needs the facility had.

Following his breakout rookie season with the Los Angeles Lakers, Kyle Kuzma has used his new platform to promote things bigger than basketball, specifically with children in his hometown of Flint, Michigan and his new home, Los Angeles. First, on Monday, Kuzma announced the National Basketball Players Association’s (NBPA) partnership with the LA84 Foundation to issue a request for proposal (RFP) to refurbish local basketball courts throughout the Los Angeles, Riverside and San Bernardino Counties. The “Court Refurbishment Program” is hoping to create “safe and fun spaces” for kids ages 6 through 17 to play basketball. The NBPA Foundation has already committed a total of $150,000 of grant funding to improve courts in the greater Los Angeles area, according to a press release. “I am happy to be a part of this announcement and to let people know about the opportunity to improve their local basketball courts with the help of the NBPA Foundation and the LA84 Foundation,” Kuzma said in the press release.

get involved
YMCA of Greater Flint

The YMCA of Greater Flint is more than just a gym. It’s a cornerstone of the community. A safe, welcoming space with assistance programs making it affordable to all. Where children learn water safety, seniors have opportunities to stay active and build relationships, and kids gather after school to learn to read.

Kuzma is the son of Karri Kuzma, a high school shot put champion who attended college on a track scholarship. He has a younger half-brother named Andre and a younger half-sister named Briana. Kuzma is biracial. Kuzma met his father only once as an infant, but viewed the father of his half-siblings, Larry Smi...

Kuzma is the son of Karri Kuzma, a high school shot put champion who attended college on a track scholarship. He has a younger half-brother named Andre and a y...

Kuzma is the son of Karri Kuzma, a high school shot put champion who attended college on a track scholarship. He has a younger half-brother named Andre and a younger half-sister named Briana. Kuzma is biracial. Kuzma met his father only once as an infant, but viewed the father of his half-siblings, Larry Smith, as a father figure. Karri Kuzma and Smith put a toy basketball rim in the living room for Kyle when he was only two years old, thus igniting his passion for basketball. Kuzma has described Flint as ""'a really violent place [where] there's a lot of temptation to get into the streets.'"" However, Kuzma described basketball as his "safe haven". Kuzma attended Swartz Creek Community Schools and transferred to Bentley High School in Michigan, where he averaged 17.9 points, 14.4 rebounds, 3.8 assists and 3.4 blocks per game as a junior. Kuzma sent tapes of his shooting at the YMCA to preparatory schools; Vin Sparacio, head coach at Rise Academy in Philadelphia, ""saw a 6'6"", 175-pound, raw player who had a great feel for the game, and immediately brought him in."" As a high school senior at Rise Academy, Kuzma averaged 22 points and seven rebounds per game. Kuzma received offers to play with Division I schools including Connecticut, Iowa State, Tennessee, and Missouri, among others, before deciding on the University of Utah. Kuzma enrolled at the University of Utah in 2013. He redshirted his freshman year due to the fact that he signed late. He became a starter in his sophomore year, when he averaged 10.8 points per game. As a junior in 201617, he averaged 16.4 points, 9.3 rebounds, and 2.4 assists per game, which earned him first-team All-Pac-12 honors. Kuzma graduated from the University of Utah with a degree in sociology.

Foregoing his final year of college eligibility, Kuzma entered the 2017 NBA draft and was the 27th overall pick in the 2017 NBA draft for the Brooklyn Nets. He was traded on draft-night trade to Los Angeles Lakers in exchange for D,Angelo Russell who went to the Brooklyn Nets from the Los Angeles Lakers and then later signed a rookie scale contract with the Lakers on July 3rd, 2017. Kyle Kuzma was named to the All-Summer League Second Team after recording averages of 21.9 points, 6.4 rebounds, 2.7 assists, 1.4 blocks and 1.1 steals per game. After recording a double-double of 30 points and 10 rebounds in a 110-98 win over the Portland Trail Blazers in the championship match, he was also named the Summer League Championship Game MVP. Kyle got himself named the Western Conference Rookie of the month for the games played in October/November and was recognized as the first NBA rookie to have accumulated in his first 20 games; 330 points, 120 rebounds and 30 made three-pointers in his first 2 games. On the 22nd of May after his rookie season, Kyle Kuzma was named the NBA All-Rookie First Team.

On August 10, 2020, Kuzma scored a game-winning three pointer to lift the Lakers to a 124–121 win over the Denver Nuggets, to cap off his 25 point night. In the postseason, he scored a career playoff high 19 points in Game 3 of the NBA Finals, in a 115–104 loss against the Miami Heat. The Lakers won the series 4–2 to tie the league high with their 17th NBA championship. On December 21, 2020, Kuzma signed a three-year, $40 million contract extension with the Lakers.

On 7/29/2021, Kuzma was traded to Washington Wizards along with Montrezl Harrell and Kentavious Caldwell Pope in exchange for Russell Westbrook. 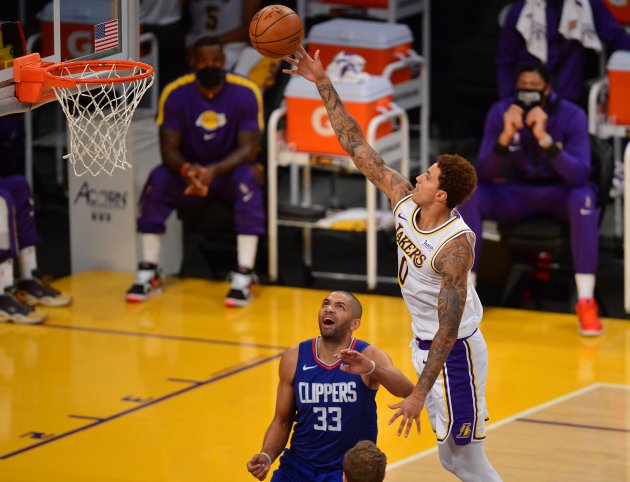 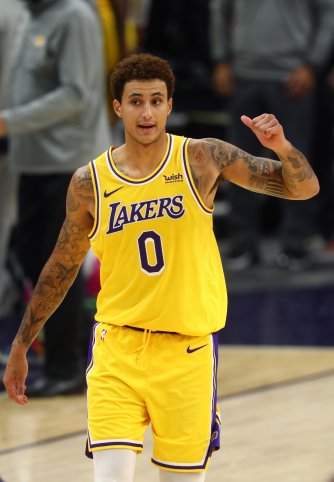 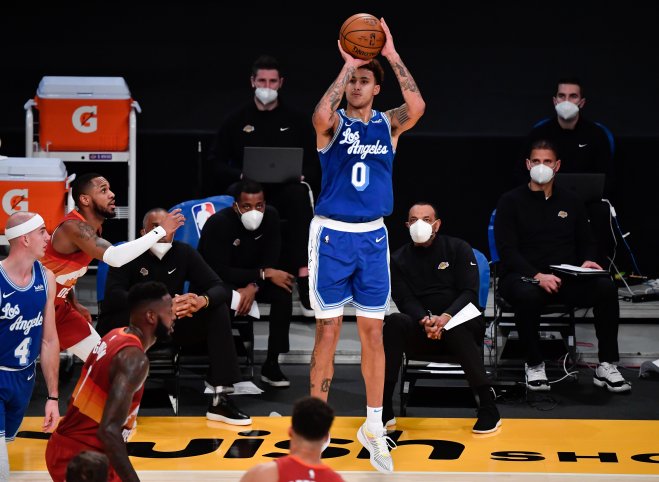 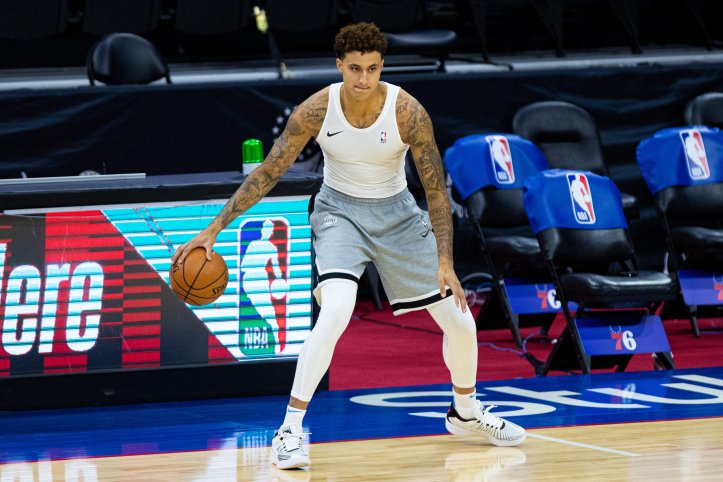 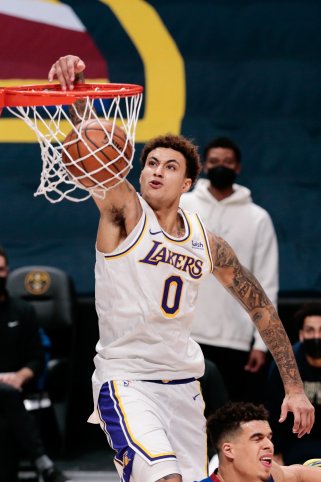 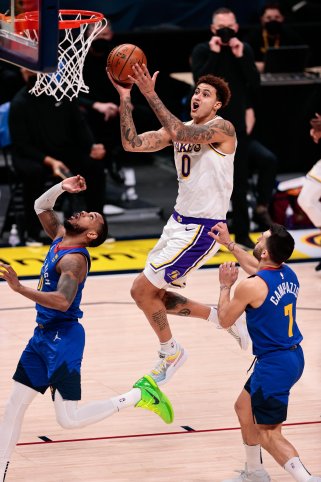 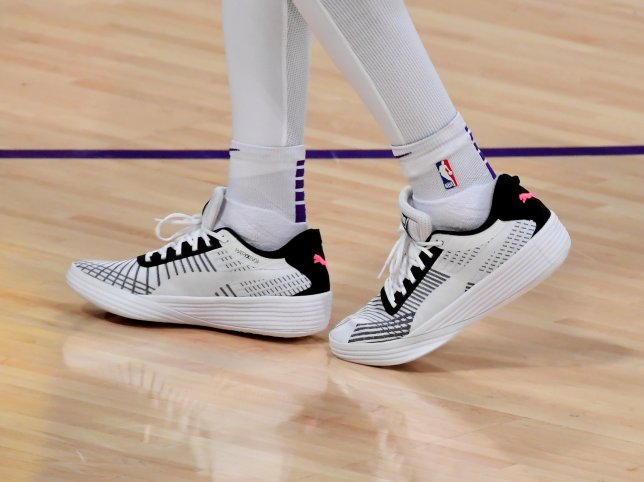 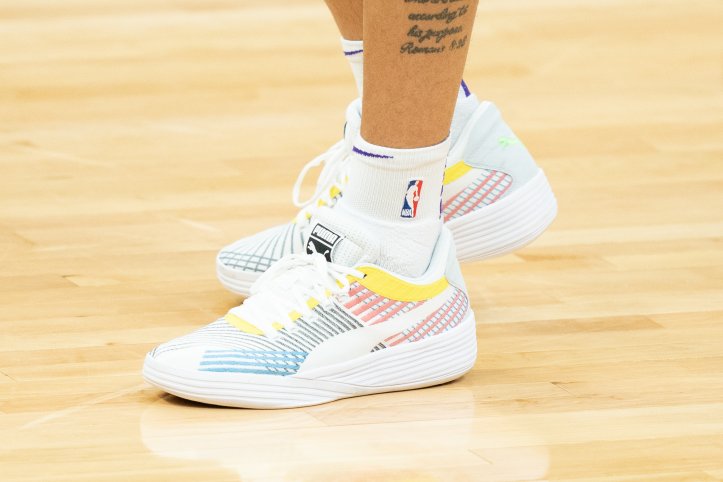 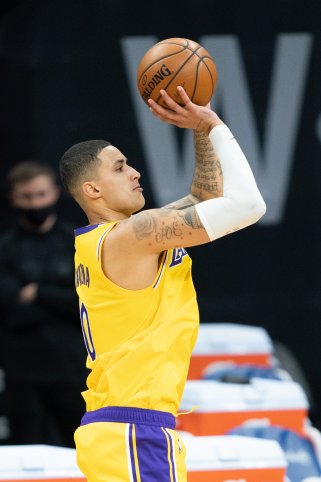 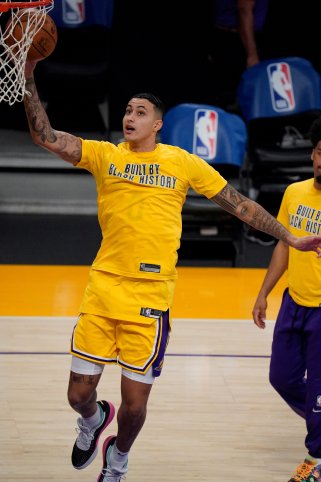 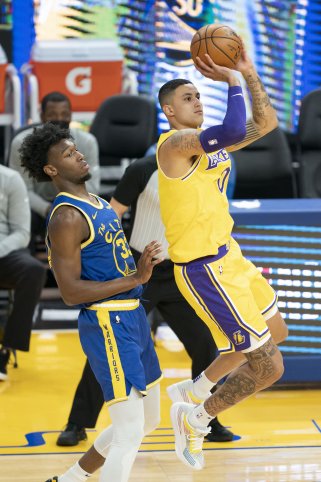 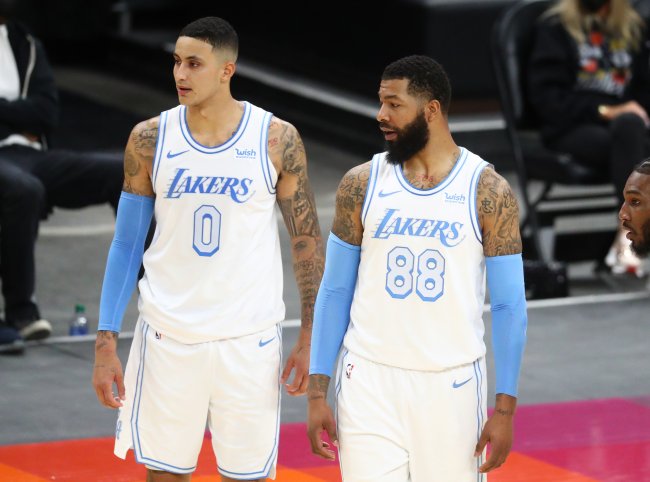 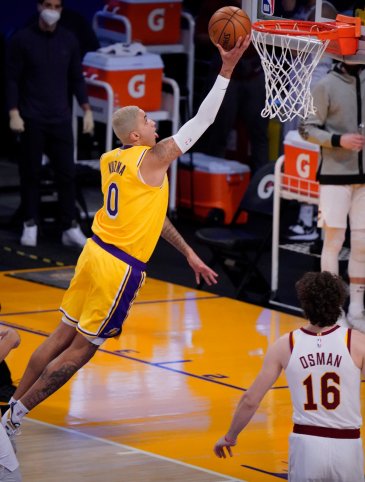 We on ya ass!!! Tooooooooo the crib!!! @RamsNFL

RT @WashWizards: Get your votes in because they count twice today! 1 RT = 2 Votes for @RealDealBeal23 for #NBAAllStar ⭐️ #DCAboveAll | @M…