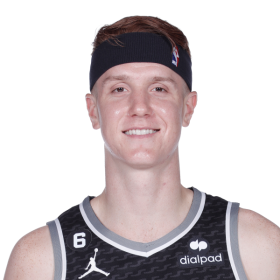 Hoops4Humanity projects start by providing access to clean water, and then support additional initiatives to optimize and equip the schools. For some schools the focus is on literacy, mentoring, and school infrastructure. Other schools may need the basic dignity and health needs that comes from being able to wash your hands, use the lavatory, or menstrual hygiene.

Kevin Huerter, a 6'7" shooting guard, played at Shenendehowa High School in Clifton Park, New York. During his high school career, he led the school to its second state championship, set the state scoring record and was named Mr. New York Basketball. By the end of his high school career, Huerter was considered a four-star recruit.

On September 7, 2015, he committed to play college basketball for the Maryland Terrapins. He earned a starting position as a freshman, averaging 9.3 points and 4.9 rebounds per game on the season. Following his freshman season, Huerter was selected to the United States team for the 2017 FIBA Under-19 Basketball World Cup, where the team finished third. At the close of his season, he was named honorable mention All-Big Ten.

Huerter was selected to participate in the NBA Draft Combine. After working out with the Los Angeles Lakers, Huerter opted to hire an agent and remain in the NBA draft, forgoing his final two years of college eligibility on May 30, 2018. On June 21, 2018, Huerter was selected with the nineteenth overall pick by the Atlanta Hawks in the 2018 NBA draft. On December 31, 2018, Huerter's first 20-point game came against the Indiana Pacers, during which he scored 22 points in a 116–108 loss. On January 11, 2019, Huerter scored a season-high 29 points against the Philadelphia 76ers in a 123–121 victory. At the end of the 2018–19 NBA season, Huerter was voted to the All-Rookie Second Team. 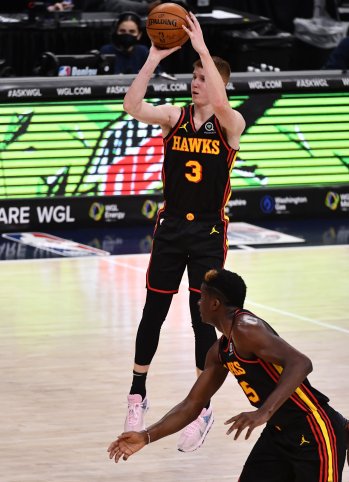 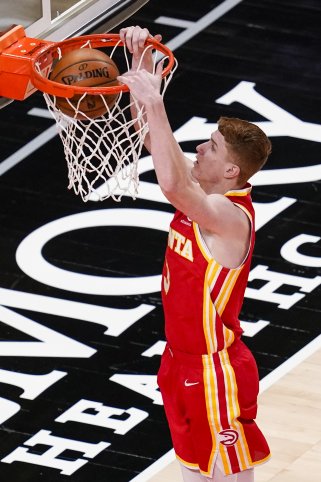 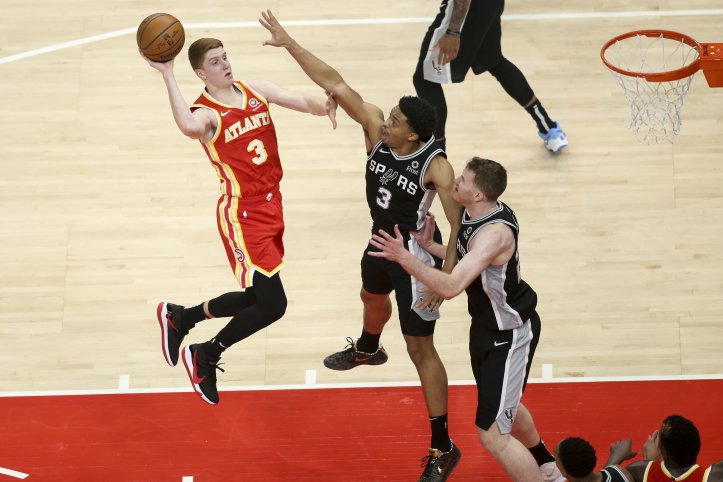 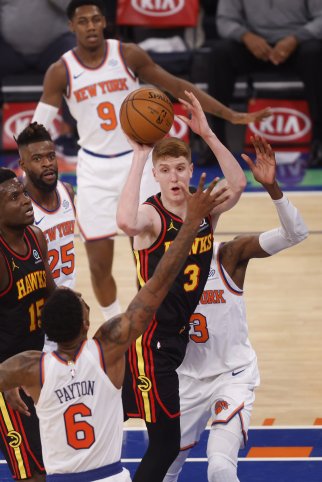 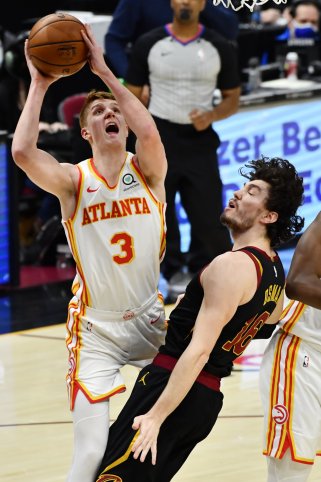