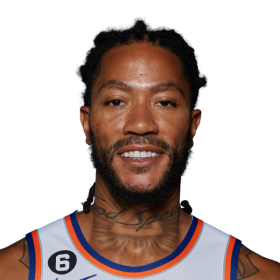 D ROSE FOUNDATION: is a non-profit organisation one can join by becoming a global giver. Here, we help the poor and the needy access fund for petty trading and build new skills and make important and strategic connections.

get involved
After School Matters

Rose, formerly with the Chicago Bulls and New York Knicks, has paid for funerals of victims of gun violence and has donated $1 million to After School Matters, a Chicago-based nonprofit organization devoted to providing out-of-school programs for teenagers.

Derrick Martell Rose was one of 25 top rising NBA players who participated in the 2009 USA Basketball Men’s National Team mini-camp. He was an early-entry candidate for the 2008 NBA Draft and a member of the USA Basketball Junior National Select Team that defeated the World Select Team at the 2007 Ni...

Derrick Martell Rose was one of 25 top rising NBA players who participated in the 2009 USA Basketball Men’s National Team mini-camp. He was an early-en...

Derrick Martell Rose was one of 25 top rising NBA players who participated in the 2009 USA Basketball Men’s National Team mini-camp. He was an early-entry candidate for the 2008 NBA Draft and a member of the USA Basketball Junior National Select Team that defeated the World Select Team at the 2007 Nike Hoop Summit held in Memphis, Tennessee. He was rated the nation's top high school point guard as a junior, and again his senior season. He was named to the USA Today 2007 All-USA Team (First Team) and selected to the 2007 Parade Magazine All-America Team; it was the third year in a row that he was named to one of Parade's All-America squads (2005 Third Team; 2006 Fourth Team). He was named 2007 Illinois Mr. Basketball by the Chicago Tribune. He was also a two-time Illinois All-State selection (2006, 2007) and led Simeon Career Academy to a 33-2 record and the Illinois Class AA Championship in 2007.

In college, he was named Third Team All-American by the AP and the NABC. He earned First Team All-Conference USA honors and was named Conference USA Freshman of the Year, earning All-Freshman Team honors. He was selected as a finalist for the Wooden Award and appeared in all 40 games (39 starts) for a Memphis squad that went 38-2 and set an NCAA men’s basketball record for wins in a season. He led the team in assists (4.7 apg, ranked fourth in Conference USA) and ranked second in scoring (14.9 ppg, eighth), scoring 20 or more points nine times. He shot 7-for-12 from the field, including five three-pointers, en route to 26 points at Cincinnati. He tallied 24 points and six boards at Connecticut and registered 23 points, five rebounds, five assists and a career-high four steals against Tennessee.

His senior year he averaged 25.2 ppg, 9.1 rpg, 8.8 apg and 3.40 spg and shot .590 from the field. He scored just two points in the title game, but had eight assists and seven boards in the 77-54 win over O'Fallon. He helped Simeon become the first Chicago Public League team to win back-to-back state titles in Illinois prep history. He guided Simeon to a 33-4 record and the Illinois Class AA Championship in 2006. His teams went 93-10 (.903) during his four years at Simeon and hosted the Chicago Housing Authority’s 11th annual Kids Holiday Party at the Museum of Science and Industry.

Rose was selected with the first overall pick in the 2008 draft by the Chicago Bulls. He was selected to the U.S. Select Team to scrimmage against and prepare the National Team for the Olympics in Beijing. In mid-July, he played two games in the Orlando Pro Summer League until forced out by tendinitis in his right knee, ending his summer, but returned in October to play all eight preseason games. In his playoff debut against the defending champion Boston Celtics, Rose recorded 36 points (tying Kareem Abdul-Jabbar's NBA record for points scored by a rookie in his playoff debut, set in 1970), 11 assists, and 4 rebounds as the Bulls prevailed in a 105–103 overtime win on the road. On January 28, 2010, Rose was elected to his first career All-Star Game as a reserve for the Eastern Conference, making him the first Bulls player to be selected since Michael Jordan in 1998.

At the end of the 2010–11 NBA season the Bulls finished with a league leading record of 62–20. Their 60+ wins was the Bulls' first such season since 1997–98 and sixth 60+ win in franchise history. At season's end, Rose became only the third player since the 1972–73 NBA season to record 2,000 points and 600 assists in a single season. The other two players were LeBron James and Michael Jordan. On May 3, Rose was named the NBA Most Valuable Player, joining Michael Jordan as the only players to receive the award in Chicago Bulls history. At 22 years and 6 months old, Rose also became the youngest player to receive the award (Wes Unseld, formerly the youngest MVP, won the award in 1968–69 at age 23 years, 2 months).

Rose has struggled with significant knee injuries since his 2010–11 MVP campaign. In the first round of the 2012 NBA Playoffs against the Philadelphia 76ers, Rose tore his ACL in his left knee. Rose required surgery and was subsequently sidelined for the entire 2012–13 season. Rose returned to play in 2013–14. However, on November 22, 2013, during a regular season game against the Portland Trail Blazers, Rose injured his right meniscus which caused him to miss the remainder of the season. Rose returned once again the following season, but knee injuries continued to riddle him, causing him to miss 30 games. In June 2016, he was traded to the New York Knicks. After one season with the Knicks, Rose joined the Cleveland Cavaliers in July 2017, but was traded and subsequently released by the Utah Jazz the following February. In March 2018, he signed with the Minnesota Timberwolves.

Rose was a member of the United States men's national basketball teams that won gold medals at the 2010 and 2014 FIBA World Cup. 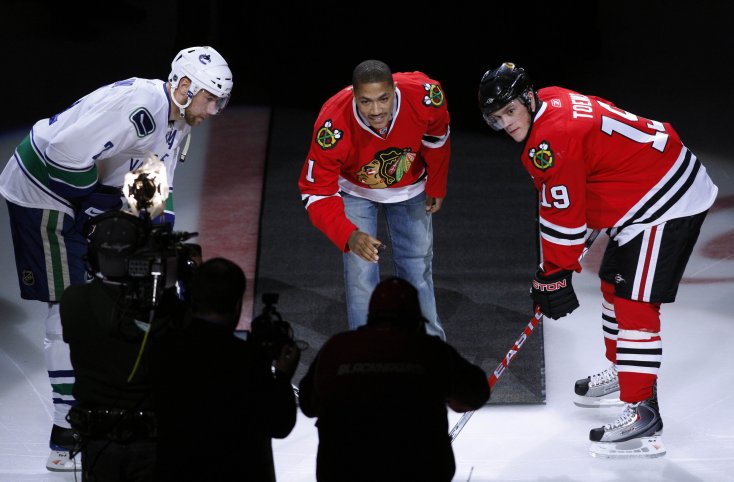 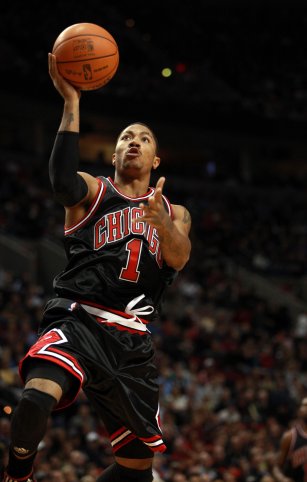 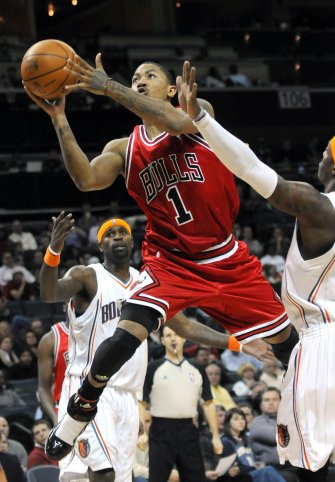 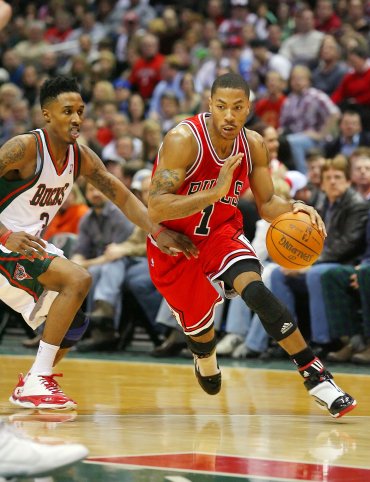 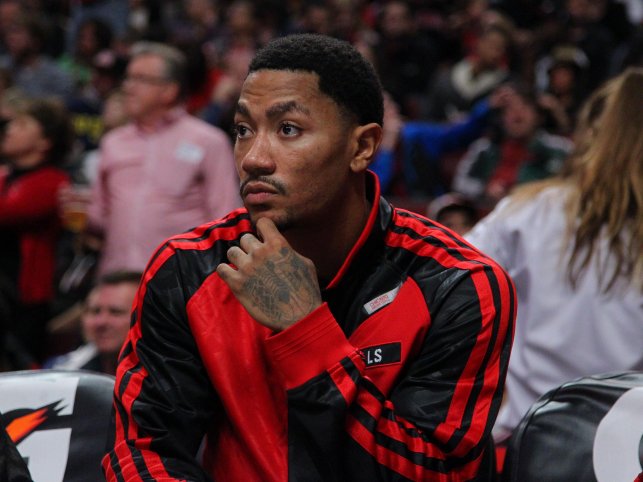 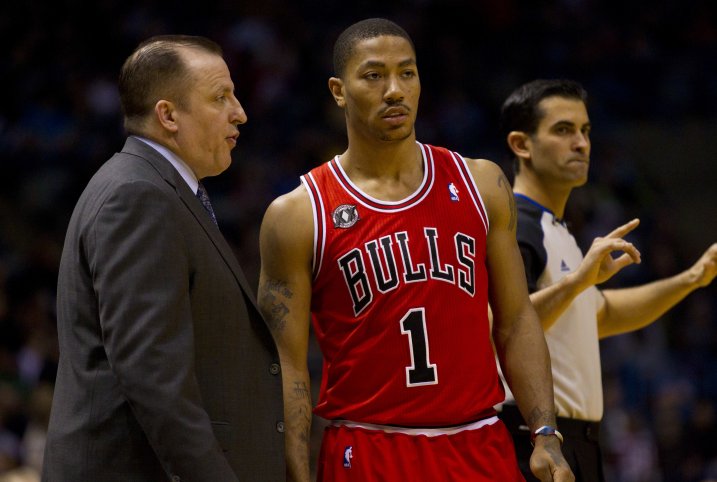 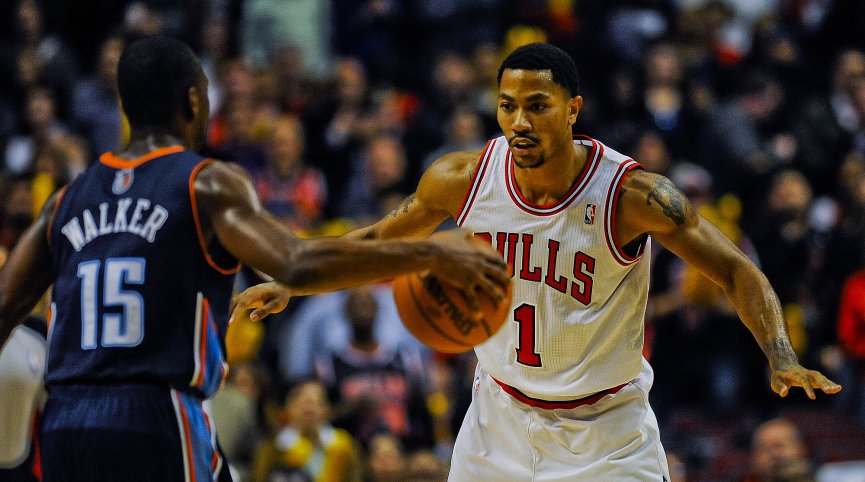 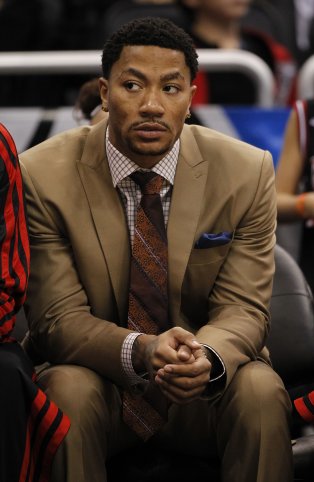 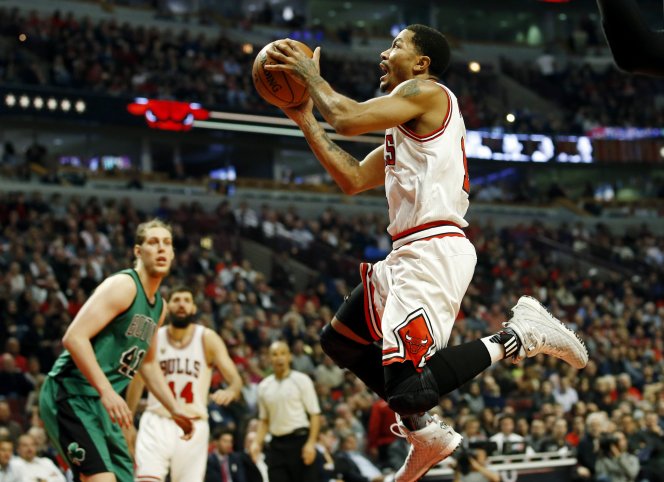 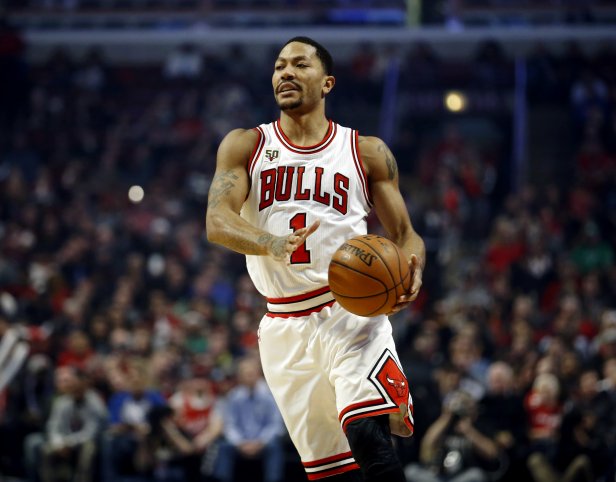 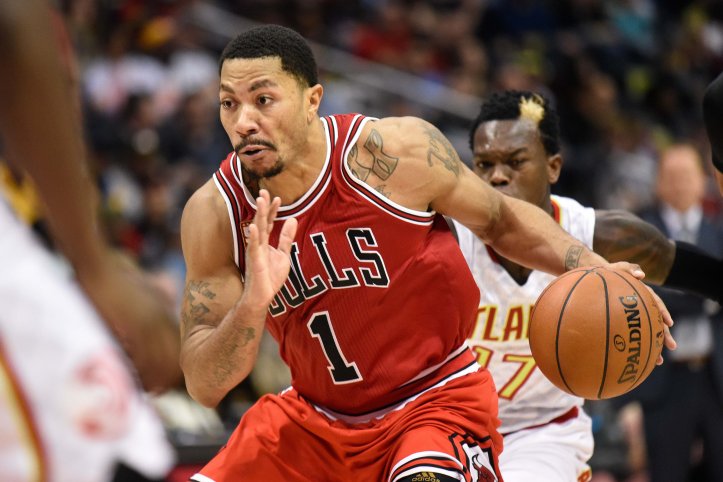 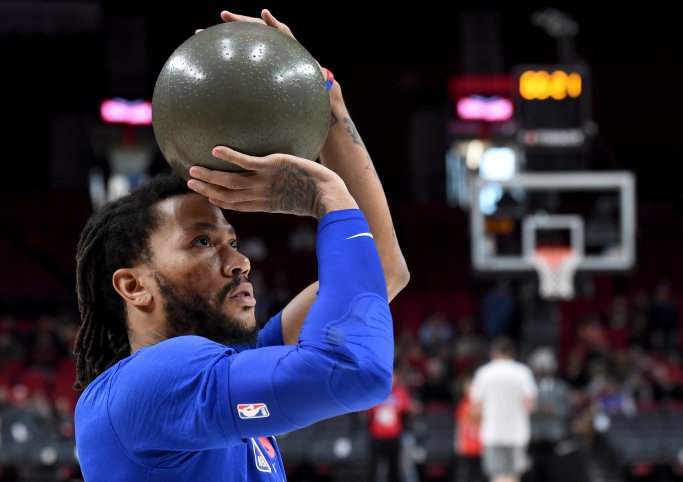 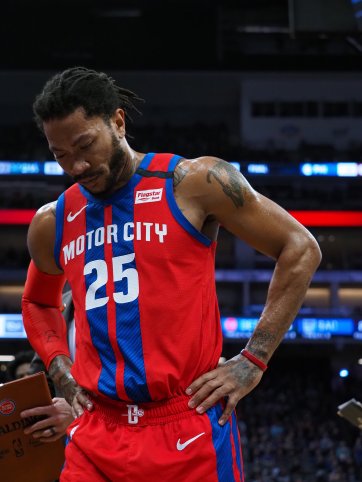 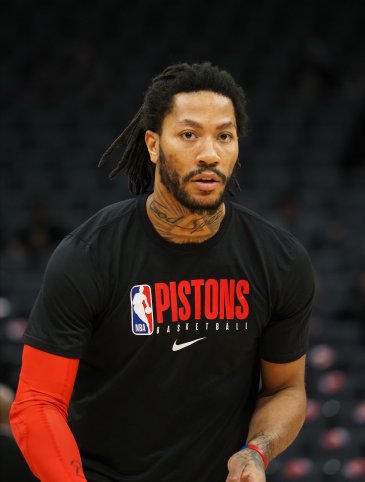 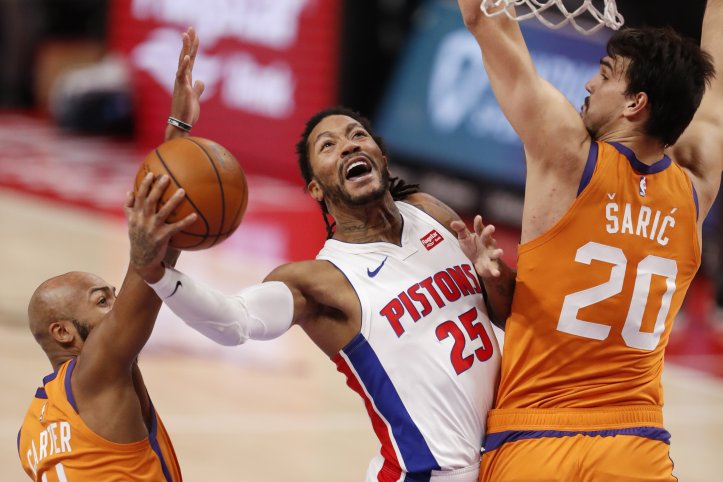 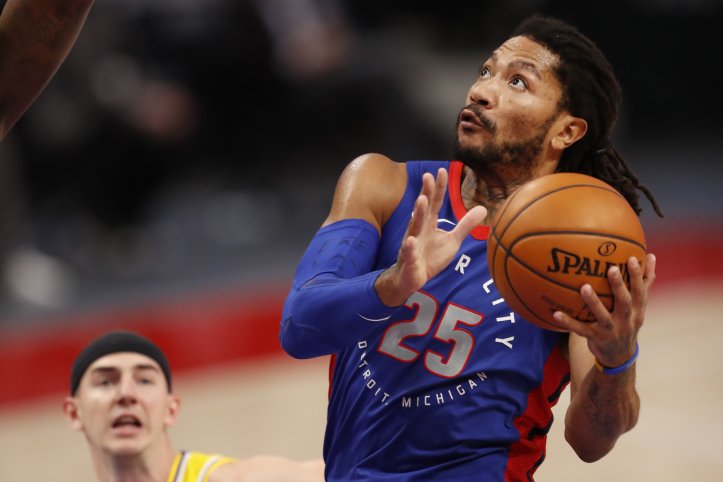 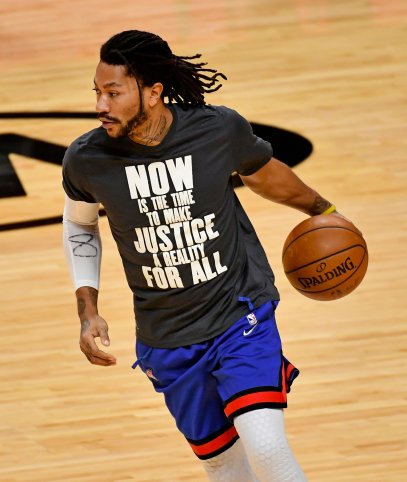 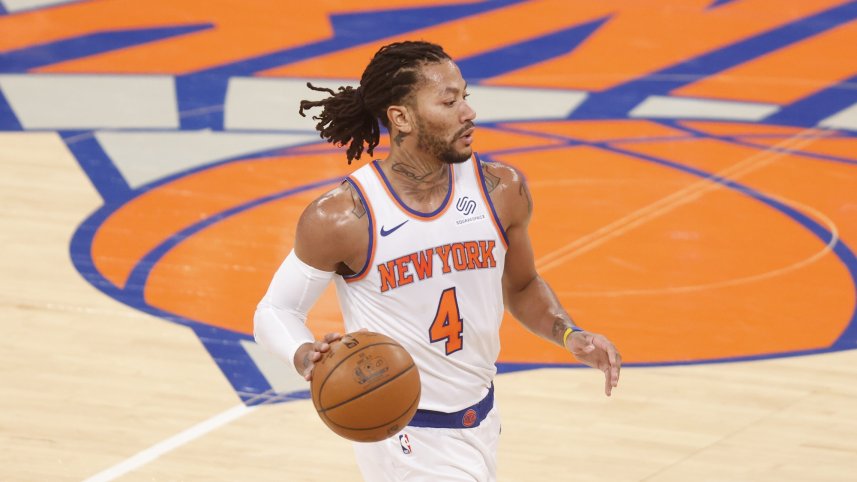 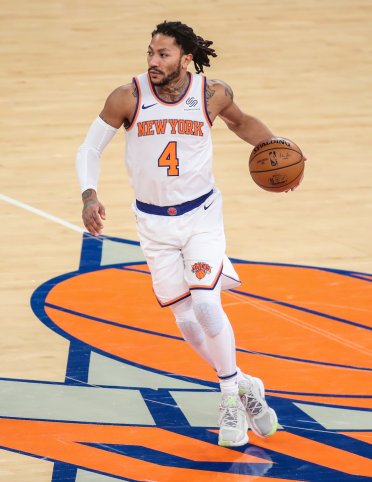 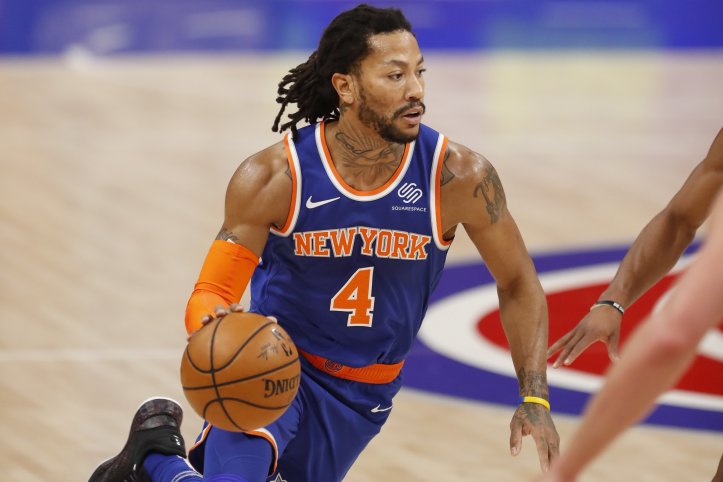 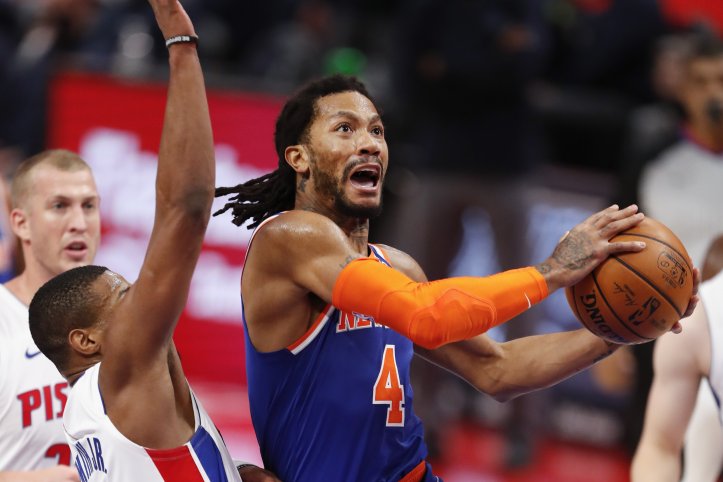 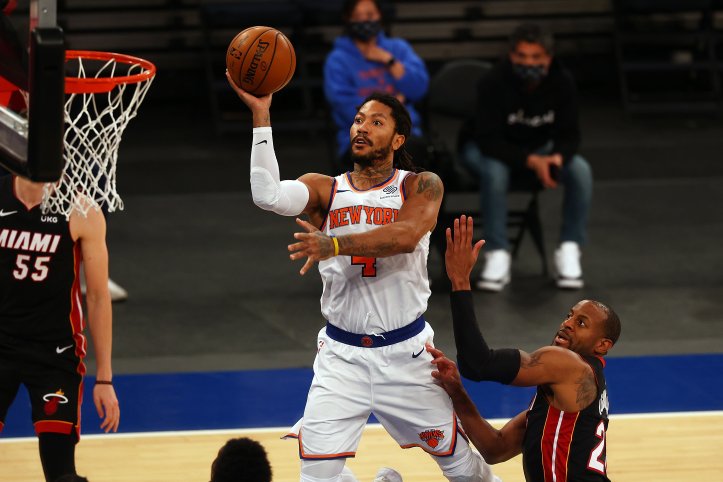