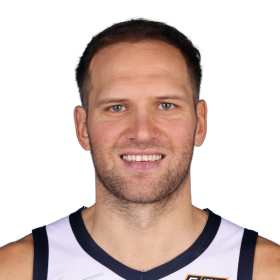 Bogdanović started his basketball career in 2004 with his hometown club Zrinjski Mostar where he played for one season. ...

In August 2009, Bogdanović signed a four-year deal with Cibona Zagreb. In July 2010, he signed a three-year contract extension with Cibona. Following the 2010–11 season, he parted ways with Cibona.

On June 19, 2011, Bogdanović signed a multi-year deal with Fenerbahçe Ülker. On 23 June 2011, he was selected with the 31st overall pick in the 2011 NBA draft by the Miami Heat. He was later traded to the Minnesota Timberwolves, and then again to the New Jersey Nets on draft night.

In September 2012, Fenerbahçe confirmed Bogdanović would return for the 2012–13 season. In July 2013, following a breakdown in negotiations with the Brooklyn Nets on a possible contract buy-out, Bogdanović announced his decision to return to Fenerbahçe for the 2013–14 season.

On July 20, 2014, Bogdanović signed a three-year, $10 million contract with the Brooklyn Nets. After starting the first 19 games of the 2014–15 season alongside Joe Johnson on the wing, Bogdanović lost his starting spot on December 10 against the Chicago Bulls in favor of Sergey Karasev. He later regained his starting spot on January 10 against the Detroit Pistons. In the Nets' regular season finale on April 15 against the Orlando Magic, Bogdanović had a season-best game with 28 points on 12-of-17 shooting to help the Nets clinch the No. 8 seed in the Eastern Conference with a 101–88 win. The Nets lost to the Atlanta Hawks 4–2 in the first round of the playoffs.

On February 22, 2017, Bogdanović was traded, along with Chris McCullough, to the Washington Wizards in exchange for Andrew Nicholson, Marcus Thornton and a 2017 protected first round draft pick. On March 1, 2017, he had a 27-point effort in a 105–96 win over the Toronto Raptors. Four days later, he scored 15 of his 27 points and made five of his career-high eight three-pointers, including the game-winner, during the fourth quarter of the Wizards' 115–114 win over the Orlando Magic. On March 7, he scored 29 points and set a franchise record for free throws made by going 16 of 16 in a 131–127 win over the Phoenix Suns.

On July 7, 2019, Bogdanović signed a 4 year, $73 million contract with the Utah Jazz, making him the all-time highest-paid Croatian athlete. 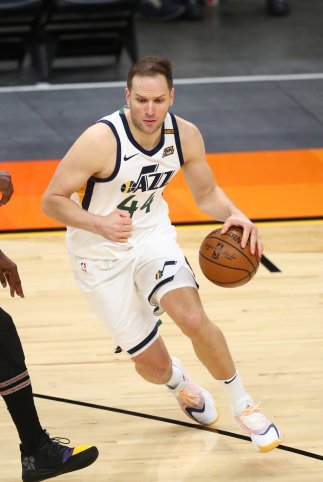 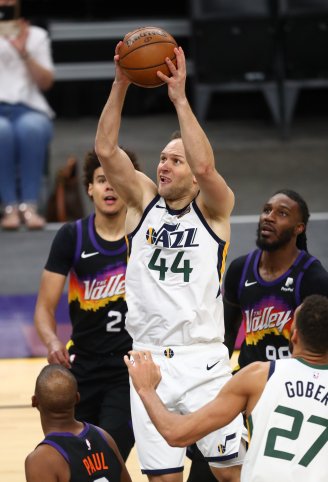 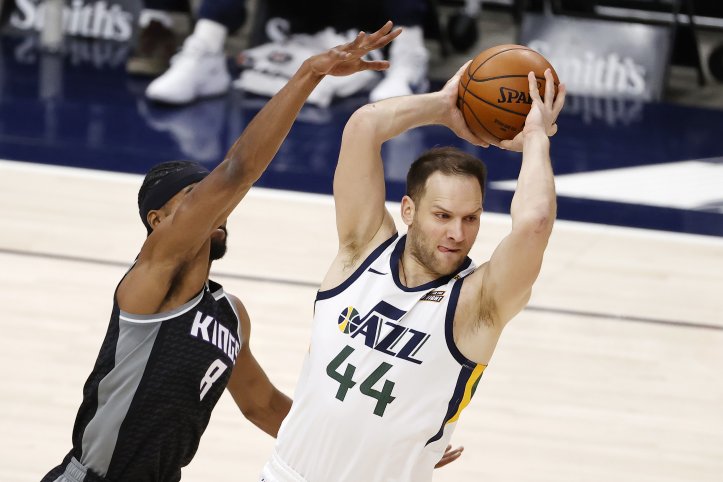 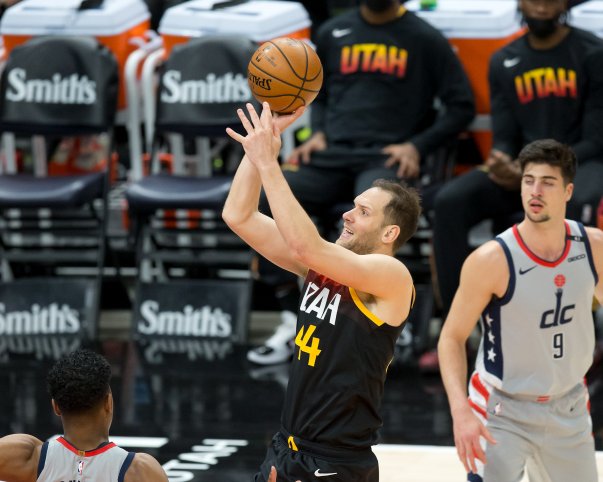 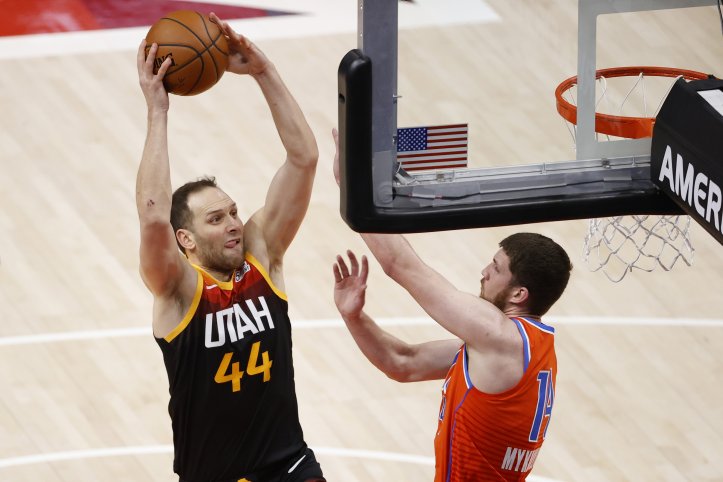 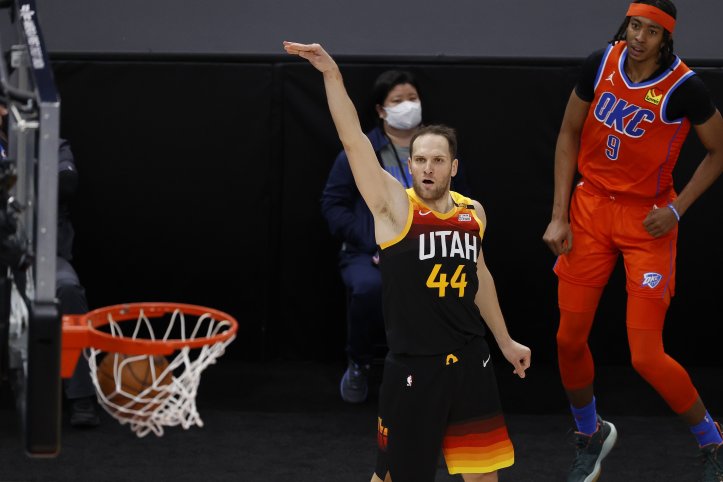 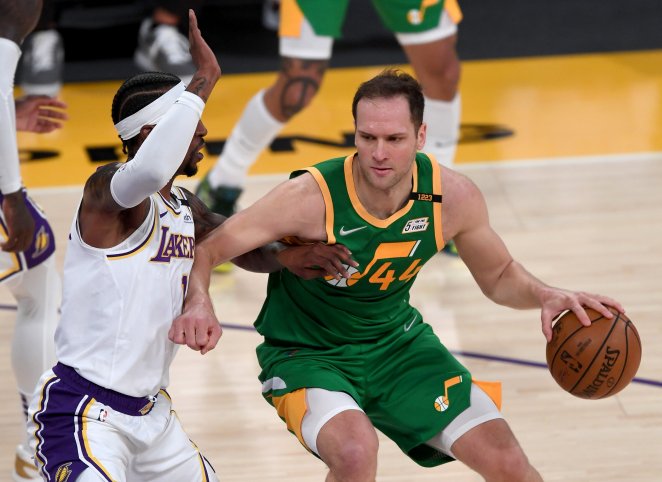 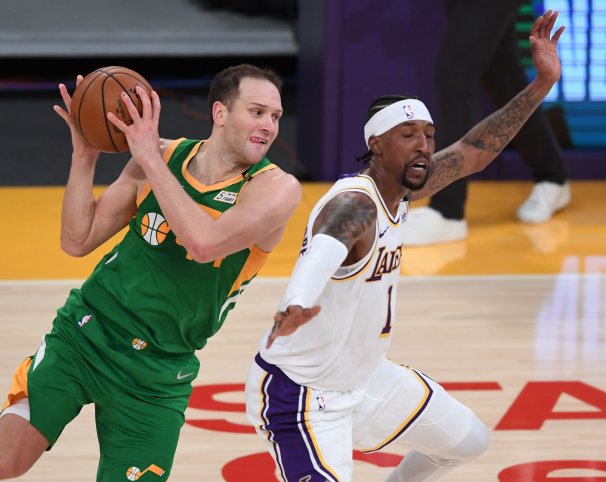 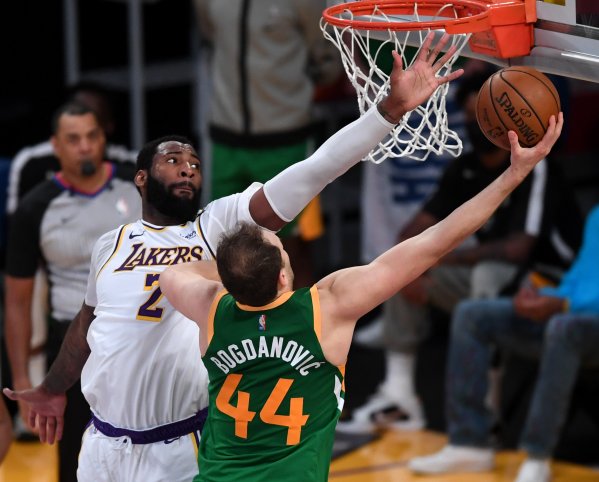