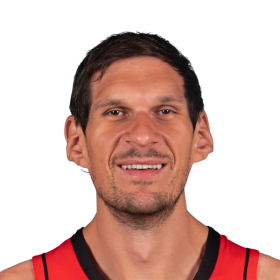 To enable all young people, especially those who need us most, to reach their full potential as productive, caring, responsible citizens. Provide a world-class Club Experience that assures success is within reach of every young person who enters our doors, with all members on track to graduate from high school with a plan for the future, demonstrating good character and citizenship, and living a healthy lifestyle.

The Sixers Youth Foundation envisions communities where all children can create, pursue and realize their dreams and live productive lives.

Marjanović began playing basketball with the youth teams of Boljevac-based club Rtanj. At the age of 14, he moved to Serbian professional team Hemofarm. He was already 6 ft 10 1⁄2 in tall at the time. He played in their youth categories until the 2005–06 season.

Marjanović began playing basketball with the youth teams of Boljevac-based club Rtanj. At the age of 14, he moved to Serbian professional team Hemofarm. ...

Marjanović began playing basketball with the youth teams of Boljevac-based club Rtanj. At the age of 14, he moved to Serbian professional team Hemofarm. He was already 6 ft 10 1⁄2 in tall at the time. He played in their youth categories until the 2005–06 season.

Marjanović joined Hemofarm's first team, playing in the Adriatic League, in the second half of the 2005–06 season. He played there until January 2007 when he was loaned to the Serbian League team Swisslion Takovo. After half a season there, he returned to Hemofarm. In the following seasons, he played an important role for his team. His teammates included Stefan Marković and Milan Mačvan, with whom he had played on the Serbian junior national team.

In the first game of the 2014–15 EuroLeague season, Marjanović led his team to a 76–68 victory against Galatasaray, scoring 22 points and pulling down 10 rebounds in 28 minutes on the court. He was later named the EuroLeague MVP of the Round for Round 1. On November 22, 2014, he recorded 23 points and a career-high 17 rebounds, for a total index rating of 39 in a double overtime 103–110 loss against Galatasaray. At the time, his 17 rebounds in a single game was the highest number of rebounds by any player in the EuroLeague since 2011-12.

After the 2015–16 season, Marjanović became a restricted free agent. On July 7, 2016, he received a three-year, $21 million offer sheet from the Detroit Pistons. The Spurs declined to match the offer and he signed with the Pistons on July 12. On January 5, 2017, Marjanović recorded 15 points and a career-high 19 rebounds in a 115–114 win over the Charlotte Hornets. He had played only 76 minutes all season prior to the game against the Hornets but, with Andre Drummond in foul trouble and Aron Baynes out injured, coach Stan Van Gundy had to give Marjanović extended minutes. On April 7, 2017, he led the Pistons with a career-high 27 points and 12 rebounds off the bench in a 114–109 win over the Houston Rockets.

On January 29, 2018, Marjanović, along with Tobias Harris, Avery Bradley, a future protected first-round draft pick and a future second round draft pick, was traded to the Los Angeles Clippers in exchange for Blake Griffin, Willie Reed and Brice Johnson. On February 27, 2018, he scored a season-high 18 points in a 122–120 win over the Denver Nuggets.

On February 6, 2019, Marjanović alongside his teammate Tobias Harris was traded to the Philadelphia 76ers. In 22 appearances for the 76ers in the regular season, Marjanović averaged 8.2 points and 5.1 rebounds in 13.9 minutes per game. He later helped the 76ers get past the Brooklyn Nets in First Round of 2019 NBA playoffs, but the 76ers were eventually eliminated by Toronto Raptors in Conference Semifinals.

Marjanović made a cameo appearance as Jānis Krūmiņš in 2015 Serbian sports drama film We Will Be the World Champions. In 2019, he played an assassin named Ernest who quotes Dante's Divine Comedy in the American action thriller John Wick: Chapter 3 – Parabellum and fights John Wick in the New York Public Library resulting in his own defeat and death. 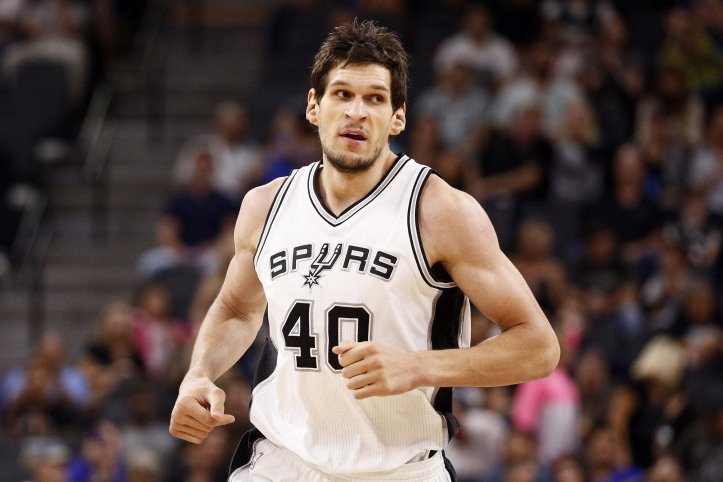 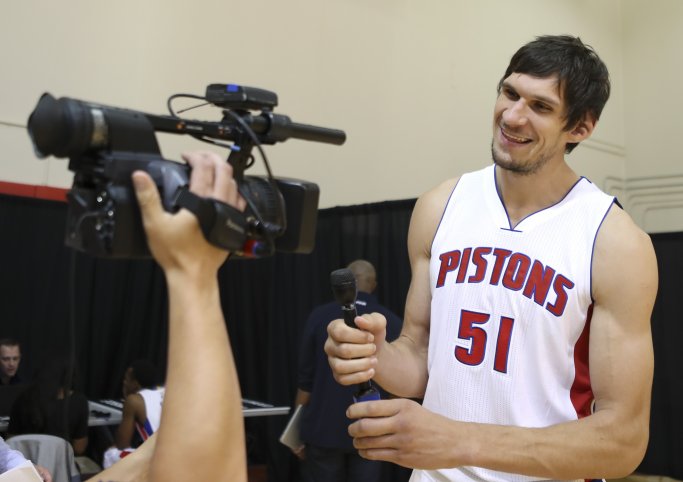 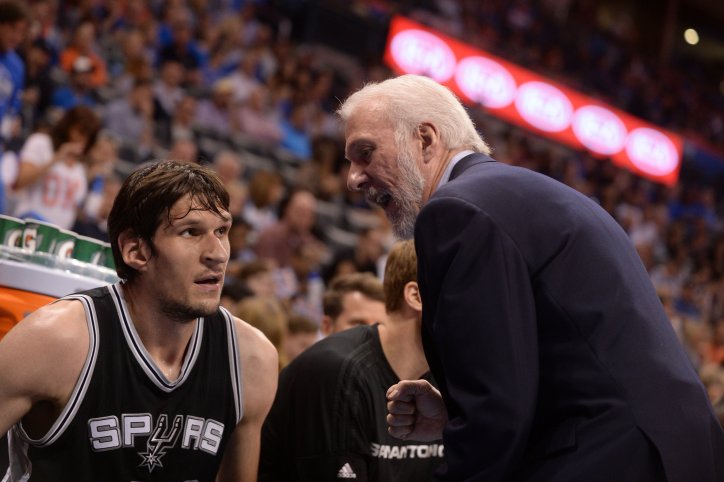 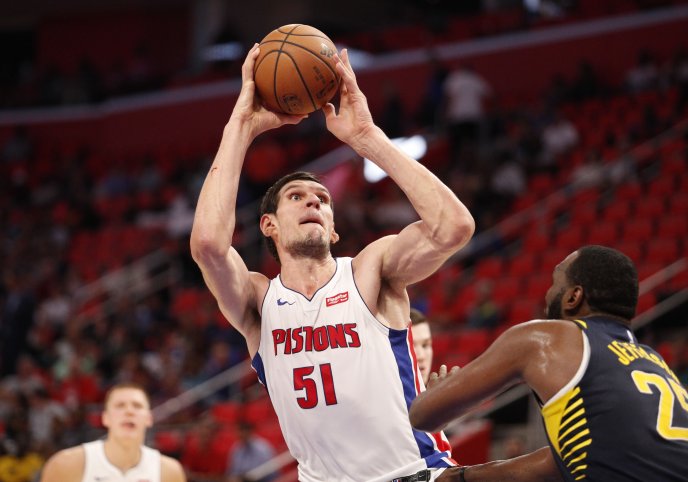 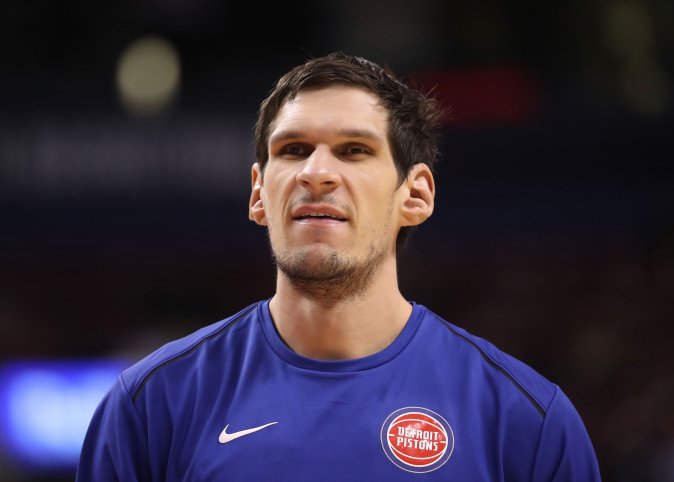 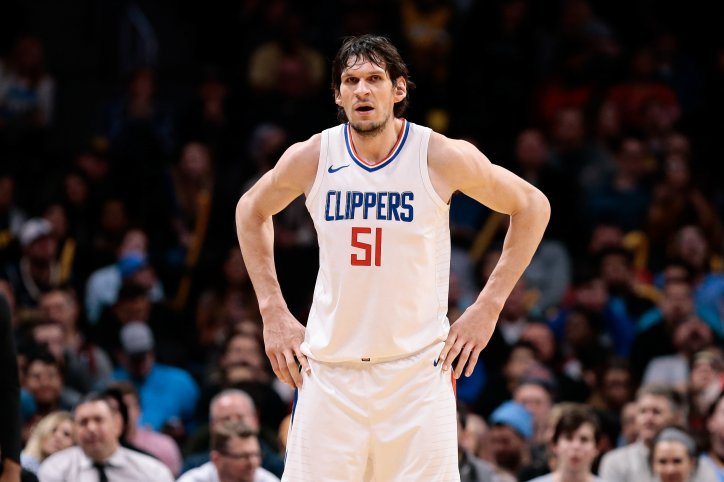 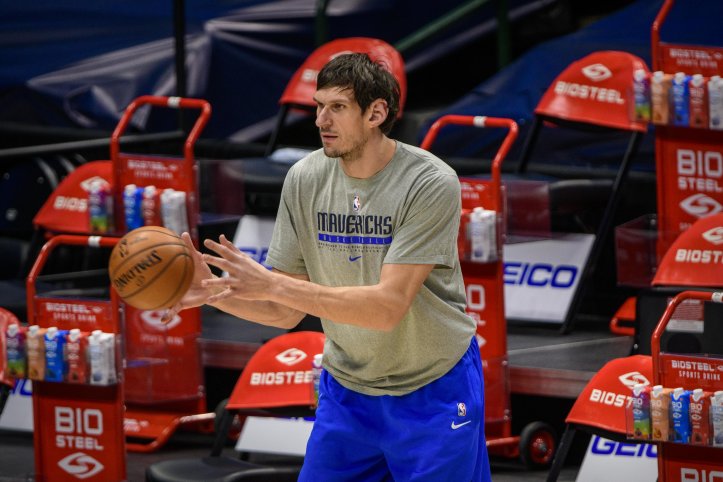 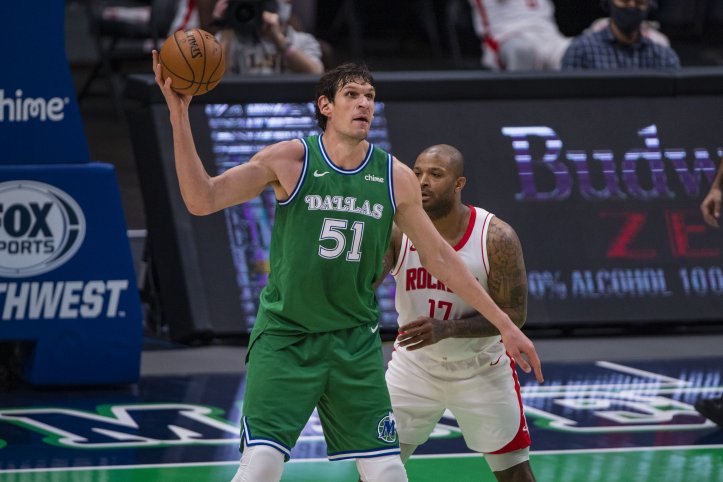 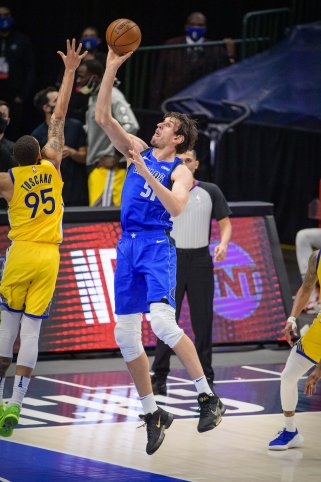 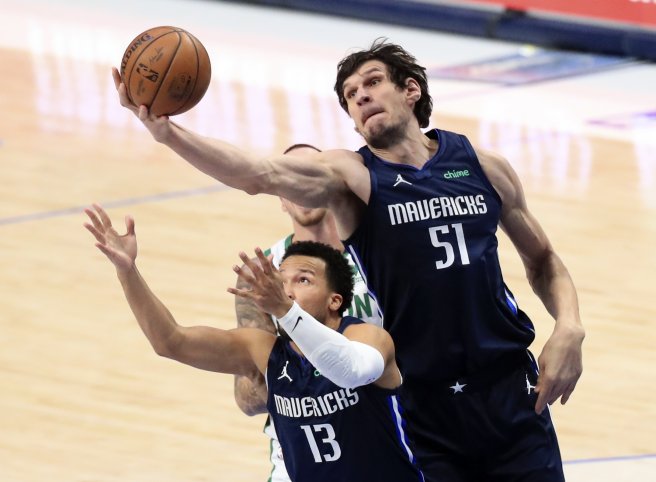 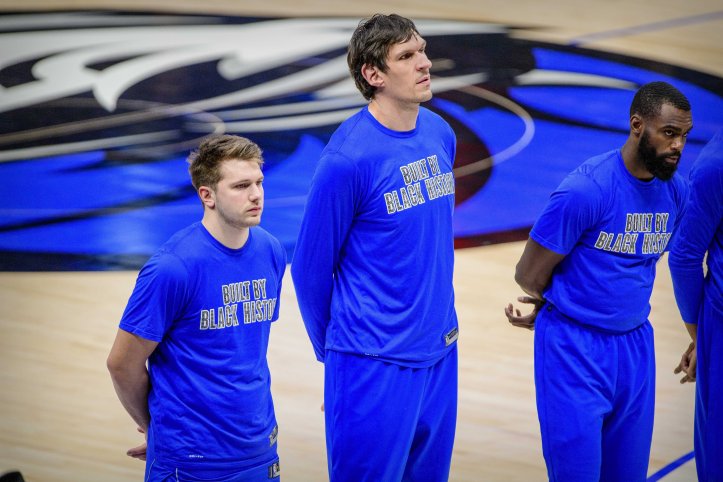 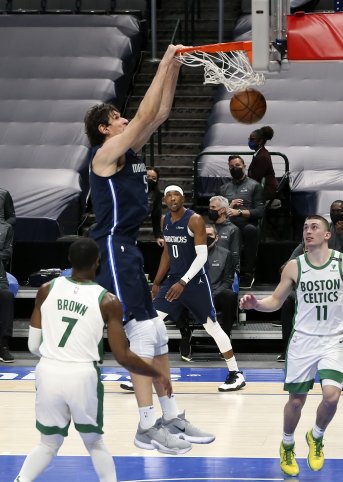 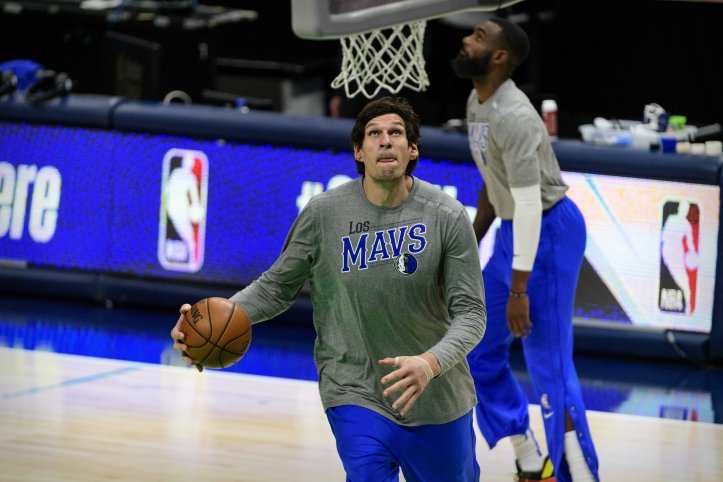 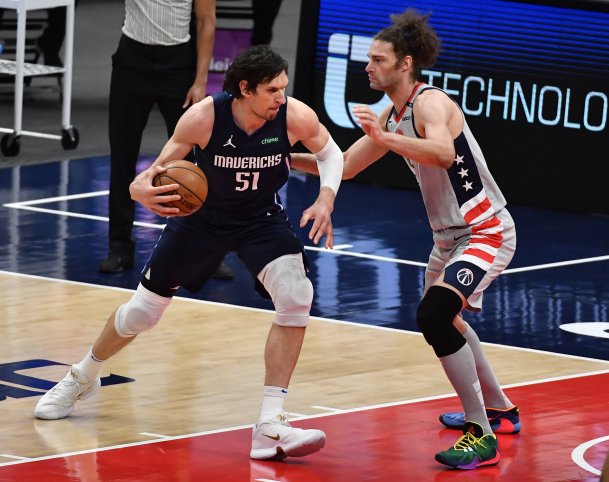 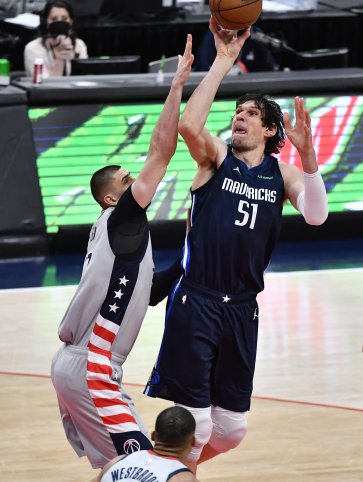