The Ben Simmons Family Foundation is an Australian based charitable organisation that exists to break down the barriers to an equal future. We know change is needed, and we know change can be hard. We’re here to equalize access in our communities to education, sport, wellness, and technology. We believe in focused action: we’re prepared to call out inequality when we see it and be unapologetic about changing it. The commitments and projects we support are close to our heart and important to our communities. We’re here to create the future we want to see.

get involved
Involved in 6 charities
The Philly Pledge

With so much uncertainty facing us all around COVID-19, there's one thing that we shouldn’t be uncertain about. And that's our willingness to extend a helping hand to those in need during times of crisis. After all, we ARE the City of Brotherly Love.

#DoMore is a call to action for Australians wanting to be more informed, more educated, and more engaged in challenging racism. The #DoMore Project will use the stories of Australians of all backgrounds to challenge existing beliefs and raise awareness of the impact of racism. By understanding how we can all do more, we’ll help create an equal future for all Australians.

Black filmmakers, artists, journalists and more join Beats to tell powerful stories. Class is in session for the inaugural Black Future Creator Program. A dynamic group of creatives from Historically Black Colleges and Universities across the nation will be flooding Beats’ platforms with gripping content about themselves, their communities, and the state of Black America. These are the audacious creatives of Black Future 2020.

get involved
Helping Hoops Charity Even

Helping Hoops started 10 years ago, as an idea to provide children and young people with a different pathway to access basketball. Founder and former Executive Director, Adam McKay shares that we came about; “To break down barriers and provide children and young people with opportunities to participate in after-school activities. This was the simple idea that inspired me to embark on a journey that would eventually lead to the organisation we now know as Helping Hoops in 2009. At the time, I assumed there was a basketball charity out there already in Melbourne, running free programs for kids, who didn’t have access to the sport. I wanted to find such an organisation and volunteer. As it turns out, at that time, it didn’t exist. This surprised me. Of course, there were inclusion programs within established basketball clubs and associations, but there wasn’t a group that had this aim as its sole focus—participation over competition, relationships over performance, cultivating social skills, creating a sense of community in an increasingly diverse Melbourne, and eliminating barriers of cost and transport so that “everyone’s game” truly is a game for all.”

William Cramp School provides all students with the academic, technological & social skills needed to be productive & contributing citizens in our society.

Simmons ranked as the #1 player in his class would commit to Lousiana State University to play his collegiate basketball. At LSU, Simmons would average 19.2 points, 11.8 rebounds, and 4.8 assists per game. He would earn All-SEC Freshman Team, First Team All-SEC, SEC Freshman of the Year. After just one season at LSU, Simmons would enter the 2016 NBA Draft.

With the first pick overall in the 2016 NBA Draft, the Philadelphia 76ers selected Simmons. Simmons would miss the entire season after being drafted due to a broken bone in his right foot. In his first season with the 76ers, Simmons averaged 15.8 points, 8.1 rebounds, and 8.2 assists per game which earned him Rookie of the Year honors. Following his rookie season, Simmons averaged 16.9 points, 8.8 rebounds, and 7.7 assists and honored as a member of the NBA All-Star team.

Simmons is the son of an American-born father, Dave, who played pro basketball in Australia. A dual citizen of Australia and the United States, Simmons has played for the Australian national team. 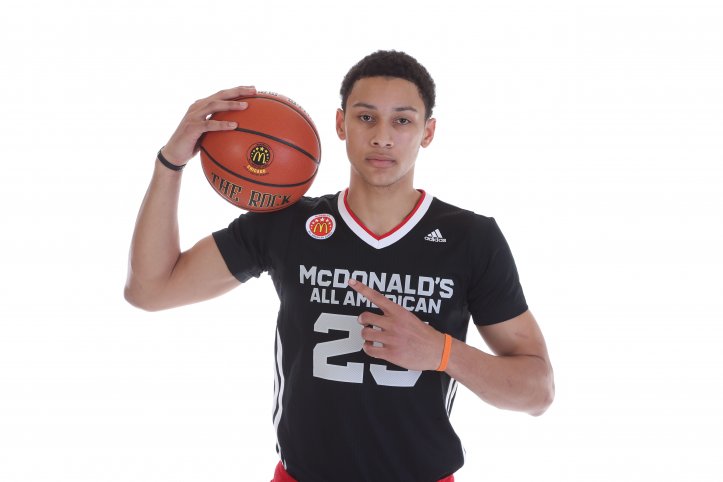 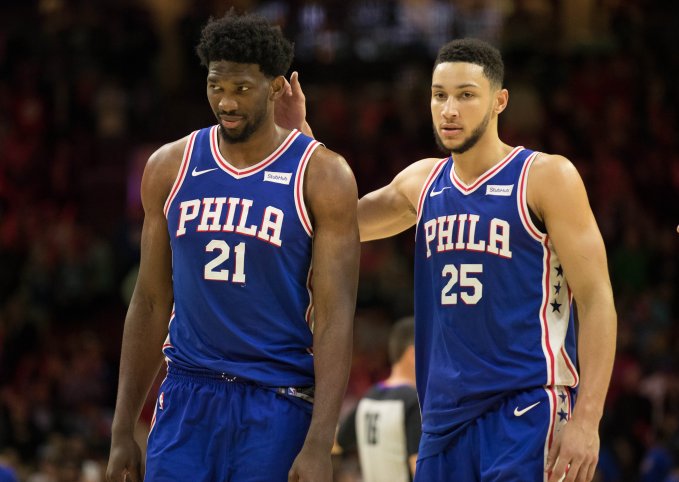 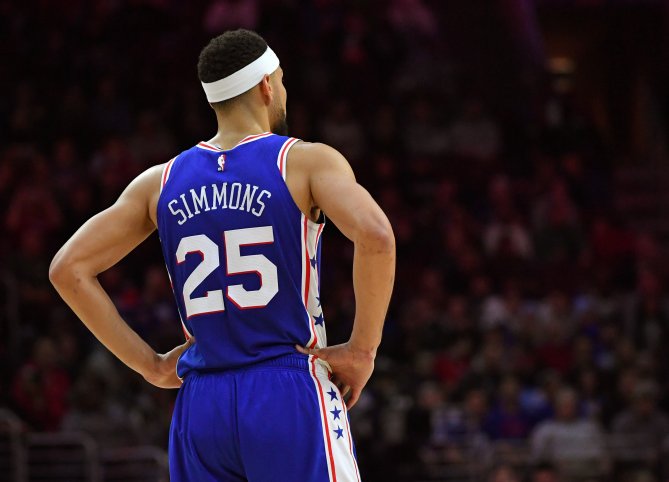 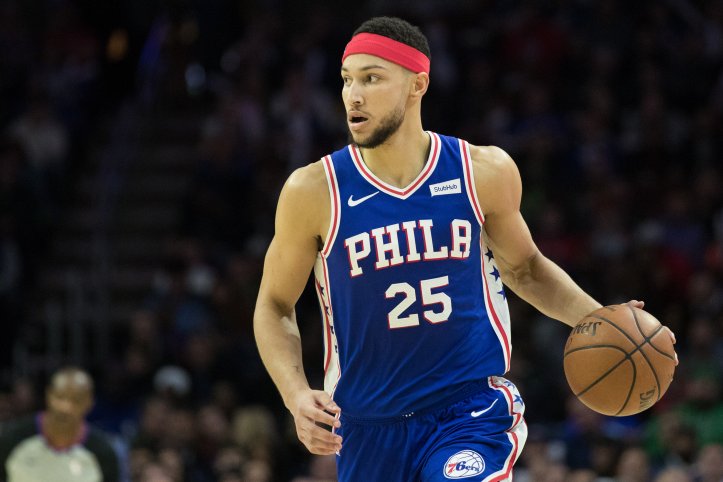 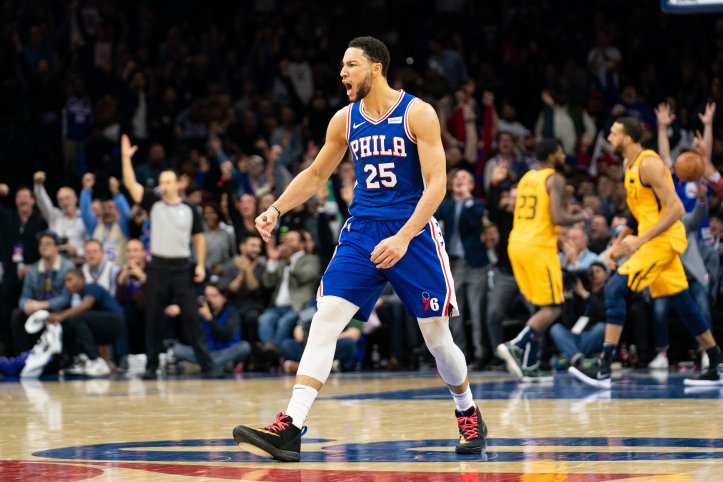 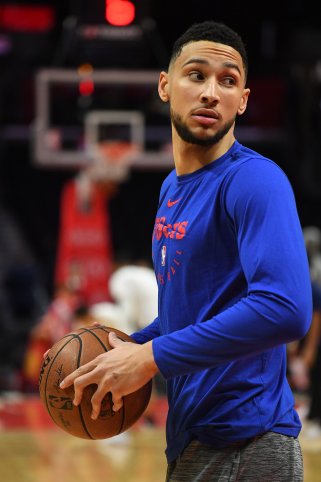 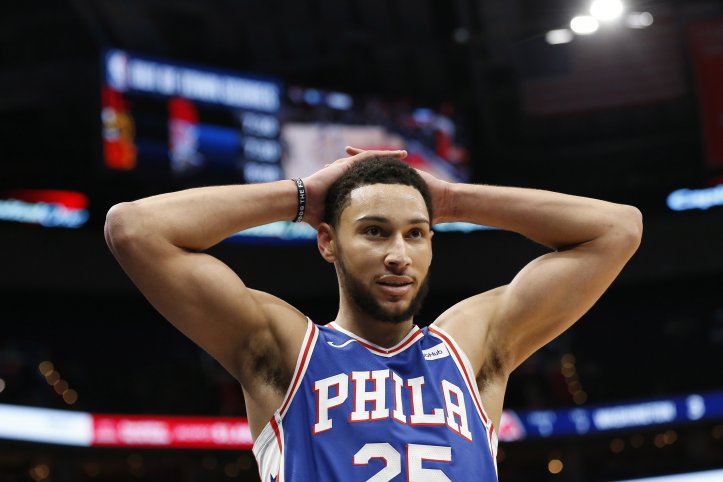 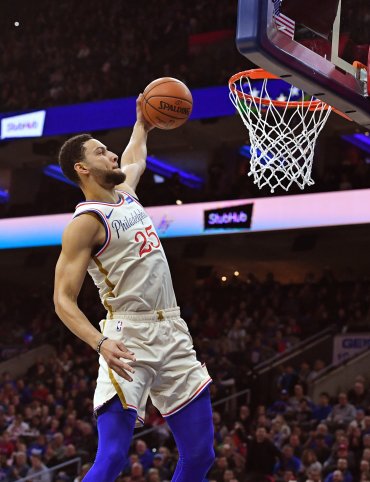 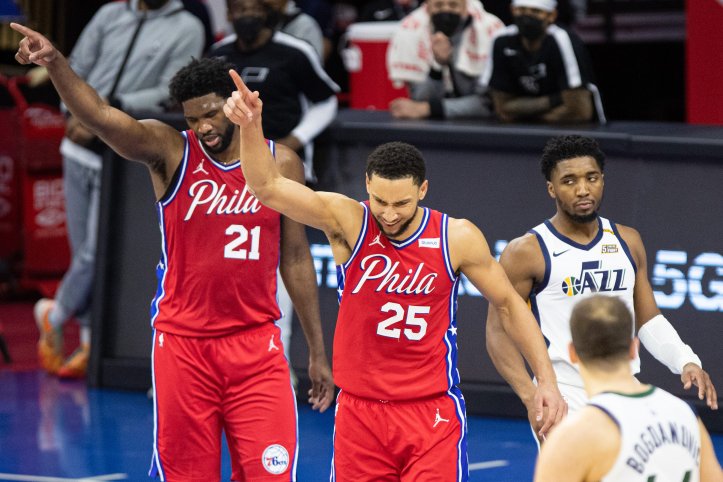 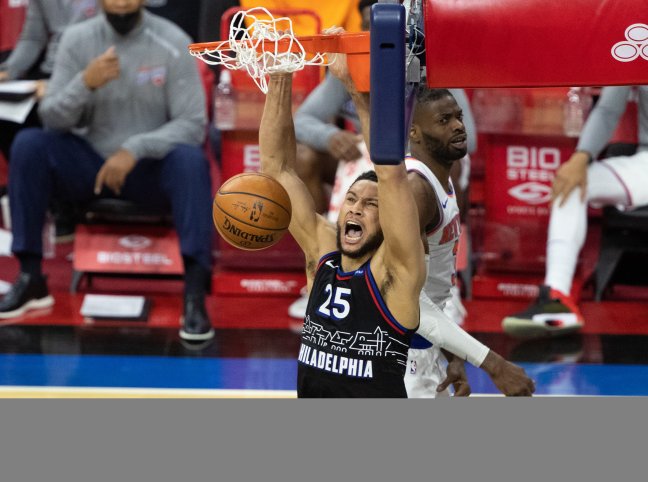 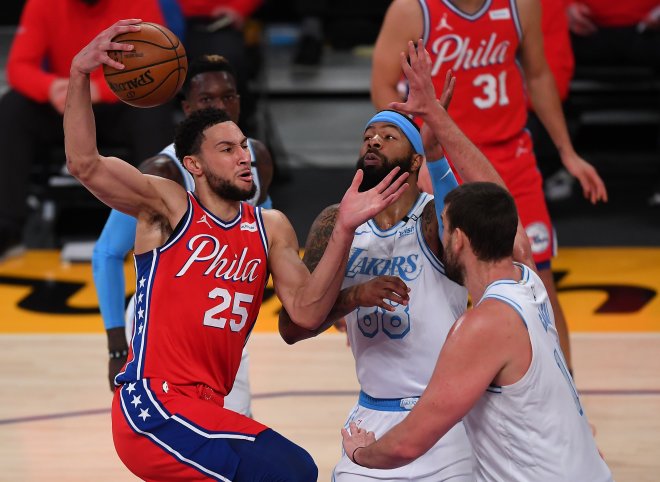 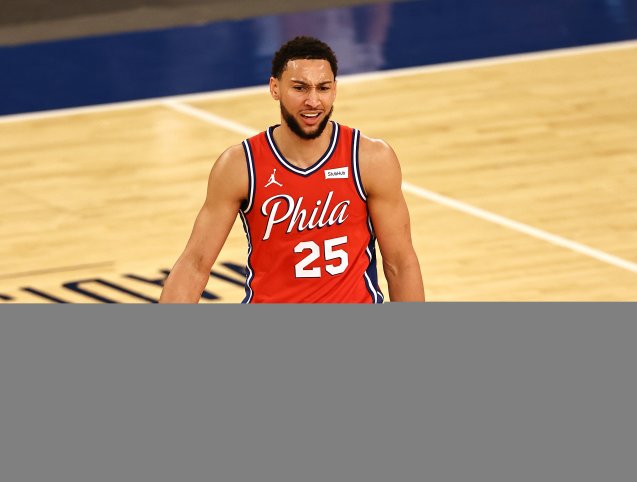 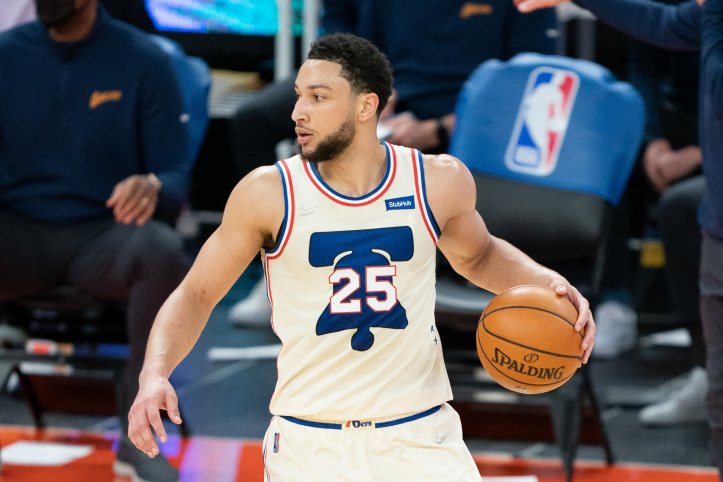 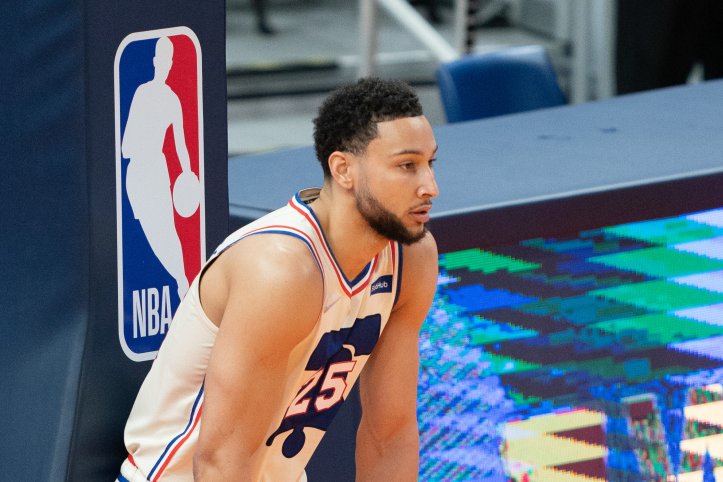 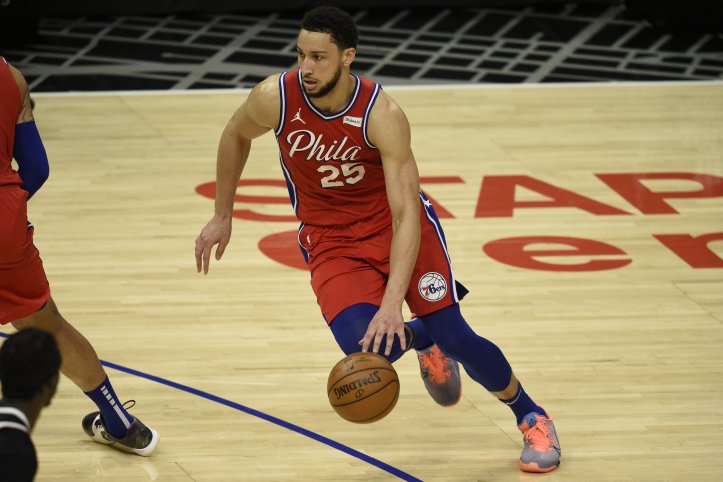 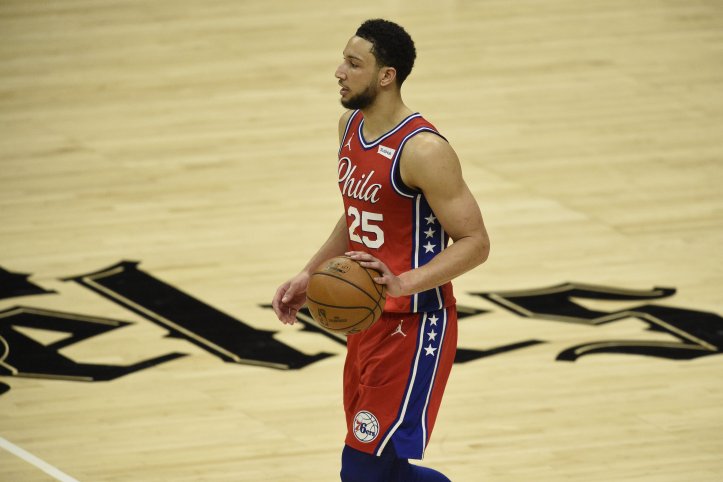 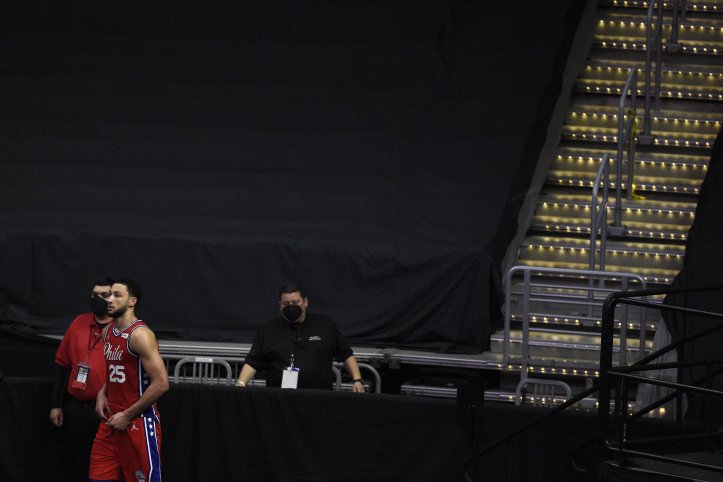 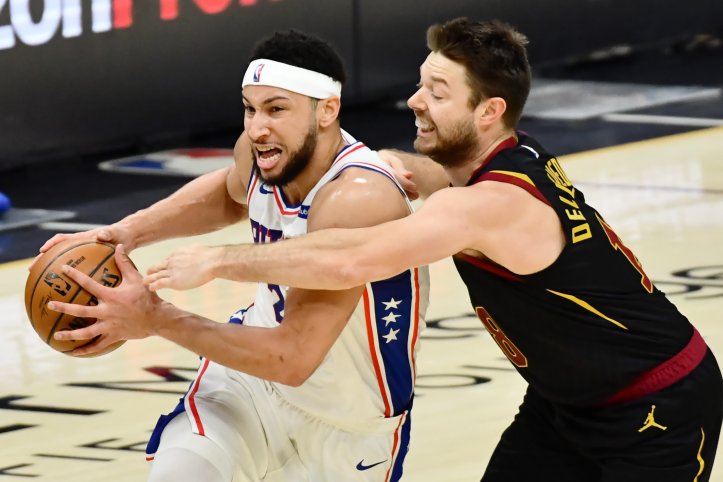 RT @PatMcAfeeShow: "This NEVER happened.. it's an amazing story but it didn't happen" @ShamsCharania on the rumors that Ben Simmons left t…