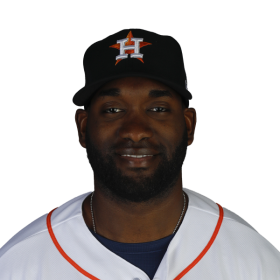 Álvarez played two seasons in the Cuban National Series for Las Tunas. He defected from Cuba, then established residence in Haiti in 2016. He signed with the Los Angeles Dodgers as an international free agent in June 2016.

Álvarez played two seasons in the Cuban National Series for Las Tunas. He defected from Cuba, then established residence in Haiti in 2016. He signed with th...

Álvarez played two seasons in the Cuban National Series for Las Tunas. He defected from Cuba, then established residence in Haiti in 2016. He signed with the Los Angeles Dodgers as an international free agent in June 2016.

On June 9, 2019, the Astros selected Álvarez' contract and promoted him to make his major league debut that afternoon versus the Baltimore Orioles. He went 1-3 with a two-run home run in his debut. The following game, Álvarez again homered, this time versus Matt Albers of the Milwaukee Brewers. He became the first Astro to homer in both of his first two games. Álvarez became the fourth player in Major League Baseball (MLB) history to hit four home runs in his first five career games when he homered off of Clayton Richard of the Toronto Blue Jays, joining Trevor Story, Yasiel Puig and Mike Jacobs. On June 23, Álvarez hit a 2-run home run for his 7th home run of the season in only 12 games, establishing an Astros franchise record. He also became the first player in MLB history to drive in 16 runs in his first 12 games. He won the American League (AL) Rookie of the Month Award for both June and July – the first Astro to do so – after garnering 48 hits, batting .336, 13 doubles, 13 homers and 39 RBI, .699 slugging, and 1.120 OPS. He also led MLB with a 1.120 OPS since his debut, and was second in the AL with a .421 OBP, fourth in SLG, sixth in RBI, and seventh in average. Thus, he emerged as a leading contender for AL Rookie of the Year honors despite his late start to the season.

In Game 5 of the ALCS, the Astros faced Boston Red Sox pitcher Chris Sale at Fenway Park in a 9–1 win. Álvarez logged three hits and three RBIs versus the left-handed ace, all to the opposite field, including one home run that cleared the Green Monster. This marked the first occasion in Álvarez' career in which he had collected that many opposite-field hits; meanwhile Sale had allowed four total hits in 2021 to left-handed batters in his 42+2⁄3 innings. The last left-handed batter to realize three hits in one game versus Sale was the Red Sox' David Ortiz on July 30, 2015. The ALCS was also the first time Álvarez had faced Sale. In Game 6, Álvarez collected four hits–including two doubles and one triple–as Houston won the game, 5–0, the decisive game of the ALCS. He hit .522, with a 1.408 OPS, three doubles, one triple, one home run, six RBIs, and seven runs scored. His .522 average set a record for ALCS play, eclipsing Kevin Youkilis' .500 average hit in the 2007 ALCS. Álvarez was named ALCS Most Valuable Player (MVP), becoming the fourth Cuban-born player and the first designated hitter to win the award since David Ortiz. 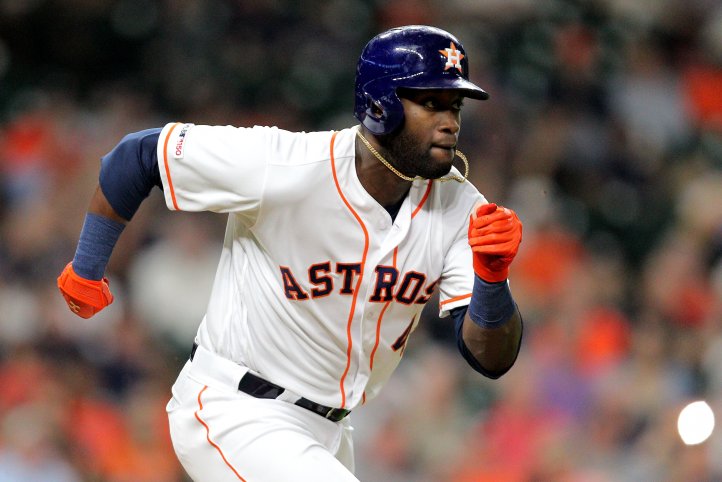 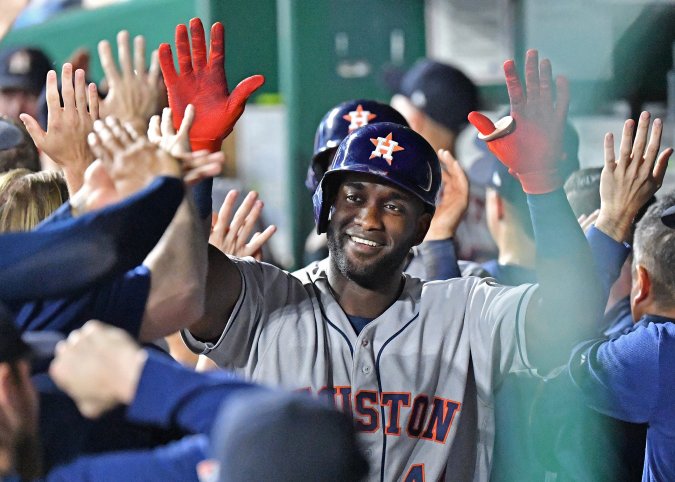 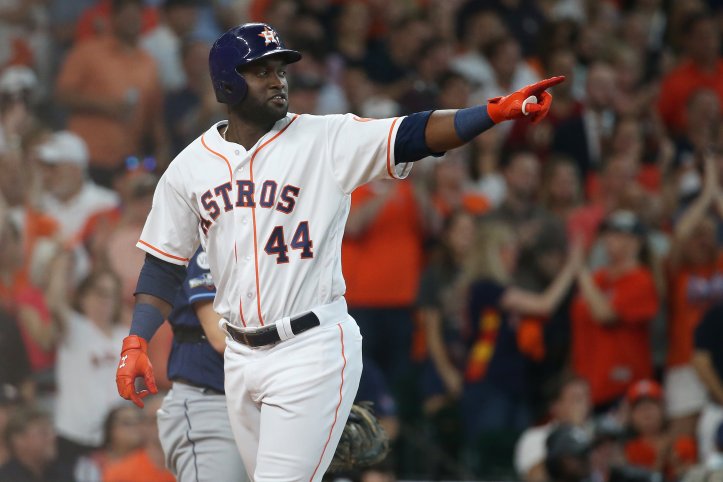 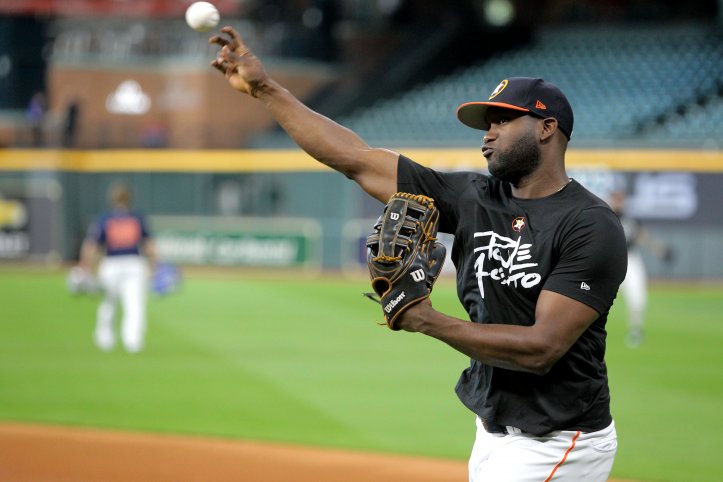 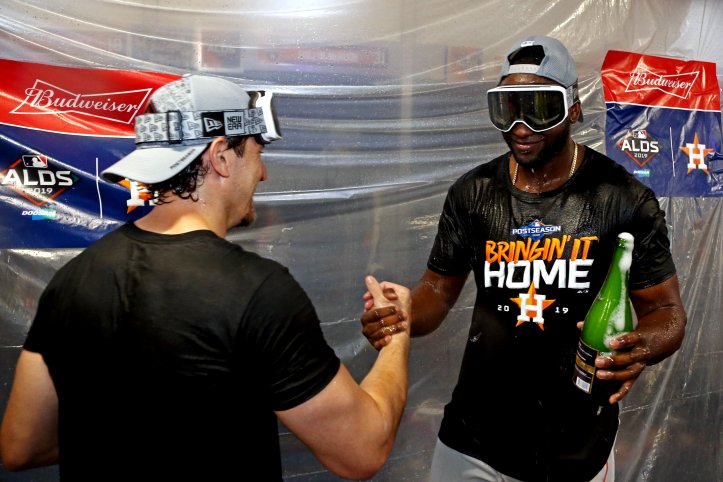 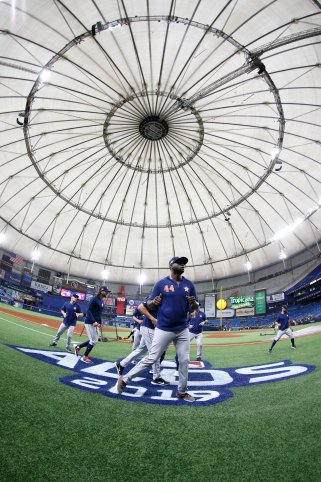 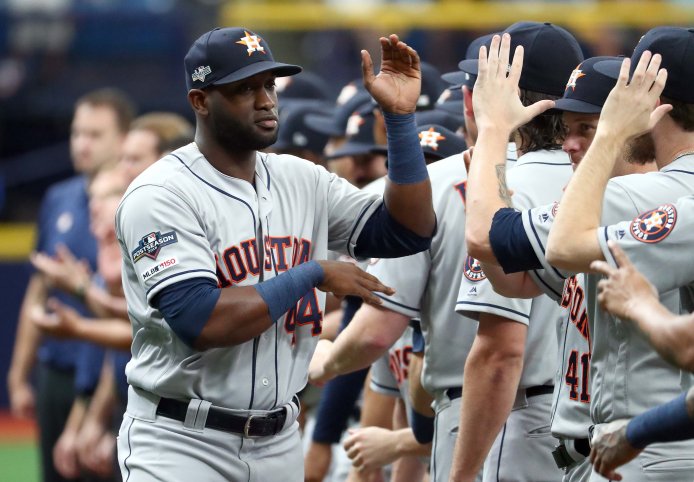 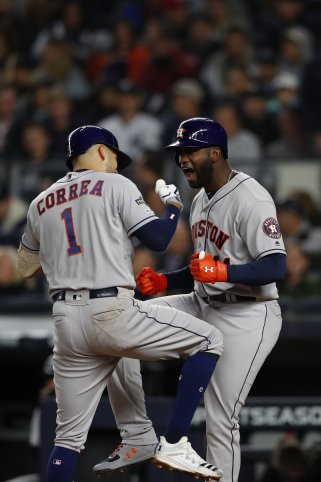 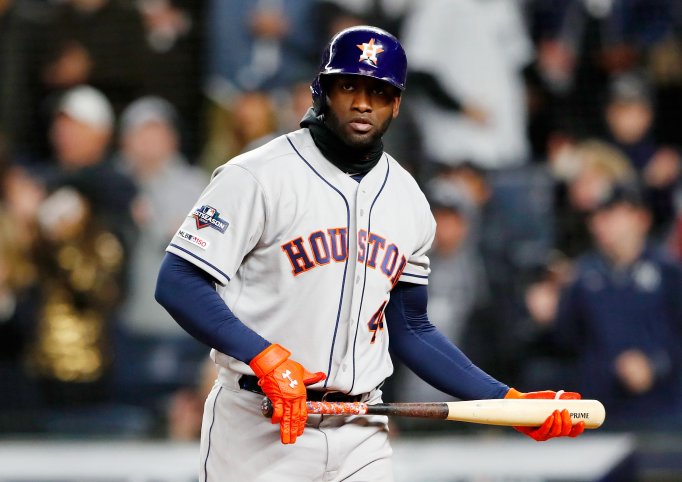 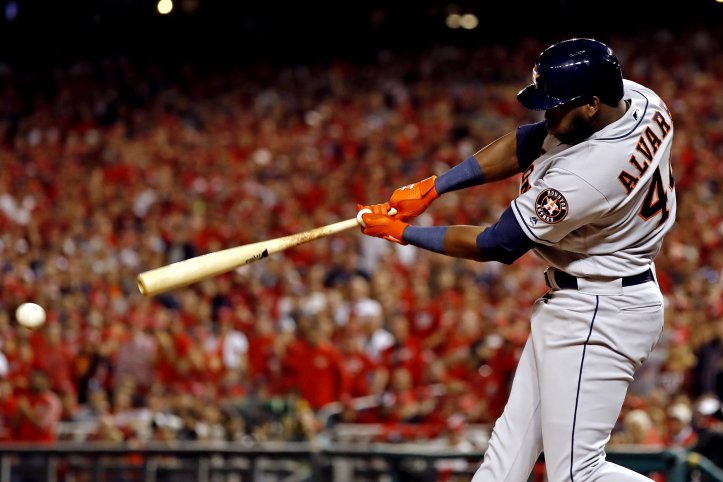 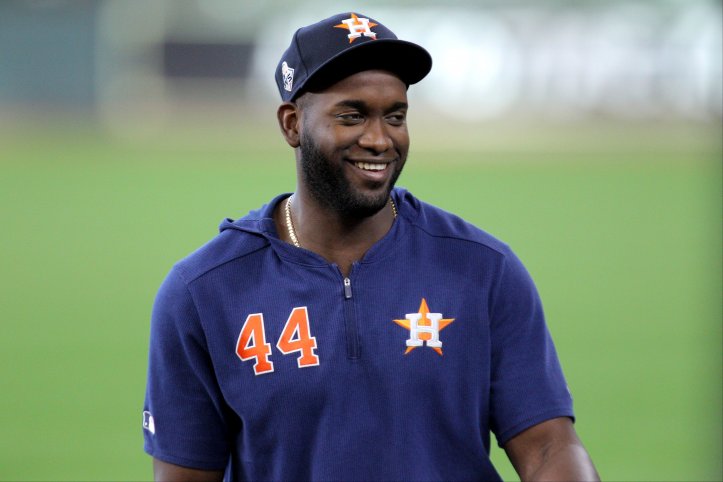 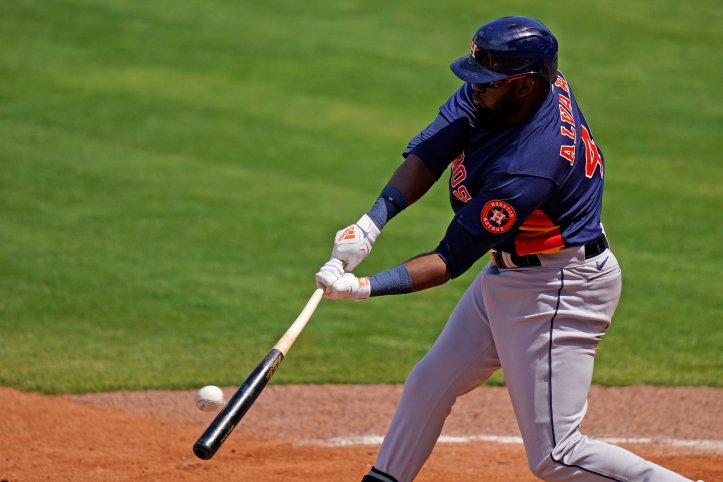 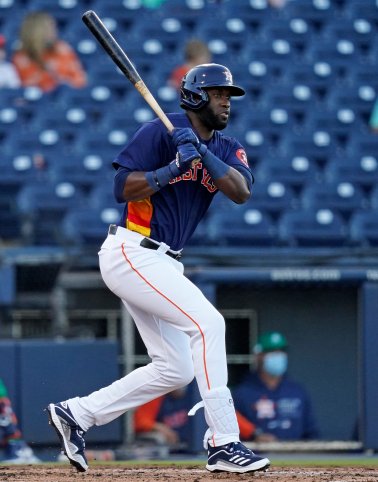