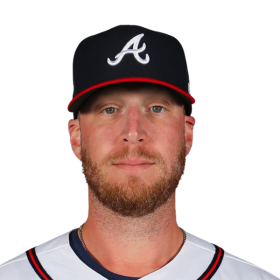 The Atlanta Braves Foundation, a 501(c)(3) registered charity, is the fundraising and giving arm of the Atlanta Braves Baseball Club. Fans may join in club fundraising efforts in a variety of fun and unique ways including participating in auctions for game used and one-of-a-kind team memorabilia, purchasing 50/50 raffle tickets at Braves home games, getting their name in lights through our scoreboard message program, leaving a legacy with the Truist Park brick program.

get involved
Children's Healthcare of Atlanta

When it comes to caring for kids, we’ve never settled for just good enough. We need your help—now more than ever—to give our patients the futures they deserve.

Smith attended Northgate High School in Newnan, Georgia, where he played for the school's baseball team as a pitcher. He enrolled at Gulf Coast Community College in Panama City, Florida, where he continued his baseball career. After his freshman year at Gulf Coast, the Los Angeles Angels of Anaheim ...

Smith attended Northgate High School in Newnan, Georgia, where he played for the school's baseball team as a pitcher. He enrolled at Gulf Coast Commun...

Smith attended Northgate High School in Newnan, Georgia, where he played for the school's baseball team as a pitcher. He enrolled at Gulf Coast Community College in Panama City, Florida, where he continued his baseball career. After his freshman year at Gulf Coast, the Los Angeles Angels of Anaheim selected Smith in the seventh round, with the 229th overall selection, of the 2008 Major League Baseball Draft.

Making his professional debut with the Orem Owlz of the Rookie-level Pioneer League, Smith recorded 76 strikeouts while walking only six batters. He pitched for the Cedar Rapids Kernels of the Class A Midwest League in 2009, and the Rancho Cucamonga Quakes of the Class A-Advanced California League in 2010. On July 23, 2010, the Angels traded Smith along with Sean O'Sullivan to the Kansas City Royals for Alberto Callaspo.

Pitching for the Northwest Arkansas Naturals of the Class AA Texas League in 2011, Smith and Kelvin Herrera combined to pitch a no-hitter on July 19, with Smith pitching the first seven innings. Smith began the 2012 season with the Omaha Storm Chasers of the Class AAA Pacific Coast League.

The Royals promoted Smith to the majors for the first time on May 22, 2012. By the end of the 2012 season, Smith had made 16 starts, his record was 6–9 with a 5.32 ERA. During the 2013 season, the Royals transitioned Smith into a relief pitcher. He spent the majority of the season at Omaha. He was called up multiple times to the Royals bullpen while also making a spot start.

Smith was traded to the Milwaukee Brewers in exchange for Norichika Aoki on December 5, 2013. Smith had a 1–3 win-loss record and a 3.70 earned run average (ERA) in 2014. On May 21, 2015, he was ejected from a game vs the Atlanta Braves for having a foreign substance on his right arm. He was suspended for eight games, pending his appeal and his suspension was subsequently reduced to six games. Smith had a 7–2 win-loss record and a 2.70 ERA in 2015.

During spring training in 2016, Smith tore the lateral collateral ligament in his knee. He returned to the Brewers on June 2. By the end of the month of July, Smith had appeared in 27 games for Milwaukee, serving as the set-up man.

On August 1, 2016, the Brewers traded Smith to the San Francisco Giants for Phil Bickford and Andrew Susac.

On March 20, 2017, Smith was diagnosed with possible UCL damage in his left elbow, but no structural damage. He returned to California to seek second opinions with doctors, who petitioned that Smith would require surgery.

On March 24, 2017, it was reported that Smith elected to have Tommy John surgery on his elbow, effectively ending his 2017 season with the San Francisco Giants.

In 2018, he returned to action in mid-season and was used as a setup man and the closer.

In 2019, Smith was named the Giants' closer. He was selected to the All Star Game in 2019 after he converted 23 of 23 save opportunities in the first half of the season.

On November 14, 2019, Smith signed a three year contract with the Atlanta Braves worth $39 million.

Smith was the closing pitcher in Game 6 of the 2021 World Series, which Atlanta won to clinch the title. He notably didn't give up an earned run in the entire postseason. 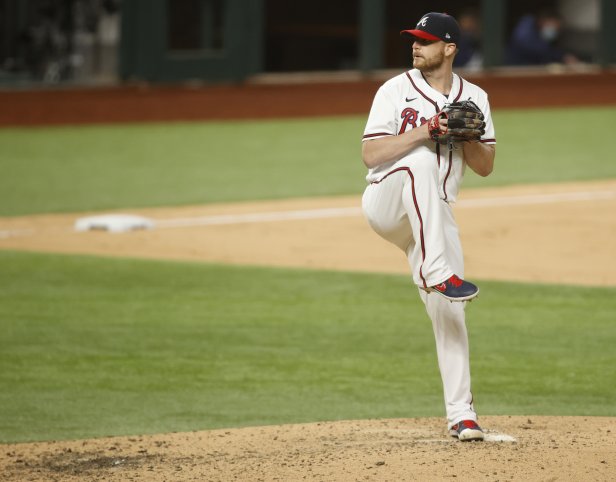 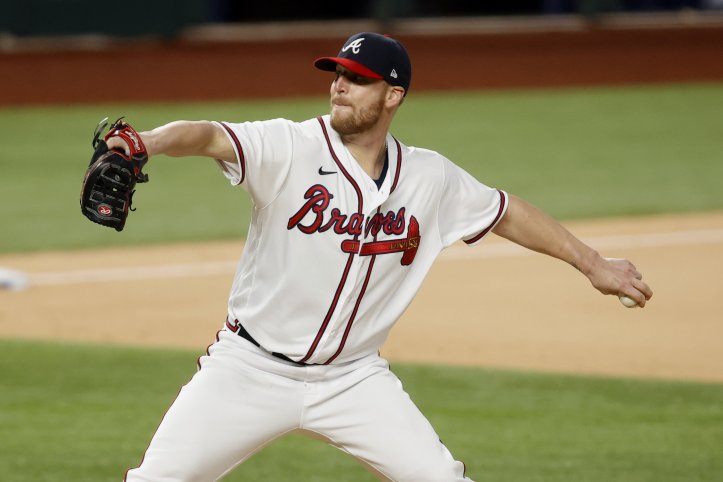 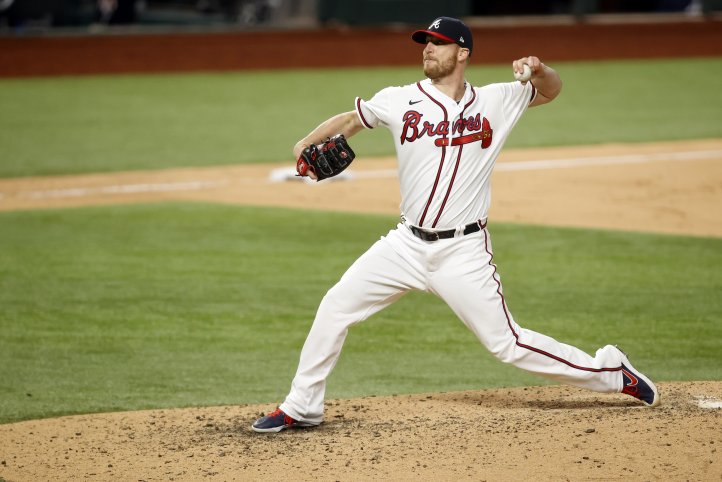 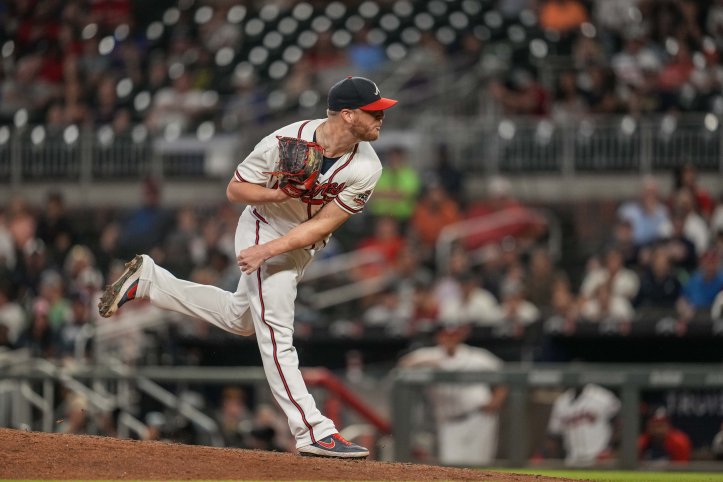 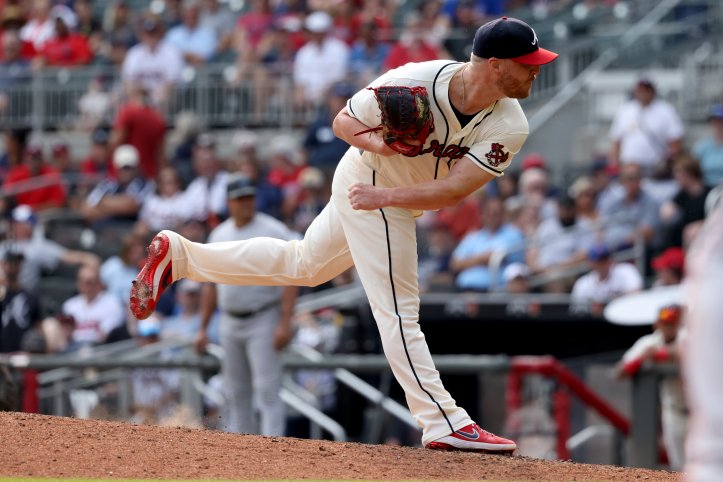 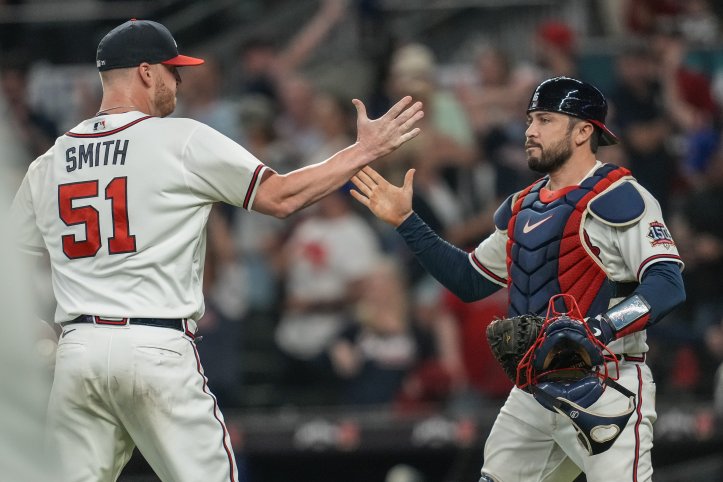 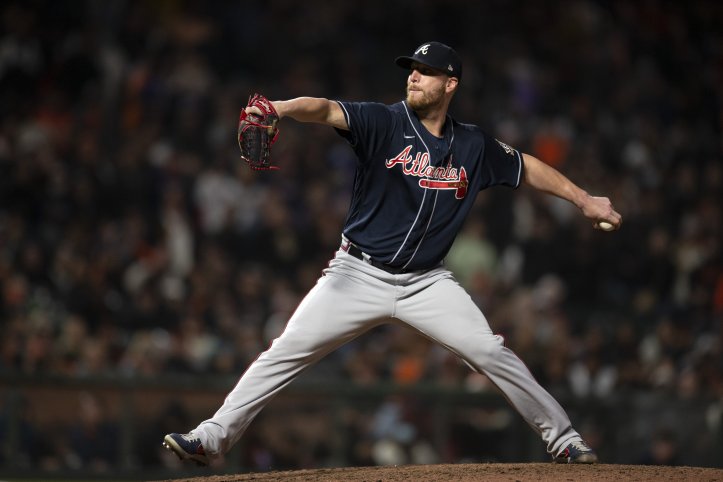 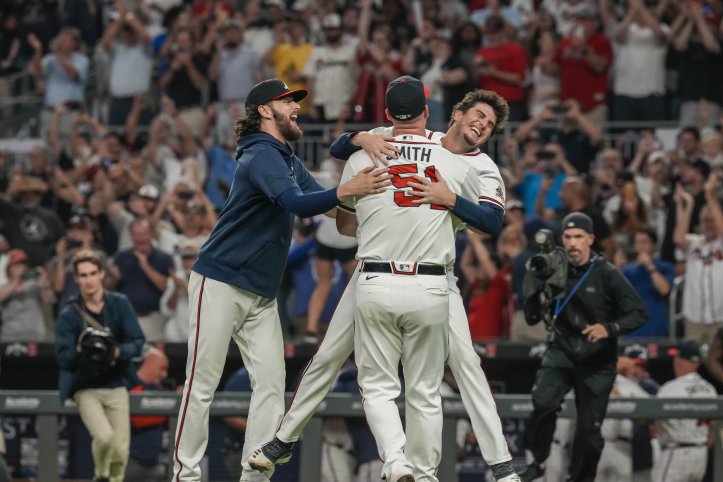