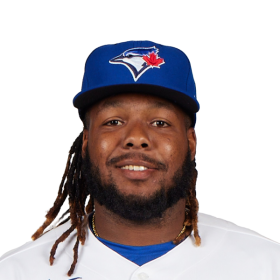 At Jays Care we believe in gender equity for all children and youth. This means creating programs that support girls across the county to overcome the current barriers to fair and accessible sport and recreation opportunities.

To help youth from underserved communities achieve their full potential.

Guerrero is the son of Vladimir Guerrero, who was elected to the National Baseball Hall of Fame and Museum in January 2018, and the nephew of Wilton Guerrero. He was born in Montreal while his father was playing for the Montreal Expos, and is a Canadian citizen. His cousin, Gabrie...

Guerrero is the son of Vladimir Guerrero, who was elected to the National Baseball Hall of Fame and Museum in January 2018, and the...

Guerrero is the son of Vladimir Guerrero, who was elected to the National Baseball Hall of Fame and Museum in January 2018, and the nephew of Wilton Guerrero. He was born in Montreal while his father was playing for the Montreal Expos, and is a Canadian citizen. His cousin, Gabriel, plays for the Miami Marlins organization.

Eligible for free agency in 2015, Baseball America ranked Guerrero as top international free agent, and MLB.com ranked him the fourth-best. He signed with Toronto on July 2, 2015, for $3.9 million. Guerrero was assigned to extended spring training camp to open the 2016 minor league season. Guerrero made his professional baseball debut with the Rookie Advanced Bluefield Blue Jays on June 23. Guerrero hit his first professional home run on June 24, a two-run shot in a 4–2 loss to the Bristol Pirates. On August 12, Guerrero recorded his first multi-home run game, hitting two solo shots in an 18–5 win against the Pulaski Yankees. Later in August, he was named the Appalachian League's All-Star at third base. Guerrero played in 62 games for Bluefield in 2016, and hit .271 with eight home runs, 46 runs batted in (RBI), and 15 stolen bases. On January 24, 2017, MLB named Guerrero the third best prospect at third base heading into the 2017 minor league season.

Guerrero opened the 2017 minor league season with the Class-A Lansing Lugnuts. In a 6–3 win over the Great Lakes Loons on April 7, he hit his first home run of the season. Guerrero was named a Midwest League All-Star on June 7, and on June 29, he was named to the World team roster for the 2017 All-Star Futures Game. On July 6, the Blue Jays announced that Guerrero would be promoted to the Advanced-A Dunedin Blue Jays following the All-Star Futures Game. In a game against the Clearwater Threshers on August 31, Guerrero hit a home run to give the Blue Jays a 5–3 victory. The win ensured that Dunedin would make the Florida State League playoffs. Guerrero finished the 2017 regular season with a .323 batting average, 13 home runs, and 76 RBI in 119 games played. He also walked more than he struck out, with 76 and 62 respectively, and posted a .910 on-base plus slugging percentage (OPS). On September 6, Guerrero was named ESPN's Prospect of the Year. During the offseason, he played in 26 games for the Leones del Escogido of the Dominican Winter League.

Entering the 2018 season, Guerrero was considered the top prospect in the Blue Jays organization by MLB and Baseball America. On March 23, Blue Jays team president Mark Shapiro announced that Guerrero would begin the season with the Double-A New Hampshire Fisher Cats. Through the first month of the season, he led the Eastern League with a .398 batting average and 30 runs batted in. On June 4, Guerrero was named the Eastern League's Player of the Month after hitting .438 with nine home runs and 28 RBI in May. On June 6, Guerrero was removed from a game against the Akron RubberDucks with a leg injury. Three days later, it was determined that he had a strained patellar ligament in his left knee, and would be on the disabled list for at least four weeks. On July 28, it was announced that Guerrero would be promoted to the Triple-A Buffalo Bisons following his father's induction into the National Baseball Hall of Fame and Museum. Guerrero hit .402 with 14 home runs and 60 RBI in 61 games with New Hampshire. On August 30, the Blue Jays added Guerrero to the roster of the Surprise Saguaros of the Arizona Fall League (AFL).

Entering 2019 spring training, questions arose as to whether the Blue Jays organization would have Guerrero on the Opening Day roster, or seek to manipulate his MLB service time by assigning him to the minors to begin the season. Keeping Guerrero in the minor leagues for the first two weeks of the season would prevent him from reaching free agency until after the 2025 season. On March 10, the Blue Jays announced that Guerrero had suffered an oblique strain two days earlier and was ruled out for the rest of spring training. Despite this, sales volume of Guerrero's fan jersey was among the top five in baseball in early 2019.

On April 24, 2019, the Blue Jays announced that Guerrero would be called up from Triple-A Buffalo on April 26. Guerrero hit .367/.424/.700 with three home runs and eight RBIs in 30 at-bats during an eight-game stint with Buffalo prior to his call-up. He went hitless in his first three at-bats against the Oakland Athletics before hitting a double in the bottom of the ninth inning and exiting for a pinch runner. Guerrero recorded his first multi hit game, and reached base safely four times, on May 11.

On May 14, against the San Francisco Giants in Oracle Park, Guerrero hit his first major league home run in the first inning off Nick Vincent. At 20 years and 59 days of age, Guerrero became the youngest Blue Jay to hit a home run, breaking Danny Ainge's record by 18 days. In the sixth inning, with two men on, he hit another home run off Reyes Moronta. He hit two more home runs in the following series against the Chicago White Sox, including one that bounced off the glove of center fielder Leury Garcia and over the wall. Guerrero's four home runs over a six-game road trip earned him the American League Player of the Week Award, and made him the youngest Blue Jay to win the award.

The MLB announced on June 27 that Guerrero was a voting finalist for the starting first base position at the 2021 All-Star Game in Colorado, having led all MLB players in Phase 1 of voting with 2,704,788 votes. The next closest vote-getter was Ronald Acuña Jr., a center fielder for the Atlanta Braves of the National League. On June 28, Guerrero was named the American League Player of the Week, after hitting home runs in three consecutive games, driving in seven runs and batting to a .391/.481/.826 slash line. It was Guerrero's first Player of the Week honor since August 2019. On July 1, Guerrero was named the starting first baseman for the American League in the All-Star Game. In the game, he hit the 200th home run in All-Star Game history, became part of the third father-son duo to hit home runs in All-Star Games, and was named as the game's Most Valuable Player. He was the first Blue Jays player to win, the first Canadian citizen to win, and the youngest All-Star Game MVP at age 22 and 119 days, beating Ken Griffey Jr. when he was 22 and 236 days. On September 6, in a game against the New York Yankees, Guerrero hit his 40th home run of the season, joining his father as the second father-son duo in MLB history to each have a 40-home run season in their careers. Previously, the only father and son to have done so were Cecil Fielder and his son Prince, both of whom played during the career of the elder Guerrero.

Guerrero finished the 2021 season batting .311/.401/.601 and tied the major league lead in home runs with Salvador Pérez (48), led in runs scored (123), and led the majors in total bases (363). He finished second in American League MVP voting behind Shohei Ohtani.

On March 22, 2022, Guerrero signed a $7.9 million contract with the Blue Jays, avoiding salary arbitration. During an April 13, 2022, game against the New York Yankees, Guerrero hit a home run off Gerrit Cole and subsequently had his hand stepped on by Aaron Hicks during a play at first base. Despite the injury, he remained in the game and hit two more home runs, finishing the day at 4-for-4 with 3 home runs and 4 RBIs.

Guerrero then became the first player in Major League history to hit three home runs in a game (April 13), then strike out at least four times the following game (April 14). He would be named to the 2022 All-Start team later that year. 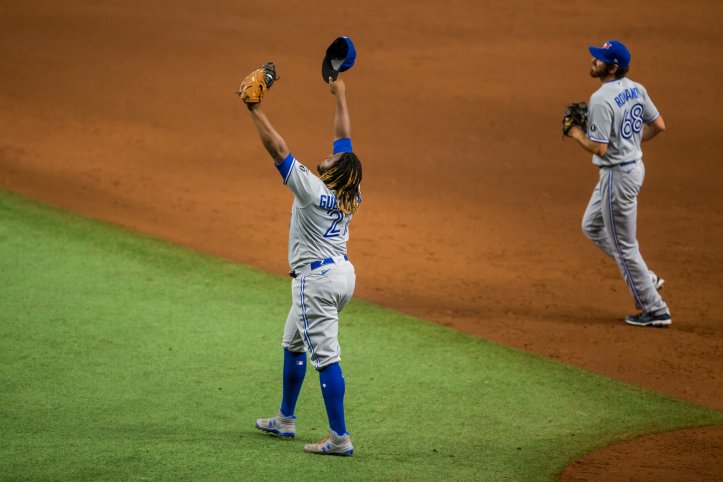 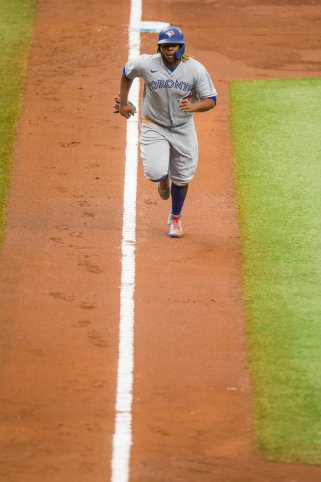 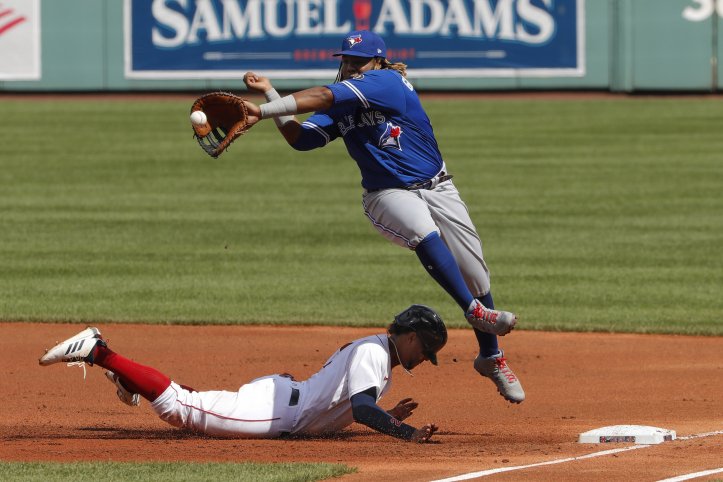 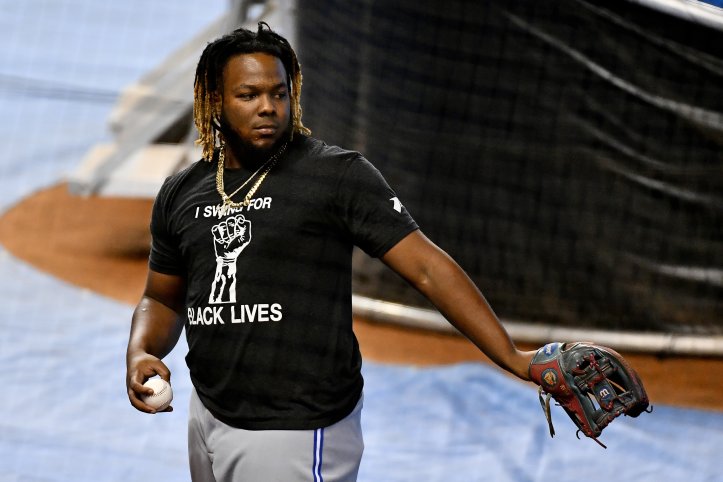 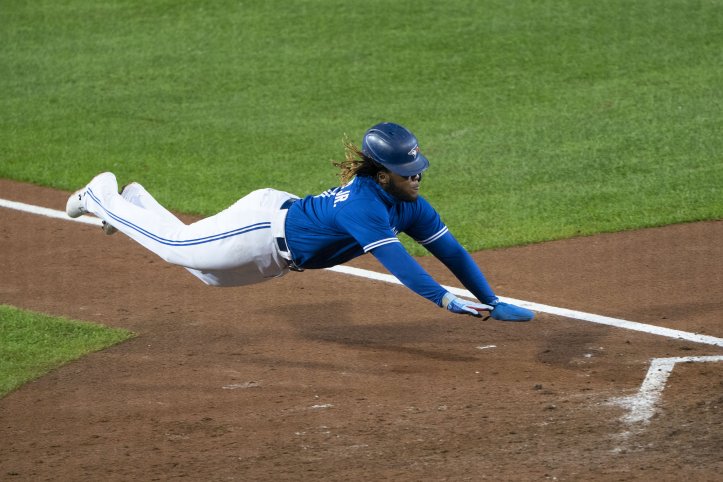 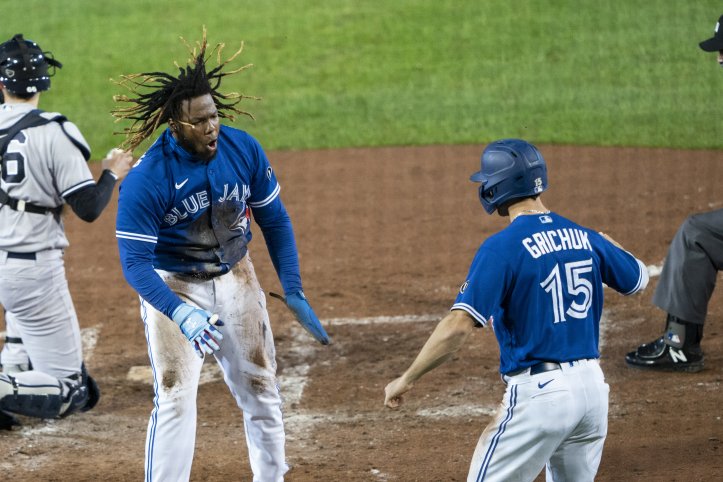 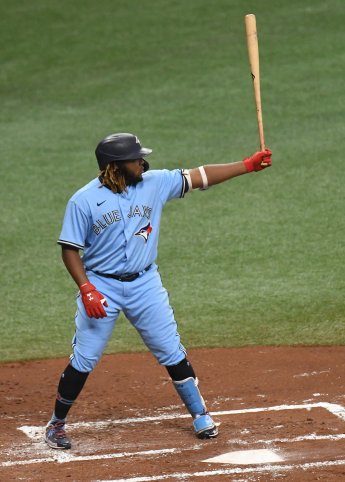 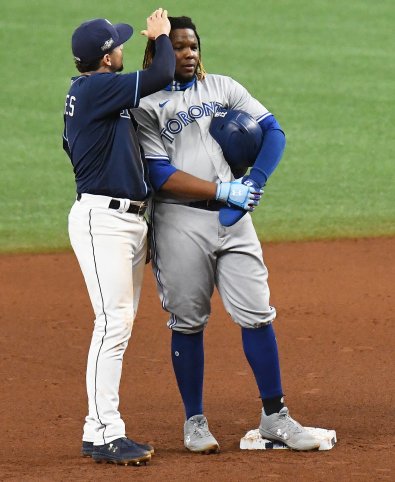 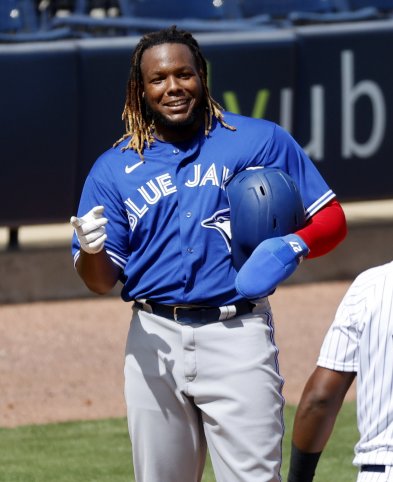 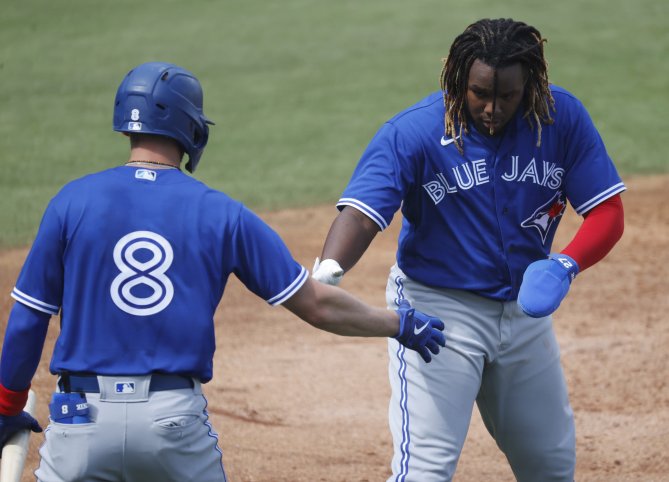 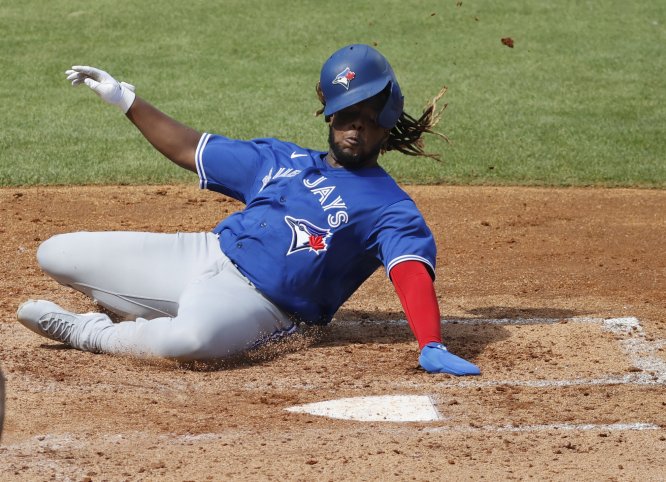