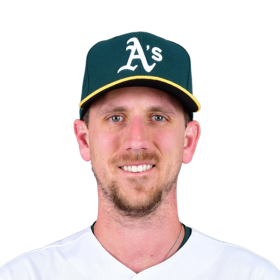 ALS is a horrendous disease attacking the neuromuscular system of the body, slowly and systematically rendering the person paralyzed and unable to breathe. The journey is emotionally exhausting for family and friends as you watch your loved one wither away, becoming trapped in their bodies. As awful as this disease is and with the extraordinary medical advances giving us unprecedented views into the human body, a new drug for ALS hasn’t made it to market since 1995, leaving those with ALS and their families with little hope. ALS is classified as a rare disease with a much smaller population (20,000 US) of people effected than that of cancer (2 million US). Thus, the profit potential of an ALS drug is limited and companies tend to invest where the profit potential is greatest. Further accentuating the hopelessness is the lack of any ALS Biomarker, which is critical for drug development. There is no test for ALS. It is sadly the disease you have when you fail all the known disease tests for AIDS, MS, Parkinson’s etc. Following the passing of my dear wife Gretchen in May of 2018, I made good on a promise to her to work towards a cure for ALS so “nobody would have to suffer my (Gretchen’s) fate.” I have created a not-for-profit organization, known as the ALS CURE Project, to lead research towards a laser focused goal of coming up with a cure for ALS. As an 100% volunteer-based organization, we can operate this effort, without any ALS CURE Project employees. I work for ALS CURE Project gratis and expect to continue in that manner such that all funding raised will go directly towards our one goal of curing ALS from humanity. I have personally socialized the business model with researchers from biotech and pharma companies, ALS clinical researchers, ALS patients, and external business leaders. The approach appears to be very promising and the notion of this program is bringing hope to the ALS community which hasn’t had a new ALS drug developed since 1995.

get involved
Players for the Planet

Players for the Planet was founded by Major League Baseball player Chris Dickerson with the goal of uniting professional athletes to create positive change for our environment. As an organization, PFTP works to connect professional athletes, sports teams, and organizations with actionable opportunities to serve and protect our natural world and the environment. It is our ultimate goal to support the professional sports industry in becoming a leading example of ecologically conscious, environmentally responsible, and sustainable practices worldwide.

In 2015, his regular season totals in the major leagues included a .305 batting average, .359 on-base percentage, .494 slugging percentage, seven home runs and 39 RBI. Ready for game action in time for the playoffs, Piscotty's first playoff appearance was in the National League Division Seri...

In 2015, his regular season totals in the major leagues included a .305 batting average, .359 on-base percentage, .494 slugging percentage, seven home runs and 39 RBI. Ready for game action in time for the playoffs, Piscotty's first playoff appearance was in the National League Division Series (NLDS) against the Chicago Cubs. There, he hit both his first career postseason home run and double in a 4–0 win. The Cardinals lost the NLDS in four games, but Piscotty batted .375 with 1.000 SLG, three home runs and six RBI in four games. He tied for sixth in the National League Rookie of the Year Award voting, and was the franchise's Minor League Player of the Year for 2015.

On May 15, 2018, in his first game back after returning from bereavement leave following the death of his mother, Piscotty hit a home run. Piscotty hit 27 home runs and drove in 88 runs in his first year with the A's, both career highs. Following the season, he won the Tony Conigliaro Award. 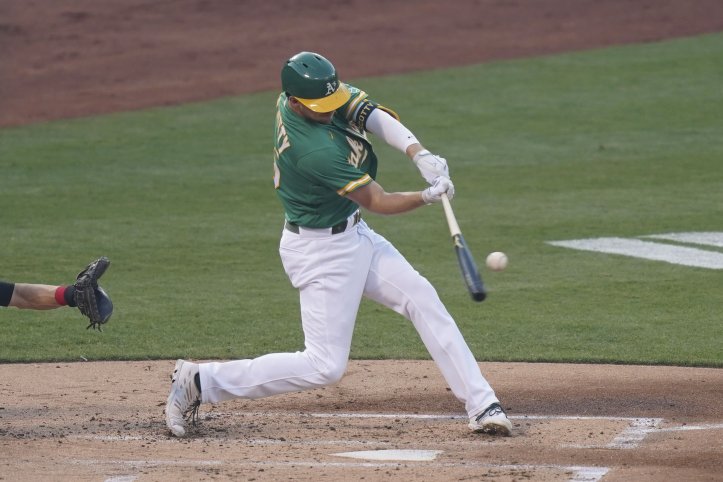 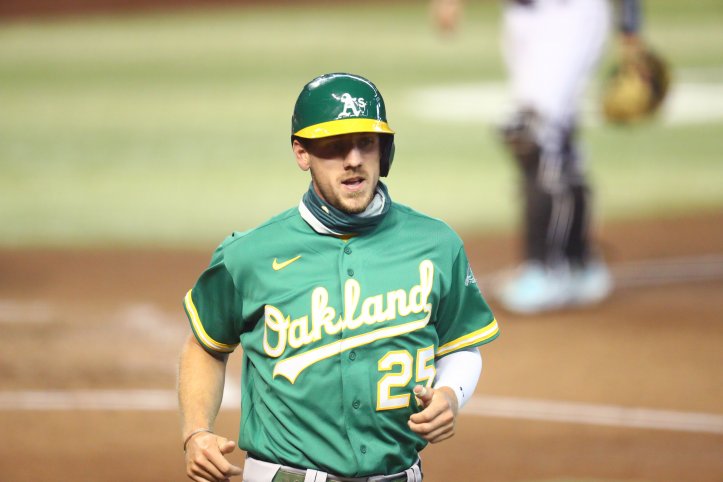 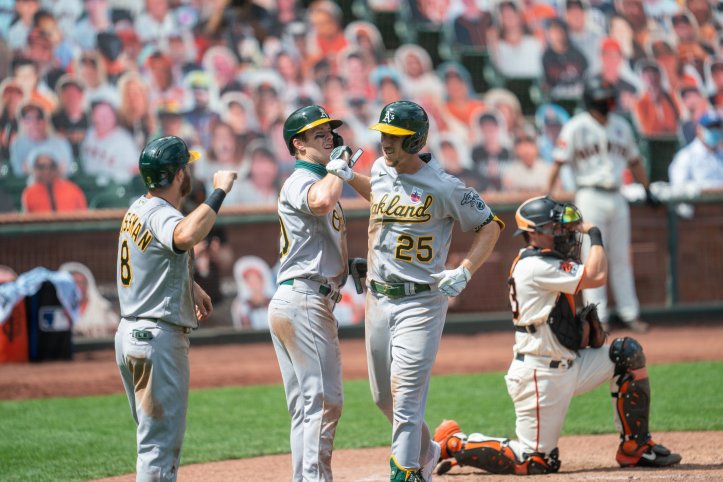 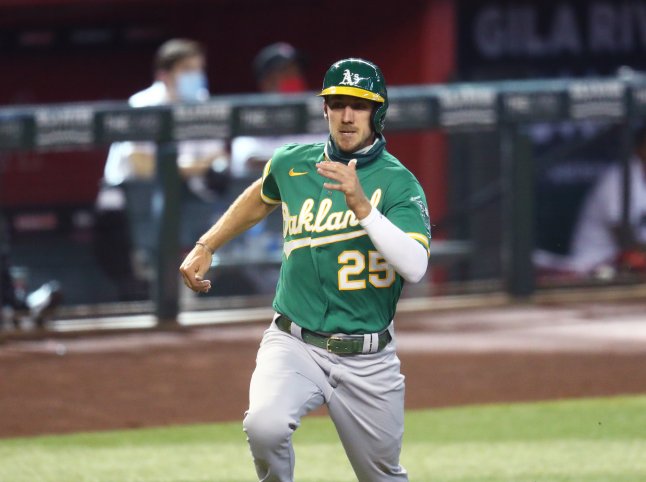 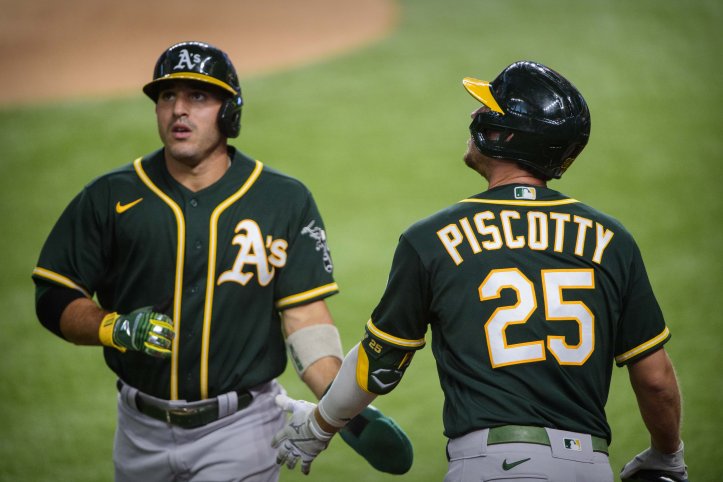 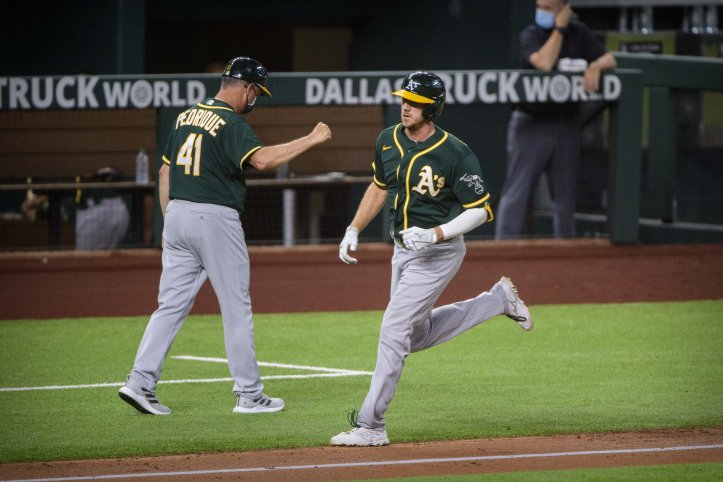 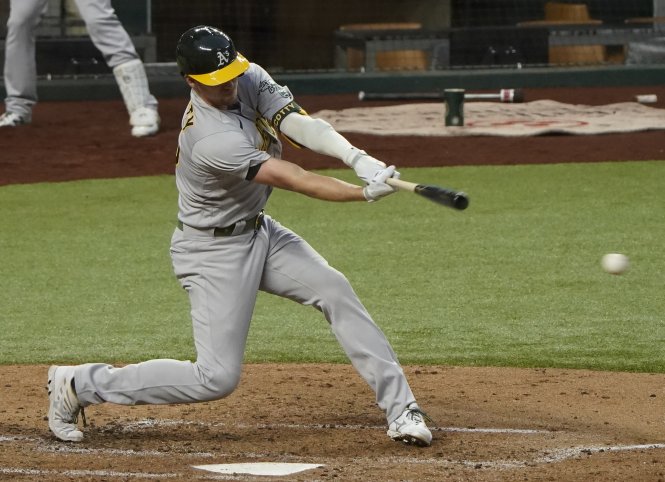 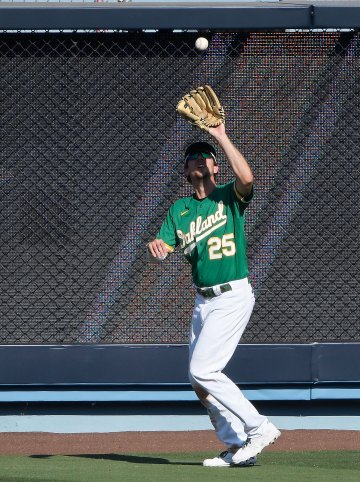 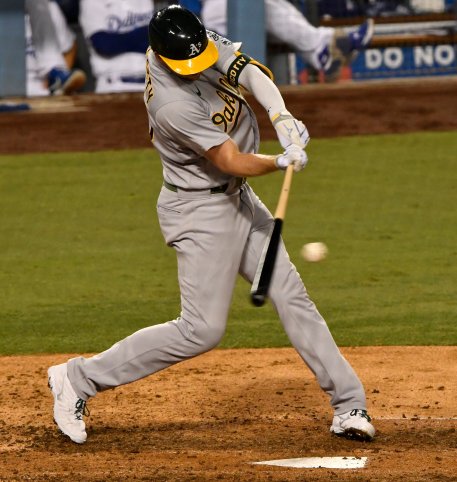