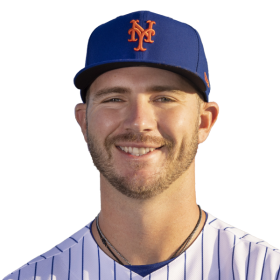 BEING A VOICE AND STANDING UP FOR THOSE WHO CAN’T SPEAK FOR THEMSELVES IS MORE THAN JUST A TAGLINE; IT’S WHO WE ARE AND WHAT WE DO.

get involved
Homers for Heroes Foundation

We want to recognize the outstanding work of those who generally go unnoticed and inspire others to go out in their community and do the same. This charitable foundation will provide support for those in need – everything from support for medical procedures and research to providing new computers for a classroom.

In honor of the Newark Accords, the Foundation raises funds to benefit programs and service that have the biggest impact for the community.

Thanks to generous supporters like you, North Shore Animal League America has saved the lives of more than 1,100,000 dogs, cats, puppies, and kittens. Many have been the victims of abuse and neglect.

He chose to attend the University of Florida, ...

He chose to attend the University of Florida, where he played college baseball for the Florida Gators as a first baseman. He was named All-Southeastern Conference in his freshman year. In 2016, his junior year, he hit .374/.469/.659 with 14 home runs and 60 RBIs in 58 games.

The New York Mets selected Pete Alonso in the second round, with the 64th overall selection, of the 2016 Major League Baseball draft. Alonso signed with the Mets for a $909,200 signing bonus and spent 2016 with the Brooklyn Cyclones of the Class A-Short Season New York-Penn League, where he posted a .322 batting average with five home runs and 21 RBIs in thirty games. Alonso was chosen to participate in the league's All-Star Game. Alonso began the 2017 season with the St. Lucie Mets of the Class A-Advanced Florida State League and batted .286 with 16 home runs and 58 RBIs in 82 games. He was promoted to the Binghamton Rumble Ponies of the Class AA Eastern League in August, where he batted .311 with two home runs and five RBIs in 11 games

MLB.com ranked Alonso as New York's fourth-best prospect going into the 2018 season. He began the 2018 season in Binghamton, Alonso won the Joe Bauman Home Run Award. That season, Alonso was the final batter in Cashman Field history, as he hit a walk-off home run in the bottom of the 9th inning during the last baseball game played at the facility. Alonso made the Mets Opening Day roster in 2019 as the starting first baseman. Alonso was in the team's starting lineup on Opening Day and recorded his first major league hit against Washington Nationals pitcher Justin Miller in the eighth inning. He hit his first major league home run on April 1 off of Drew Steckenrider of the Miami Marlins.

On April 9, Alonso had his first career multi-home run game against the Minnesota Twins. Alonso became the first player in MLB history (since 1900) to have at least 11 extra-base hits in his first 10 career games. No other player ever had more than nine. In April, Alonso batted .292 with nine home runs, 8 doubles, 1 triple and 26 RBIs in his first games in the big leagues. Alonso won the National League Rookie of the Month Award for this feat.

On August 15, Alonso, in a 10–8 win over the Atlanta Braves, hit his 39th home run, tying Bellinger for the most home runs by a rookie in National League history. Alonso finished the game with a career-high five hits and six RBIs. He broke Bellinger's record on August 18 with his 40th home run in an 11–5 win against the Kansas City Royals. On August 27, Alonso hit his 42nd home run to become the Mets all-time single-season home run leader, surpassing Carlos Beltrán and Todd Hundley. He is the first rookie to set his franchise's single-season home run record since Johnny Rizzo did it for the Pittsburgh Pirates in 1938.

On September 27, Alonso hit his 52nd home run of the season, tying Aaron Judge for the most home runs by a rookie in MLB history. He hit his 53rd the next day to break Judge's record. Alonso's 415-foot solo shot was hit off of Atlanta Braves starter Mike Foltynewicz. His 53 home runs led all of Major League Baseball for the 2019 season. He led all rookies in RBI with 120 for the 2019 season. He was named the 2019 NL Rookie of the Year on November 11, 2019.

In 2021, Alonso won his second straight Home Run Derby after defeating Baltimore Orioles first baseman Trey Mancini 23–22 in the final round. He became the third player ever to win back-to-back Home Run Derbys, as well as the fourth player to win two Home Run Derbys (after Ken Griffey Jr., Prince Fielder, and Yoenis Céspedes). Newsday Mets beat writer Tim Healey noted Alonso has earned $2 million from winning the Home Run Derby twice while making $1.47 million from 2019–2021 in base salary while playing for the Mets.

On September 7, Alonso hit his 100th career home run off Miami Marlins pitcher Edward Cabrera. He accomplished the feat in 347 games, becoming the second-fastest player to reach 100 career home runs behind Ryan Howard, who did it in 325 games.

On July 10, 2022, Alonso was named to the 2022 MLB All-Star Game as a representative for the National League, the second selection of his career. He was chosen as a reserve for the squad, with St. Louis Cardinals first baseman Paul Goldschmidt starting at the position. 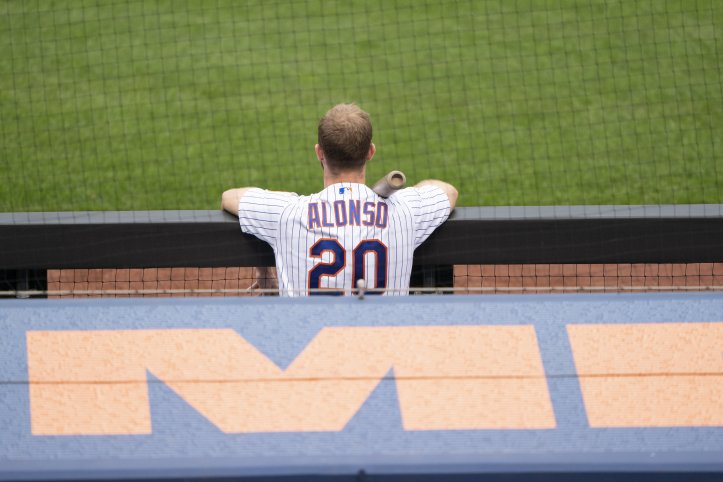 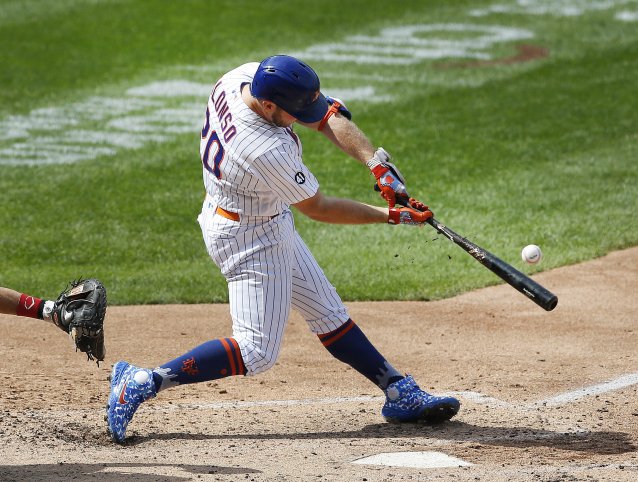 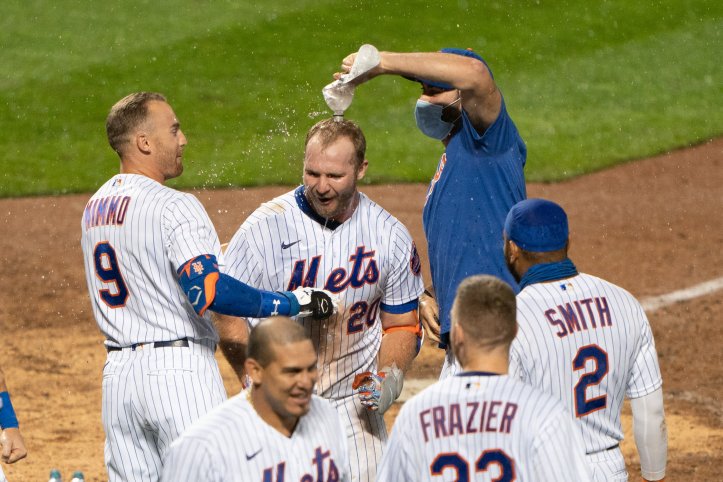 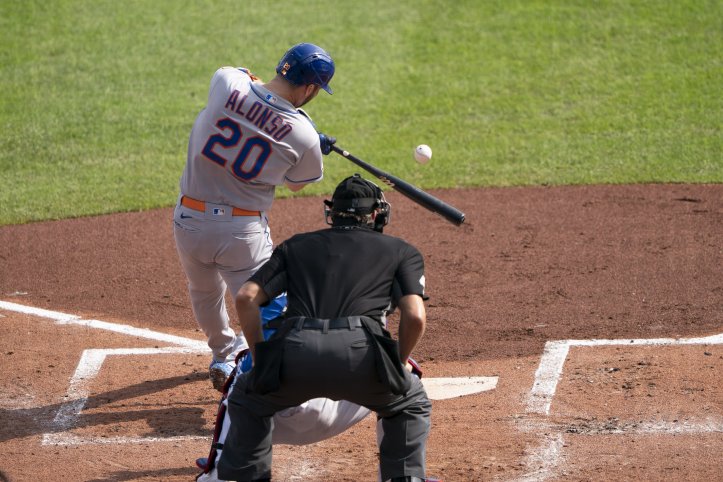 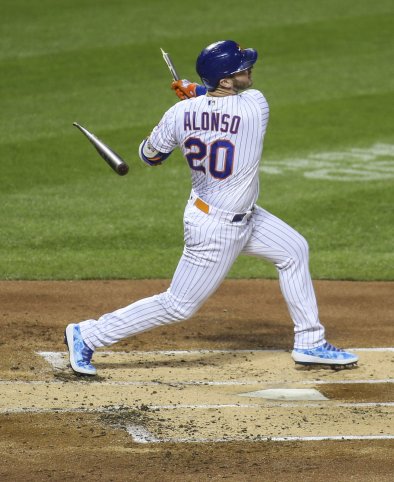 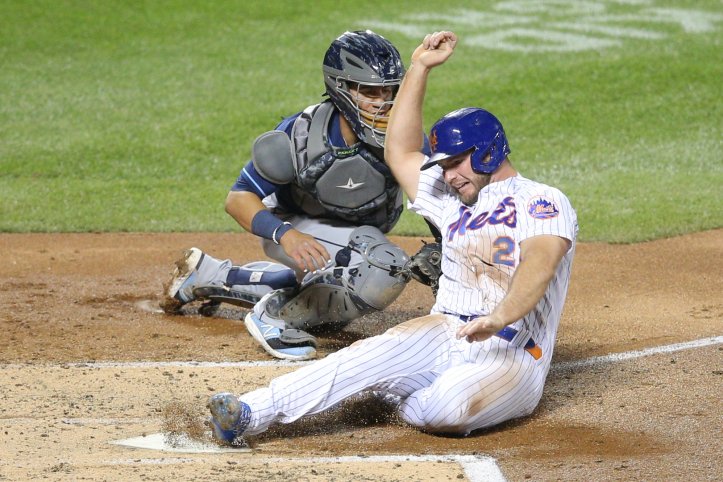 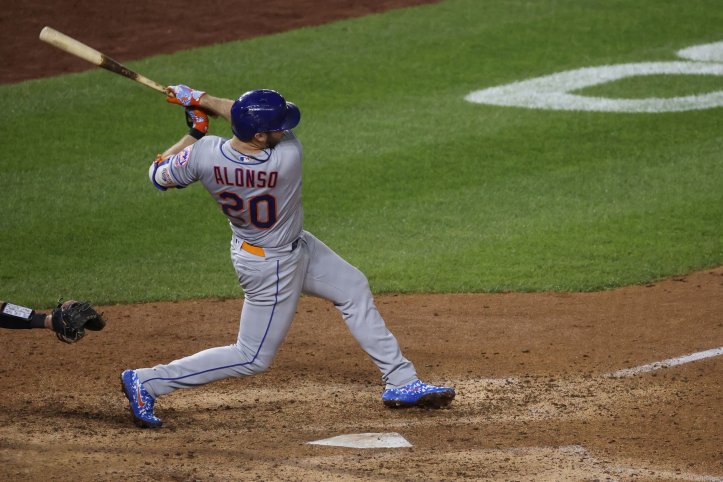 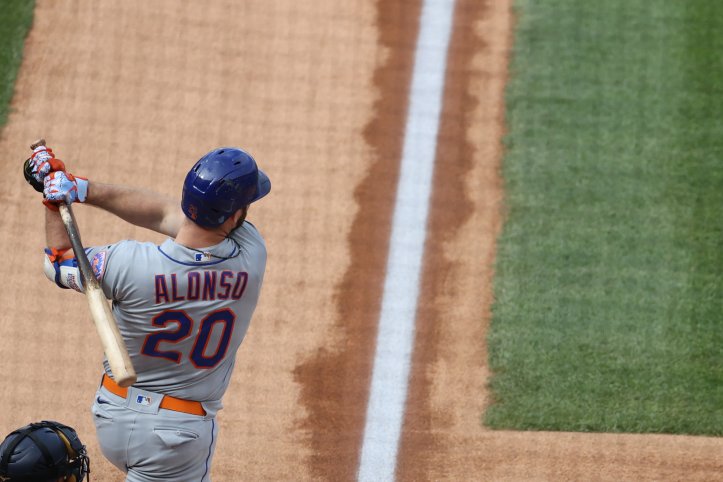 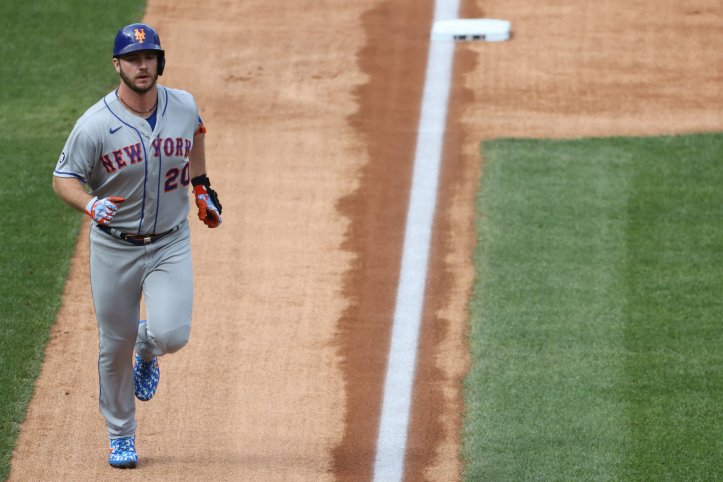 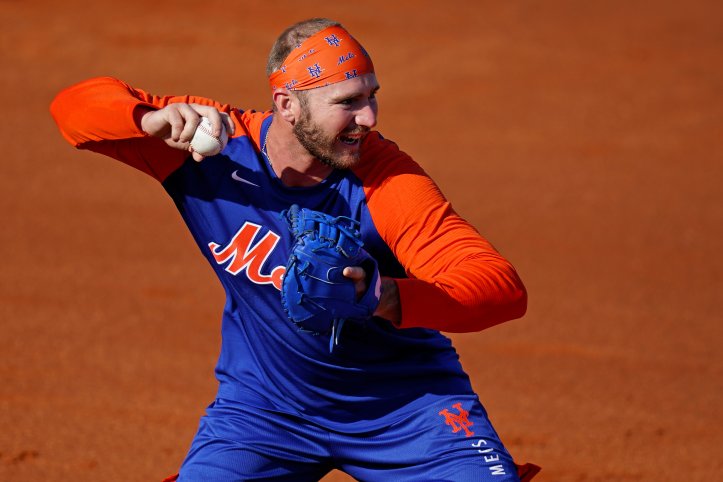 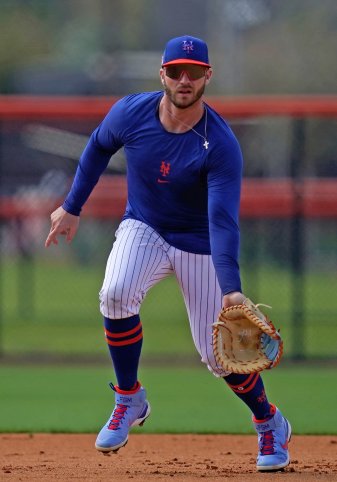 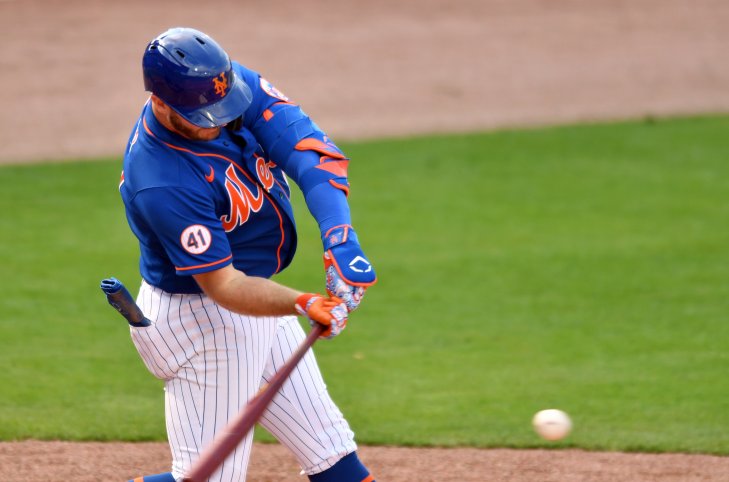 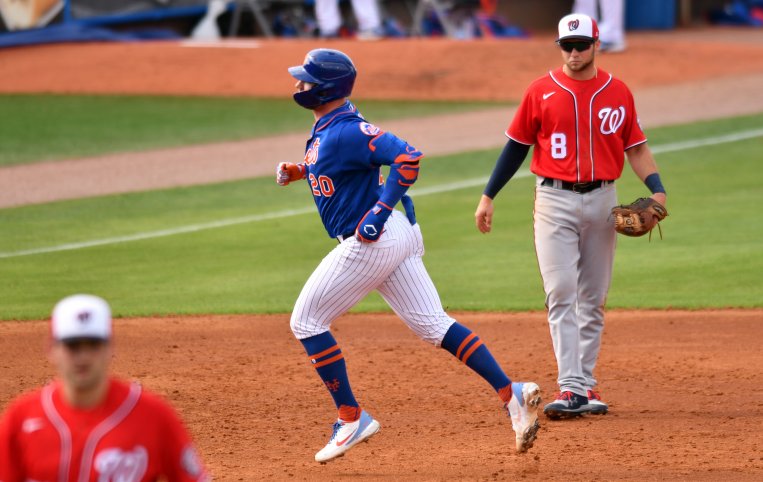 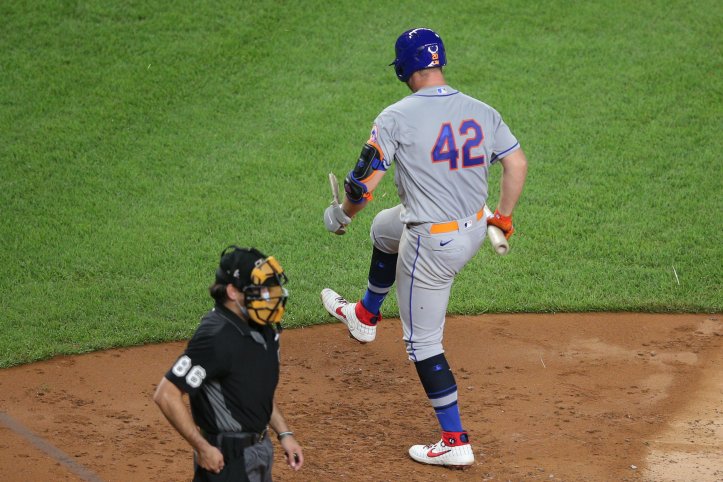