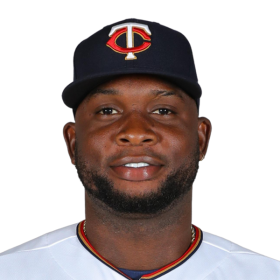 Pedro’s commitment to providing support, assistance, and educational programs that positively impact the lives of children and families in vulnerable communities began with a donation of land. In 2007, the first program launched – Hay Poder en Aprender (There is Power in Learning) and brought new life to the community. Each day, children who otherwise faced abuse, teen pregnancy, or crime, raced through the doors to receive education and healthy meals, participate in arts, sports, and recreation, and most importantly, to feel loved. With a holistic approach to education, our children began developing a sense of identity and empowerment while learning valuable vocational and life skills.

He chose to play baseball with the name Sanó, his mother’s family name, rather than his father's, which is Jean, out of respect to the Dominican Republic. He was discovered at a young age, and worked with scouts to develop his talent.

He chose to play baseball with the name Sanó, his mother’s family name, rather than his father's, which is Jean, out of respect t...

He chose to play baseball with the name Sanó, his mother’s family name, rather than his father's, which is Jean, out of respect to the Dominican Republic. He was discovered at a young age, and worked with scouts to develop his talent.

On September 29, 2009, Sanó said he would sign a Major League Baseball contract with the Minnesota Twins, which included a $3.15 million signing bonus. The bonus was the largest for a Latin American player from outside of Cuba in 2009, and the second highest bonus ever for a Dominican amateur, second only to the $4.25 million the Oakland Athletics paid right-handed pitcher Michael Ynoa in 2008. It was also the highest international signing bonus in Twins history, more than the Twins spent on 70 international prospects from 2006-2008 combined. Sanó’s deal surpassed the $3 million the Yankees gave catcher Gary Sánchez. The contract was contingent upon Sanó receiving a visa from the United States.

Sanó is one of the subjects of the 2012 documentary Ballplayer: Pelotero. The film follows Sanó through his controversial signing period in 2009. The film is directed by Jonathan Paley, Ross Finkel and Trevor Martin, narrated by John Leguizamo, and produced by Bobby Valentine. It premiered at the Hamptons International Film Festival in 2011 and had a theatrical release in theaters in New York, Los Angeles and Minneapolis in July 2012. The film was screened from July 13–19 in Minneapolis by the Film Society of Minneapolis/St. Paul in the St. Anthony Main Theater.

Before the 2011 season Baseball America rated Sanó the third-best prospect in the Twins' minor league system. Sanó spent 2011 playing third base and shortstop for the Elizabethton Twins, the Twins affiliate in the Appalachian League, hitting .292 with 20 HR and 59 RBI. After the 2011 season Baseball America rated him the top prospect in the Appalachian League, the 18th-best prospect in all of baseball, and (agreeing with Baseball Prospectus) the top Twins prospect.

Sanó spent 2012 with the Class-A Beloit Snappers of the Midwest League. He transitioned fully to third base, and general manager Terry Ryan said the team hoped to move Sanó closer to the major leagues soon. Still, his developing defense and propensity for striking out had the Twins making sure not to rush his path through the minors. Sanó hit .258 with a .373 OBP, and led the Midwest League with 28 HR and 100 RBI. After the 2012 season, Baseball America rated Sanó the second-best prospect in the Midwest League and the top Twins prospect, and Baseball Prospectus rated him the second-best Twins prospect. MLB.com rated him the 12th-best prospect in the game, as well as the top third-base prospect.

On June 9, 2013, Sanó and Eddie Rosario were promoted to the New Britain Rock Cats of the Class AA Eastern League. He compiled 35 home runs, 103 RBI, and a .280 batting average. At the end of the 2013 season, MLB.com ranked him the third-best prospect in the league, and second in the Twins organization, behind only Byron Buxton. The Twins invited Sanó to spring training in 2014. During spring training he tore his ulnar collateral ligament and required Tommy John surgery. He missed the 2014 season in recovery. Sanó began the 2015 season with the Chattanooga Lookouts of the Class AA Southern League, and batted .274 with 15 home runs and 48 RBIs through the end of June.

The Minnesota Twins promoted Sanó to the major leagues. He recorded a hit in his major league debut on July 2, 2015. Sanó played primarily as a designated hitter. He won the American League (AL) Rookie of the Month Award for August 2015,and hit 18 home runs in 80 games for the Twins for the season. He finished third in the AL Rookie of the Year Award balloting. After the 2016 season Sanó began working to become a right fielder. After being blocked from his usual position of third base and with Joe Mauer entrenched at first base, Sanó began the 2016 season as the Twins' right fielder. He was placed on the disabled list on June 1 with a strained hamstring and brought back about a month later. He finished the season at third base after Trevor Plouffe was injured, and ended his season with 25 home runs and 66 RBI despite striking out 178 times in 437 at-bats.

On April 3, 2017, Sanó hit a solo homer, drew a bases-loaded walk, and scored two runs in the Opening Day game against the Kansas City Royals. On April 22 he took exception after Matthew Boyd threw a pitch behind him. Sanó was ejected after shoving James McCann, which also sparked a benches-clearing incident. On June 29 Sanó finished runner-up to Aaron Judge in the Home Run Derby. In 114 games of 2017, Sanó finished with a .264 batting average, 28 home runs, and 78 RBI.

Sanó missed most of May 2018 due to a hamstring problem. In his first 37 games he compiled a .203 batting average, seven home runs, and 27 RBI. On June 14 he was demoted to Class-A Advanced Fort Myers. On July 20 he was promoted to Class AAA Rochester Red Wings, and on July 27 he rejoined the Twins after Eduardo Escobar was traded to the Arizona Diamondbacks. By the end of the season, Sanó hit .199 with 13 home runs and 41 RBI.

On January 10, 2020, Sanó signed a three-year extension with the Minnesota Twins. 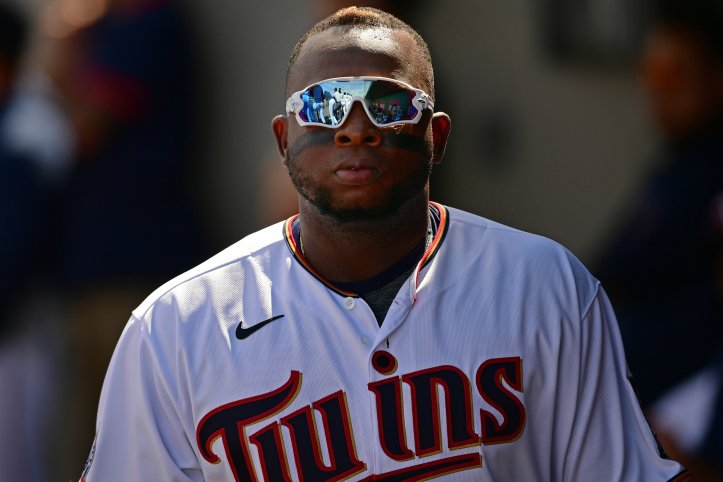 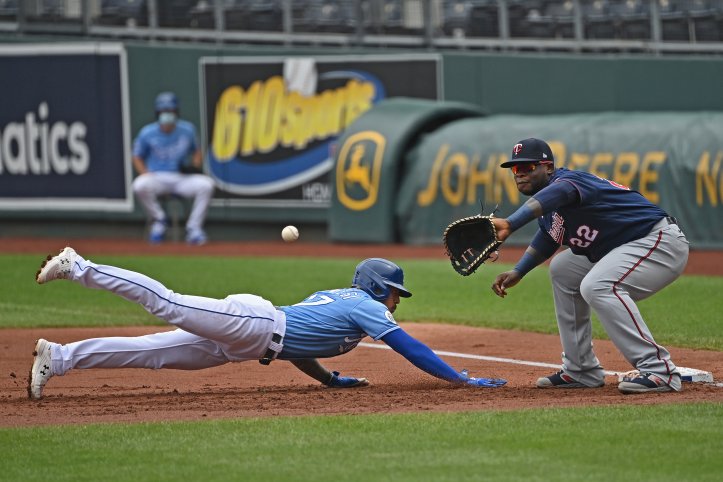 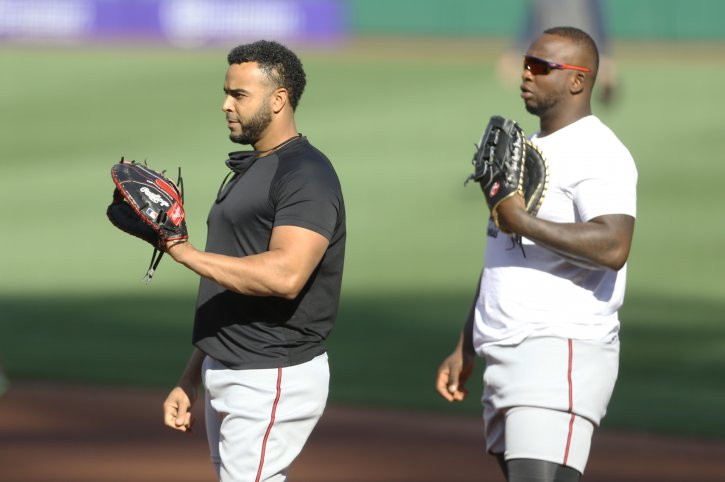 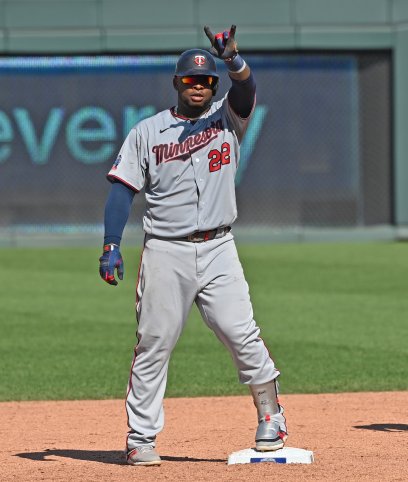 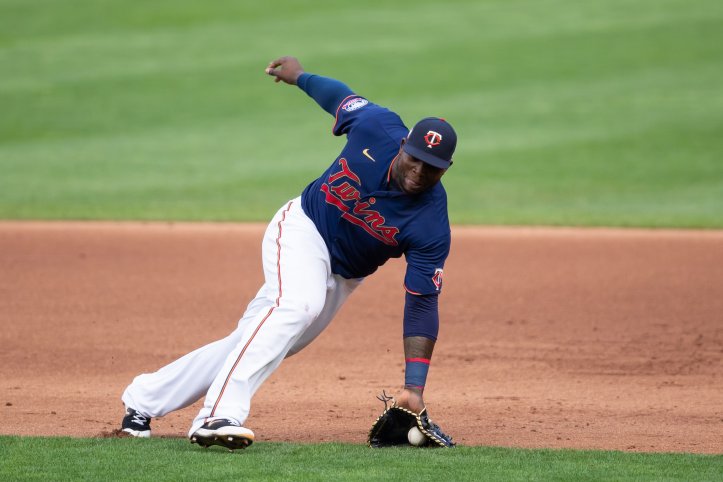 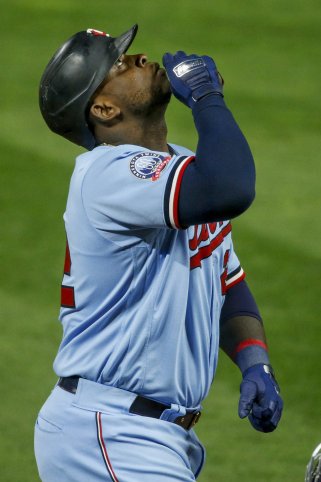 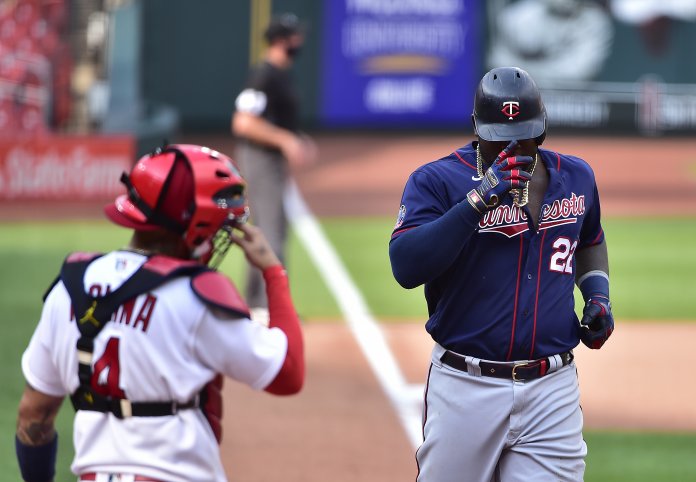 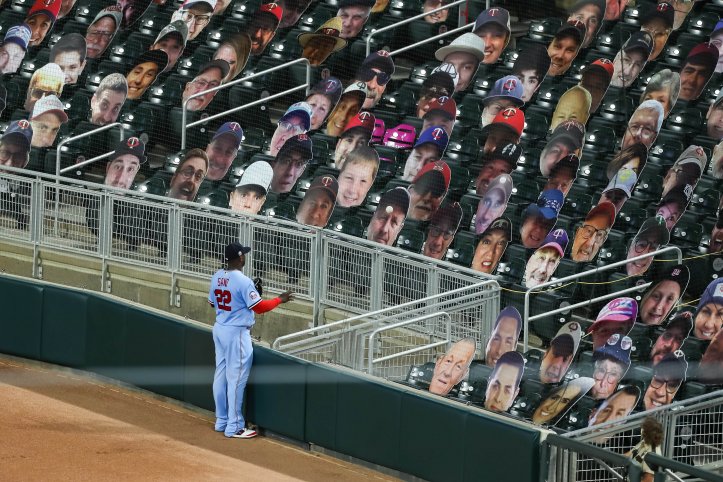 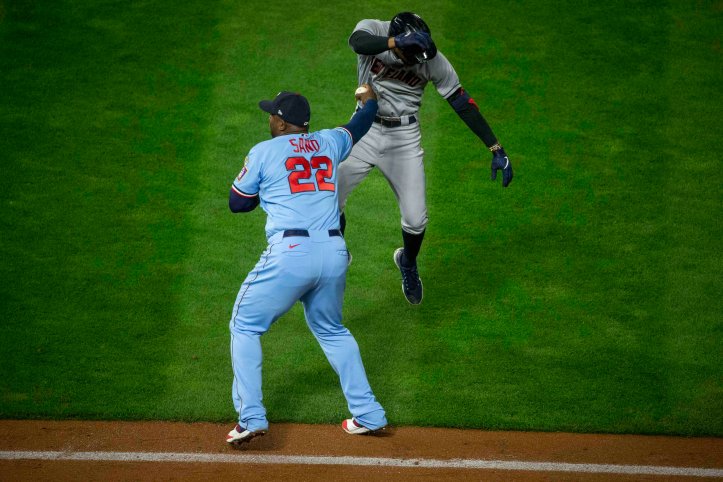 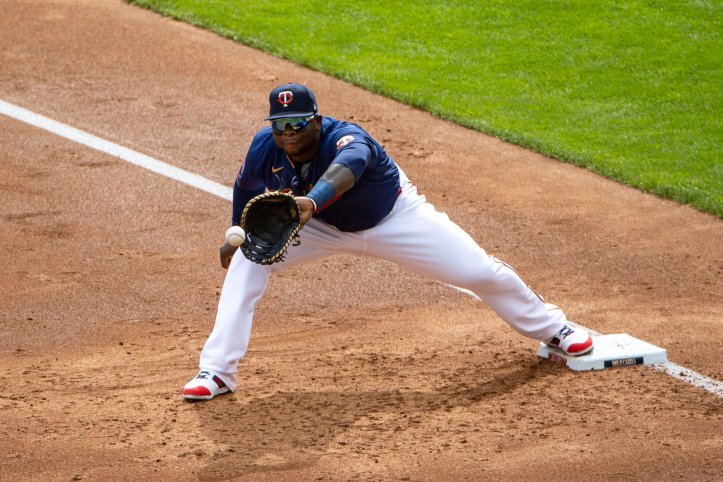 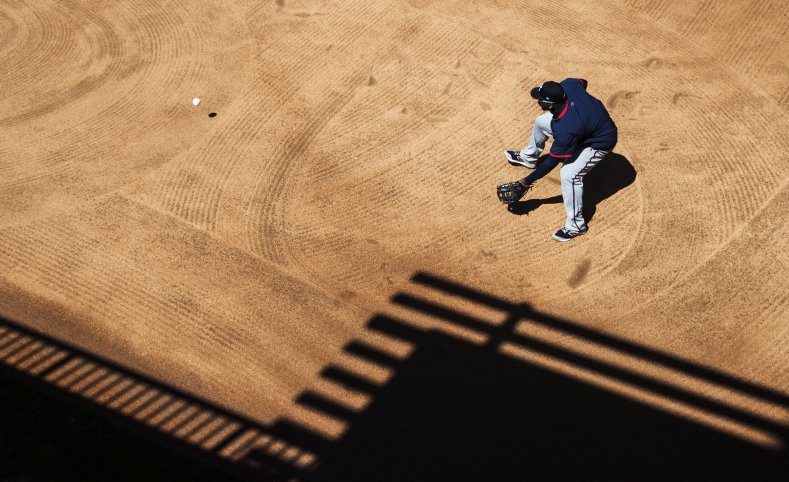 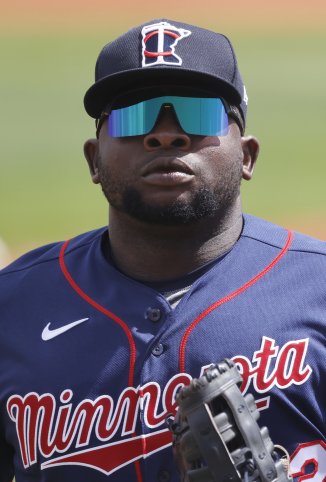