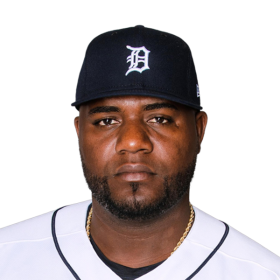 Pineda grew up in Yaguate, Dominican Republic. His father is a welder and his mother is a hair stylist. Pined...

Pineda grew up in Yaguate, Dominican Republic. His father is a welder and his mother is a hair stylist. Pineda is the oldest of five children. Pineda's family lives in the Dominican Republic. While pitching for the Mariners in 2011, he roomed with Navarro, who had become the Mariners' bullpen coach. He makes an effort to conduct his interviews in English, without the use of a translator, though he still receives some assistance from Yankees' teammate Dellin Betances and Yankees translator Marlon Abreu.

Pineda signed with the Seattle Mariners of Major League Baseball (MLB) at age 16 on December 12, 2005. He received a $35,000 signing bonus. Pineda made his professional debut with the Mariners of the Rookie-level Dominican Summer League (DSL) in 2006, pitching to a 2–1 win–loss record with a 0.44 earned run average (ERA), allowing only one earned run all season. In 2007, he had a 6–1 record with a 2.29 ERA in regular action for the DSL Mariners. Pineda pitched for the Wisconsin Timber Rattlers of the Class-A Midwest League in 2008 and had an 8–6 record with a 1.95 ERA. Opponents had a batting average of .216 against Pineda. He led the Seattle farm system in ERA, opponent average and strikeouts (128). Baseball America rated Pineda as the Mariners' tenth best prospect while the Mariners organization named him their Minor League Pitcher of the Year. Wisconsin pitching coach Jaime Navarro became Pineda's mentor.

Pineda battled injuries during the 2009 season, missing most of the year due to elbow strain. He was 4–2 with a 2.84 ERA for the High Desert Mavericks of the Class A-Advanced California League while healthy and threw three shutout innings for the Mariners of the Rookie-level Arizona League. He struck out 52 in 47 1⁄3 innings pitched (IP) for the year.

Before the 2010 season, Baseball America ranked Pineda as the Mariners' sixth best prospect. Back in good health in 2010, Pineda was 8–1 with a 2.22 ERA for the West Tenn Diamond Jaxx of the Class-AA Southern League with 78 strikeouts and 17 walks in 77 IP and 3–3 with a 4.76 ERA for the Tacoma Rainiers of the Class-AAA Pacific Coast League with 76 strikeouts and 17 walks in 62 1⁄3 IP. The Mariners front office ended his season when he reached 140 IP as a precaution against injury. The Mariners again named Pineda their Minor League Pitcher of the Year in 2010, and he was a finalist for the USA Today Minor League Player of the Year.

Pineda made the Mariners' starting rotation out of spring training 2011 as the number five starter, the third youngest player on a 2011 American League opening day roster after Chris Sale and Tim Collins. He made his MLB debut on April 5, giving up three runs in six innings in a loss. Pineda pitched 7 1⁄3 innings, allowed two runs, struck out seven batters, and earned his first MLB win on April 12, 2011. Pineda struck out a career high nine batters against the Detroit Tigers on April 28, including the first four batters he faced. He ended his first month in the majors with a 4–1 record and a 2.01 ERA. He was named American League Rookie of the Month for April 2011, pitching at least six innings in his first five starts, giving up only 22 hits and 12 walks over 31 1⁄3 innings, while striking out 30 opposing batters.

Pineda was selected to the All-Star Game on July 10 as a replacement for Justin Verlander, who was ineligible to pitch in the All-Star Game due to having pitched the day before the All-Star break. He was 8–6 at that point, but with a 3.03 ERA and 113 strikeouts in 113 innings, against only 36 walks. In the All-Star Game, Pineda pitched one perfect inning, striking out Scott Rolen and Rickie Weeks.

Pineda finished the 2011 season with a 9–10 record and a 3.74 ERA. He recorded no wins in his final seven starts over the last two months of the year, and the Mariners cut back on his work load as a precaution against an arm injury. In 28 starts, he struck out 173 hitters while walking just 55 over 171 innings. Pineda struck out 24.9% of all batters faced, which was the third highest strikeout percentage in MLB. He also finished fifth in voting for American League Rookie of the Year Award, behind Jeremy Hellickson, Mark Trumbo, Eric Hosmer, and Iván Nova, and ahead of teammate Dustin Ackley, who finished sixth. After the season, Keith Law ranked Pineda as the 20th best player under the age of 25.

The Mariners traded Pineda to the New York Yankees with José Campos, for Jesús Montero and Héctor Noesí on January 13, 2012. The Yankees needed a top-tier starting pitcher to pair with CC Sabathia, and the Mariners felt they could afford to part with Pineda because of their depth of top-tier pitching prospects, including Danny Hultzen, James Paxton, and Taijuan Walker.

Pineda began the 2013 season on the 60-day DL as he was still recovering from the shoulder surgery. He was activated from the disabled list on July 8, 2013, and optioned to the minor leagues, where he pitched for the Scranton/Wilkes-Barre RailRiders of the Class AAA International League. In six games pitched for the RailRiders, Pineda had a 1–1 record and a 3.86 ERA.

Pineda competed for a spot in the Yankees' starting rotation during spring training in 2014. He was named the Yankees' fifth starter towards the end of spring training. He made his first start for the Yankees on April 5, 2014. On April 10, 2014, during a start against the Boston Red Sox, Boston broadcasters noticed a substance that appeared to be pine tar on the palm of Pineda's pitching hand in the early innings of the game. Midway through Pineda's outing, the substance was wiped from his hand only to be added to his wrist. The umpires of the game were never notified and no action was taken against Pineda, who told reporters after the game that the substance on his hand was dirt. On April 23, 2014, during Pineda's next game against the Red Sox, Red Sox manager John Farrell notified the umpires about pine tar on Pineda's neck, and he was ejected from the game in the second inning. Pineda was suspended for 10 games for the incident. He had a 1.83 ERA in 19 2⁄3 innings pitched across his first four starts.

While pitching in a simulated game during the suspension, Pineda developed a strain in his teres major muscle, which was expected to require three to four weeks to heal. Following inflammation experienced in late May, Pineda's return was pushed back to August. The Yankees activated Pineda to start on August 13. Pineda finished the season with a 5–5 record and a 1.89 ERA in 76 1⁄3 innings.

Eligible for salary arbitration for the first time, Pineda and the Yankees agreed on a $2.1 million salary for the 2015 season. On May 10, 2015, in a win against the Baltimore Orioles, Pineda struck out a career-high 16 batters over seven innings while also walking none, breaking his previous career-high of 10 strikeouts in a single game. He also became the first pitcher since Johan Santana in 2007 with 16 strikeouts and no walks in a single game. Pineda went on the disabled list on July 30 due to a strained flexor muscle in his right forearm. He finished the season with a 12–10 record and a 4.37 ERA in 160 2⁄3 innings across 27 games started.

Pineda and the Yankees again agreed on a contract figure without going to arbitration. Pineda earned $4.3 million in 2016. Pineda finished the 2016 season with a 6–12 record and a career-worst 4.82 ERA. He made a career-high 32 starts, pitched a career-high 175 2⁄3 innings and recorded a career-high 207 strikeouts while walking only 53.

Pineda and the Yankees agreed on a $7.4 million salary for the 2017 season, his last before qualifying for free agency. During the Yankees home opener against the Tampa Bay Rays on April 10, 2017, Pineda retired the first 20 batters until giving up a double to Evan Longoria. Pineda finished with 11 strikeouts and allowed one run in 7 2⁄3 innings as the Yankees won 8–1.

On July 14, Pineda was diagnosed with a partial tear of his ulnar collateral ligament and a flexor strain in his right elbow. Prior to the injury, Pineda went 8–4 with a 4.39 ERA. He underwent Tommy John surgery on July 18, ending his season. He became a free agent after the season.

On December 13, 2017, Pineda signed a two-year, $10 million contract with the Minnesota Twins. On February 17, Pineda was placed on the 60-day disabled list while he recovered from Tommy John surgery. On August 28, 2018, manager Paul Molitor revealed that Pineda would not pitch at all in 2018 due to a torn meniscus in his right knee. 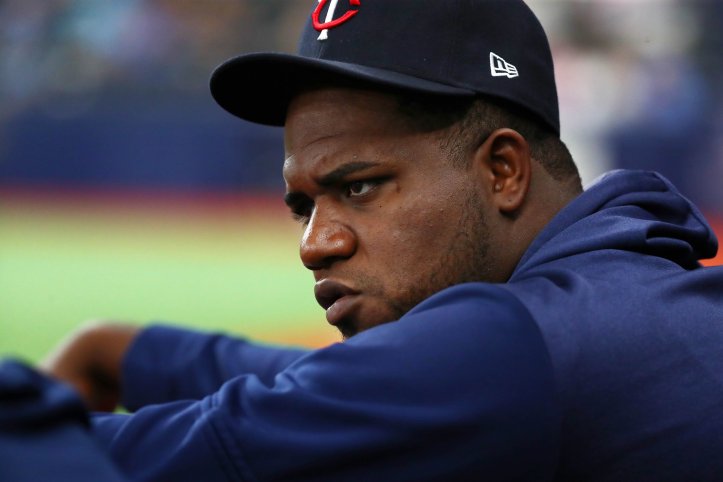 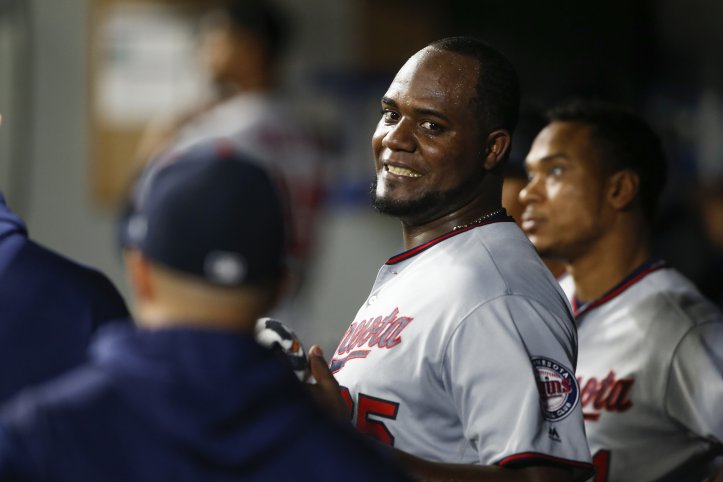 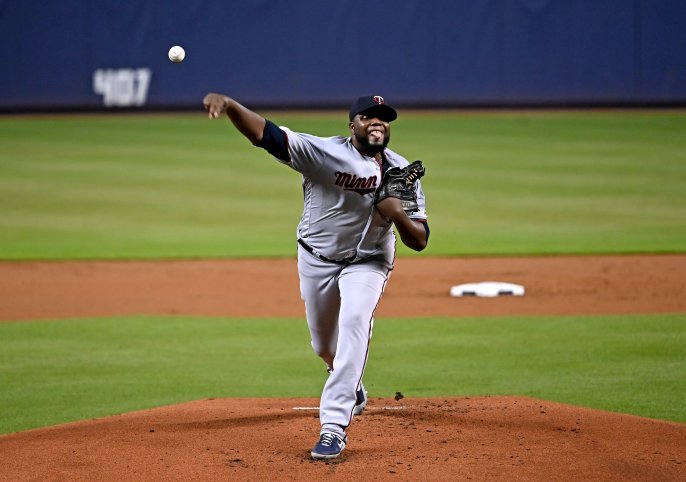 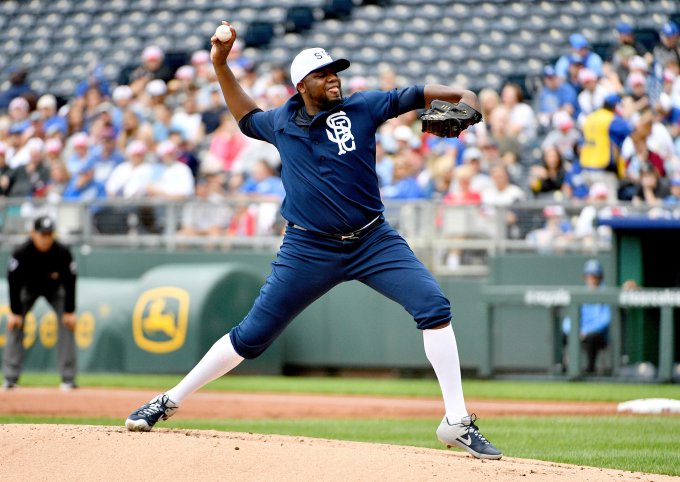 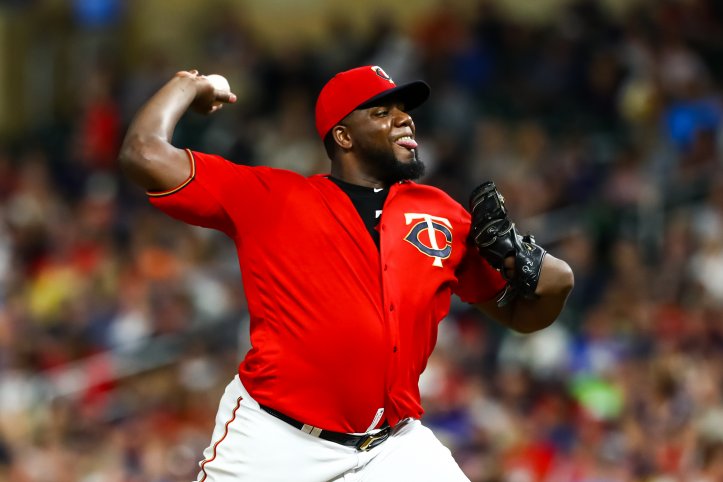 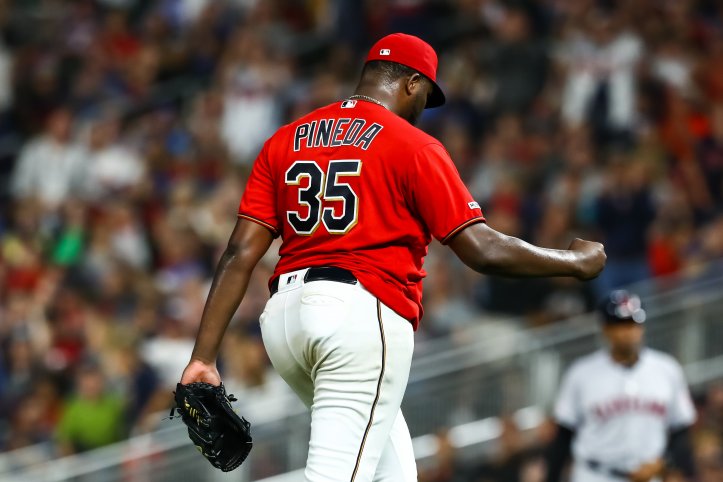 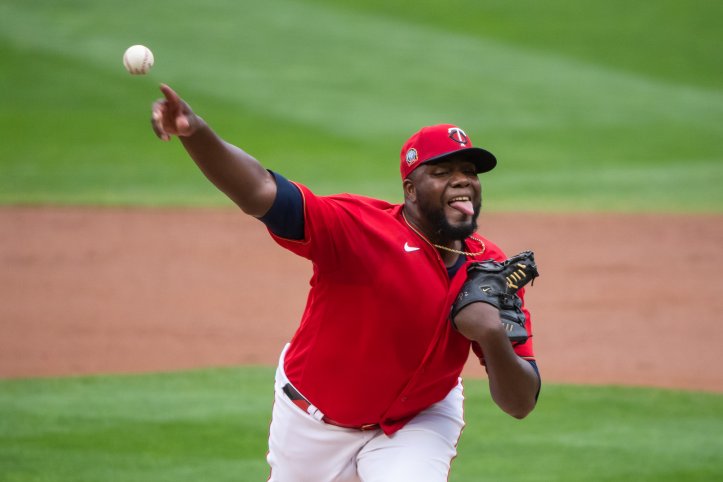 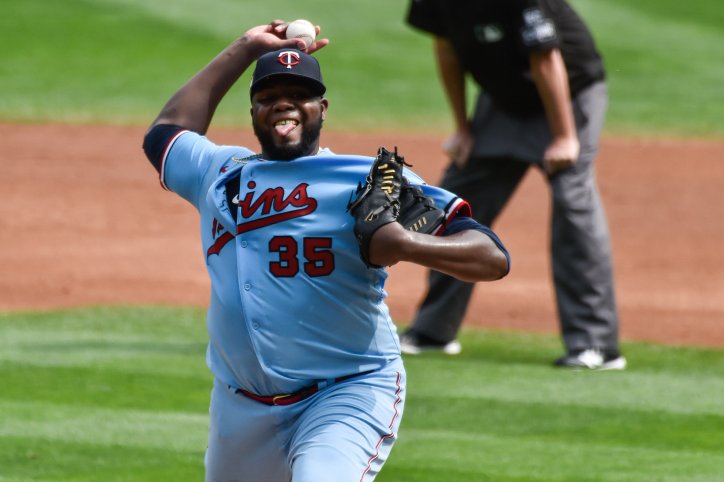