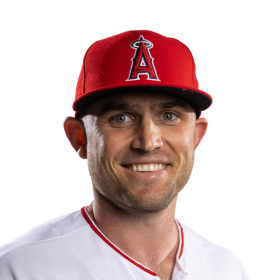 Stassi attended Yuba City High School in Yuba City, California. He played for his school's baseball team and was twice named The Sacramento Bee's player of the...

Stassi attended Yuba City High School in Yuba City, California. He played for his school's baseball team and was twice named The Sacramento Bee's player of the year. Stassi also competed for the United States national baseball team, winning gold in the 2006 Pan American Games in Barquisimeto, Venezuela, and the International Baseball Federation's 16 and Under Baseball World Championship in 2007. He finished his high school career with a .514 batting average, 40 home runs, and 162 runs batted in. Stassi committed to attend the University of California, Los Angeles (UCLA), to play college baseball for the UCLA Bruins.

Heading into the 2009 Major League Baseball (MLB) Draft, Sporting News called Stassi the best available high school catcher. Stassi made it clear that he expected a massive signing bonus to agree to a professional contract. A potential first-round pick, Stassi was not selected in the first three rounds, which Baseball America called "one of the biggest surprises" of the draft. The Oakland Athletics selected Stassi in the fourth round, with the 123rd overall selection of the draft. He received a $1.5 million bonus, a record for a fourth-round pick, forgoing his commitment to UCLA. Stassi also negotiated in his contract that the Athletics would invite him to spring training with the major league team in 2010.

Stassi played for the Vancouver Canadians of the Class A-Short Season Northwest League and batted .280/.345/.360. In 2010, he performed well at spring training, impressing team officials, who assigned him to the Kane County Cougars of the Class A Midwest League, where he batted .229/.310/.380.

The Astros promoted Stassi to the majors on August 20, 2013, to serve as a backup to Jason Castro when the Astros placed Carlos Corporán on the disabled list. Making his MLB debut that day, he recorded two hits. In his second MLB game, Stassi was hit in the face by a 96 miles per hour (154 km/h) fastball, which resulted in his being placed on the disabled list. Since the bases were loaded at the time he was plunked, he earned his first major-league RBI. Stassi began the 2014 season with the Oklahoma City RedHawks of the Class AAA Pacific Coast League (PCL). He finished the season with the Houston Astros, batting .350 (7-for-20) and driving in four runs in seven games played.

Stassi played for the Fresno Grizzlies of the PCL in 2015, before being promoted to the major leagues in August due to an injury to Castro. He played in 11 games for the Astros. Following the offseason trade of Hank Conger, Stassi entered spring training in 2016 expected to become the backup to Castro. In March, he had surgery on a fractured hamate bone in his left wrist. The Astros activated Stassi from the disabled list in May and optioned him to Fresno, where he batted 230/.294/.374.

The Astros removed Stassi from their 40-man roster in March 2017. He played for Fresno before the Astros promoted him to the major leagues when Brian McCann was injured on August 14. Stassi went on the disabled list on August 25 with left-hand inflammation caused by a blister. In 14 games in 2017, Stassi finished with 2 home runs and 4 RBIs and batted .167/.323/.458. The Astros finished the season 101-61, and eventually won the 2017 World Series, their first-ever championship. 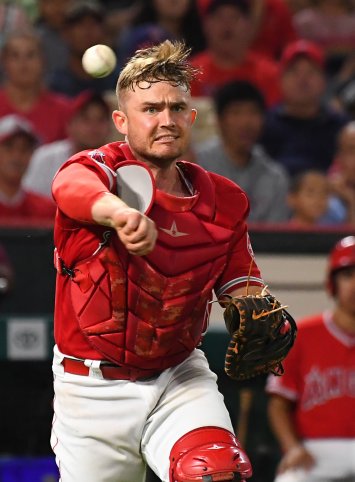 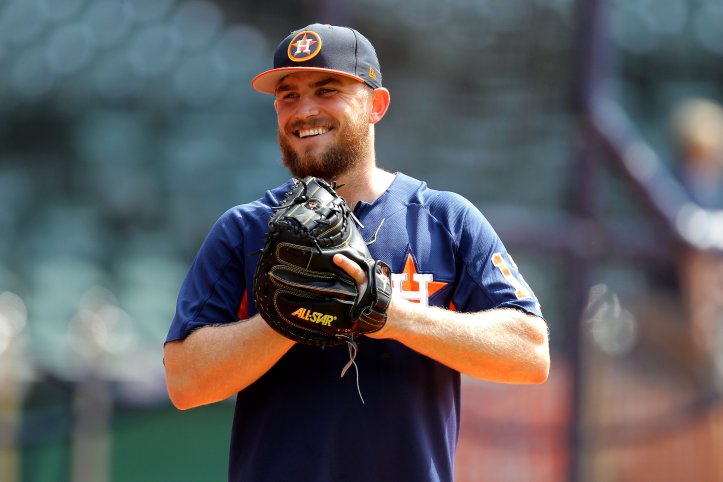 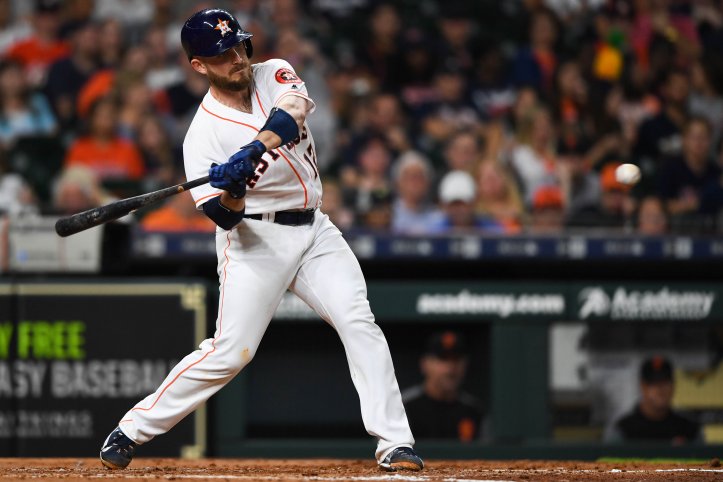 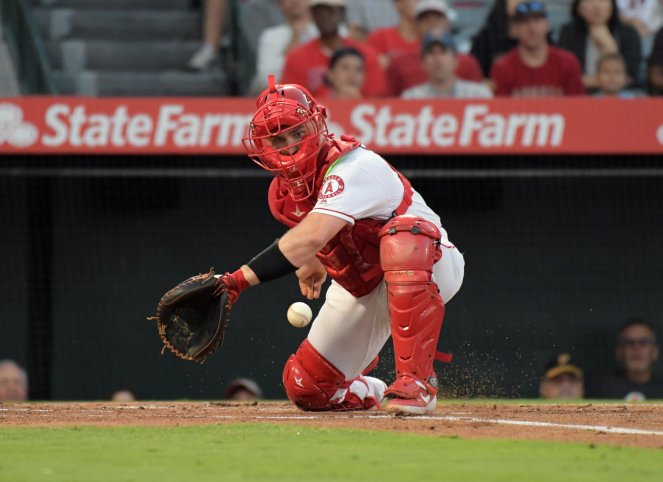 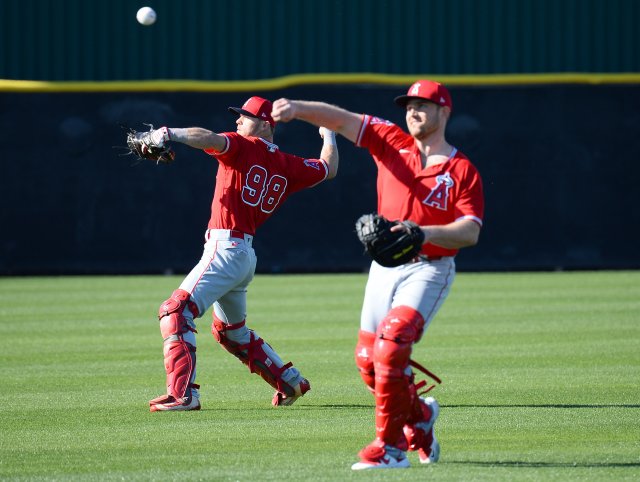 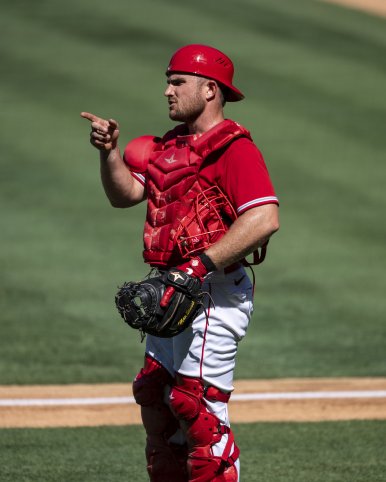 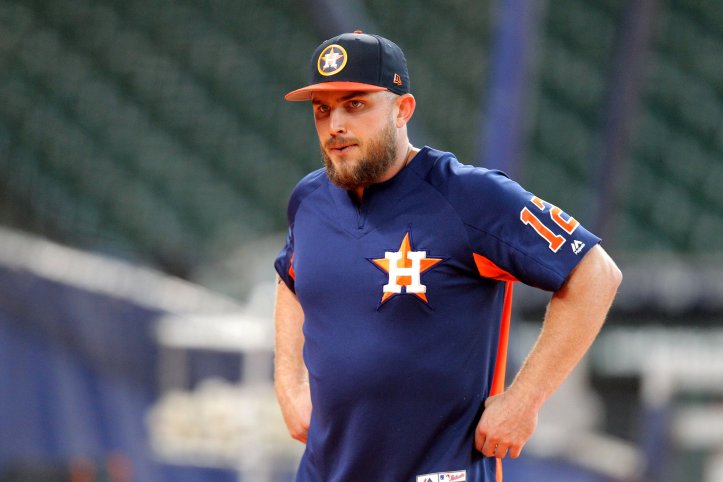 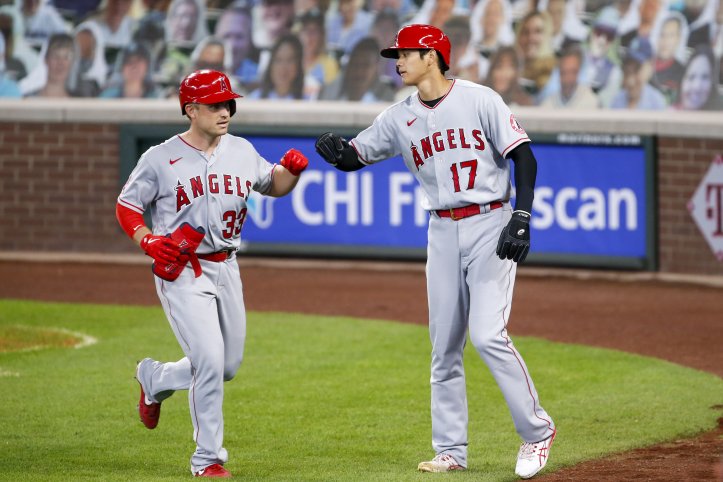 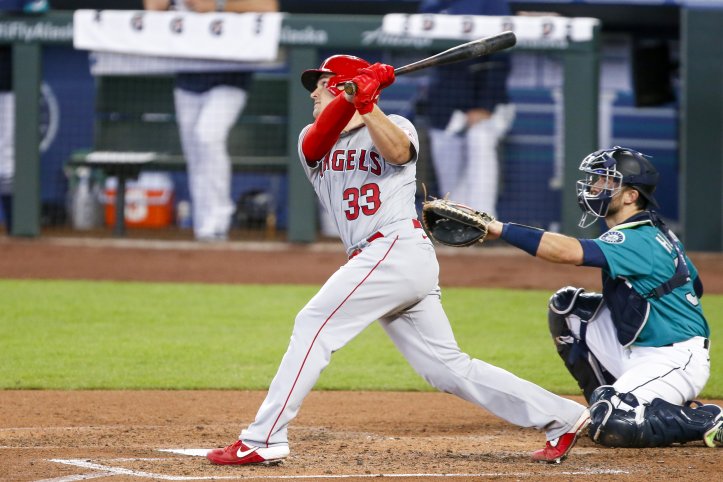 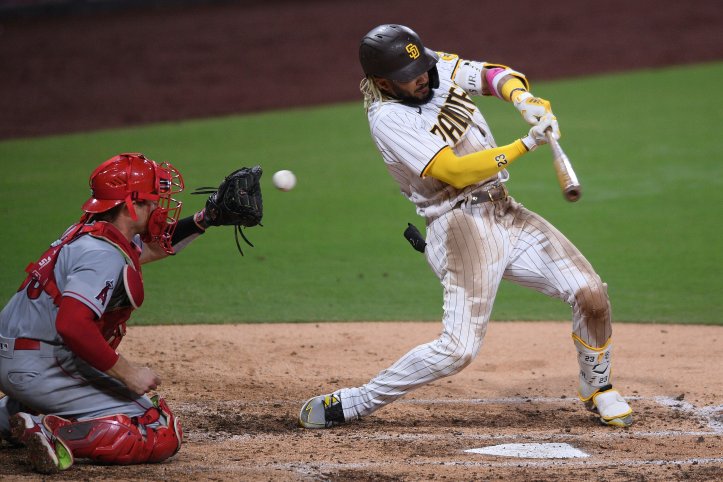