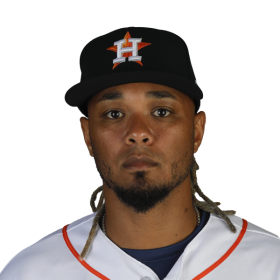 Maldonado signed a minor league contract with the Milwaukee Brewers and played for the West Virginia Power of the Class A South Atlanti...

He began the 2009 season with the Manatees but was called up to the Nashville Sounds of the Class AAA Pacific Coast League at mid-season. However, he returned to the Manatees to finish out the 2009 season. Maldonado played the majority of 2010 with Nashville but also spent time with Huntsville and Brevard County. He made his Major League debut on September 3, 2011, and played in 3 games for the Brewers after his call-up, striking out in his only at-bat.

Maldonado was called up to the Brewers yet again in May 2012 when starting catcher Jonathan Lucroy went down with a freak hand injury due to his wife dropping a suitcase on it. He played 78 games for the Brewers in 2012. He remained in the majors for the 2013 season. Maldonado is known for his involvement in an unusual play in which he hit the cover off the baseball. In a game against the Pittsburgh Pirates on April 18, 2014, Maldonado hit a ground ball to third base. However, by the time Pirates third baseman Pedro Álvarez fielded the ball, the cover had partially come off the baseball and was hanging off the side; Alvarez threw the ball to first anyway, but the ball fell apart in midair, made it to first on several hops, and Maldonado was awarded an infield hit.

On May 31, 2015, Maldonado caught a 17-inning game and also hit a walk-off home run in the bottom of the 17th against the Arizona Diamondbacks, his first career walk-off home run. On December 13, 2016, Maldonado and Drew Gagnon were traded to the Los Angeles Angels for Jett Bandy. Maldonado was named the starting catcher and played in a career-high 138 games, batting .221 with 14 home runs and 38 RBIs. He won his first Rawlings Gold Glove Award after the 2017 season.

Maldonado was Gerrit Cole's personal catcher during this stint. Over 10 starts with Maldonado behind the plate Cole pitched to a 1.57 ERA.

On December 20, 2019, Maldonado signed a two-year deal with the Houston Astros. 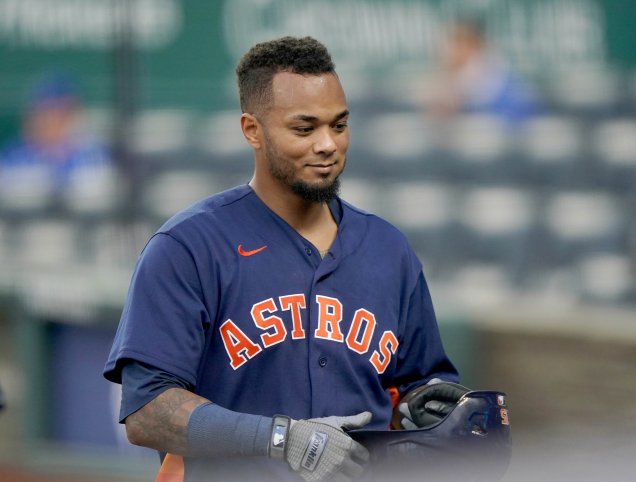 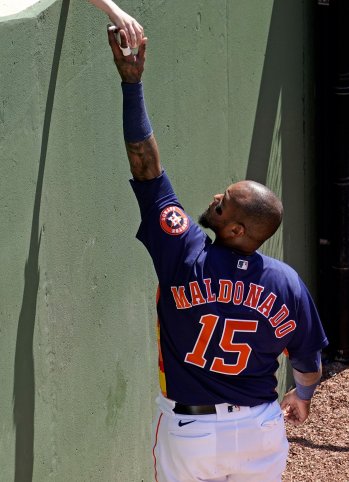 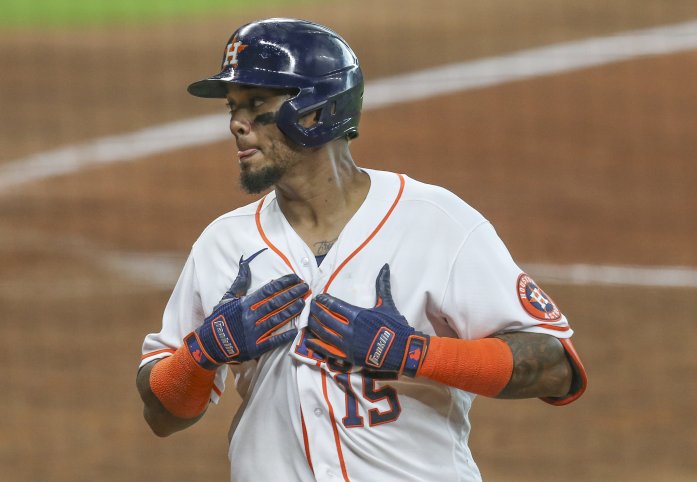 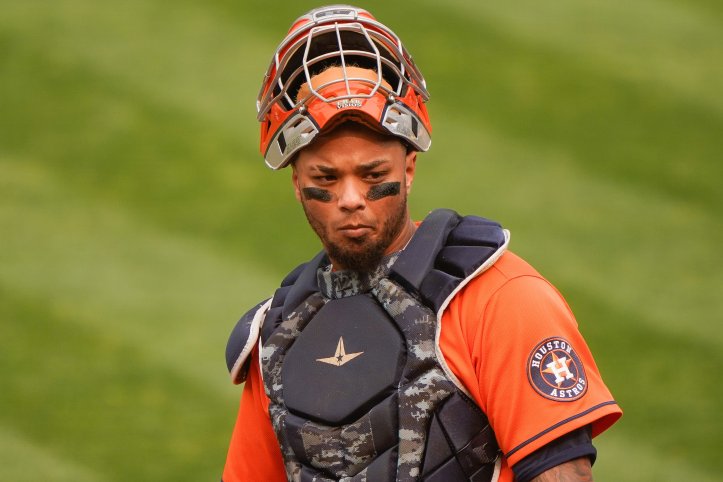 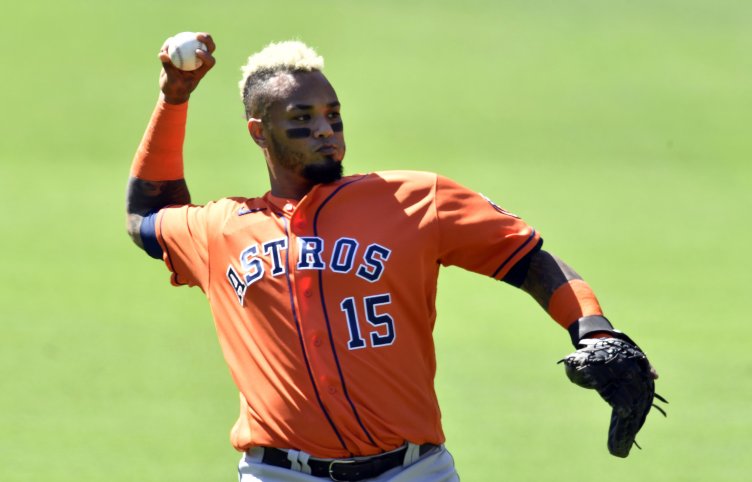 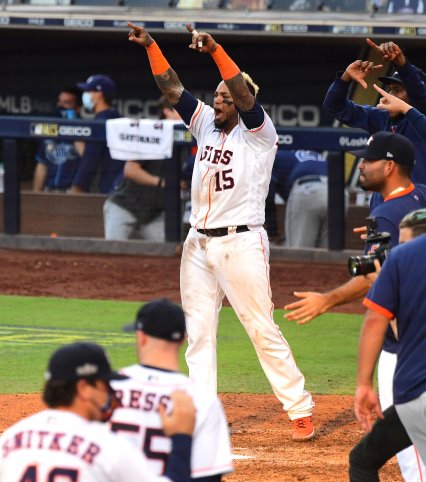 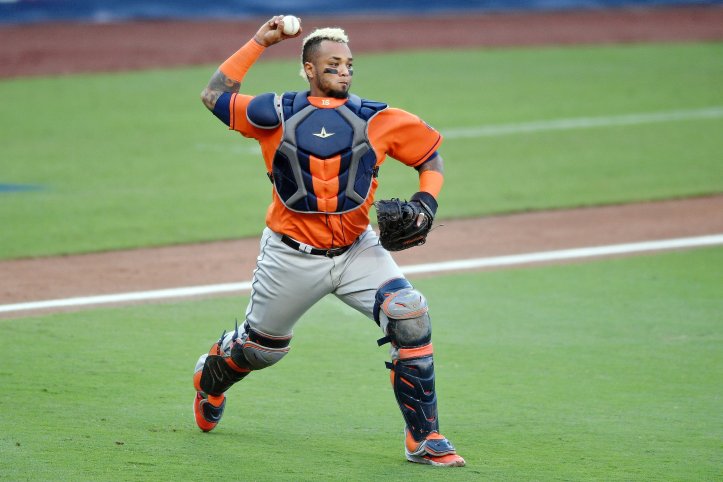 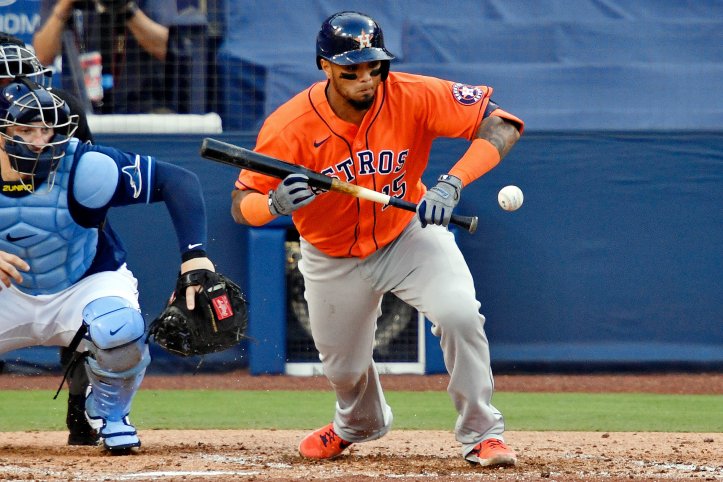 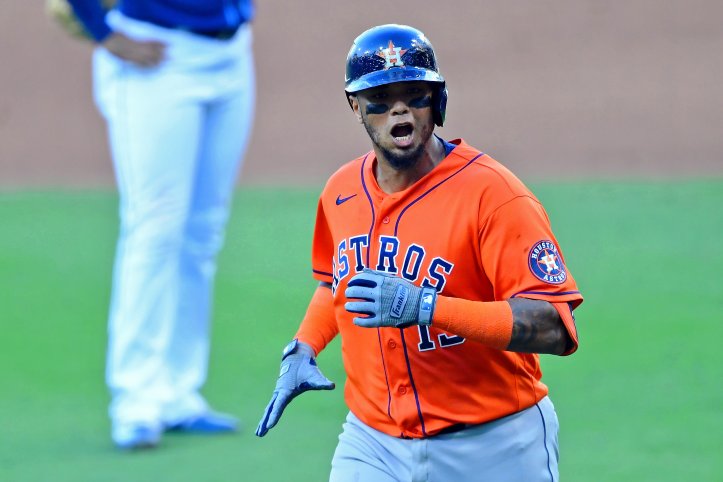 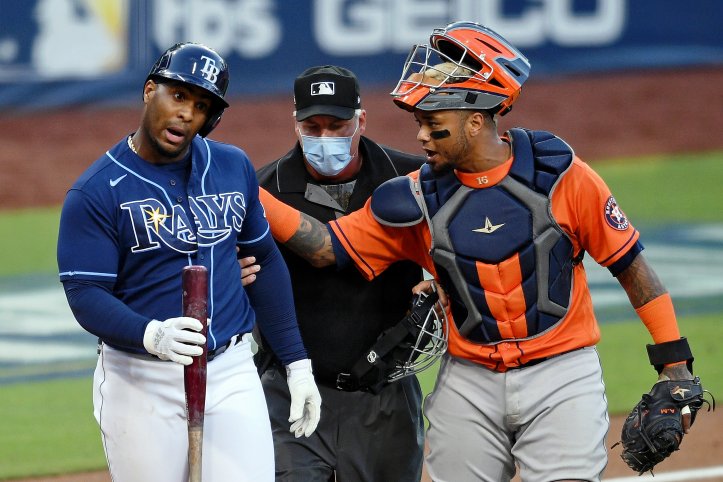 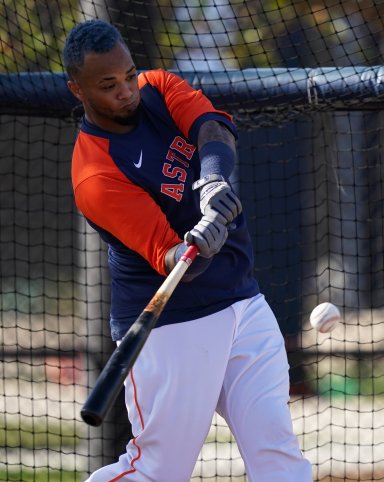 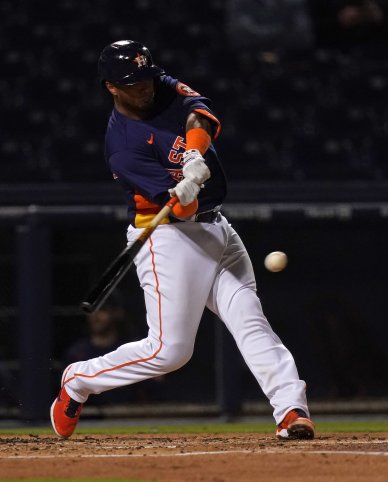