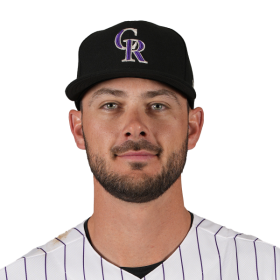 Bryant attended Bonanza High School in Las Vegas, Nevada. Playing for the school's varsity baseball team all four years, he recorded a .418 batting average, a .958 slugging percentage (SLG), 103 hits, and 47 career home runs. He also played American Legion Baseball. USA Today named him to their All-USA baseball first-team in 2010. The Toronto Blue Jays selected Bryant in the 18th round of the 2010 Major League Baseball draft. He did not sign, and enrolled at the University of San Diego, to play college baseball for the San Diego Toreros baseball team.

As a freshman at the University of San Diego in 2011, He was named a freshman All-American by Louisville Slugger and the West Coast Conference (WCC) Co-Freshman of the Year and Co-Player of the Year, sharing both honors with Marco Gonzales. Following his freshman season at San Diego, Bryant played collegiate summer baseball for the Chatham Anglers of the Cape Cod Baseball League, where he batted 29-for-130 (.223) with three home runs and 16 RBIs.

As a sophomore in 2012, He was again named first-team All-WCC and he was also named a first-team All-American by Baseball America. That summer, Bryant was selected by USA Baseball to play for the United States collegiate national team.

In the 2013 season as a junior, Bryant hit 31 home runs to lead the nation. Bryant had the most home runs hit by a college player since the NCAA switched to a BBCOR composite bat in 2011. Bryant broke the previous record of 30 set by Georgia Southern's Victor Roache in 2011 and amounted to more home runs than 223 of 296 Division I teams hit that season. Bryant won the Golden Spikes Award and the Dick Howser Trophy, which are both awarded to the top collegiate player in the nation. He was also named a Louisville Slugger First Team All-American, the Collegiate Baseball Player of the Year, and the American Baseball Coaches Association (ABCA) Player of the Year.

Bryant was considered to be one of the best available players in the 2013 Major League Baseball draft. The Houston Astros, who had the first overall pick, scouted Bryant. Bryant believed he would be chosen by the Colorado Rockies, who had the third selection of the draft.

Bryant started 2014 with the Tennessee Smokies of the Class AA Southern League. In June, he won the Home Run Derby and participated in the All-Star game. On June 18, the Cubs promoted Bryant to the Iowa Cubs of the Class AAA Pacific Coast League after batting .355 with 22 home runs and 58 RBIs in 68 games with Tennessee. He played in the All-Star Futures Game in July. At the end of the regular season, Bryant's 43 combined home runs between Tennessee and Iowa won him the Joe Bauman Home Run Award. Bryant was named the USA Today Minor League Player of the Year and Baseball America Minor League Player of the Year. Baseball America named him the No. 1 prospect in 2015.

On April 17, 2015, Bryant was called up to the majors by the Cubs. He made his debut that day at Wrigley Field. The next day at Wrigley, Bryant recorded his first hit, an RBI single. Bryant hit his first major league home run on May 9, off Milwaukee Brewers' Kyle Lohse. His second home run came two days later at Wrigley Field against the New York Mets off Jacob deGrom. Bryant finished the month of May with a .265 batting average, seven home runs, 22 RBIs, and 16 walks, and was named the NL Rookie of the Month for May.

Bryant concluded the 2016 season by winning the National League Most Valuable Player Award (MVP) in his second year in the major leagues. He became the first player to win a Golden Spikes Award, a Baseball America Minor League Player of the Year Award, a Rookie of the Year Award, and a Most Valuable Player Award in successive seasons. In addition, he became the sixth player in MLB history to win Rookie of the Year and MVP within his first two seasons, joining Fred Lynn (both in 1975), Cal Ripken Jr. (1982–83), Ichiro Suzuki (both in 2001), Ryan Howard (2005–06), and Dustin Pedroia (2007–08). Bryant also won the Hank Aaron Award as the National League's most outstanding hitter. Bryant recorded hits in all four games against the San Francisco Giants in the 2016 NLDS. With the Cubs trailing 5–3 in the ninth inning of Game 3, Bryant hit a two-run home run against Sergio Romo, helping send the game to extra innings, though the Giants would prevail in 13.

In Game 4 with the Cubs down 5–2, Bryant singled to start a four-run rally in the top of the 9th, scoring on a double by Ben Zobrist, as the Cubs advanced to the 2016 NLCS. The Cubs then won the National League pennant—for the first time since 1945—by defeating the Los Angeles Dodgers, 4-games-to-2. In the World Series, the Cubs came back from a 3-games-to-1 deficit and defeated the Cleveland Indians, to secure their first championship after a 108-year-long drought. During the 2016 postseason, Bryant hit for a .308 average with three home runs and eight RBIs.

On March 18, 2022, Bryant signed a seven-year contract worth $182 million with the Colorado Rockies. It was announced that he would be the club's starting left fielder. 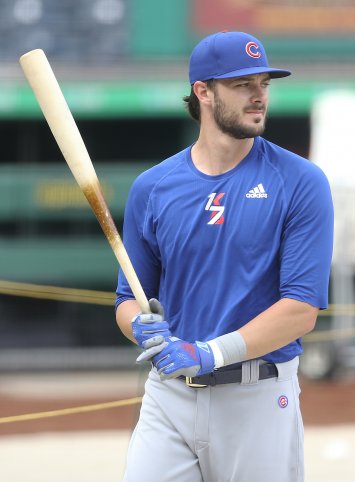 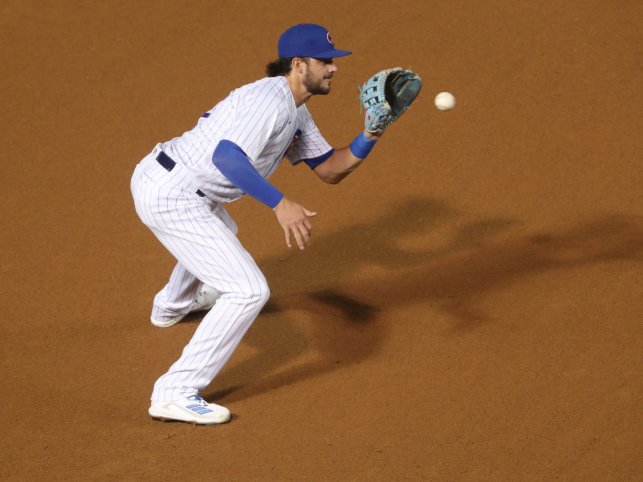 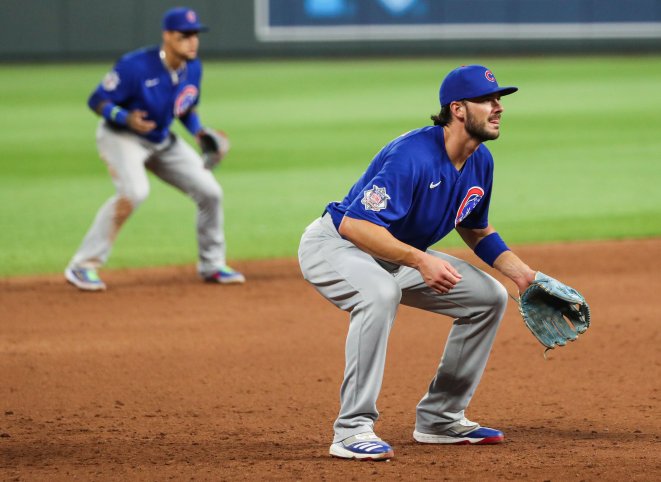 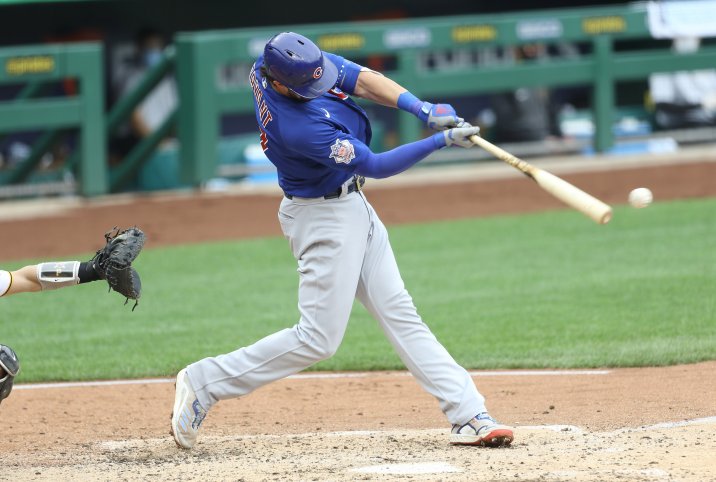 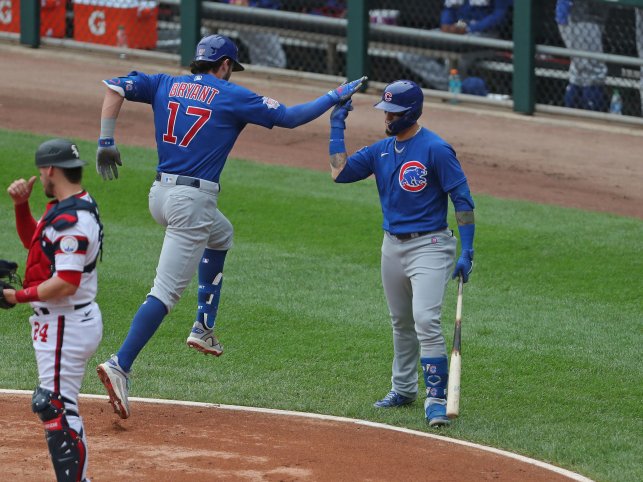 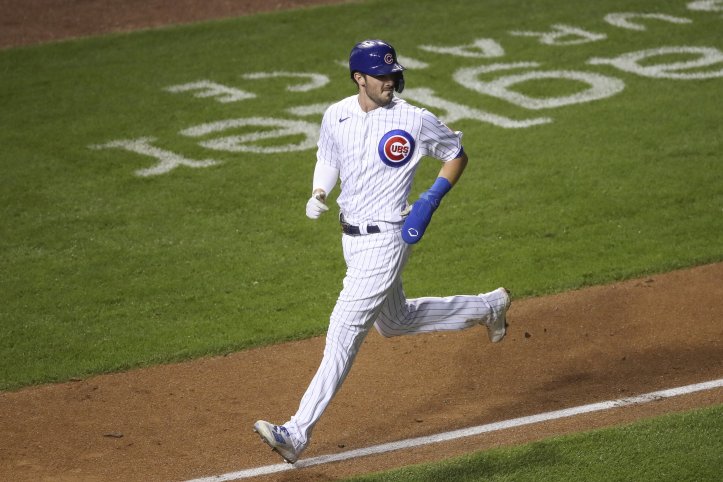 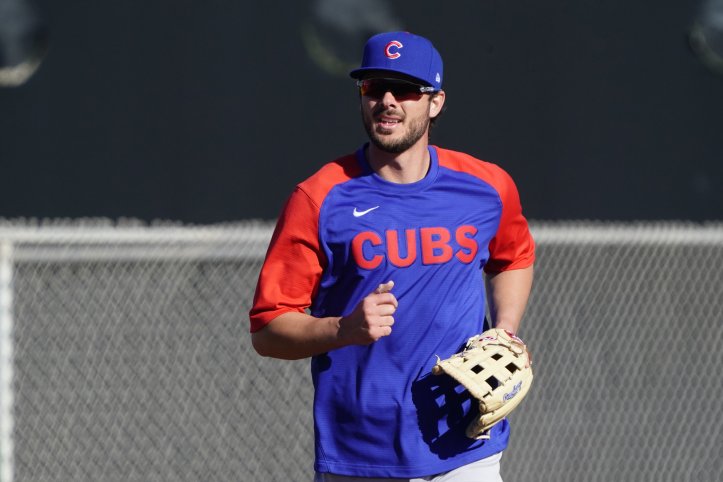 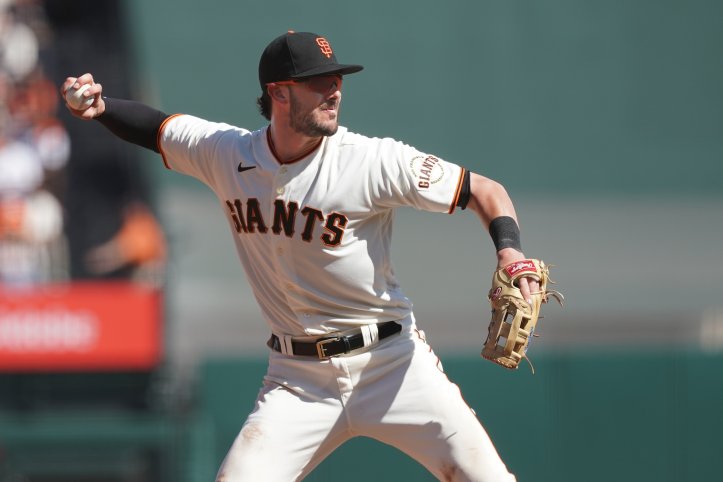 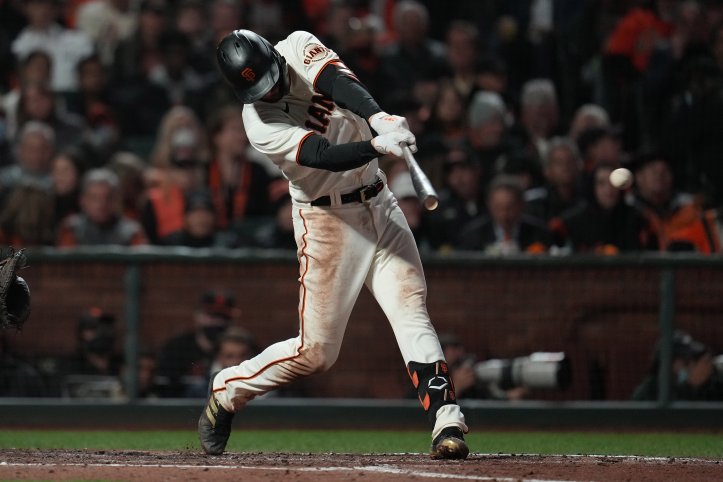 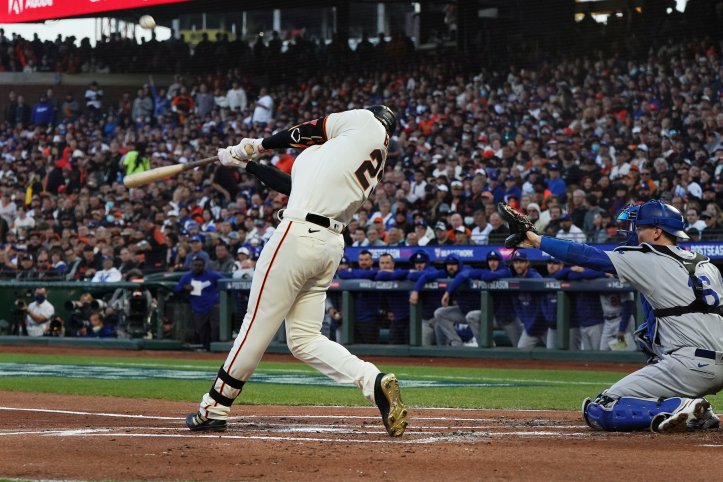 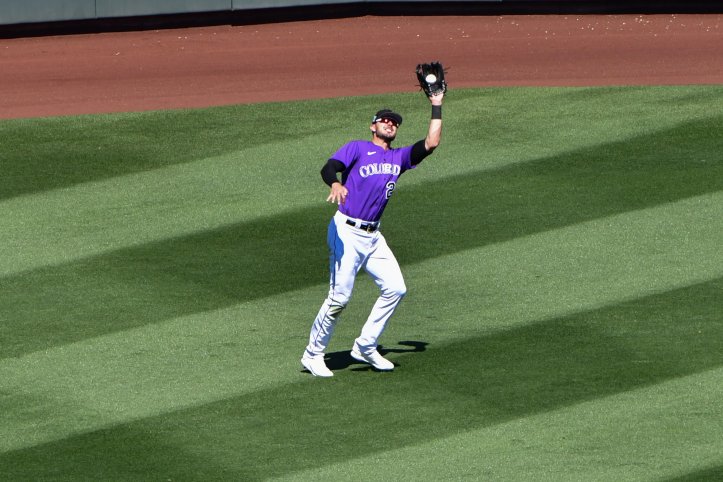 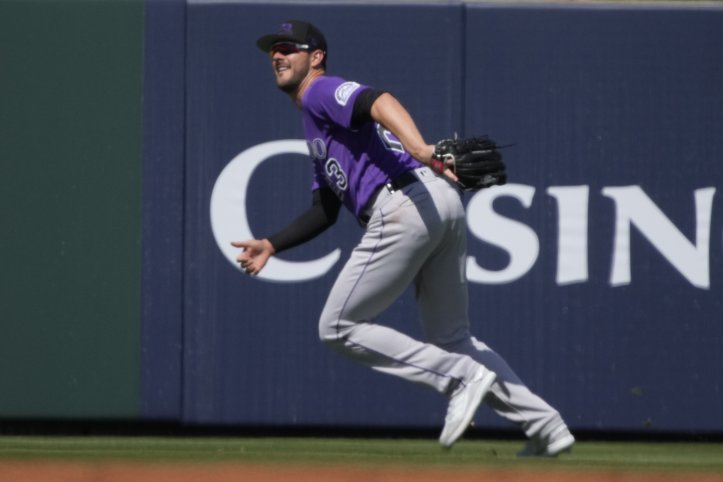 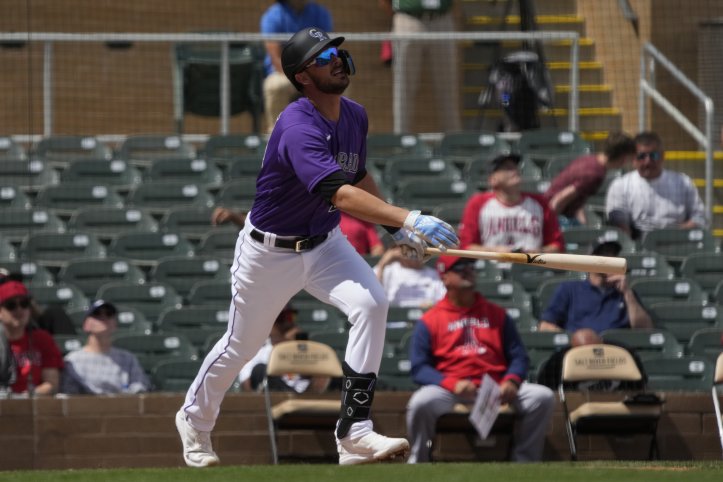 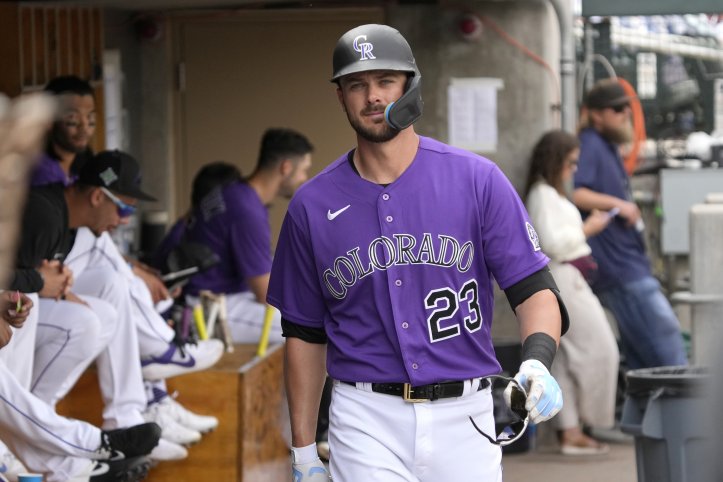 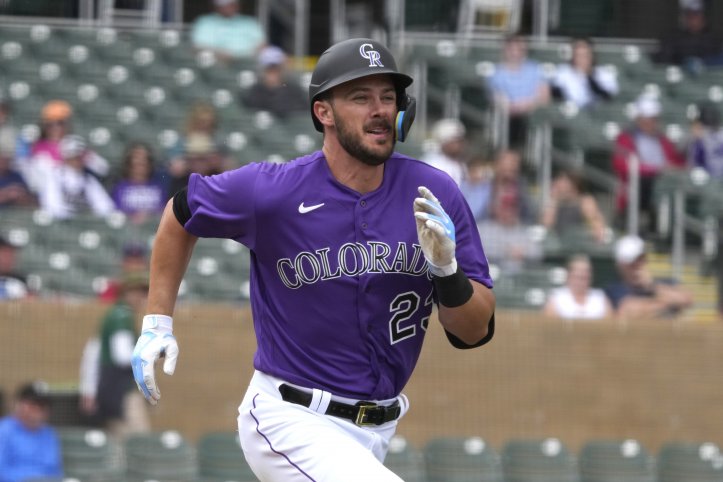