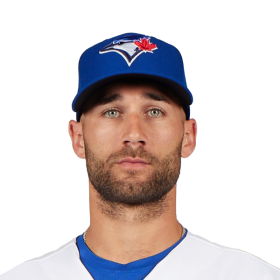 Kiermaier was part of amateur champ...

Kiermaier was part of amateur championship teams at both the high school and college levels. His high school won a state championship in Indiana, and his team earned a National Junior College Athletic Association (NJCAA) national championship at Parkland College, where he was twice named an NJCAA All-American. Kiermaier has gained attention for his overall outfield defense, strong throwing arm, and prowess for frequently robbing home runs. As a result, he has won Rawlings Gold Glove Awards for center fielders in 2015, 2016, and 2019.

By the 2020 season, Kiermaier had become the longest tenured Ray and the only active player who was managed by franchise legend Joe Maddon. On July 26th, Kiermaier hit a walk-off triple against the Toronto Blue Jays. He finished the season batting .217 with 3 home runs and 8 stolen bases. According to FanGraphs, Kiermaier led all center fielders in UZR (7.7), UZR/150 (30.7), and assists (6), while being second in defensive runs saved (10) behind only Byron Buxton (11). The Rays finished the season with the best record in the American League. Before the start of the American League Division Series against the New York Yankees, Kiermaier commented on the rivalry by saying “They don’t like us, we don’t like them, and it’s going to continue to stay that way". This comment was in response to when Aroldis Chapman threw at the head of Mike Brosseau just six weeks prior. In game 3 of the ALDS against the Yankees, Kiermaier hit a go-ahead three-run home run. In the American League Championship Series against the Houston Astros, Kiermaier got hit in the hand by a pitch and was unable to start in games 4, 5, and 6. He did, however, return for game 7 as the Rays beat the Astros and advanced to the World Series. In the 2020 World Series against the Los Angeles Dodgers, Kiermaier hit a home run against Clayton Kershaw. 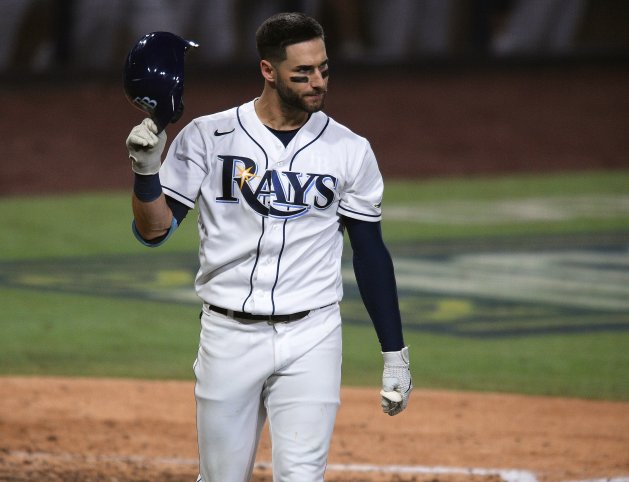 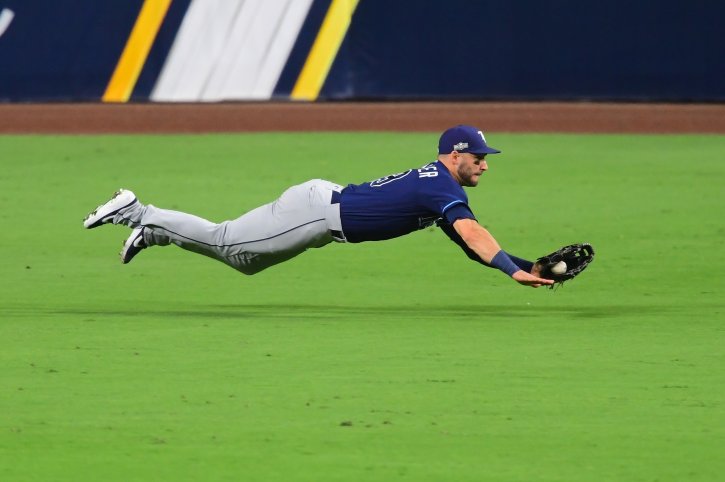 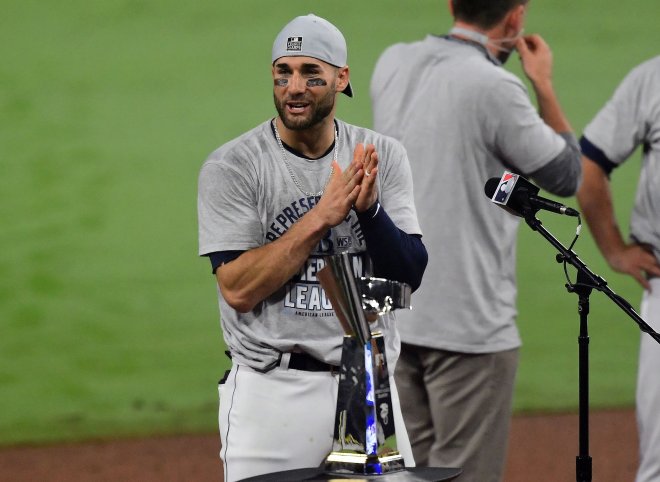 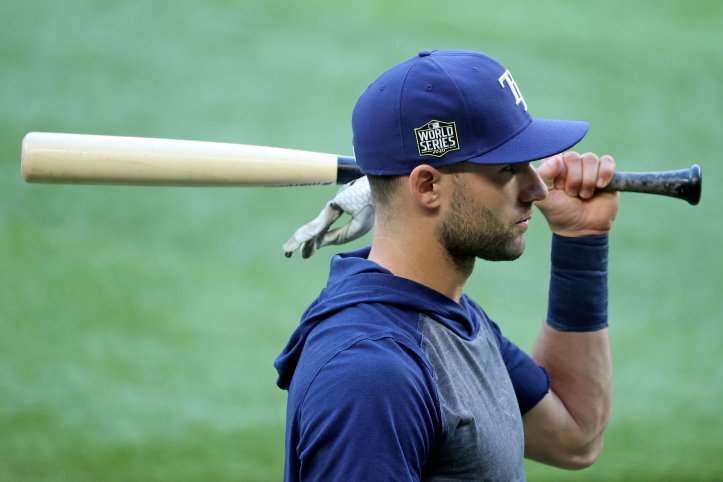 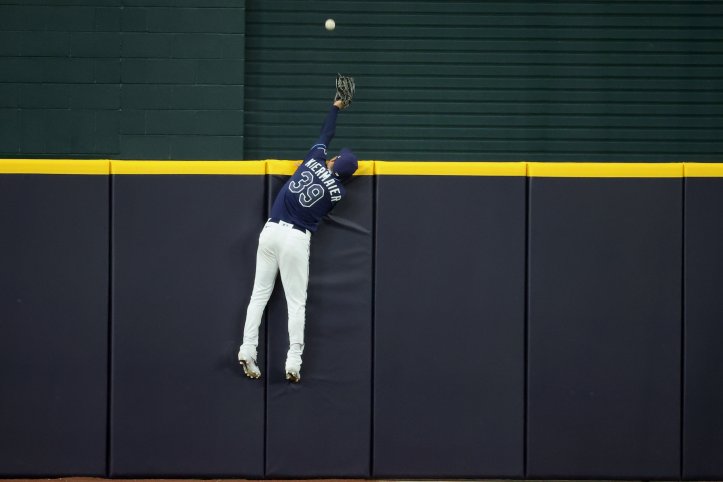 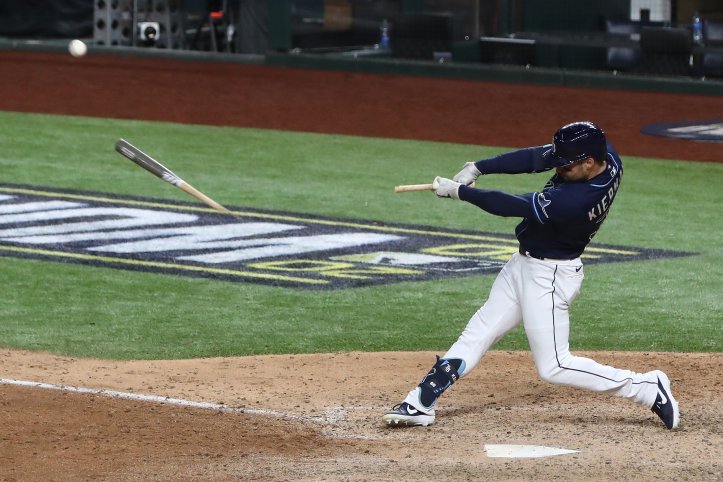 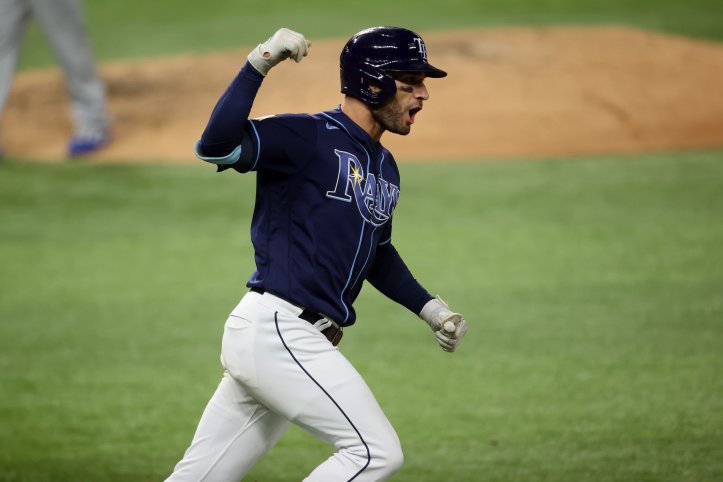 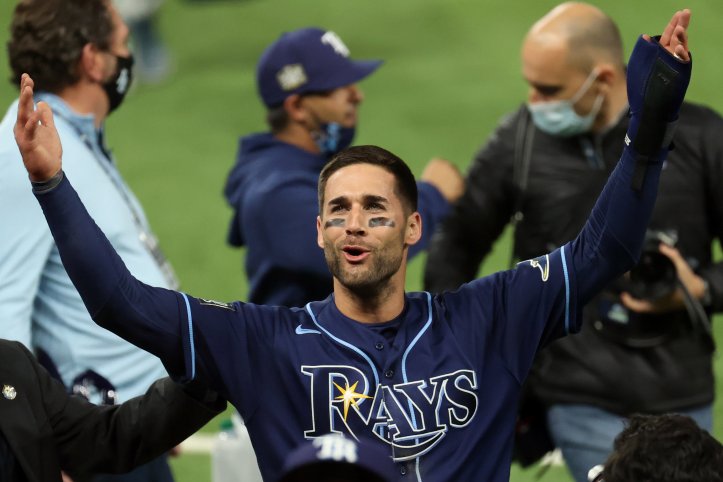 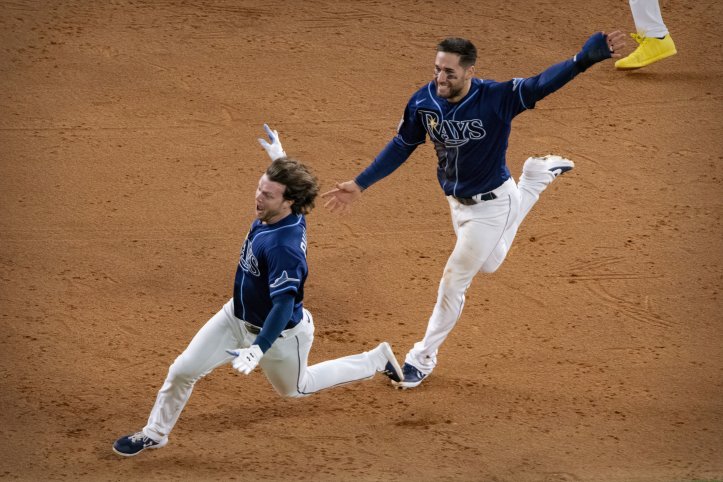 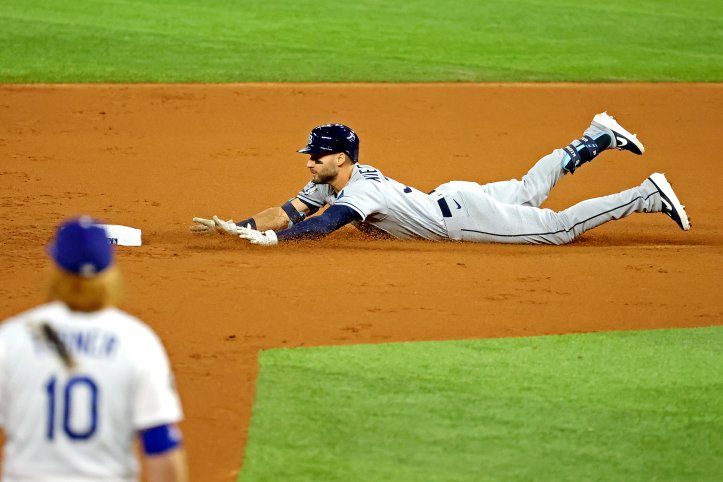 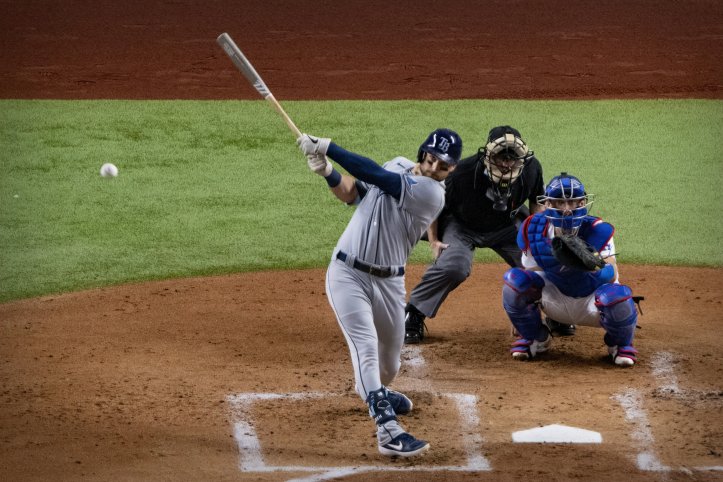 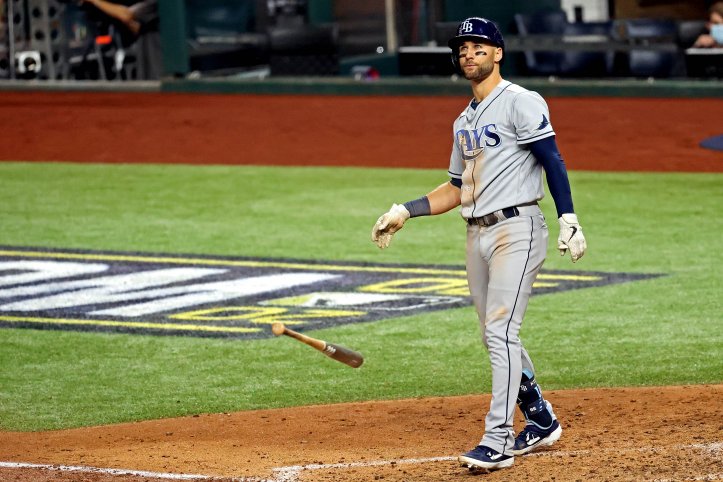 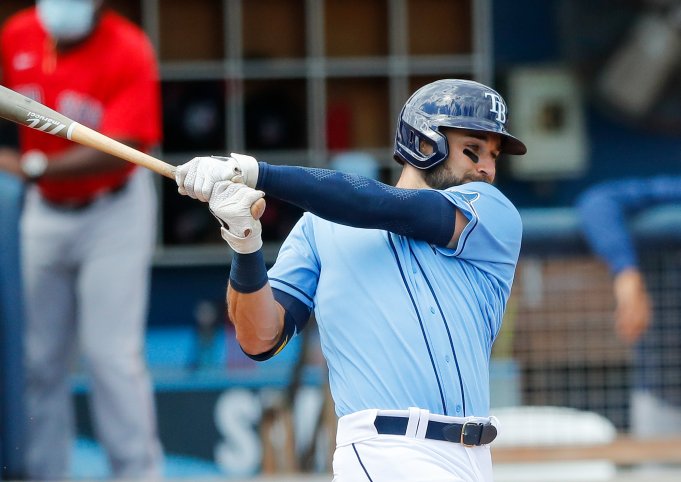 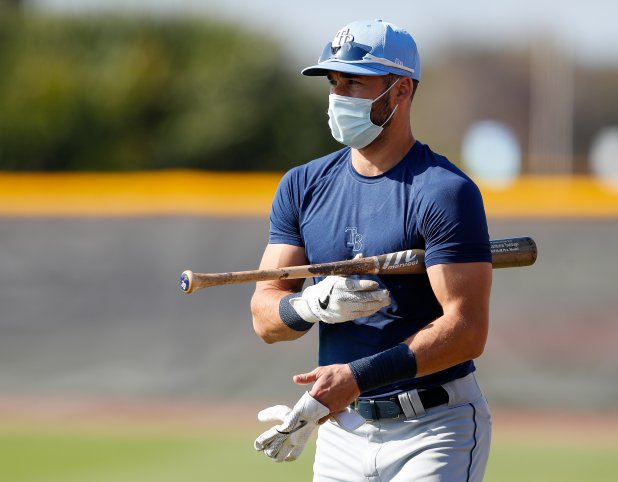 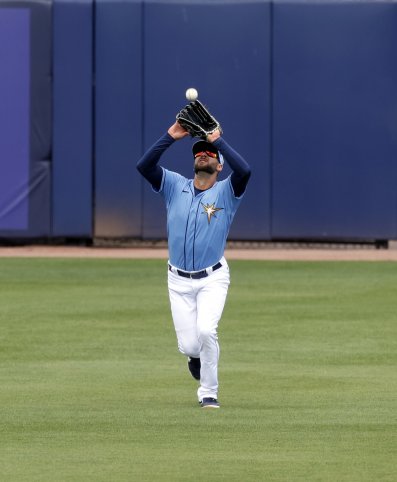 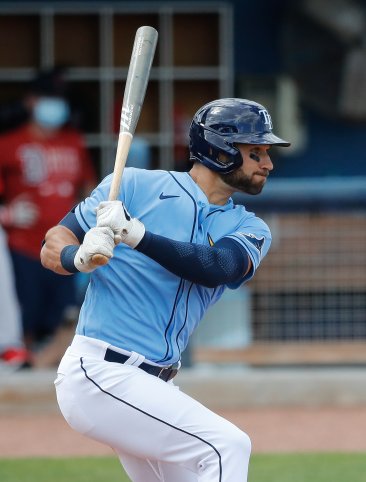