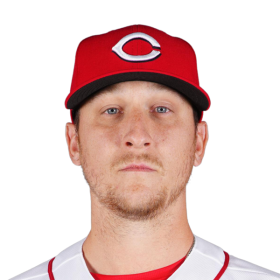 Hoffman attended Shaker High School in Latham, New York, and played for their baseball team as a pitcher. In his junior year, he pitched to a 7–0 win–loss record. ...

Hoffman attended Shaker High School in Latham, New York, and played for their baseball team as a pitcher. In his junior year, he pitched to a 7–0 win–loss record. In Hoffman's senior year, he led Shaker High School to their first Section II Class AA title game since 2002 against town rival Colonie High School. Hoffman pitched seven shutout innings, 101 pitches and struck out nine. He struggled to be noticed by college baseball programs in the National Collegiate Athletic Association's Division I, as his fastball averaged 82 to 83 miles per hour (132–134 km/h). Hoffman pitched in Connie Mack Baseball during the offseason to attract attention from college programs, where his fastball improved to 92 miles per hour (148 km/h). This led to his signing a letter of intent with East Carolina University (ECU), a Division I school in Conference USA.

During his freshman year with the East Carolina Pirates baseball team in 2012, Hoffman started 10 of the 19 games in which he appeared, posting a 3–2 record, one save, a 3.67 earned run average (ERA), and struck out 55 batters in ​72 2⁄3 innings pitched. East Carolina reached the National Collegiate Athletic Association Division I Baseball Tournament. That summer, Hoffman pitched for the Hyannis Harbor Hawks in the Cape Cod Baseball League (CCBL).

During the 2013 season Hoffman was named to the All-Conference USA second team, after pitching to a 6–7 record, a 3.20 ERA, and leading the Pirates with ​109 2⁄3 innings pitched and 84 strikeouts. He was added to the Golden Spikes Award watch list, and while pitching for Hyannis again in the summer, he was named the CCBL's top prospect. In his junior year at ECU, Hoffman went 3–3 with a 2.94 ERA

Hoffman was considered to be one of the best prospects available in the 2014 Major League Baseball Draft, with the potential to be selected first overall, before his injury lowered his draft stock. The Toronto Blue Jays selected Hoffman in the first round, with the ninth overall selection, and he signed with Toronto on July 2 for the full bonus slot value of $3.1 million. Though unable to pitch, Hoffman was assigned to the Rookie Gulf Coast League Blue Jays for the 2014 season. He began throwing off a mound in February 2015, and made his professional debut with the Dunedin Blue Jays of the Advanced-A Florida State League on May 20. Hoffman's fastball reached 99 miles per hour (159 km/h) during his first start. After making 11 starts with Dunedin, the Blue Jays promoted Hoffman to the New Hampshire Fisher Cats of the Double-A Eastern League. He made his first start for New Hampshire on July 18, pitching a career-high ​6 1⁄3 innings and allowing two earned runs.

On July 28, the Blue Jays traded Hoffman, José Reyes, Miguel Castro, and Jesús Tinoco, to the Colorado Rockies for Troy Tulowitzki and LaTroy Hawkins. Hoffman was assigned to the New Britain Rock Cats of the Eastern League following the trade. Hoffman began the 2016 season with the Albuquerque Isotopes of the Class AAA Pacific Coast League. He was selected to appear in the 2016 All-Star Futures Game. Hoffman made his major league debut for the Rockies on August 20. 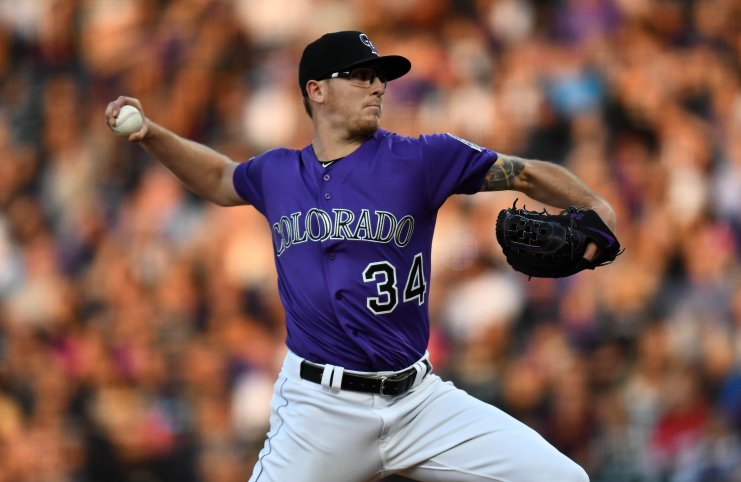 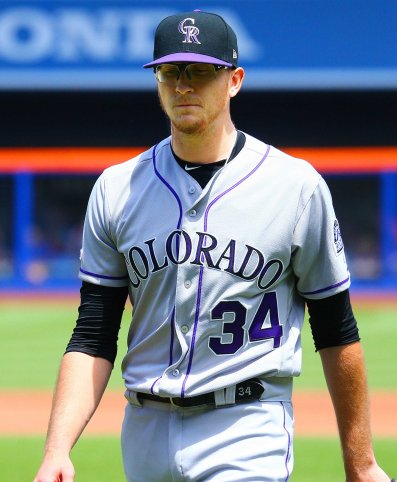 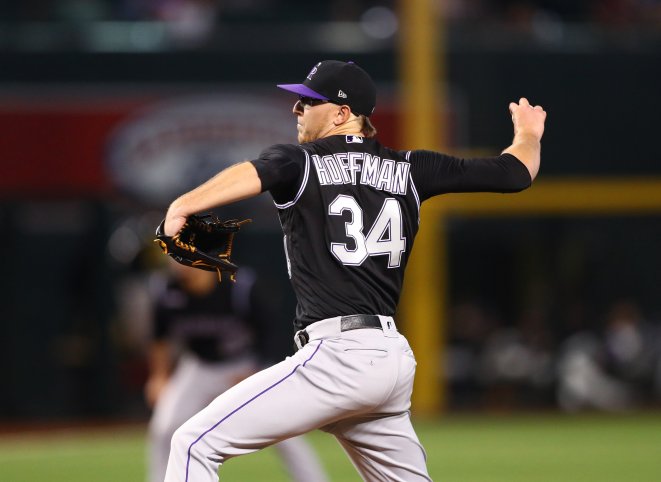 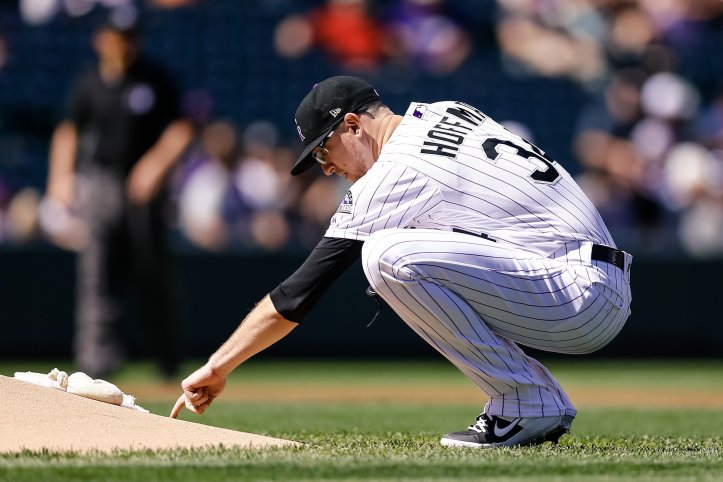 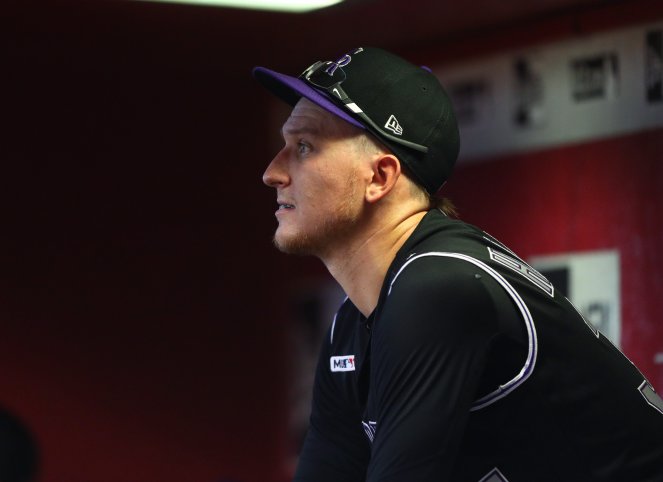 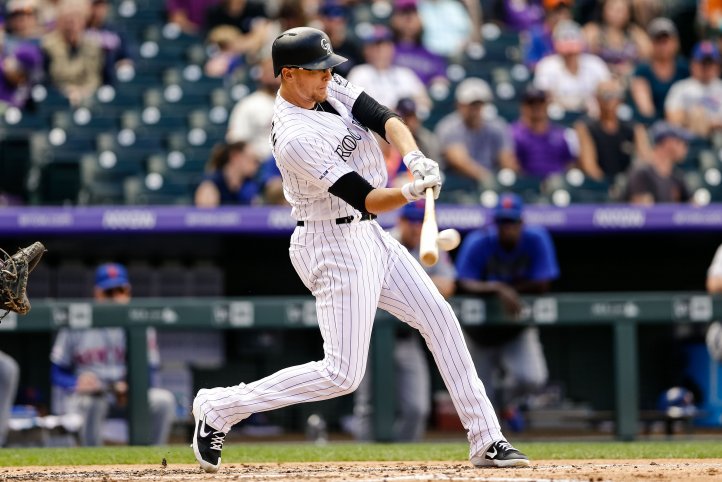 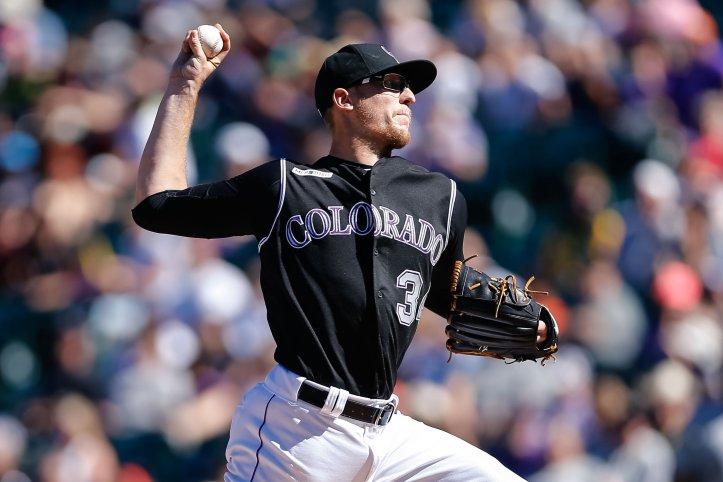 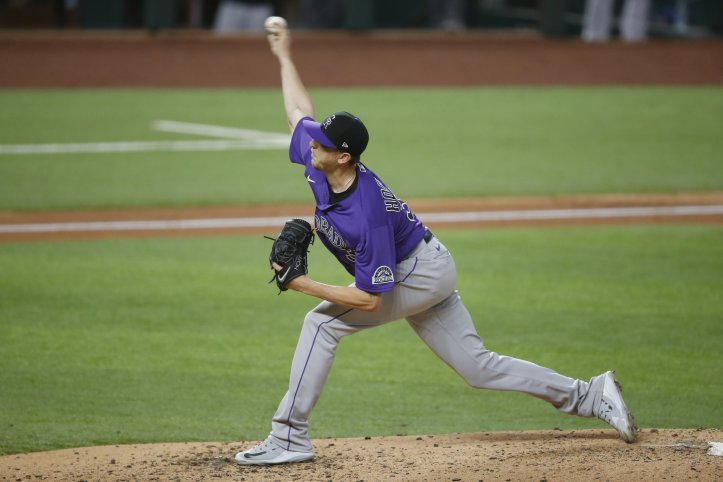 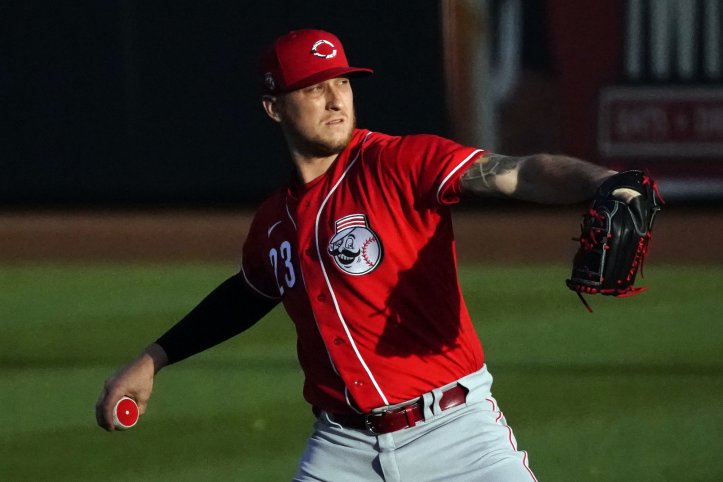