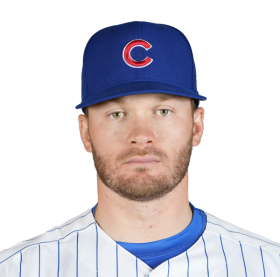 As a coffee connoisseur, I’m passionate and particular about what I drink. When I discovered Connect Roasters, I knew they would be the perfect partner for my first coffee project. I was immediately impressed with the smooth taste of their single-origin offerings and inspired by their mission to help fund projects in countries from which they are sourcing. Connect Roasters and I are partnering to bring Quarantine Coffee to everyone searching for the perfect morning cup. $3 from every bag sold goes directly to COVID-19 relief charities. I’m thrilled to start my partnership with Connect Roasters through such a meaningful project during a difficult time. Buy a bag. Enjoy Quarantine Coffee and let’s help grow the COVID-19 relief effort one cup at a time.

get involved
Bring Change to Mind

Bring Change to Mind grew out of an unyielding determination to end discrimination surrounding mental health. We recognize that mental health does not live in a vacuum and that many environmental factors including systemic racism and white supremacy can have devastating impacts on the mental health of communities of color. The recent killings of Ahmaud Arbery, Breonna Taylor, George Floyd, Tony McDade, and Dion Johnson have elicited justified mourning and outrage from many around the nation. We wholeheartedly stand with Black, indigenous, and people of color (BIPOC) communities to oppose racism and bigotry. BC2M is committed to deliberate action through centering diversity, equity, and inclusion in our decision making, program creation and delivery, and partnerships. Some of those action steps include: creating additional race and mental health resources for our clubs to access on our online portal, inviting special guests to speak to our youth about racial injustice and how to protect your mental wellbeing, and facilitating educated conversations around this topic with our youth leaders. To those in our BC2M community who are struggling with their mental health during this period of heightened trauma; we see you, we hear you. You are not alone and what you’re feeling right now is valid. If you need to talk, please contact Crisis Text Line by texting “BC2M” to 741-741, or call the National Suicide Prevention Lifeline at 1-800-273-TALK (8255).

First Tee is an international youth development organization introducing the game of golf and its inherent values to young people. Through after school and in-school programs, we help shape the lives of young people from all walks of life by reinforcing values like integrity, respect and perseverance through the game of golf. And it’s making a difference.

Happ was considered one of the top prospects for the 2015 Major League Baseball draft. The Chicago Cubs selected him in the first round, with the ninth overall selection. Happ became the 50th Bearcat drafted in Cincinnati history; 2008 picks Josh Harrison (6th round) and Tony Campana (13th round) ...

Happ was considered one of the top prospects for the 2015 Major League Baseball draft. The Chicago Cubs selected him in the first round, with the ni...

Happ was considered one of the top prospects for the 2015 Major League Baseball draft. The Chicago Cubs selected him in the first round, with the ninth overall selection. Happ became the 50th Bearcat drafted in Cincinnati history; 2008 picks Josh Harrison (6th round) and Tony Campana (13th round) also both played for Cincinnati and were drafted by the Cubs, and former Bearcat and MLB 3-time All-Star Kevin Youkilis is the Cubs Scouting and Player Development consultant.

Happ began the 2017 season with the Iowa Cubs of the Class AAA Pacific Coast League. The Cubs promoted Happ to the major leagues on May 13. In 26 games for Iowa prior his promotion, he was batting .298 with nine home runs and 25 RBIs. He made his debut the same day he was called up, and hit a 413-foot home run off of Carlos Martínez of the St. Louis Cardinals for his first career MLB hit. In a June 13 game at Citi Field against the New York Mets, Happ became the fifth player in MLB history to hit a grand slam and strike out four times in the same game. After Happ's 10th home run of the season, Cubs manager Joe Maddon said, "When he hits it, it goes quickly." Happ hit his 20th home run on August 30 against Pittsburgh Pirates starter Iván Nova. He hit his 23rd on September 28 and his 24th the following day which was the second-most for a rookie switch-hitter in National League history. He was third among NL rookies with 67 RBIs. Happ spent the remainder of the 2017 season with the Cubs after his June 13 promotion, and in 115 games, he slashed .253/.328/.514 with 24 home runs and 68 RBIs. 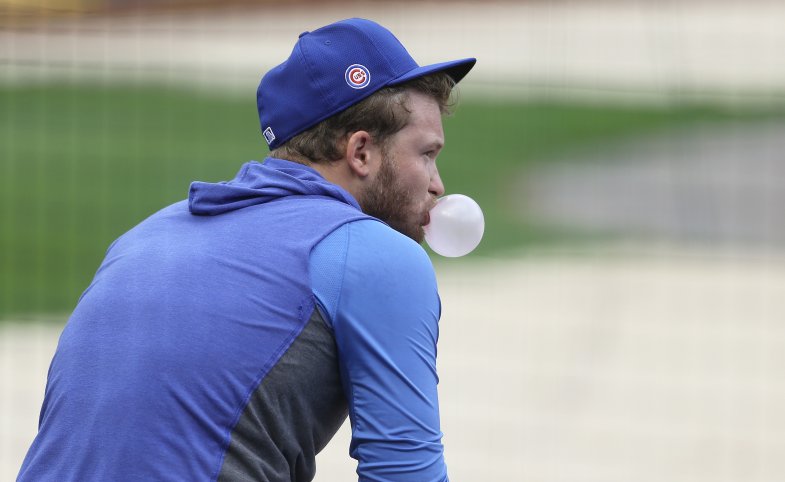 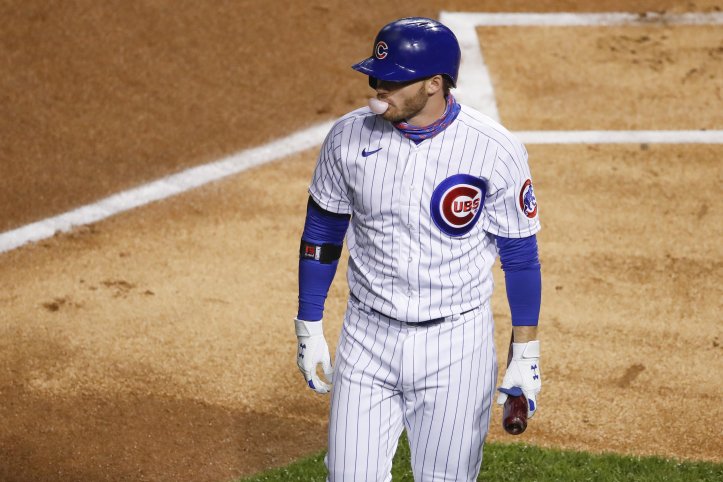 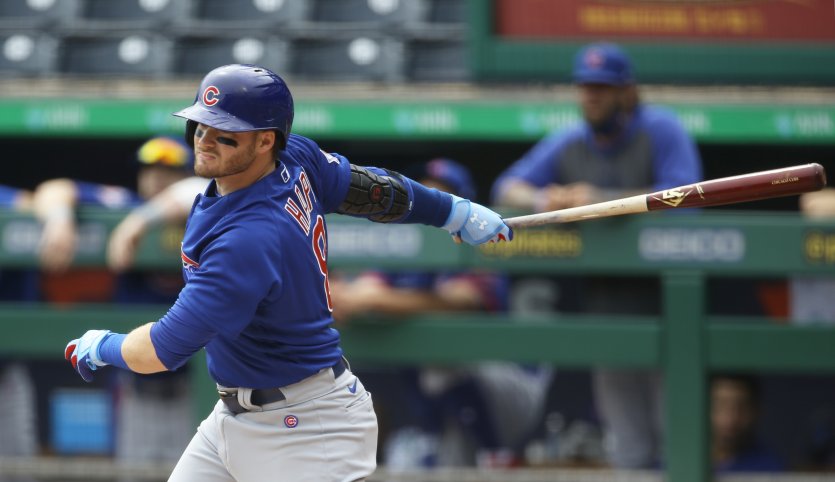 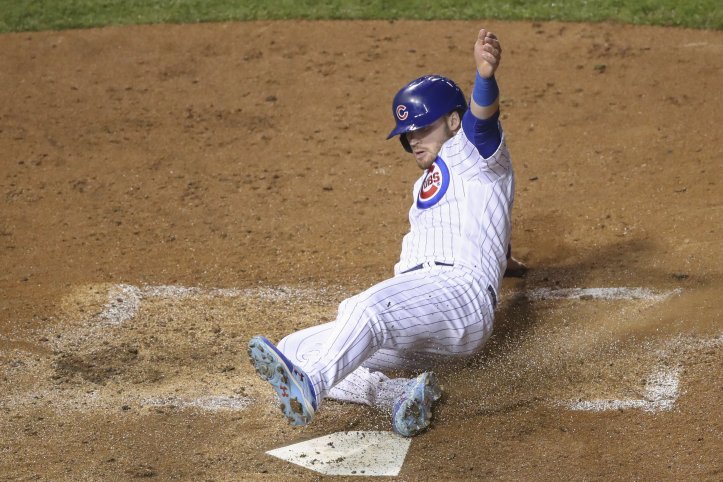 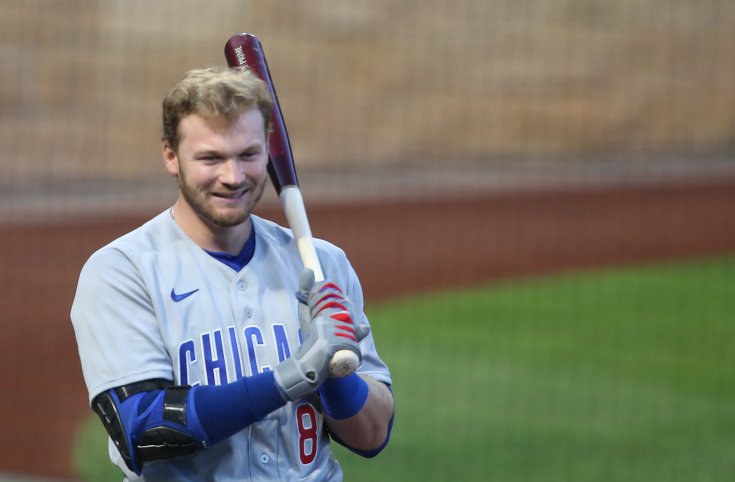 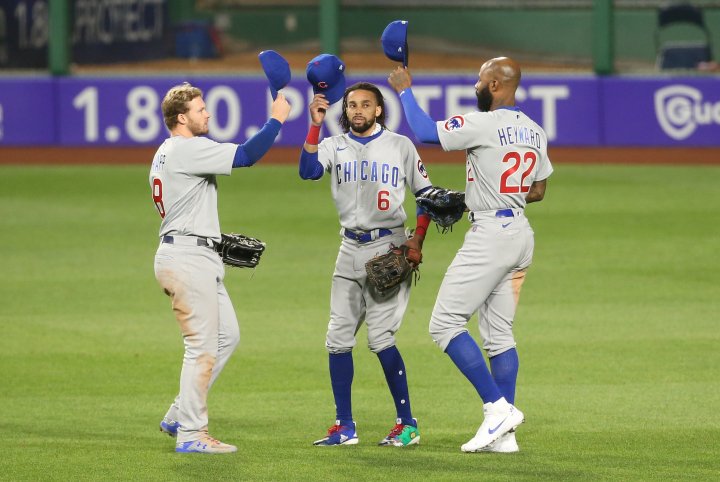 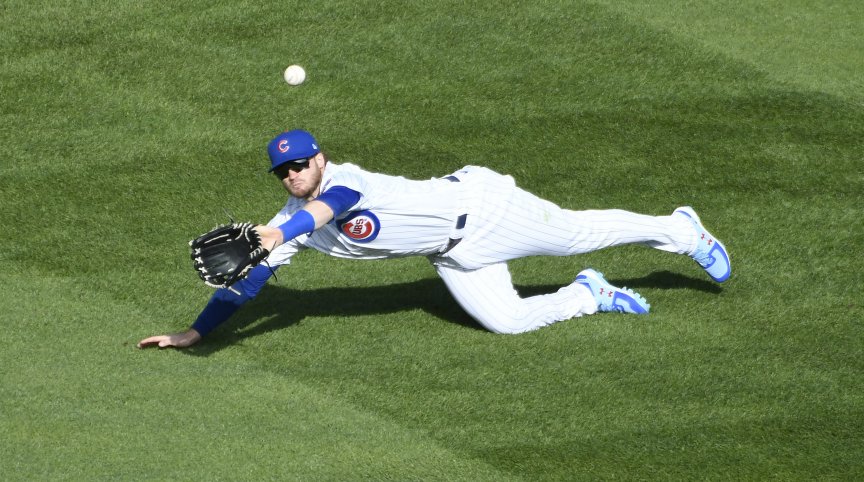 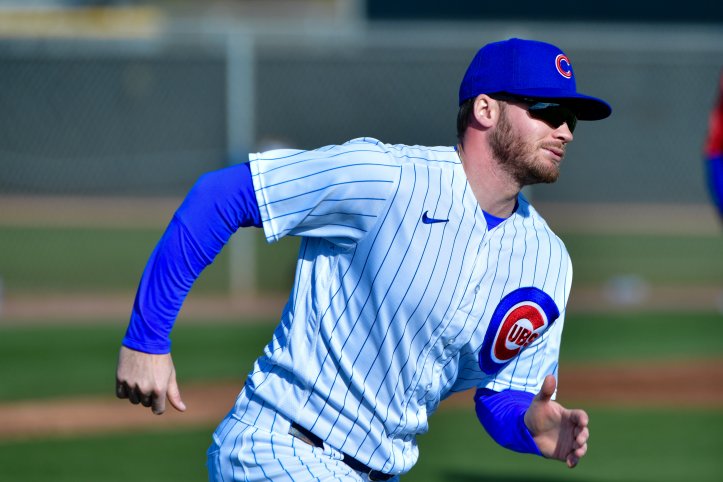 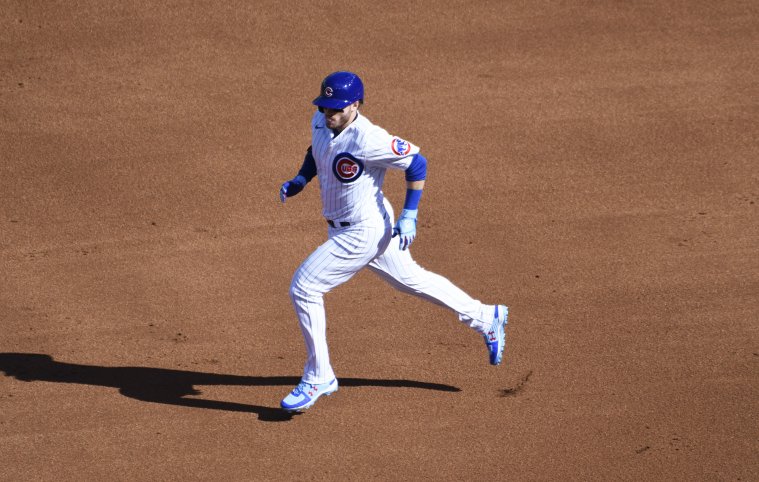 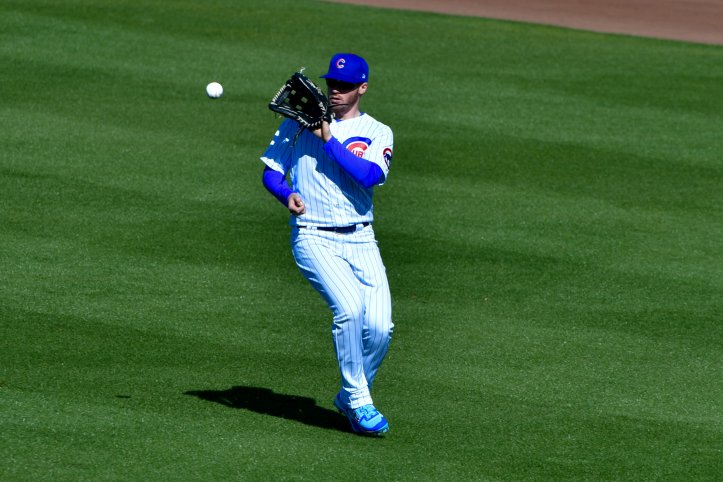 Nothing like a birthday present to put up in my locker! So fun opening my first digital collectible from @candydigital with my guy @ARizzo44   Get yours at https://t.co/r8pWw9uOjL https://t.co/sQXRhxlTQs

RT @MLBPlayersMedia: This Thursday, @nico_hoerner and the @Cubs will play at the Field of Dreams. For Hoerner, it's a chance to appreciate…