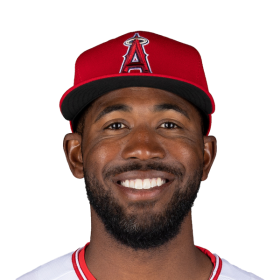 Cardinals Care is the team's community foundation dedicated to improving the lives of children. Established in 1997, Cardinals Care gives fans a way of teaming up with Cardinals players and the organization to help children in our community - both on and off the baseball field. Since its' inception, Cardinals Care has invested $23 million back into the St. Louis community through three key initiatives - the Redbird Rookies youth baseball/softball league; building and renovating ball fields in under-resourced areas; and distributing cash grants to local nonprofits who work with children.

"To provide wholesome food to hungry people, while passionately pursuing a hunger-free community." We combine food banking (warehousing canned and boxed goods), food rescue (obtaining surplus or unused meats, bread, dairy and produce from hospitality and grocery outlets) and ready-to-eat meals to be the most complete food solution for Southern Nevada. We work with a service network of community partners (this includes nonprofit and faith-based organizations, schools and after school and feeding sites) in our community to reach struggling individuals and families at risk of hunger. In 2019, we distributed more than 41 million meals, the equivalent of more than 50 million pounds of food and grocery product, through our community partners.

These kids are scared, lonely, and missing out on all of the things that make being a kid fun. That’s where Starlight comes in. We deliver happiness to seriously ill children and their families at more than 800 children’s hospitals and health care facilities in the US. Our state-of-the-art programs like Starlight Virtual Reality, Starlight Hospital Wear, and Starlight Gaming entertain, distract, and inspire hospitalized kids. Since 1982, Starlight has brought smiles to more than 16 million seriously ill children and their families.

He attended Milton High School in Milton, Georgia. At Milton, Fowler hit .457 with 14 home runs in 105 at-bats. Fowler rejected offers from Harvard and the University of Miami in order to play major league baseball, after having originally committed to Miami. Before sig...

He attended Milton High School in Milton, Georgia. At Milton, Fowler hit .457 with 14 home runs in 105 at-bats. Fowler rejected offers from Harvard and the University of Miami in order to play major league baseball, after having originally committed to Miami. Before signing with the Rockies, Fowler was exclusively a right-handed hitter.

As a minor leaguer during the 2008 season, Fowler was selected to represent the United States in the 2008 Summer Olympics in Beijing, China. He and the U.S. team ended up winning the bronze medal in the Olympics by defeating Japan, 8-4, in the bronze medal game.

Fowler was batting .337 with nine home runs, 61 runs batted in (RBIs) and 20 stolen bases for the Rockies' Double-A Texas League affiliate, the Tulsa Drillers, prior to playing for Team USA in the 2008 Olympics.

Fowler was called up to the Major Leagues for the first time on September 2, 2008. He made his debut that same day in a 6–5 extra-inning home win over the San Francisco Giants, coming in as a pinch runner in the bottom of the 10th inning; he was subsequently picked off at first base. In Fowler's first at-bat in the bottom of the third inning of a 9-2 home loss against the Giants the following day, he flied out to right field.

On September 10, 2008, Fowler recorded his first hit, an infield single, off of Will Ohman in the top of the seventh inning of a 9–5 road loss against the Atlanta Braves.

On April 8, 2009, Fowler hit his first career home run off Doug Davis of the Arizona Diamondbacks, as part of a 9–2 road win. He hit the home run on the first pitch of the game, becoming the first player in Rockies history to do so. On April 27, 2009, Fowler tied a modern-day rookie record when he stole five bases against the San Diego Padres in a 12–7 victory.

With the Cubs finishing the 2015 season with a 97–65 record, the team entered the postseason for the first time in seven years. In nine postseason games, Fowler batted .396 with two home runs and three RBIs. In Game 4 of the 2015 NLCS against the New York Mets, he was the final batter to strike out looking as the Cubs were eliminated from the postseason.

Fowler signed a one-year contract with the Cubs that included a mutual option for the 2017 season on February 25, 2016.

Fowler was selected to his first All-Star Game in 2016 representing the Cubs along with six other teammates.

Fowler finished the year batting with a .276 average hitting 13 home runs and 48 RBIs and 84 runs scored. He swung at only 19.4% of pitches outside the strike zone (the lowest percentage in the majors).

Fowler led off Game 7 of the World Series with a home run, becoming the first player in history to lead off a World Series Game 7 with a home run. The Cubs won the game 8–7 in 10 innings, giving the team their first championship in 108 years. On November 5, Fowler declined his mutual option for the 2017 season and became a free agent.

On December 9, 2016, Fowler and the St. Louis Cardinals agreed to a five-year, $82.5 million deal. He hit his first home run and RBI as a Cardinal against Pittsburgh Pirates pitcher Gerrit Cole on April 19, 2017. Fowler finished his first season in St. Louis with a .264 batting average, 18 home runs, and 64 RBIs in 118 games.

Prior to the 2018 season, he agreed to shift positions to become the Cardinals' starting right fielder; the Cardinals moved Tommy Pham to center and had acquired Marcell Ozuna in the offseason. Fowler hit his first ever walk-off home run on May 6, 2018, in the bottom of the 14th inning against his former team, the Chicago Cubs. His two-run home run helped lead the Cardinals to a 4-3 victory. On August 21, 2018, Fowler was placed on the 60-day disabled list, ending a disappointing 2018 season in which he slashed .180/.278/.298 with eight home runs and 31 RBIs in 90 games. 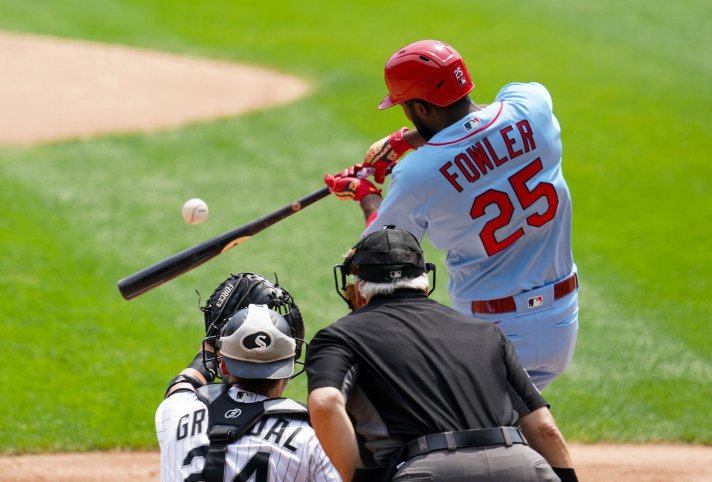 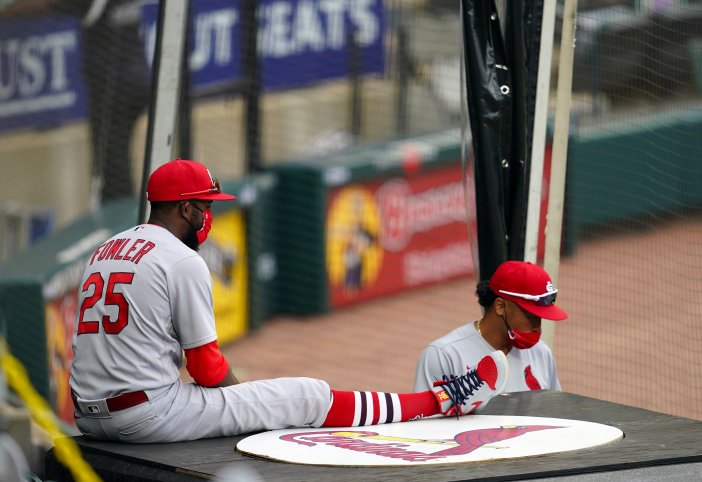 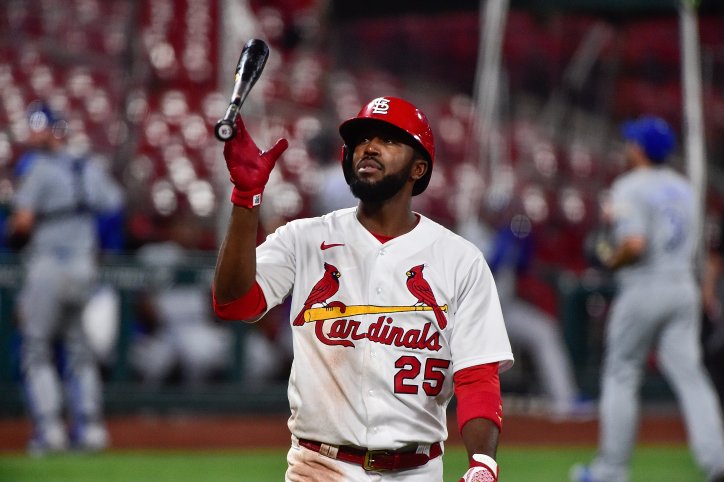 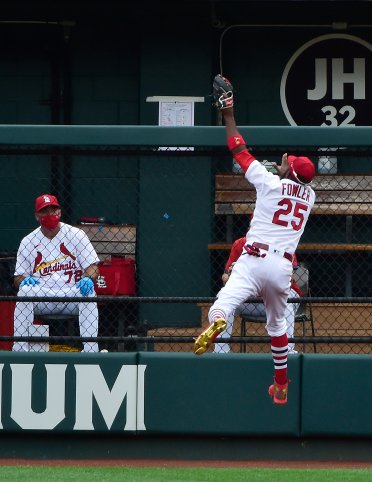 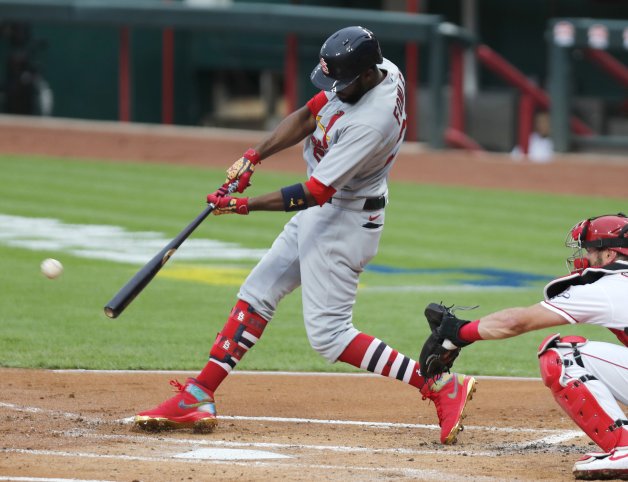 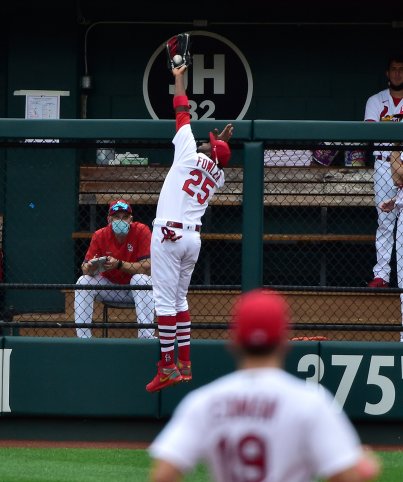 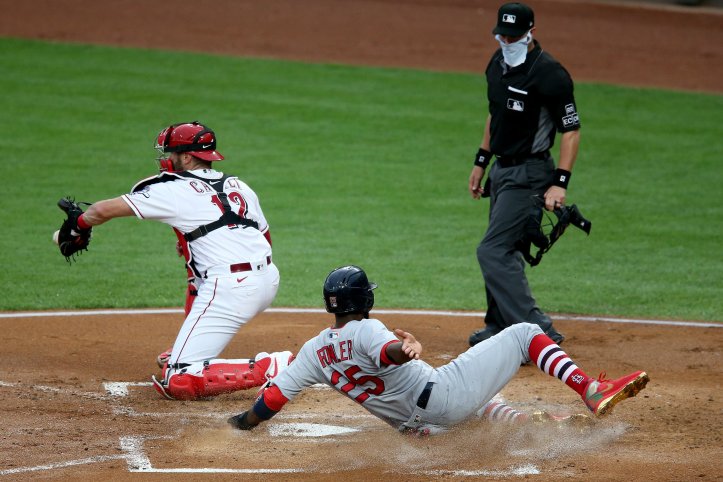 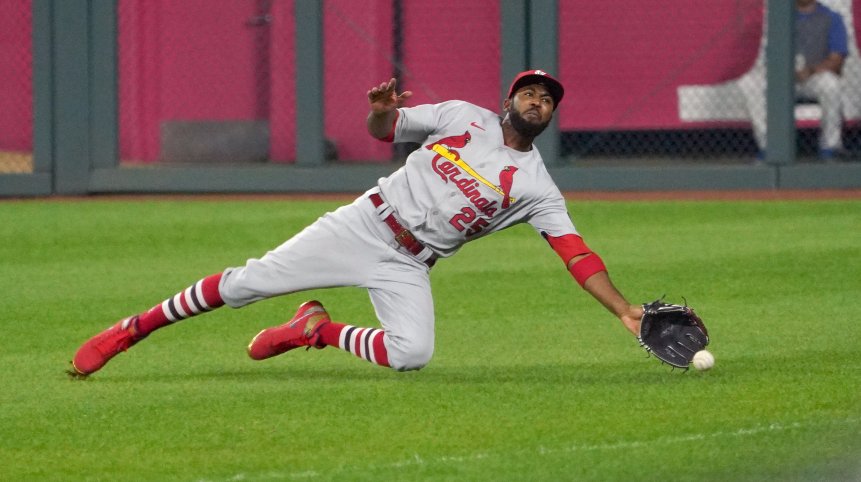