Project One Four is a charitable organization dedicated to making a difference in the lives of youth promoting growth in youth through learning life skills in a safe supportive environment.

get involved
The Players Alliance

The Players Alliance is focused on building equitable systems and inclusive culture within baseball and throughout the community.

He has two brothers. He began playing baseball in his early childhood. He grew up as an Atlanta Braves fan and idolized outfielder David Justice. He attended Cooperstown Dreams Park as a teenager and was a standout on the Blackman High School baseball and basketball teams. In his high school ...

He has two brothers. He began playing baseball in his early childhood. He grew up as an Atlanta Braves fan and idolized outfielder David Justic...

He has two brothers. He began playing baseball in his early childhood. He grew up as an Atlanta Braves fan and idolized outfielder David Justice. He attended Cooperstown Dreams Park as a teenager and was a standout on the Blackman High School baseball and basketball teams. In his high school career, he compiled a 0.43 earned run average (ERA) and 151 strikeouts. He received the Rutherford County MVP Pitcher (2003 and 2004), the Co-District 7AAA Pitcher of the Year with Michael Alcorn his senior season, and the Rutherford County Male Athlete of the Year in 2002, 2003, and 2004. He played in the 2004 High School All-America Game in Albuquerque, New Mexico.

Though Price was drafted in the 19th round by the Los Angeles Dodgers out of high school, he did not sign and instead chose to attend Vanderbilt University on an academic scholarship. He pitched for the baseball team for three seasons. In his freshman season in 2005, Price was honored as a Freshman All-American by both Baseball America and Collegiate Baseball. That year he went 2–4 with a 2.86 ERA in 19 games, compiling 92 strikeouts in 691⁄3 innings pitched. Still, frustrated with his college workload, Price almost quit baseball to work at a McDonald's in his hometown but was talked out of it by his coach, Tim Corbin.

In 2006, Price posted a 9–5 record with a 4.16 ERA in 1101⁄3 innings pitched. He set a school single-season record in strikeouts with 155 while walking only 43 batters. In six starts early in the season, he recorded 10 or more strikeouts each game, including a 17-strikeout performance in a game against Arkansas. That year, he was one of five finalists for the Golden Spikes Award and a semifinalist for the Roger Clemens Award. He was also named to the third-team All-American by the National Collegiate Baseball Writers Association, first-team All-South Region by the American Baseball Coaches Association and second-team All-SEC by the coaches in that conference.

As a junior, he tallied an 11–1 record with a 2.63 ERA. He was the nation's top strikeout pitcher, striking out 194 batters over 1331⁄3 innings, breaking his own school record. His last start against SEC competition came against Mississippi State in the SEC Baseball Tournament. Price pitched a complete game, going nine innings while giving up five hits, two runs, and striking out 11 batters with no walks. His last start at the college level came against Austin Peay in Vanderbilt's first game in the 2007 Nashville Regional. Against Austin Peay, Price retired 17 batters via the strikeout in nine innings of work while yielding just five hits, one run, and two walks. Price won several major national awards, including college baseball's top honor, the 2007 Dick Howser Trophy, and the 2007 Brooks Wallace Award. David Price was the first player to have a clean sweep of all the college baseball awards. In the summer of 2005, Price pitched for the United States National Team. He went 2–0 with a 1.26 ERA in five games, tallying 39 strikeouts and 13 walks over 282⁄3 innings. On August 2, 2005, he pitched a complete game shutout over Nicaragua, only allowing five hits. In the summer of 2006, Price helped the United States take home the gold medal in the World University Baseball Championship held in Cuba. In eight starts for the United States, Price was 5–1 with a 0.20 ERA.

Price signed his first professional contract on August 15, 2007. the six-year contract was worth $11.25 million ($8.5 million guaranteed), including a $5.6 million signing bonus. After the contract was approved by the MLB, he was added to the Devil Rays 40-man roster before being optioned to the minor leagues to begin his career. Price was first assigned to pitch for the Vero Beach Devil Rays of the Class A-Advanced Florida State League. He started six games for Vero Beach, compiling a record of 4–0. He had an ERA of 1.82 with 37 strikeouts in 342⁄3 innings pitched. In his second start in Vero Beach, Price pitched against Pedro Martínez. After moving up through the Rays minor league system to the Montgomery Biscuits of the Class AA Southern League in July, Price was promoted to the Durham Bulls of the Class AAA International League on August 9, 2008. After compiling an 11–0 combined record at Single-A and Double-A, Price received his first professional loss in his first start at Triple-A Durham.

Price made his major league debut with the Tampa Bay Rays on September 14, 2008, against the Yankees. The first MLB hit he allowed was a home run by New York Yankees shortstop Derek Jeter; Jeter would later record his 3,000th hit by again homering off Price in 2011. Price pitched 51⁄3 innings of relief; he made his first major league start with the Rays on September 22, 2008, against the Baltimore Orioles. He was the winning pitcher in Game 2 of the 2008 ALCS against the Boston Red Sox, earning a post-season victory before winning a regular season game. Price recorded the final four outs in Game 7 of the 2008 ALCS, earning his first career save (regular season or postseason; postseason statistics are recorded separately) and eliminating the defending champion Red Sox. Price then pitched 21⁄3 innings in Game 2 of the 2008 World Series against the Philadelphia Phillies; he gave up two earned runs but earned his second postseason save.

In 2012, Price went 20–5 on the season (tying for the league lead in wins) with a league-leading 2.54 ERA, two main reasons why he won the AL Cy Young Award. Price pitched a complete game shutout against the Los Angeles Angels on April 24, 2012, with the final score 5–0. Price pitched in the 2012 MLB All-Star Game. Price got his 20th win against the Chicago White Sox on September 30, making him the first 20-win pitcher in Rays franchise history. In recording the win, he became the youngest American League pitcher (aged 27) to earn 20 wins in a season since 2004. In 2013, Price went 10-8 on the season with a 3.33 ERA and had an American League-leading and career-best four complete games. In the 2013 American League Wild Card tiebreaker against the Texas Rangers, Price pitched a complete game to lead the Rays into the postseason.

In 2014, from June 4 to 25, Price had five consecutive starts with at least ten strikeouts, becoming only the eighth pitcher in major league history to do so. On July 6, Price was named to his fourth All-Star team; he did not participate in this All-Star game due to pitching in a game two days prior, avoiding pitching on only one day of rest. He was replaced by Fernando Rodney. Before a July 31 trade to the Detroit Tigers, Price had a record of 11–8, with a 3.11 ERA, 189 strikeouts, and 23 walks in 23 starts with the Rays.

On July 31, Price was traded to the Detroit Tigers in a three-team deal that sent Drew Smyly, Nick Franklin, and Willy Adames to the Tampa Bay Rays, and Austin Jackson to the Seattle Mariners. In his Tigers debut against the New York Yankees on August 5, Price pitched 8 2⁄3 innings, allowing three runs, striking out ten, and walking none.

On July 30, 2015, Price was traded to the Toronto Blue Jays for Daniel Norris, Matt Boyd, and Jairo Labourt. Price made his debut for the Blue Jays on August 3. He threw 119 pitches in 8 innings, recording 11 strikeouts and a winning decision, while yielding only 3 hits, 2 walks, and 1 earned run in a 5-1 victory over the Minnesota Twins at Rogers Centre. His 11 strikeouts tied José Núñez's team record for most strikeouts in a Blue Jays' pitching debut. On September 5, Price earned his 100th career win, by beating the Baltimore Orioles 5–1. Price finished the 2015 season with an 18–5 record and a 2.45 ERA. Price finished second in Cy Young Award balloting to Dallas Keuchel.

Price next started Game 2 of the World Series, holding the Dodgers to two runs on three hits and three walks in six innings while striking out five, and earning the win in a 4–2 Boston victory, Price also pitched scoreless relief in Game 3. Price started Game 5, with Alex Cora reasoning that a National League park could require a pinch hitter that would cause him to remove his starter early. Price surrendered a home run to David Freese on his first pitch, but then retired 14 batters in a row. He was relieved in the eighth inning with Boston leading, 5–1; Joe Kelly and Sale got the final six outs to clinch the World Series victory. In early November, the New York City chapter of the Baseball Writers' Association of America (BBWAA) announced Price as the Babe Ruth Award recipient, honoring the MLB player with the best performance in the postseason. Later in November, Price was announced as the AL Comeback Player of the Year.

Prior to the 2019 season, Price announced that he was changing his uniform number from 24 to 10, a tribute to his son Xavier, since "X" represents the Roman numeral ten. Price began the season as a member of the starting rotation, pitching to a 1–2 record with 3.75 ERA in six starts, until being placed on the injured list on May 6, retroactive to May 3, due to left elbow tendinitis. He was activated on May 20, starting and getting the win in a game against Toronto. Price was briefly on the paternity list in early August, as his wife gave birth to their second child; at the time, he had a 7–4 record with 3.86 ERA in 20 starts, with 123 strikeouts in 102 2⁄3 innings. Price was placed on the injured list on August 8, retroactive to August 5, due to a left wrist triangular fibrocartilage (TFCC) cyst. He was activated from the injured list on September 1. He pitched that day, then was held out of the rotation due to additional concern about his wrist. He did not pitch again during the season, finishing with 22 appearances (all starts), recording 128 strikeouts in 107 1⁄3 innings and a 7–5 record with a 4.28 ERA.

On February 9, 2020, Price was traded to the Los Angeles Dodgers. On April 15, 2021, Price picked up his first big league save against the Colorado Rockies. On May 27, Price struck out his former teammate and fellow Vanderbilt alum Curt Casali of the San Francisco Giants for his 2,000th career strikeout. Price pitched in 39 games for the Dodgers in the 2021 season, which included 11 starts, and finished 5–2 with a 4.03 ERA. 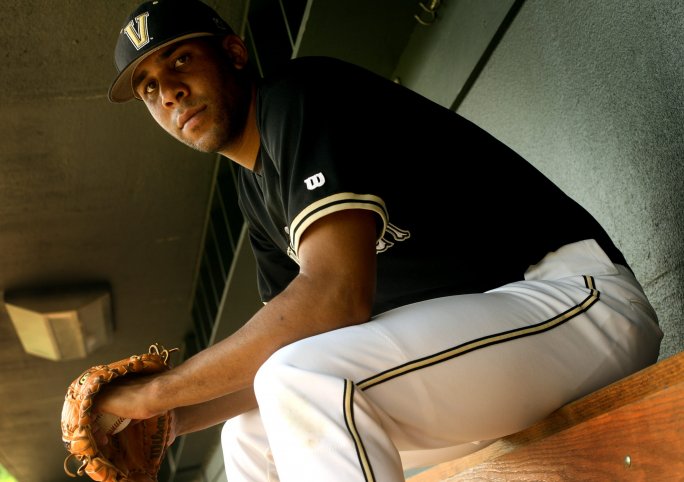 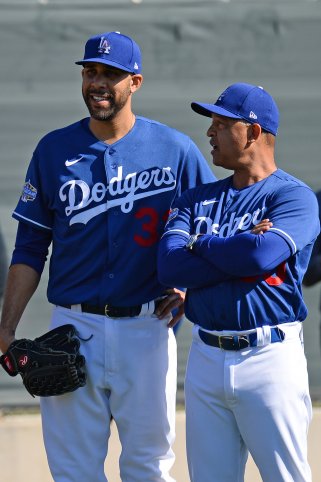 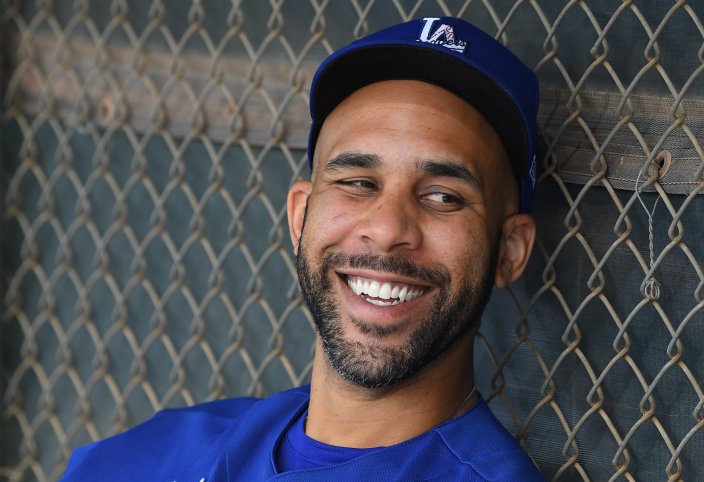 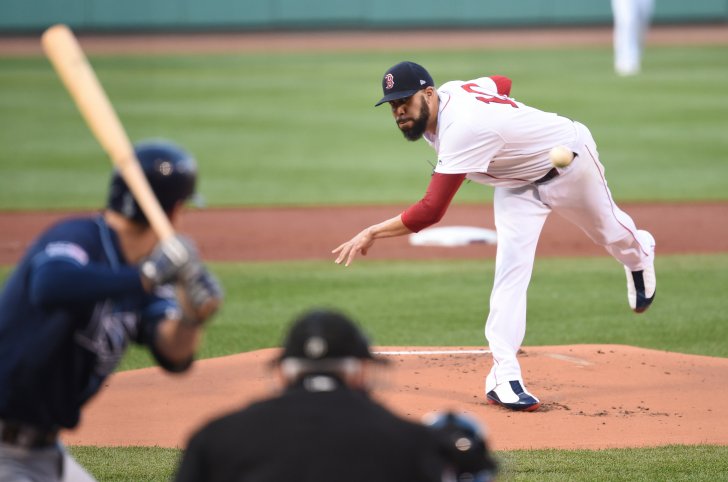 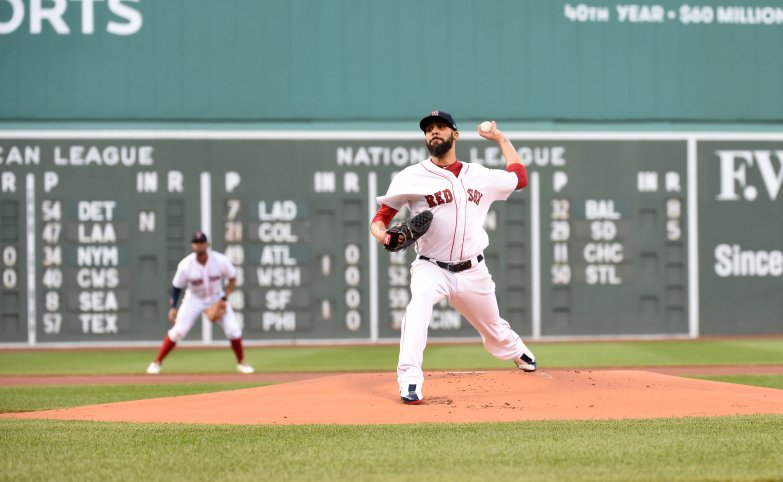 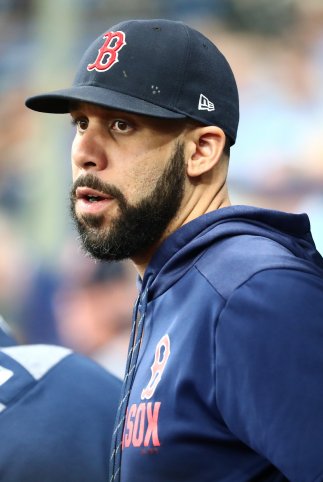 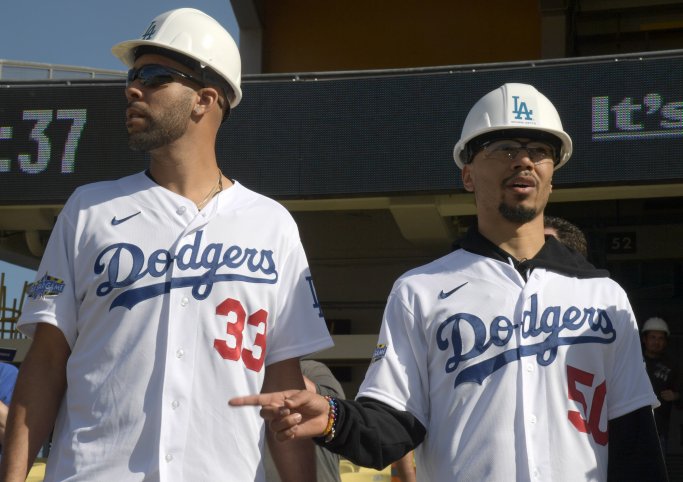 RT @stadiumck: Honoring the Black Aces ♠️ Justin Dunn (@Dunn_Deal19) wanted to honor the Black Aces, which is a group of 15 black pitchers…