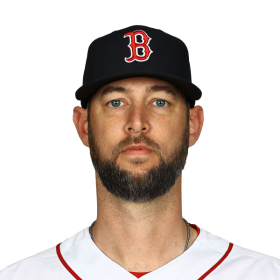 Martin attended Arlington High School in Arlington, Texas, where he pitched for the school's baseball team. In 2004, his senior year, the Texas High School Baseball Coaches Association named Martin to their Class 5A All-State team. The Detroit Tigers of Major League Baseball (MLB) selected him in the 1...

Martin attended Arlington High School in Arlington, Texas, where he pitched for the school's baseball team. In 2004, his senior year, the Texas High Scho...

Martin attended Arlington High School in Arlington, Texas, where he pitched for the school's baseball team. In 2004, his senior year, the Texas High School Baseball Coaches Association named Martin to their Class 5A All-State team. The Detroit Tigers of Major League Baseball (MLB) selected him in the 18th round of the 2004 MLB Draft. Martin did not sign with the Tigers, as he planned on attending college. He enrolled at McLennan Community College, where he played college baseball for the McLennan Highlanders. After his freshman year at McLennan, he received interest from the college baseball programs representing the University of Oklahoma and the University of Texas at Austin. However, he had not taken his studies seriously, and did not have enough course credits to transfer.

The Colorado Rockies of MLB selected Martin in the 21st round of the 2005 MLB Draft. He returned to McLennan for his sophomore season, with the Rockies following his progress while deciding whether or not to offer him a contract. Martin suffered a shoulder injury while pitching for McLennan as a sophomore, and the Rockies opted not to offer him a contract. Martin was diagnosed with a torn labrum in the shoulder of his pitching arm, and he underwent surgery to correct it.

Martin was not selected in the 2006 MLB Draft. After graduating from McLennan, Martin signed with the Fort Worth Cats of the United League Baseball, which is independent from Major League Baseball, for the 2007 season. Though Martin made the team out of their tryout camp, he did not pitch in a game for the Cats due to discomfort in his shoulder. A doctor recommended Martin undergo surgery to repair the labrum and the articular capsule of the humerus. Rather than undergo surgery, Martin quit professional baseball. He went to work loading trucks for UPS at Dallas/Fort Worth International Airport, moving refrigerators for Lowe's, and stocking washing machines and clothes dryers in an appliance warehouse in Arlington.

Martin and Jordan Bostick, a coworker in the warehouse and a former high school baseball teammate, began playing catch in the warehouse. Martin noticed that his shoulder felt stronger, and with encouragement from Bostick, he agreed to attempt to play professional baseball again. In 2010, after three years out of baseball, Martin tried out with the Grand Prairie AirHogs of the independent American Association of Independent Professional Baseball, and signed to play for them. He had a 4–0 win–loss record and a 1.96 earned run average (ERA) for the AirHogs.

Pete Incaviglia, the AirHogs' manager, started contacting MLB teams to discuss Martin. Before the 2011 season, the Boston Red Sox offered him a tryout during spring training. After practicing at their training facility, the Red Sox signed Martin to a minor league contract. The Red Sox assigned Martin to the Greenville Drive of the Class A South Atlantic League to begin the 2011 season. Later in the year, the Red Sox promoted Martin to the Salem Red Sox of the Class A-Advanced Carolina League and then the Portland Sea Dogs of the Class AA Eastern League. Across the three levels, Martin had a 6–2 win–loss record and 2.55 ERA in 23 appearances. Martin pitched for Portland in 2012. He began the season as a starting pitcher, but was moved back to a relief role later in the season. He ended the 2012 season with a 4.48 ERA. In 2013, Martin worked exclusively in relief. He had a 5–3 win–loss record with a 2.25 ERA and five saves in 42 games pitched, split between Portland and the Pawtucket Red Sox of the Class AAA International League during the 2013 season.

After the 2013 season, the Red Sox traded Martin, along with pitcher Franklin Morales, to the Colorado Rockies in exchange for infielder Jonathan Herrera. The Rockies insisted on Martin's inclusion in the trade. Martin began the 2014 season with the Colorado Springs Sky Sox of the Class AAA Pacific Coast League.

The Rockies promoted Martin to the major leagues for the first time on April 25, 2014. Martin made his major league debut on April 26, pitching a scoreless inning against the Los Angeles Dodgers. He pitched a total of 15 2⁄3 innings for Colorado, recording a 6.89 ERA while striking out 14 and allowing 22 hits, before the Rockies demoted Martin to Colorado Springs in June. He pitched the rest of the season for Colorado Springs, where he had a 4.39 ERA.

During the 2014–15 offseason, the Rockies agreed to sign Nick Hundley. The Rockies designated Martin for assignment on January 5, 2015, in order to remove him from their 40-man roster, so that the Rockies could sign Hundley.

The Rockies traded Martin to the New York Yankees on January 13, 2015, receiving cash considerations. Martin competed for a spot in the Yankees' bullpen in spring training, and was named to the Yankees' Opening Day roster. On April 28, 2015, Martin recorded his first career save in a 4–2 victory over the Tampa Bay Rays. Martin began the season with a 0–1 record and a 3.55 ERA in 12 2⁄3 innings pitched across 15 appearances, before he went on the disabled list on May 9 due to tendinitis in his right elbow. The Yankees activated Martin from the disabled list on May 31, and optioned him to the Scranton/Wilkes-Barre RailRiders of the International League. The Yankees recalled Martin from the minor leagues on June 11 for the injured Andrew Miller, and optioned him back to Scranton/Wilkes-Barre on June 19. He finished the 2015 season with a 0–2 record and a 5.66 ERA in 24 games pitched for the Yankees.

After the 2015 season, the Yankees sold the contractual rights to Martin to the Hokkaido Nippon-Ham Fighters of Nippon Professional Baseball's Pacific League for $750,000. At the time, he had a career 6.19 ERA in 36 1⁄3 innings in MLB.

Martin succeeded Hirotoshi Masui in the role of closing pitcher in 2016. He made the Pacific League All-Star team, but injured his ankle in September, missing the end of the regular season and the 2016 Japan Series. He finished the 2016 season with a 1.07 ERA and 21 saves.

On December 15, 2017, Martin signed a two-year, $4 million contract with the Texas Rangers. He recorded a 4.54 ERA in 41 2⁄3 innings pitched in 2018. After the 2018 season, Martin represented MLB in the 2018 MLB Japan All-Star Series from November 8-15. When Rangers' closer Shawn Kelley went on the injured list in May 2019, Martin filled in for him. Martin and José Leclerc received save opportunities when Kelley was injured in July.

On July 30, 2019, the Rangers traded Martin to the Atlanta Braves in exchange for Kolby Allard. On September 11, 2019, Martin pitched an immaculate inning in the bottom of the seventh against the Philadelphia Phillies. 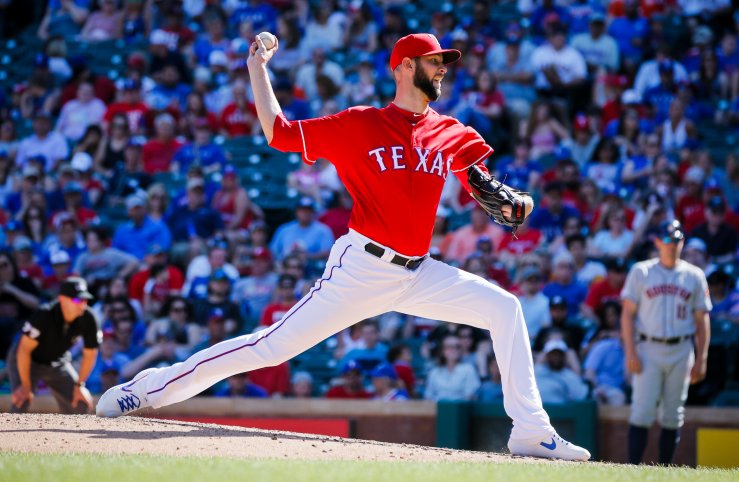 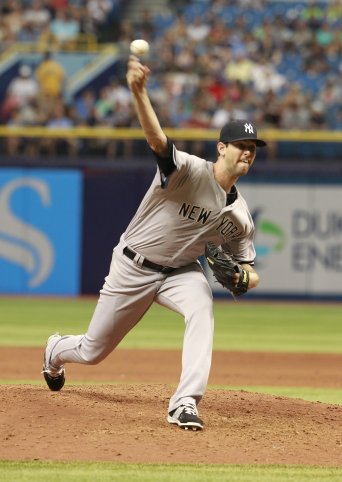 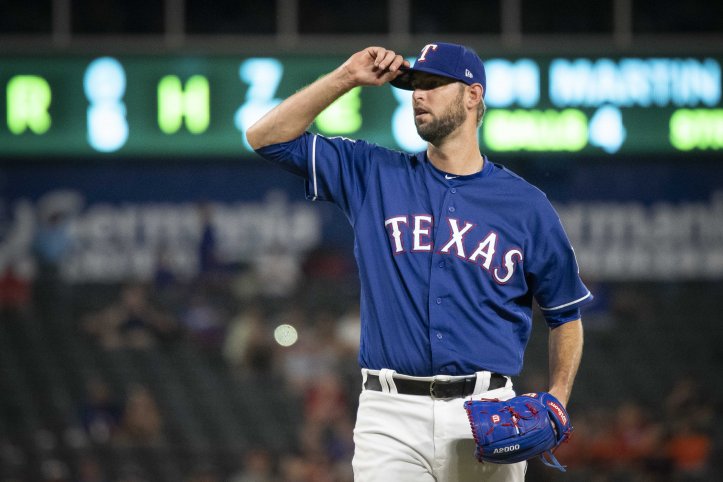 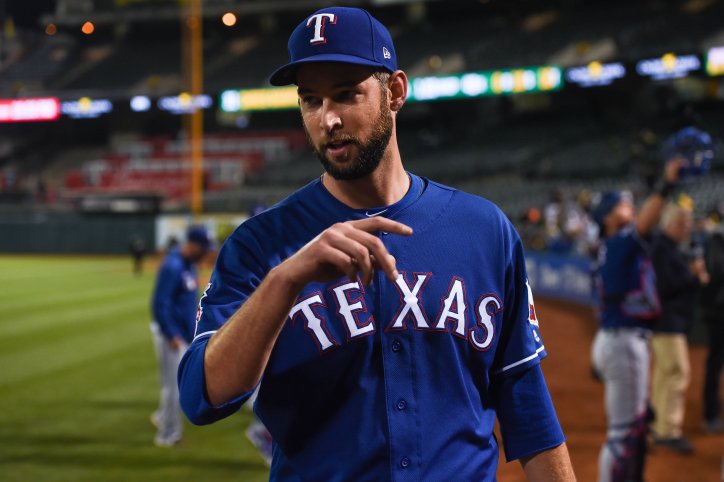 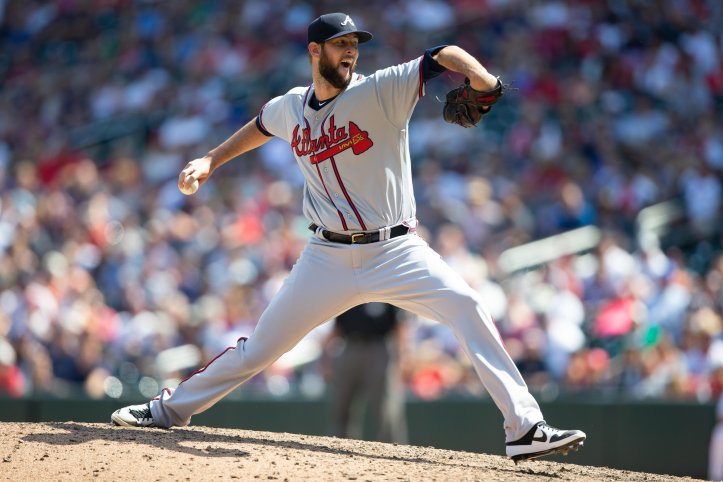 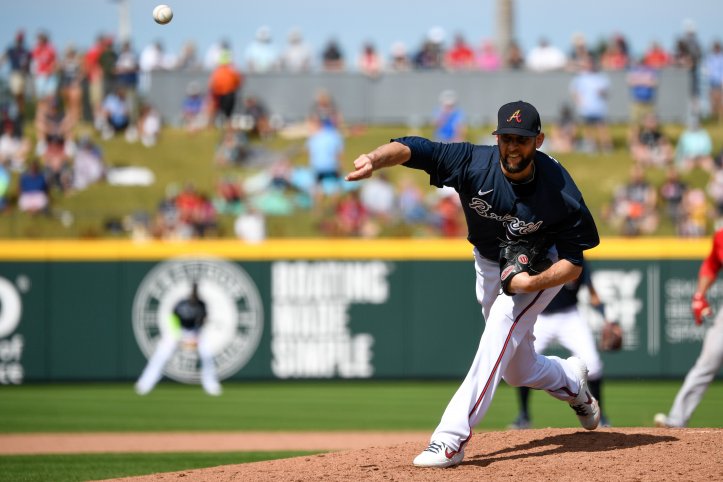 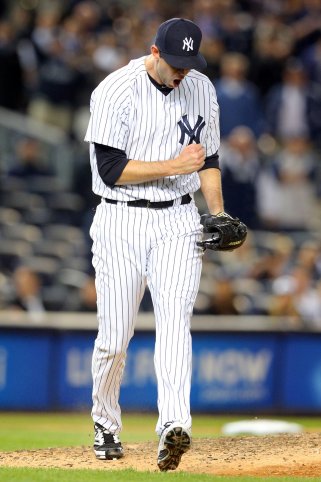 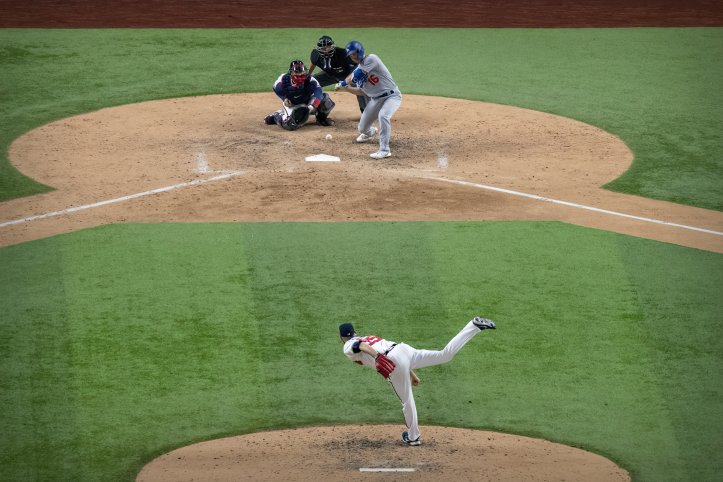 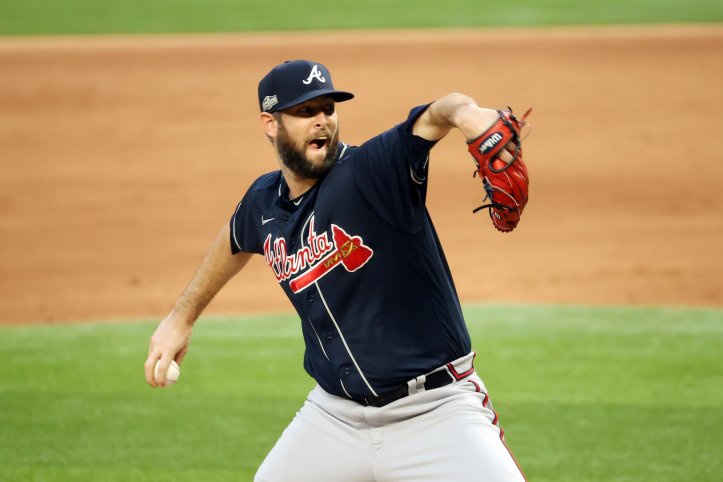 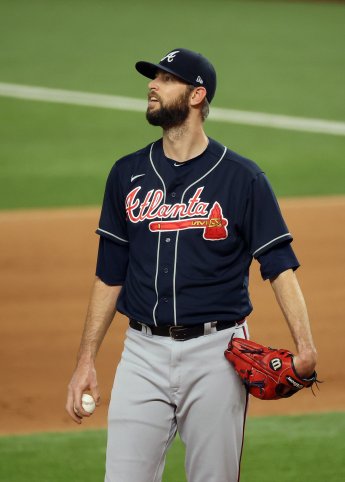