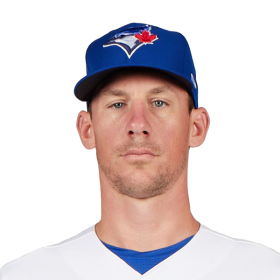 Bassitt attended Genoa Area High School in Genoa, Ohio, where he played school's baseball and basketball teams. In his senior year, Bassitt was named to the All-Suburban Lakes League first team in both sports. He had a 1.56 earned run average (ERA) with 65 strikeouts in 56 innings pitched for the ...

Bassitt attended Genoa Area High School in Genoa, Ohio, where he played school's baseball and basketball teams. In his senior year, Bassitt was named to the All-Suburban Lakes League first team in both sports. He had a 1.56 earned run average (ERA) with 65 strikeouts in 56 innings pitched for the baseball team in 2007, his senior year.

Bassitt was recruited out of high school to play basketball collegiately. He chose to enroll at the University of Akron, where he played college baseball for the Akron Zips baseball team, competing in the Mid-American Conference (MAC). Bassitt took a redshirt in his first year at Akron. In 2009, as a redshirt freshman, Bassitt served as the Zips' closer. He pitched to a 1–2 win–loss record, a 3.52 ERA, and seven saves. In his sophomore year, he pitched in only one game, as he focused on academics. In 2011, his junior year, Bassitt pitched to a 1.42 ERA and limited opposing batters to a .183 batting average against. He was named to the All-MAC second team.

The Chicago White Sox selected Bassitt in the 16th round of the 2011 MLB draft, with the 501st overall selection. Bassitt signed with the White Sox, and was assigned to the Bristol White Sox of the Rookie-level Appalachian League to begin his professional career. In 2013, he began the season with the Winston-Salem Dash of the Class A-Advanced Carolina League, where he was named an all-star. He was promoted to the Birmingham Barons of the Class AA Southern League, and recorded two wins in the Southern League playoffs. After working as a relief pitcher for most of his career, the White Sox used Bassitt as a starting pitcher in 2013. He had pitched to an 11–4 win–loss record, a 3.08 ERA, and 138 strikeouts in 26 games started with Birmingham. After the season, the White Sox assigned him to the Arizona Fall League (AFL), where he pitched in relief for the Glendale Desert Dogs. In the AFL, he had a 0.90 ERA in ten innings pitched.

Bassitt broke his right hand prior to the 2014 season. He made three rehabilitative appearances with the Arizona White Sox of the Rookie-level Arizona League, before returning to Birmingham on July 29. He had a 3–1 record and a 1.56 ERA with 36 strikeouts in 34 2⁄3 innings for Birmingham.

On August 30, 2014, Bassitt made his major league debut in a start against the Detroit Tigers. He had a 3.94 ERA in six appearances with the White Sox. After the regular season, the White Sox assigned Bassitt to Glendale of the AFL, where he had a 0.69 ERA in 13 innings, striking out 22 batters while walking only three.

After the 2014 season, the White Sox traded Bassitt, Josh Phegley, Marcus Semien, and Rangel Ravelo to the Oakland Athletics in exchange for Jeff Samardzija and Michael Ynoa. Bassitt began the 2015 season with the Nashville Sounds of the Class AAA Pacific Coast League, and was promoted to the major leagues on April 23. In 18 games (13 starts), Bassitt finished 1-8 with a 3.56 ERA.

Bassitt's 2016 season became short-lived after 5 starts with a 0-2 record and a 6.11 ERA. On May 5, 2016, it was announced that Bassitt would undergo Tommy John surgery, putting him aside for the rest of 2016. He missed more than half of the 2017 season while recovering from surgery. He was recalled on June 9, 2018 to the A's rotation, his first start in 2 years. He was sent down and back up to the Majors in the following 2 weeks. On March 26, 2019, Bassitt was placed on the disabled list with a leg injury. 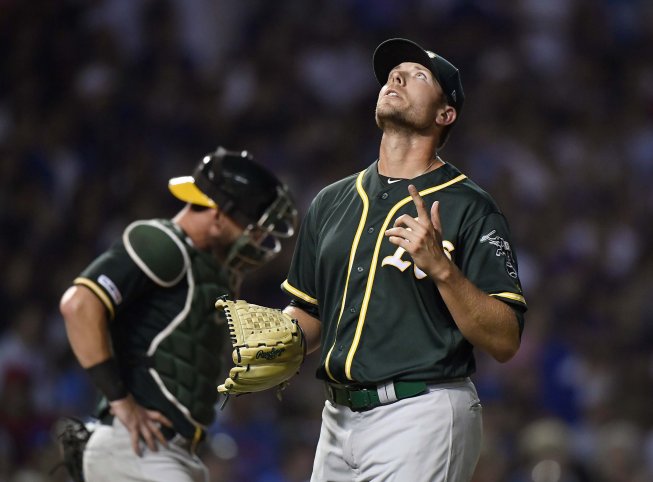 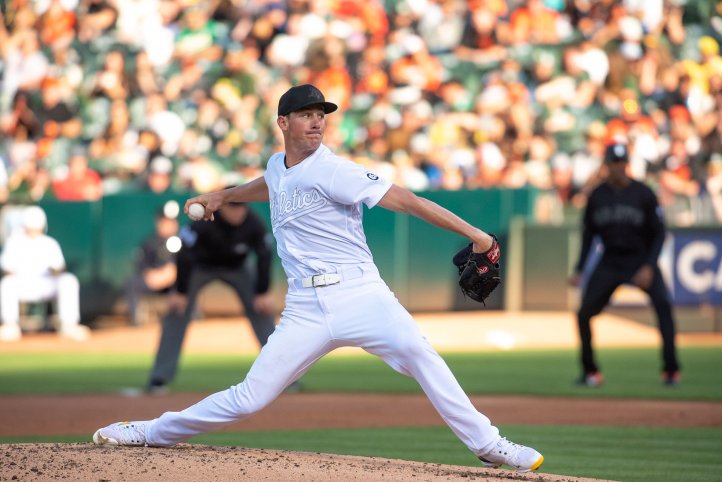 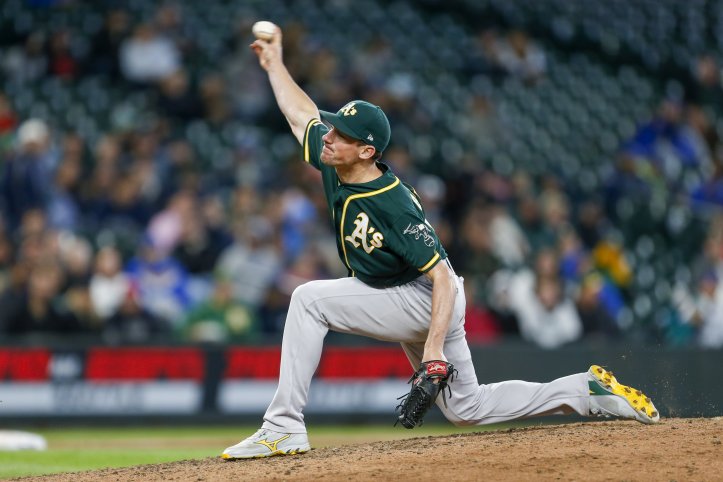 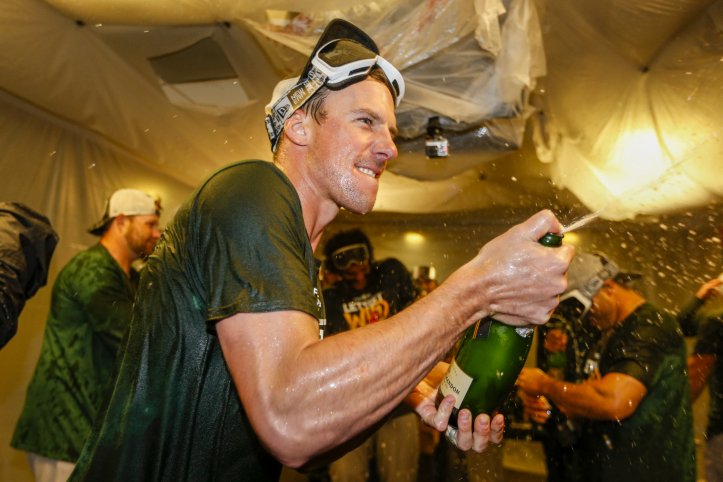 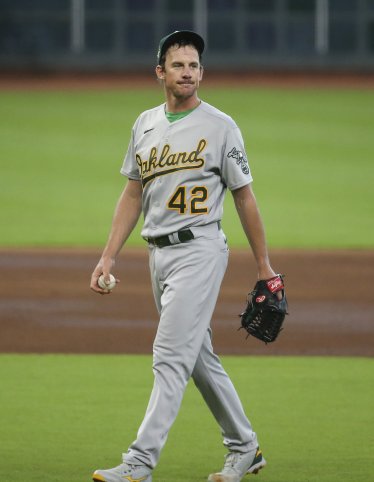 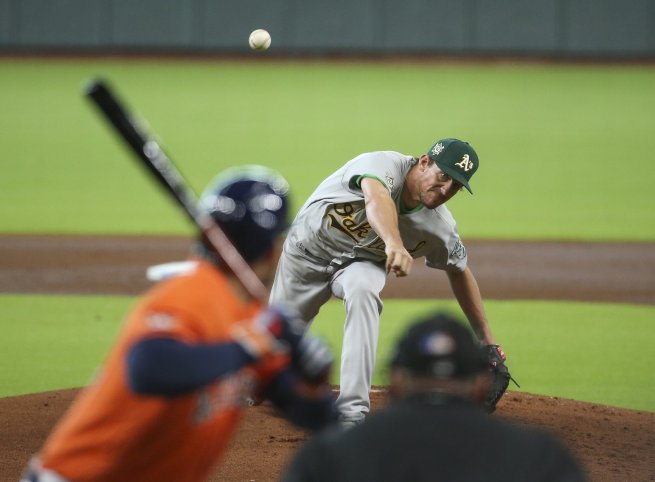 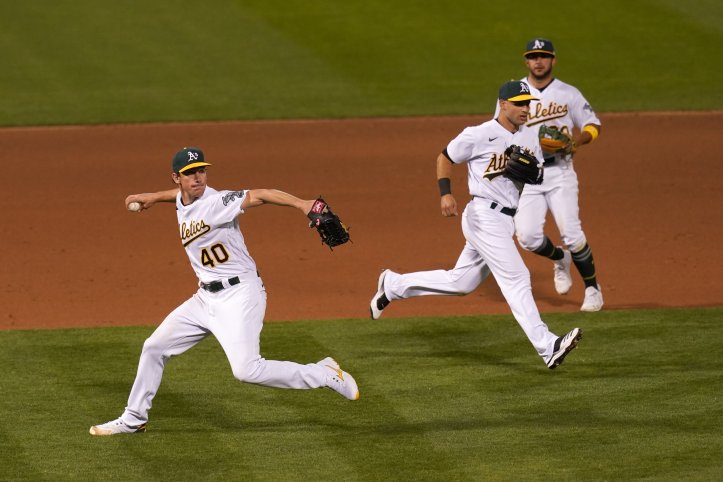 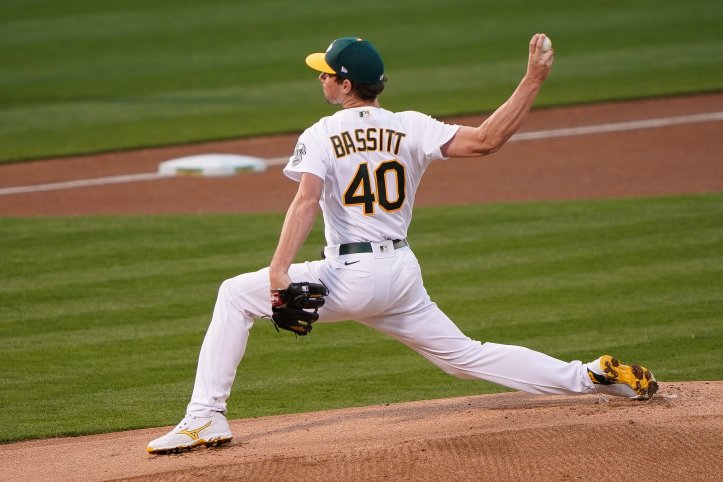 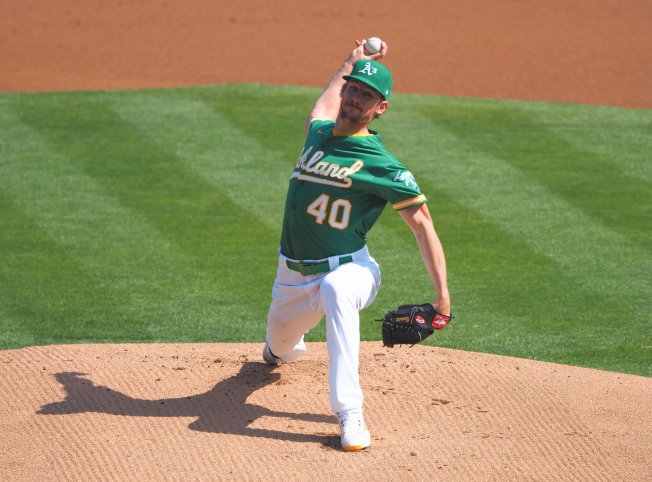 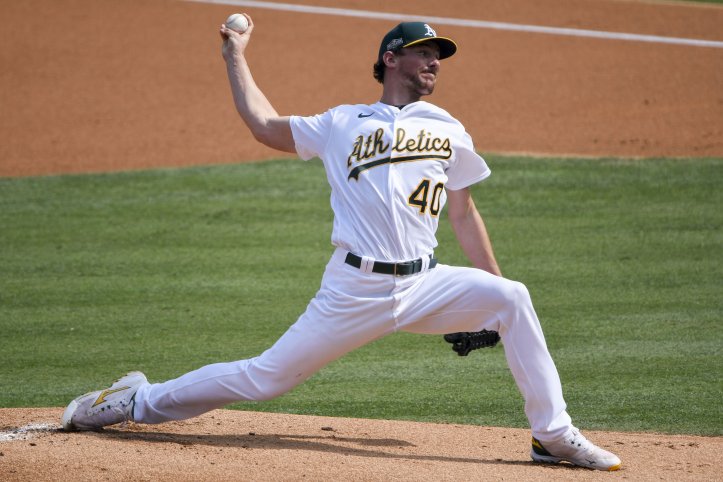 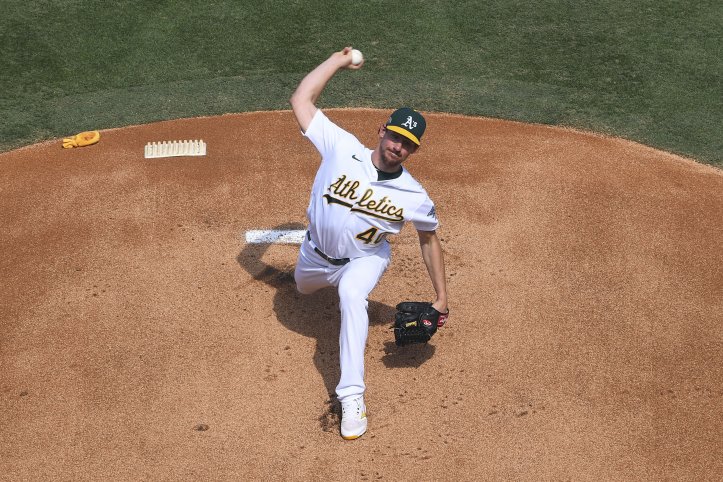 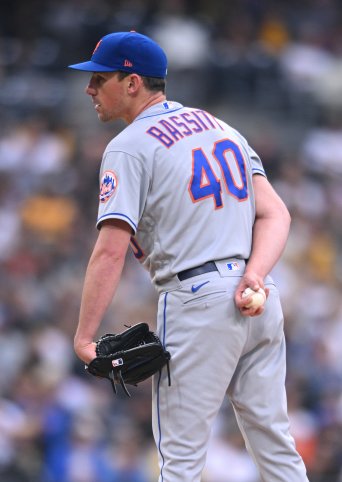 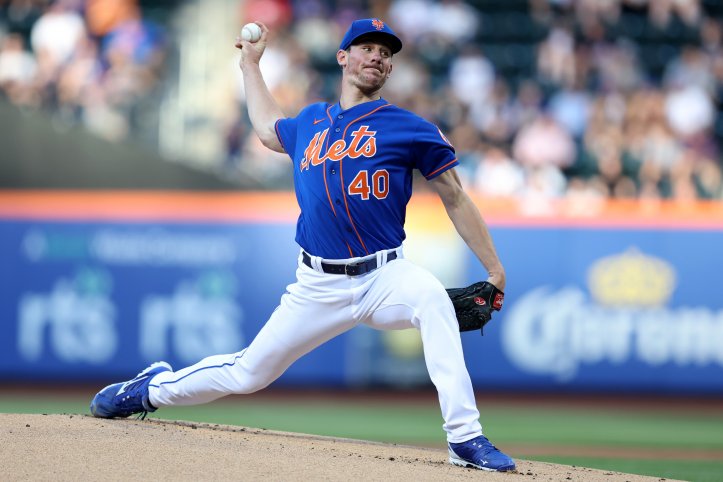 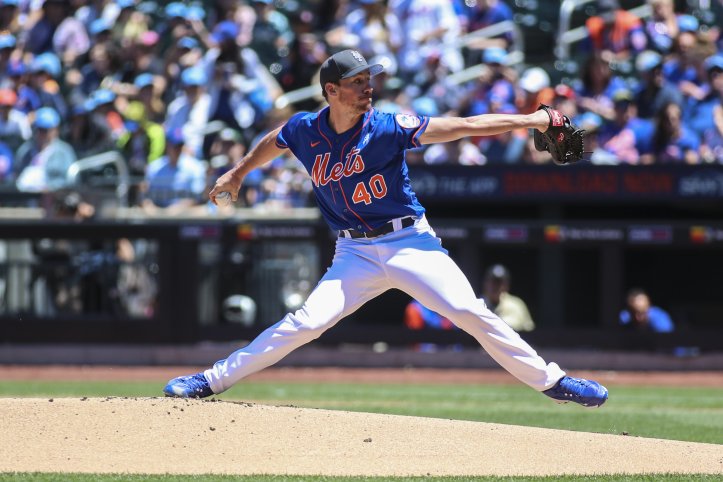 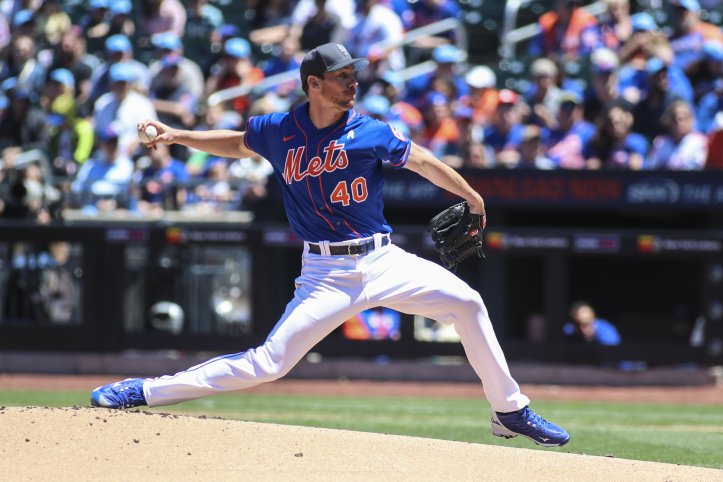 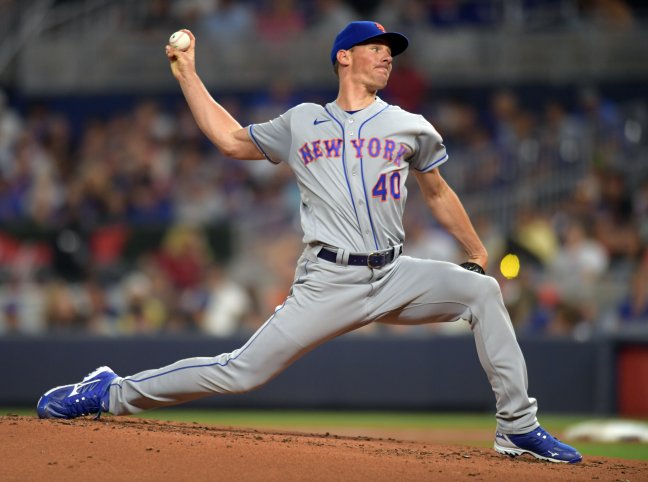