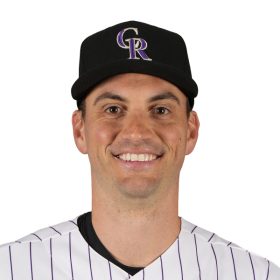 get involved
Players for the Planet

Players for the Planet was founded by Major League Baseball player Chris Dickerson with the goal of uniting professional athletes to create positive change for our environment.

Our vision is to inspire generations to build environmental curiosity, understanding, and respect. We restore hope and heal our urban natural world, neighborhood by neighborhood.

Imagine a world where people live without fear of climate-induced catastrophe or nuclear war. The first step to making this happen is to understand these challenges. Outrider's interactive features and in-depth articles help you learn what's at stake and how you can be a part of the solution.

An experienced team of athletes and academics, climate scientists and ecopreneurs, green business leaders and journalists, devoted to identifying & equipping the Jackie Robinsons and the Megan Rapinoes of the climate crisis to lead climate action.

get involved
The Players Alliance

Moms go above and beyond for us. Give her a gift that does the same. This Mother's Day, honor her with an exclusive "Mama" necklace that helps support and protect moms around the world.

Suter played high school baseball at Archbishop Moeller High School in Cincinnati, Ohio, and college baseball at Harvard University. He was drafted by the Milwaukee Brewers in the 31st round of the 2012 Major League Baseball Draft.

After signing, Suter made his professional debut with the Helena Brewer...

Suter played high school baseball at Archbishop Moeller High School in Cincinnati, Ohio, and college baseball at Harvard University. He was drafted by the Milwaukee Brewers in the 31st round of the 2012 Major League Baseball Draft.

After signing, Suter made his professional debut with the Helena Brewers where he was 4-2 with a 3.92 ERA in 12 games (11 starts). He also played in three games for the Wisconsin Timber Rattlers at the end of the season. He began 2013 with Wisconsin, and after posting a 1.80 ERA in three starts, he was promoted to the Brevard County Manatees and finished the season there, going 7-9 with a 3.63 ERA in 21 games (20 starts).

Sutter graduated from Harvard with a degree in environment Science and Public Policy.  In 2014 he started to take notice of all the waste he was seeing around the world and began using a reusable bottle for his hydration needs.  Now an ambassador for Outrider, Suter is trying to create a similar habit amongst his teammates and his fans.  Thanks to social media, his fans are catching on.

Suter was promoted to the major leagues on August 19, 2016. In 26 games for Colorado Springs prior to his promotion he was 6-6 with a 3.50 ERA. Suter made his MLB debut that night against the Seattle Mariners at Safeco Field. He spent the remainder of the season with Milwaukee, compiling a 2-2 record with a 3.32 ERA in 14 games (12 being relief appearances). Suter spent 2017 with both Colorado Springs and Milwaukee. In ten games for the Sky Sox he was 3-1 with a 4.42 ERA, and in 22 games for Milwaukee, he was 3-2 with a 3.42 ERA. Suter began 2018 with Milwaukee. On May 8, 2018, against the Cleveland Indians, he hit his first career home run off of Corey Kluber that went 433 feet to center field.

Suter began the 2019 season on the injured list as he continued to recover from his Tommy John surgery. He was activated on September 1st and allowed just one run in 18.1 innings in relief and was named National League reliever of the month for September.

In 2020, Suter was nominated for the Roberto Clemente Award. 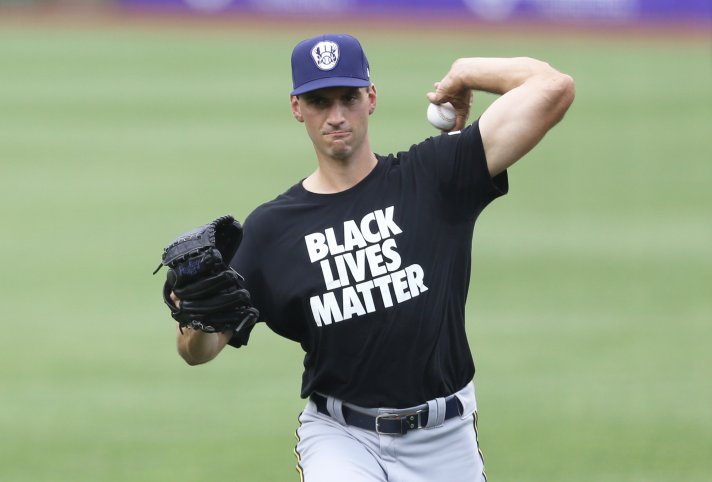 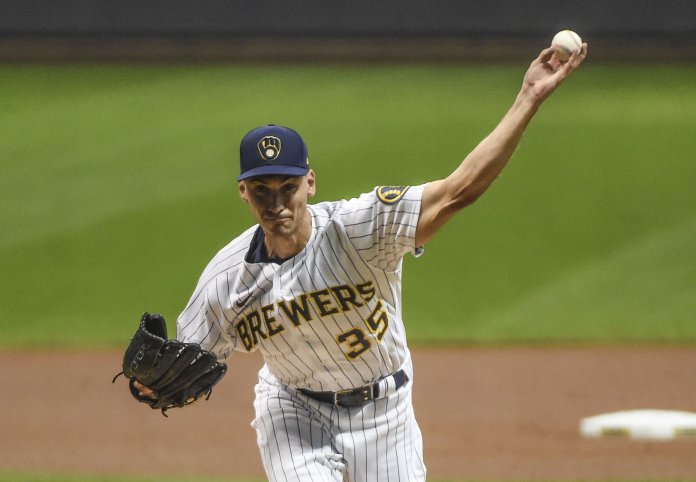 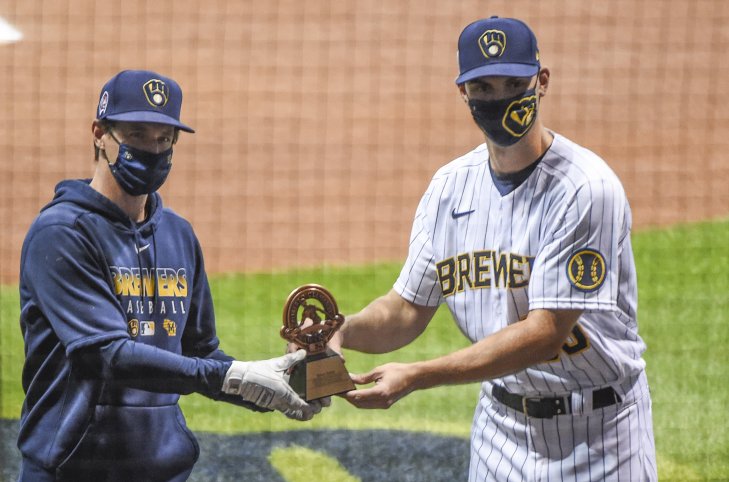 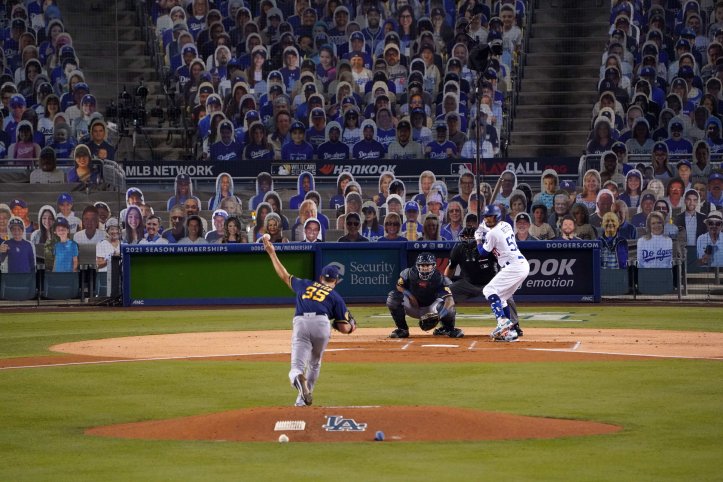 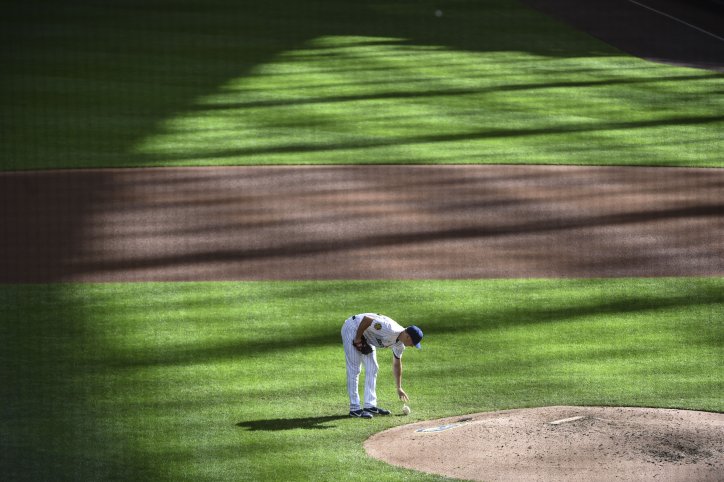 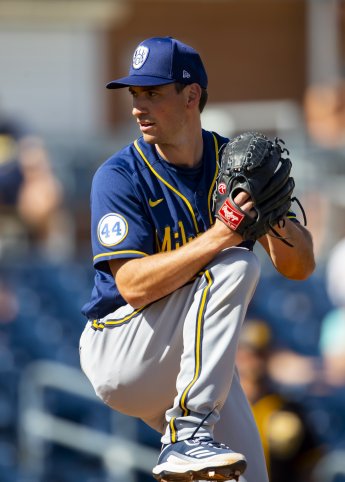 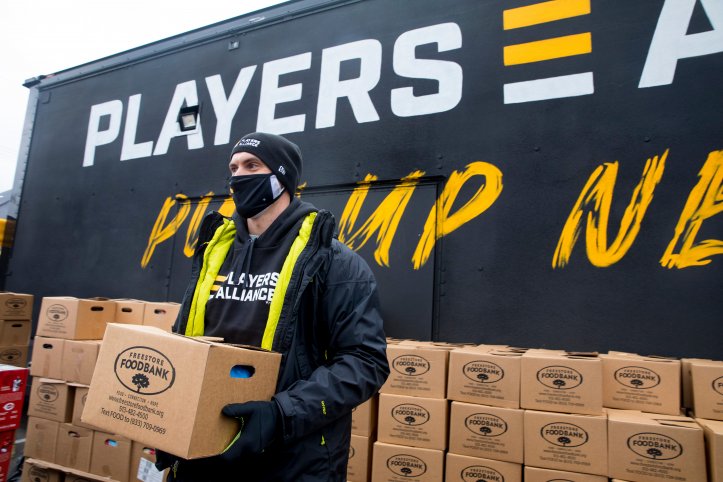 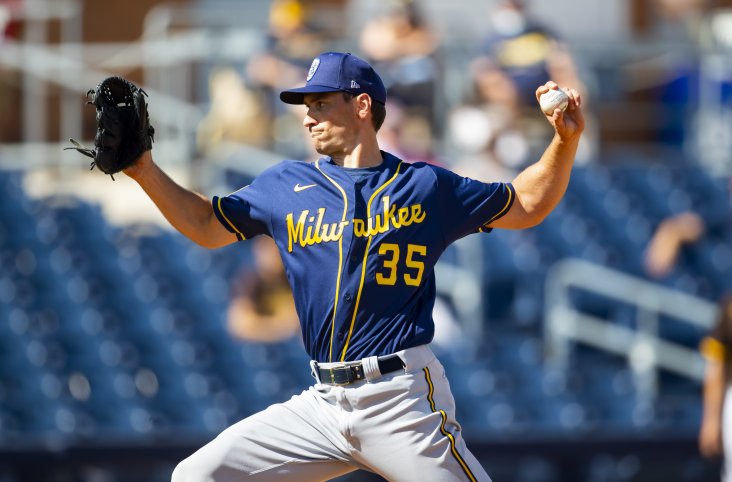 Had an awesome time with the @players4planet Beach Cleanup in the Dominican Republic this past weekend. It was an outstanding event, but our goal is to not need any cleanups some day soon 🙏@Kestdaddy @RobinsonCano @ncboomstick23 @willya02 @LuisUrias03 @EduardoNunez https://t.co/LV3HfzBYdu