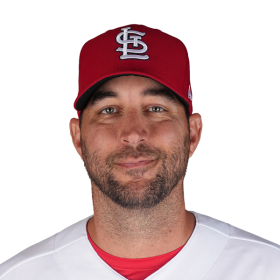 In 2013, Big League Impact hosted its inaugural fantasy football event, Waino’s World, and raised more than $110,000 for St. Louis area nonprofit Operation Food Search and international clean water engineering organization Water Mission. The year was so successful that Wainwright invited other professional baseball players to join him and host leagues in their hometowns. Since 2013, Big League Impact and its community of professional athletes, musicians, and other public figures have raised over $5,800,000 for charitable causes and foundations through events that raise awareness and donations from local philanthropists who are drawn to the causes our players care about. We have worked with over 80 MLB players, and hosted over 200 campaigns and events. For years, Big League Impact has had success bringing awareness to causes that align with its mission and raising dollars to support them. To join the BLI community, or for questions or press inquiries, email us at [email protected]

get involved
Food for the Hungry

The world is hungry, but the emptiness goes far beyond the table. The need is physical and spiritual. People hunger for opportunity, starve for resources, and have been stripped of value. These injustices keep us up at night.

The Atlanta Braves selected him 29th overall in the first round of the 2000 amateur draft from Glynn Academy in Brunswick, Georgia. His performance in the minor leagues brought him notice as one of the Braves' top pitching prospects. The Braves traded him to the Cardinals after the 2003 season, receivin...

The Atlanta Braves selected him 29th overall in the first round of the 2000 amateur draft from Glynn Academy in Brunswick, Georgia. His performance in the...

The Atlanta Braves selected him 29th overall in the first round of the 2000 amateur draft from Glynn Academy in Brunswick, Georgia. His performance in the minor leagues brought him notice as one of the Braves' top pitching prospects. The Braves traded him to the Cardinals after the 2003 season, receiving outfielder J. D. Drew in a deal which has since been considered lopsided in favor of the Cardinals. Wainwright made his MLB debut on September 11, 2005, against the New York Mets.

After spending his first full MLB season as a relief pitcher, Wainwright briefly assumed closer duties, saving the series-clinching games of both the 2006 National League Championship Series and World Series. The next season, he returned to starting pitching, a role in which he has since remained, except for 2011, which he missed due to Tommy John surgery. He emerged as an ace as he led the National League multiple times in wins, innings pitched, and games started. He also has multiple top-ten finishes in earned run average, strikeouts, walks plus hits per inning pitched, and complete games. In 2014, he became the first pitcher in Major League history to post 9 of his first 18 starts with seven innings pitched and no runs allowed. In his career, Wainwright has won more than 150 games, three All-Star selections, two Rawlings Gold Glove Awards and finished in the top three in the Cy Young Award balloting four times.

With 1,830 strikeouts in his career to date, Wainwright is second to Bob Gibson (3,117) in Cardinals franchise history in strikeouts.

On January 28, 2021, Wainwright signed a one-year, $8 million contract to stay with the Cardinals. On April 26, Wainwright pitched a complete game against the Philadelphia Phillies in a 2–1 loss as Rhys Hoskins hit two solo home runs off of him. It was the second such occurrence in his career to pitch a 9-inning complete game and lose since a 2–1 loss to the Los Angeles Dodgers in 2007.

Wainwright picked up his first win of the season in a 6–5 win over the New York Mets on May 3, while also picking up his 1,000th career strikeout at Busch Stadium; joining Bob Gibson as the only Cardinals pitchers with 1,000 strikeouts at their home ballparks. On June 14, Wainwright picked up his 1,900th strikeout against the Miami Marlins. On Father's Day, June 20, he pitched his second complete game of the year, albeit 7-innings against the Atlanta Braves in a 9–1 win; striking out 11 while allowing just one run. On August 10, Wainwright pitched his first shutout since 2016 against the Pittsburgh Pirates at PNC Park in a 4–0 Cardinals win, throwing 88 pitches. At 39, he became the oldest pitcher to record a shutout since Bartolo Colón in 2015. He was subsequently named National League Pitcher of the Month for August after going 5–1 with a 1.45 ERA, striking out 36 while walking just six over 44 innings. On September 3, Wainwright started against the Brewers with battery mate Yadier Molina, marking their 300th start as a battery. They are the fourth battery in MLB history to make 300 starts. The Cardinals won the game 15–4, with Wainwright picking up the win. While facing the Milwaukee Brewers on September 23, Wainwright recorded his 2,000th career strikeout against Luis Urías. Wainwright became the second pitcher in franchise history alongside Bob Gibson to reach the milestone.

On October 1, the Cardinals and Wainwright agreed on a one-year deal for the 2022 season. 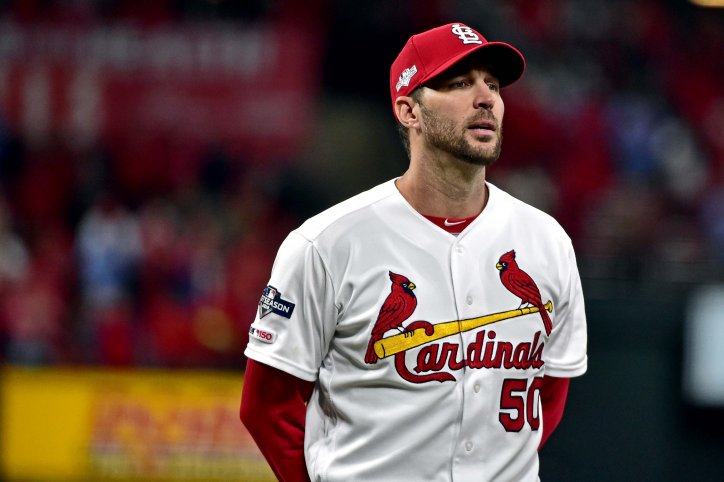 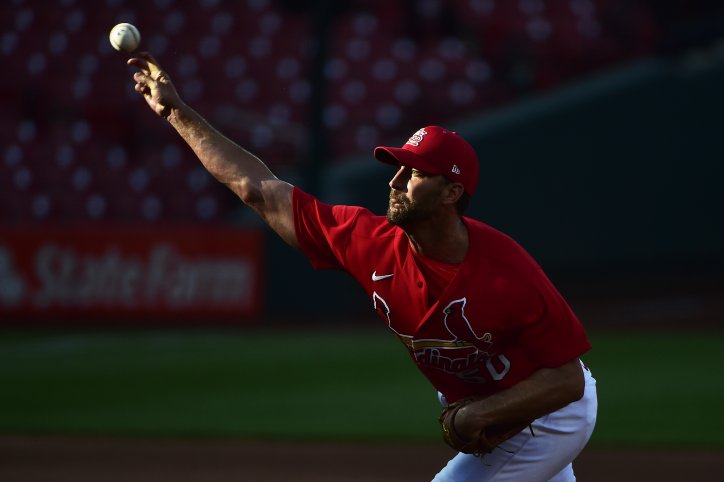 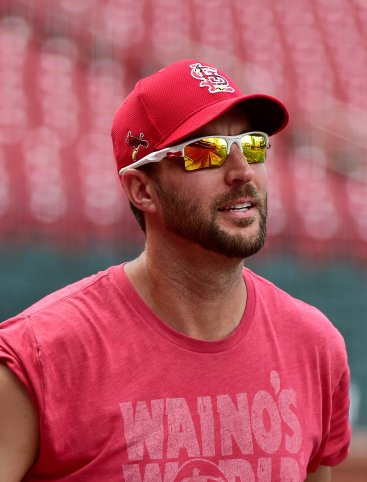 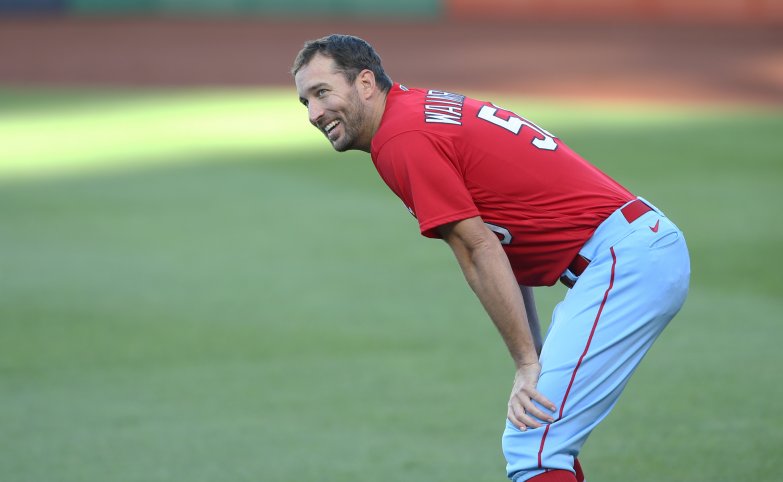 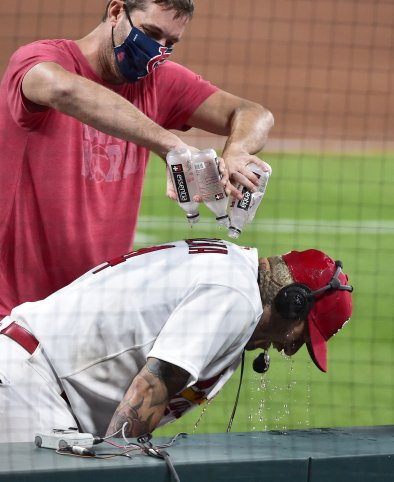 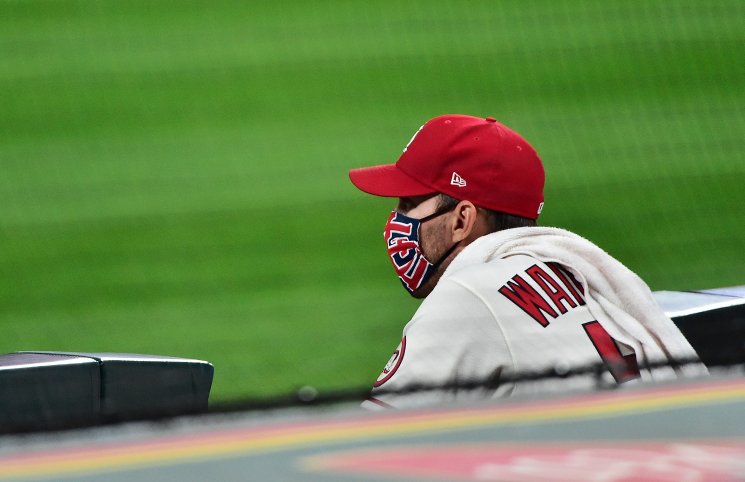 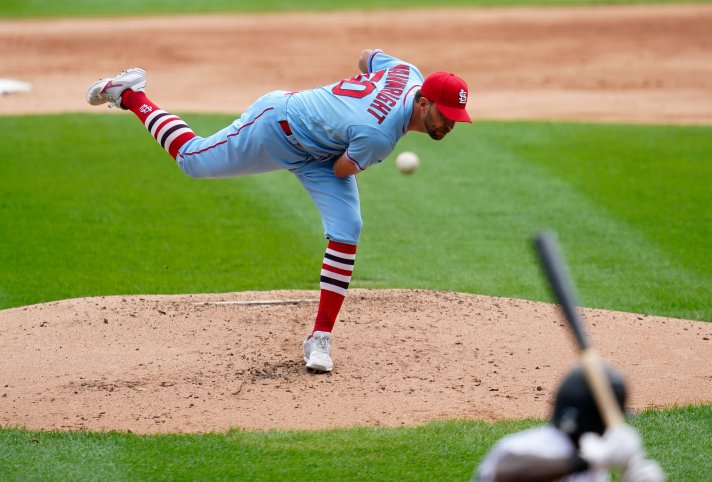 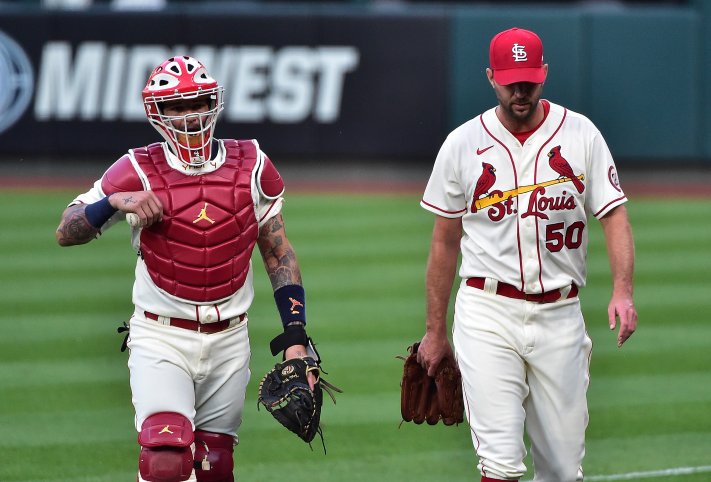 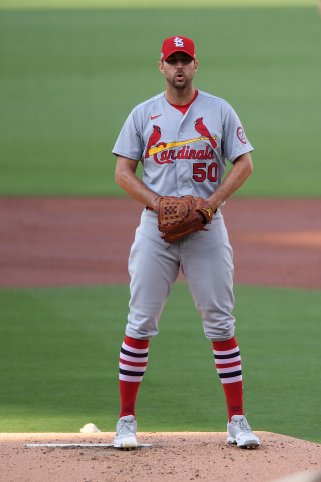 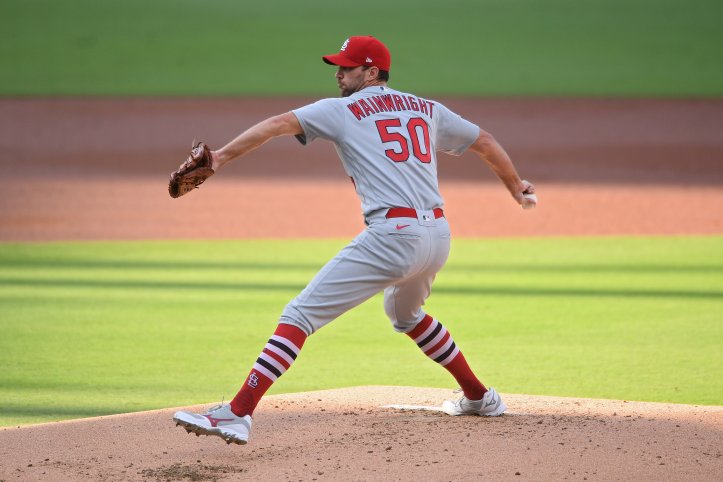 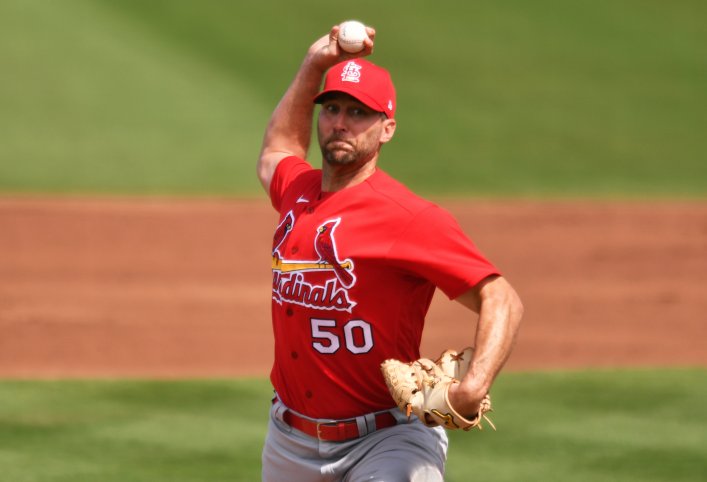 It's time for the main tournament in our @BigLeagueImpact Players Only Fantasy Football League! 48 MLB guys have come together to raise money for charities around the world to help those in need. Who do you think will come out on top? I'll be playing for ⁦@BigLeagueImpact⁩ https://t.co/0eNxTMnHq5