By Steve Tsilimos | Posted 19 days ago 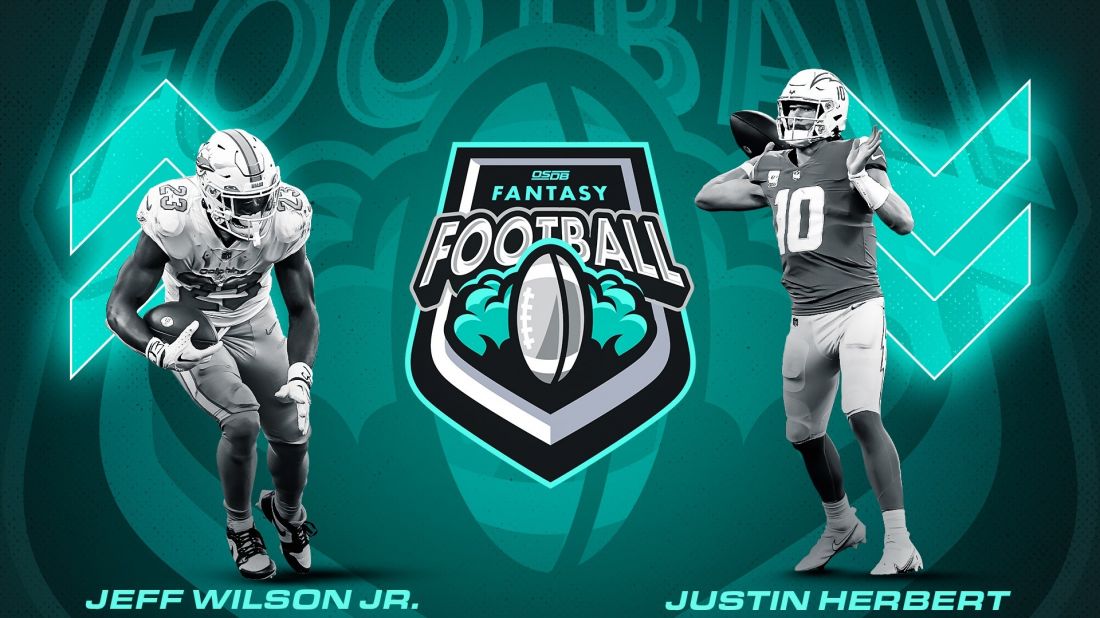 Along with Mixon, WR Davante Adams, QB Justin Fields and TE Dallas Goedert led their respective positions in scoring in Week 9. Outside the top few guys, points were very hard to come by this past weekend, especially at the tight-end position. TEs Teagan Quitoriano and James Mitchell snuck into the top-12 at the position, and neither scored more than eight points.

Now that we are in the second half of the season, it is safe to say that Tyreek Hill and Patrick Mahomes do not need each other. Hill is the top scorer (non-QB) through the first nine weeks. Mahomes is second to only Josh Allen in fantasy points scored this season. The duo was great together, but they are just as great without each other.

The four teams on a bye in week 10 are all in the AFC. The Baltimore Ravens, Cincinnati Bengals, New England Patriots and New York Jets have bye weeks this weekend.

• Packers WR Romeo Doubs (ankle) suffered an injury on Green Bay's first drive and was carted into the locker room. He has been diagnosed with a high-ankle sprain and will miss 2-4 weeks.
• Packers RB Aaron Jones (ankle) exited early on Sunday. Jones was seen with a walking boot on his left foot after the game, but his ankle test returned negative. Jones could be available as early as this week.
• Packers WR Christian Watson was evaluated for a concussion and cleared the concussion protocol. He missed the rest of the game for precautionary reasons due to a head injury in Week 8.
•  Jaguars TE Evan Engram suffered a back injury against Las Vegas. He is day-to-day and is questionable for Sunday.
• Lions RB Craig Reynolds suffered a ribs injury against Green Bay and did not return. His status for Week 10 is questionable.

Throughout the season's first four weeks, Justin Herbert finished as a top-10 QB three times. Over the last four games, he has finished in the top-10 just once. He bottomed out in Week 6 when he finished as QB24 with 9.4 points. Herbert has thrown for the fifth most yards this season, but his 13-5 TD-INT ratio is holding back his fantasy output. Herbert has only been sacked 10 times, which is by far the lowest out of any QB that has played eight games. His struggles seem to be because he has been without one or both of his top WRs in practically every game this season. It’s still unclear how much more time WRs Mike Williams and Keenan Allen will miss, but they both might miss another game as they did in Week 9. The 49ers' defense should make short work of the Chargers' offense if both WRs miss this week.

Brian Robinson Jr. had a peculiar start to his NFL career when he started the year on the IR because he was healing from being shot in the leg. He returned in Week 5 to a limited role, then posted two games with double-digit scoring in Weeks 6 and 7. Robinson Jr. has not done much since his 20 attempts and 73 yards against the Packers in Week 7. The rookie RB’s lack of receiving ability means he gets phased out of games when Washington falls behind. The Commanders are heading to Philadelphia to take on the undefeated Eagles this week, likely resulting in a poor game script for Robinson. There will be better matchups for Robinson to be a Flex player, but it is not this week.

After a putrid start to the season, Robert Woods gave his fantasy managers some hope in Weeks 3 and 4 with two games with more than 12 fantasy points. Since then, he has scored a total of 14.9 points in four contests. He is coming off his worst performance of the year in an OT loss to the Chiefs, where he caught zero of his two targets. Woods's value will rise with the return of QB Ryan Tannehill, but I do not think he will be consistently fantasy relevant. Rookie WR Treylon Burks will be coming off the IR soon, and there isn’t much passing upside in Tennessee right now.

Tyler Higbee started the year as the only Rams’ pass catcher not named Cooper Kupp that could be trusted in fantasy lineups. That seemed to change in Week 9 when Higbee secured one of his two targets for seven yards. Higbee finished with zero points and was only targeted once this past Sunday in the Rams' heartbreaking 16-13 loss to the Buccaneers. The Rams’ TE will be hard to trust, even if his targets return, because of how much the offense is struggling. It is not time to cut Higbee, but it is time to start thinking about benching him.

From Weeks 5-7, Jimmy Garoppolo quietly put together three consecutive weeks as QB9. He was QB14 when he scored over 17 points in Week 8, a game the 49ers defeated the Rams 31-14. The 49ers are coming off their bye which gave the team time to get healthy and get Christian McCaffery more comfortable in the offense. Garoppolo’s ceiling is pretty low compared to other top-10 QBs, but he has established that his floor is high enough to trust as a fantasy starter. Garoppolo should be in starting lineups for the rest of the fantasy season because he has the third easiest remaining schedule for QBs.

Jeff Wilson Jr. accounted for 72 total yards and one TD on 12 touches in his first game as a Dolphin. Miami shipped away RB Chase Edmonds, turned around, and traded for Wilson Jr., who played for coach Mike McDaniel in San Francisco. In Week 9, Wilson Jr. split carries with Raheem Mostert but was much more efficient, running for 5.7 yards per carry compared to Mostert's 2.9 yards per carry. Wilson Jr. proved he could become the lead back, but that is yet to be seen. For now, the former undrafted RB is in a split backfield in a high-scoring offense, making him a strong Flex-play most weeks. In Week 10, Wilson Jr. could push for RB2 numbers with his soft matchup – Cleveland has given up the fourth most fantasy points to RBs this season.

In his first game with the Dolphins, Jeff Wilson Jr. earned the lead job.

Wilson is four years younger and has familiarity with Mike McDaniel's offense. 📈

Allen Lazard returned to the Packers lineup in Week 9 after missing one game due to injury. He had four grabs on 10 targets for 87 yards and a TD in a loss to the Lions. Aaron Rodgers and the Packers' offense have been a shade of their former selves this season, but there are still fantasy points to be had for whoever is Rodgers’ top target every week. In the past six games that Lazard has suited up, he has averaged over nine targets per game, which he’s turned into an average of over 13 fantasy points per game. The Packers' second-leading receiver, Romeo Doubs, is expected to miss multiple weeks, making Lazard a solid WR2 with WR1 upside in fantasy.

Cole Kmet had a brutal start to the season, which was no surprise with how awful the Bears' offense was. Kmet was held under seven fantasy points until Week 8, when he scored his first TD of the season and finished with eight fantasy points. The second-year TE scored two more TDs in the Bears' 35-32 loss to the Cowboys, which was good for Week 9’s TE2. Kmet’s three TDs lead all TEs over the past two weeks. The emergence of QB Justin Fields into a budding NFL-star has skyrocketed Kmet and the other pass-catchers value in Chicago. Kmet has a fantastic opportunity to follow up his best week with another top finish. The reason for the optimism is that Detroit’s defense has given up the third-most points to opposing TEs this season.