By Dylan Butler | Posted 11 days ago 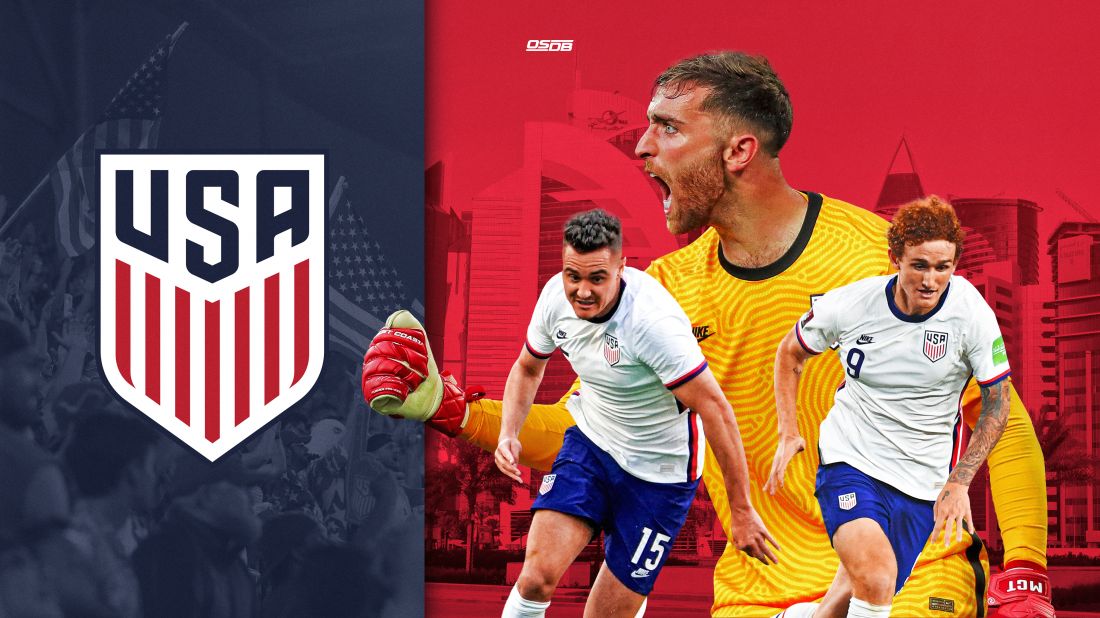 Gregg Berhalter released his 26-man roster for upcoming September International friendlies last week. The matches against Japan Friday in Germany and vs. Saudi Arabia on Sept. 27 in Spain will be the US Men’s National Team’s final tuneups before the team heads to Qatar for the 2022 FIFA World Cup in November.

As is always the case when it comes to USMNT player selection, there’s no shortage of talking points, with fans and pundits alike quick to analyze who hasn’t been called into camp as much as who has.

So, what’s there to learn from Berhalter’s choices? What starting spots are still up for grabs? Who has the most to gain from the friendlies and who appears to be off the plane to Qatar? We’ll take a look at some of the big questions as the World Cup inches closer.

Who will be the starting striker?

That remains the biggest question for the USMNT, bar none. Through World Cup qualifiers, Gold Cup, Nations League, international friendlies, no one has consistently outperformed anyone else in the player pool.

There’s been flashes from a few — Ricardo Pepi early in qualifying and Jesus Ferreira of late — but the player who starts on Nov. 21 against Wales in their Group B opener remains a mystery,

First, it’s important to know what Berhalter is looking for in a No. 9 in his system.

“I think you've watched enough of our games to see how the striker’s being used. It's no secret,” Berhalter told reporters Wednesday. “We use them in a number of different ways. One of them is to drop in and help us, give us an extra man in midfield. One of the ways is to run behind the back line. And then arriving in the penalty box, making good runs inside the penalty box. And then finally, starting our defensive pressure; we want to be a high-pressing team.

“We need forwards that understand the press, know how to use triggers to initiate the press and then actually execute the press well.”

FC Dallas’ Ferreira, who is enjoying a career year with 18 goals and five assists and has helped his squad clinch an MLS Cup playoffs berth, is arguably the frontrunner among the group. The 21-year-old has seven goals in 12 appearances for the USMNT.

“When you look at a guy like Jesus, he checks all those boxes, in terms of what his skill set is,” Berhalter said. “That's how we've been evaluating a lot of these guys and I think that it's a complicated position. But there are guys out there, even not in this camp, that we believe can get the job done and we’ve said that all along, that we believe we have forwards that can do the job.”

Josh Sargent’s current run of form with Norwich in the English Championship has earned him another call-up and the 22-year-old, who has six goals in nine appearances for his club, all coming in his last seven matches.

Sargent has five goals in 19 appearances for the USMNT and it would appear has gotten hot at the perfect time.

“Josh Sargent is another player that has been in great form after scoring a number of goals for Norwich, and his team is close to the top or top of the Championship, which is great,” Berhalter said. “Started in some really big games for us, played in qualifying, played in the [Concacaf] Nations League semifinal, final, has also been around for a while.”

Pepi has struggled since his move to Europe from FC Dallas, but might have found new life on a loan move to FC Groningen in the Eredivisie with the 19-year-old scoring his first goal for his new club Saturday.

Somewhat surprising exclusions for this camp are Jordan Pefolk, the 26-year-old who plays for Union Berlin and Brandon Vazquez, who has 16 goals and five assists to lead FC Cincinnati’s charge toward a first playoff berth. The 23-year-old was seeking his first USMNT call-up, but his lack of international experience is perhaps the biggest strike against his inclusion bid.

“We think he's done well. And for us, it's comparing him to what we have, comparing him to other guys, and then the body of work both with his club and with us,” Berhalter said of Vazquez. “With us, it’s very difficult for him – he doesn't have a body of work. I feel bad for Brandon, I talked to him and I told him, it's not the end, and to continue to do what he's doing and keep himself in the conversation. That's all he can do.”

Who will start in goal?

This looks likely to be a two-horse race, though one of the leading candidates — Middlesbrough’s Zack Steffen — isn’t in this camp due to injury. That opens the door a bit for Matt Turner to perhaps further solidify his spot as the No. 1, though the 28-year-old only featured once for Arsenal since his move from the New England Revolution in the summer, serving as the backup to England’s Aaron Ramsdale.

“I had a chance to sit down with Arsenal's goalkeeper coach [Iñaki Caña] and talk to him about Matt’s development, Matt’s progress. We got to look at some video and see what his starting point was and where he is now,” Berhalter said. “And I think he's made a ton of progress. I got to see training, see him defending shots against guys like [Bukayo] Saka and some more of their talented attacking players. So I think that he's in good form and he's in a decent spot.”

Who can raise their stock the most?

On the backline, Aaron Long is almost certainly the starting center back alongside Nashville SC’s Walker Zimmerman and the New York Red Bulls captain can likely solidify that spot with another strong showing in this camp.

Jedi Robinson and Sergino Dest are penciled in starters at outside back, but there’s pretty stiff competition for depth at fullback. DeAndre Yedlin is the veteran presence among a very young pool who has all-important previous World Cup experience. Joining the Inter Miami fullback is Sam Vines, the 23-year-old from Belgium side Antwerp and 19-year-old Joe Scally, who competes for Borussia Monchengladbach.

And in midfield, Johnny Cardoso was a late add, replacing an injured Yunus Musah, who is part of that nucleus of locked-in regulars under Berhalter. The 20-year-old Cardoso has been regularly starting for Brazilian powerhouse Internacional with three goals and two assists in 10 appearances.

“At center mid, Johnny Cardoso is playing every week in Brazil and we like what he's doing,” Berhalter said before officially announcing Cardoso’s addition. “His team's doing really well.” 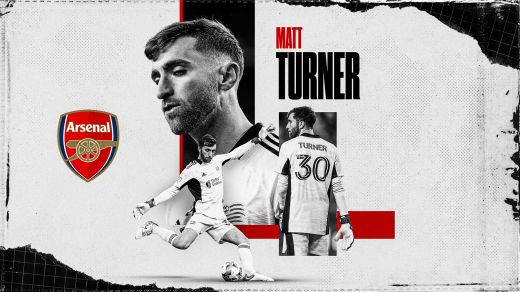 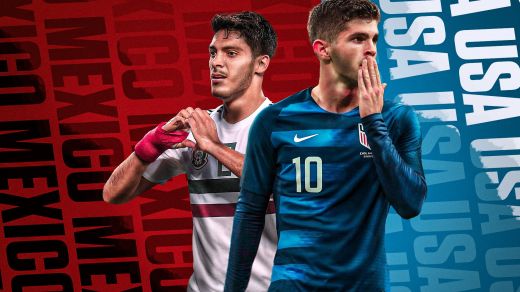 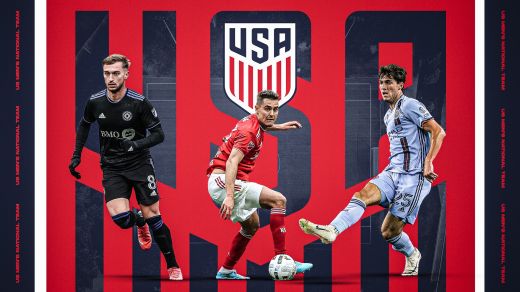 Scrambling for spots on the USMNT 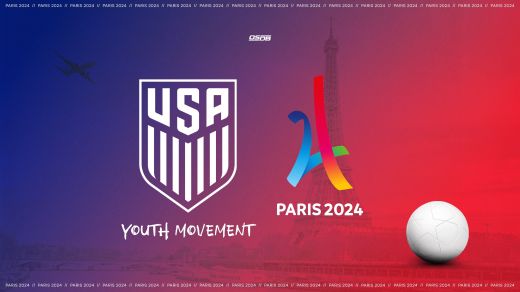 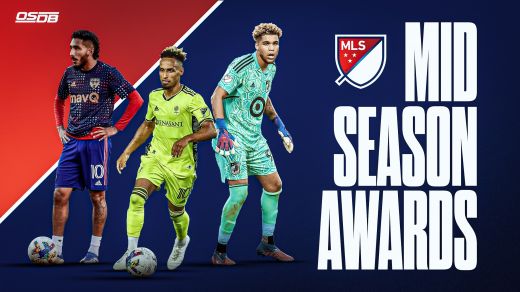 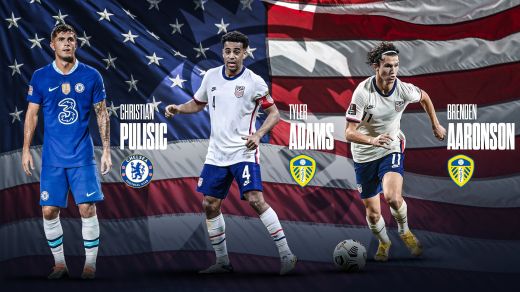