By Cameron Dasilva | Posted 7 months ago 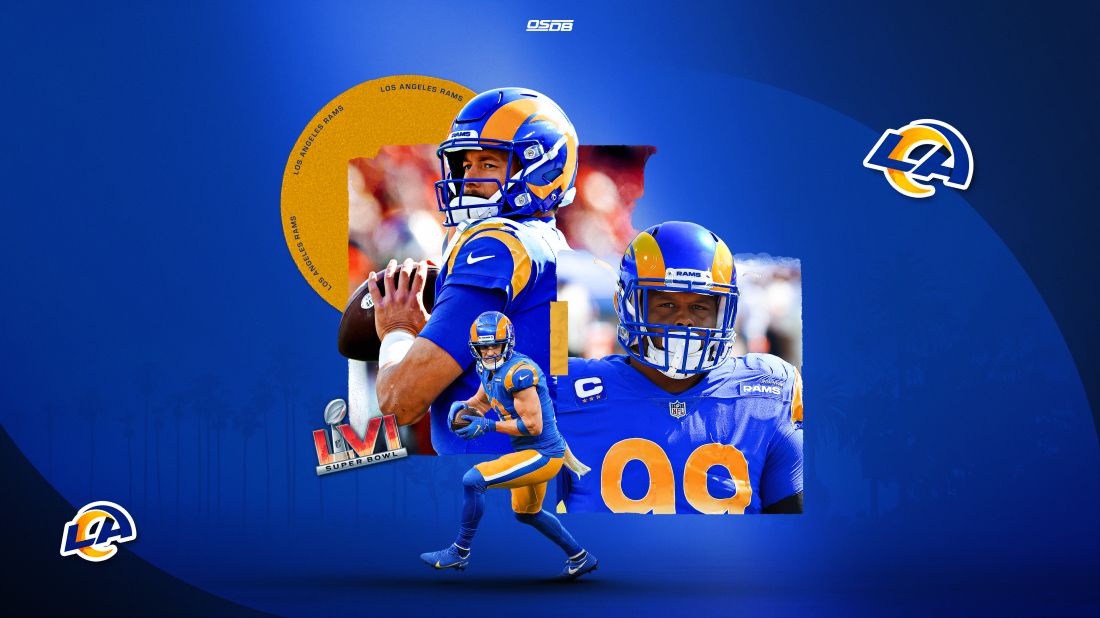 For the second time in four years, the Los Angeles Rams have found themselves playing for a Super Bowl ring. The last time they made the big game, they lost to the New England Patriots, 13-3 – a deflating defeat for a team that scored the second-most points in the NFL that year.

After winning 12 of their 17 regular-season games and beating the Cardinals, Buccaneers and 49ers in the playoffs, the Rams have proved they’re undoubtedly the best team in the NFC – and deserving of a Super Bowl ring. In order for them to capture their first championship since the 2001 season, the Rams will need to beat the up-and-coming Bengals. Cincinnati is a team that came out of nowhere to reach the Super Bowl this season, and though the Rams look like the better team on paper, the Bengals aren’t going to go quietly.

It's a battle between the star-studded team in the NFC and the underrated Bengals in the AFC, which should make for a fantastic Super Bowl.

What makes the Rams special? How can they win Super Bowl LVI?

There are a lot of things to like about this Rams team, and not just because they have a bunch of stars leading the way. Matthew Stafford has turned the Rams into a high-powered offense, while Aaron Donald, Jalen Ramsey and Von Miller give Los Angeles a defense capable of stopping any opponent – even one as explosive as the Bengals’

• Cooper Kupp led the NFL in receptions (145), yards (1,947) and touchdowns (16) this season, becoming arguably the best wideout in football. He’s continued his dominance in the postseason, too, with another 25 catches, 386 yards and four touchdowns, torching the Buccaneers and 49ers in his last two games. The Bengals don’t really have an answer for Kupp in their secondary, though Mike Hilton is a solid slot cornerback.
• The Rams’ pass rush is going to cause serious problems for the Bengals’ offensive line. That’s one area the Rams have a huge edge in, and it could truly be the difference in the game. Los Angeles is pressuring quarterbacks on 31% of their dropbacks this postseason, which is a stunningly high rate. The Bengals allowed nine sacks against the Titans in the divisional round, so this is obviously a mismatch for Cincinnati.
• Jalen Ramsey is the ultimate eraser at cornerback, which is critical to have against a wide receiver as talented as Ja’Marr Chase. The Bengals have other great receivers such as Tee Higgins and Tyler Boyd, but Chase just turned in the best rookie season ever by a wide receiver. The Rams need to keep him in check and the easiest way to do that is by sticking Ramsey on him. If the Rams can take away Joe Burrow’s favorite target, it’ll go a long way.

Everyone knows about Stafford, Kupp, Ramsey and Donald, but the Rams are more than just a collection of stars. There are a number of other key role players who have stepped up to complement that group, and that’ll need to be the case on Sunday.

Rob Havenstein will need to play well at right tackle, as will Andrew Whitworth on the left side as the Rams try to keep Stafford upright. On defense, cornerback Darious Williams must play better than he has in the last two games when Mike Evans and Brandon Aiyuk beat him multiple times. At safety, Nick Scott needs to turn in another strong performance, patrolling the middle of the field against the Bengals’ deep passing attack.

Why the Rams may fall short in Super Bowl LVI

• There are definitely some concerns about the Rams in this matchup. The interior of their offensive line is slightly undersized and will be going up against a massive Bengals front, led by D.J. Reader and B.J. Hill. Running the ball could be difficult against Cincinnati’s defense, which will make the Rams a one-dimensional offense. When that happens, Stafford can tend to become turnover-prone; he led the NFL with 17 interceptions this season. The Rams are capable of leaning on Stafford’s arm to win a game, but there’s also plenty of risk that comes with that if they can’t run the ball.
• The Rams have Ramsey, but the Bengals’ receiving corps as a whole holds an advantage over the Rams’ secondary. Tee Higgins has an edge on Williams when they match up on the outside, and Tyler Boyd’s quickness could cause problems for David Long Jr. in the slot. Even if the Rams use Ramsey to shadow Chase on the outside, it will leave the Bengals with two favorable matchups on offense.
• The inside linebacker spot has been an easy target for opposing teams. Troy Reeder struggles in coverage and with tackling, while Travin Howard and Ernest Jones are both inexperienced, too. Assuming the Bengals use a quick passing attack to counter the Rams’ pass rush, I would expect a lot of passes to the running backs, tight ends and slot receivers over the middle, testing the Rams’ linebackers. When that happens, the Bengals should have success attacking the Rams’ linebackers and picking up yards after the catch.

Key players the Rams must stop

First and foremost, they must contain Chase. He’s been a nightmare to defend, especially in the last six games. He caught nine passes for 116 yards in the Wild-Card round against the Raiders and had another 109 yards in the Divisional Round. He was held in check against the Chiefs, but he still caught six passes and scored a touchdown despite only gaining 54 yards. Four of his seven 100-yard games have come since Week 16, and on the year, he’s topped 200 yards twice. If the Rams can’t cover him, he could win Super Bowl MVP.

Joe Mixon is the other key player to stop. The Bengals aren’t a great running team, but Mixon is a versatile back and can pick up yards both on the ground and as a receiver. He’s caught 26 passes in his last five games and has 296 yards from scrimmage this postseason, averaging 4.6 yards per touch. The Bengals will try to run the ball, especially on first down, and if they have success, it’ll keep them in manageable situations on second and third down.

It’s hard to go against the Rams in this one. They’re at home and playing some of their best football in the postseason, peaking at the perfect time. They blew out the Cardinals in the first round, should’ve blown out the Bucs in the second round and were clearly the better team than the 49ers despite starting slow in the NFC title game. As long as their pass rush continues to generate pressure on Burrow, and so long as Stafford doesn’t throw three interceptions, I really like the Rams to win this one.