By Holly Cain | Posted 13 days ago 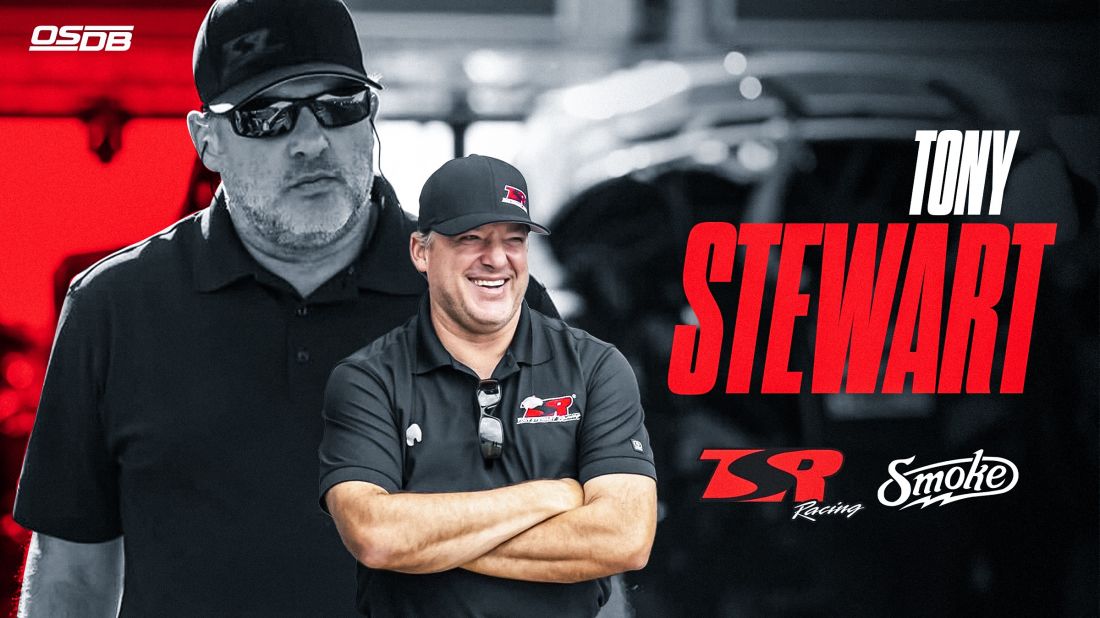 Of course, auto racing superstar Tony Stewart was up for the adventure. From the Indianapolis 500 to the Daytona 500 to the staging lanes of Pomona, Ca, the legendary racer is broadening his resume. Again.

And as only celebrated racers would do, Stewart and Pruett celebrated their marriage at top speed this year, with Stewart starting NHRA Top Fuel and Funny Car teams and making his drag racing debut in the sport’s version of Triple-A ball, the Top Alcohol class.

Not only did the Tony Stewart Racing’s NHRA team hoist trophies in its 2022 inaugural season, Pruett fittingly delivered the new team its first Top Fuel trophy with a victory this summer. And popular veteran driver Matt Hagan went into the last race of the season last weekend still contending for the Funny Car class championship -- ultimately finishing third.

“We’ve won five events and had one team still with a shot at racing for the championship,’’ Stewart said. “I don’t think you could ask for more than that honestly.

“I’ve had fun with it all year. I enjoy it. Everybody’s family here.”

The reception from inside the NHRA pits was immediate and has proven to be both genuine and long-lasting. It’s high on the “cool” scale to have such a decorated owner coming from outside drag racing fall in love with the brand of competition enough to want to fully commit in this manner. And for Stewart, the experience has been nothing but positive.

He didn’t “need” to have another team in yet another racing series. He wanted to.

“As a whole and from day one, they welcomed me,’’ Stewart said. “It didn’t take long for me to meet people either in staging lines or have crew guys coming over to talk or to get to know the guys on Leah’s team. It was very nice to have that feeling of being welcomed into it, even though I was just the quote unquote, “trophy boyfriend” in the doorway.

“But it was really cool to meet all those people and see how much they went out of their way to not make me feel like an outsider and how they made me feel welcome in the sport,’’ Stewart continued.

And Stewart insists, his brief time “all-in” has been exactly what he hoped it to be both from a competitive side and a sense of that belonging. One thing he understands is driving fast cars and owning them. And he has not been disappointed.

“It’s everything I expected, honestly,’’ Stewart said. “I didn’t go into it blind. I’ve been with Leah [Pruett]  for a couple years and had gotten to really be in the middle of it, be a part of it.

“At first, obviously I didn’t own a team, but I was able to be around it and be integrated into it as “Leah’s Boyfriend” at the time. So, I knew what I was getting into. I had the chance to be close enough to be in it and at same time be outside enough to see the big picture of it and ask questions and learn.’’

The result is exactly the kind of first-class -- and winning -- operation expected of Stewart, who not only won championships as a driver but has also won as a team owner in both NASCAR and the World of Outlaws.

“There never was a big master plan of anything or big project to take on,’’ Stewart insisted. “It was just like being a [NASCAR] Cup owner and being a track owner, there was never any master plan for any of it. I got to where I went to enough [drag] races that I genuinely loved the sport. I love everything about it. You won’t go to any other form of motorsports that’s going to have the horsepower these cars have. Just the atmosphere and the camaraderie and the diversity of the sport,”

Not too surprisingly to those that know Stewart well or those that have followed his career, he has immersed himself in the competition. He attended the famed Frank Hawley drag racing school and last month formally debuted his straight-line speed in a Top Alcohol dragster -- which is slower than the professional dragsters but looks and races similarly.

He purposely kept his expectations low and concedes he was surprised by the interest sparked by his participation. The “Smoke” fans – a nod to his longtime racing nickname – were out in full force for the qualifying and elimination runs. His father and sister came to watch too.

“I set my expectations low, I set my goals low, it was literally just about gaining experience,’’ Stewart said. “I’ve had so many people – because I’ve run Leah’s car and tested the alcohol car – every weekend ask me nonstop, ‘when you gonna race? When you gonna race?’’ And now we can say, we raced.

“But I really enjoyed it. I enjoyed everything about the weekend. I enjoyed getting to still be a car owner and watch my cars run and also get a chance to compete myself. It makes for a busy weekend, but at the same time I enjoyed that.

“Being able to do new things with people that have known me my entire career, and people that showed up just to watch us race, that was really cool.”

Although Stewart didn’t win in his debut -- the learning experience certainly piqued his interest and he said he is open to getting back behind the wheel of a Top Alcohol dragster again next season.

The reception he has received walking around track across the country and from learning about the sport with his team in the “pits” has re-energized Stewart. And it’s been a genuinely beneficial mutual admiration society.

“There’s drag racing everywhere,’’ Stewart says of what he’s learned. “When you come from a circle track background it’s just not in your lane, not in your world, just different. But you realize how many people across the country are into drag racing. Just like the way we are in sprint car racing or NASCAR.

“When you get into something you realize how big it really is and what the scope and span of it really is.

“The best part of it with the fans and crew people – everybody top to bottom when you go to an NHRA event, whether it’s drivers, owners, crew members, officials, fans, they are like, ‘thanks for being a part of this’ and that’s something I really appreciate.”